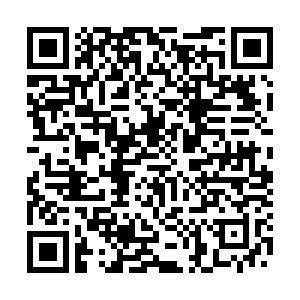 The Chinese Foreign Ministry on Thursday rejected an EU report accusing China and Russia of running disinformation campaigns, saying China is a victim, not a fabricator, of disinformation.

"The report is selective when it make mentions of China, and doesn't mention a single word about those who fabricate genuine disinformation that is anti-China and anti-science," Foreign Ministry spokesperson Hua Chunying said at a daily briefing in Beijing when asked about a 17-page report published on Wednesday accusing Moscow and Beijing of mounting targeted coronavirus disinformation campaigns to undermine European democracy.

In the report, titled "Getting the Facts Right," Brussels accused China and Russia of engaging "in targeted influence operations and disinformation campaigns around COVID-19 in the EU, its neighborhood and globally." 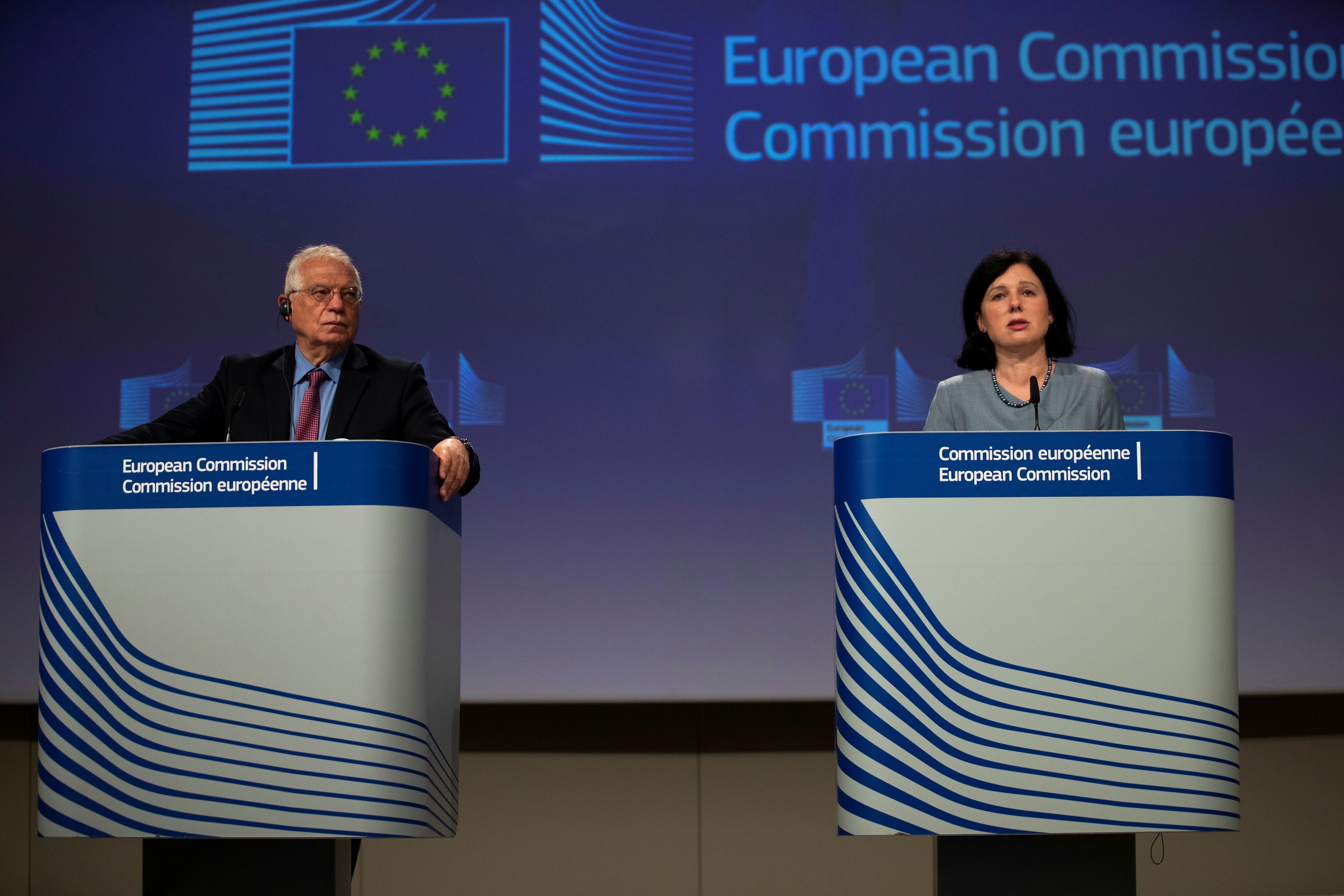 The European External Action Service has leveled this accusation before. In May, it claimed China was deflecting blame and using the pandemic to "enhance their image abroad," but this is the first time the EU executive arm has publicly named China.

"We are clearly mentioning Russia and China and we have sufficient evidence to make such a declaration. It's very evidence-based," said Vera Jourova, vice-president of the European Commission in charge of values and transparency. "I strongly believe that a geopolitical EU can only materialize if we are assertive and name the issues we face."

We have noticed that Russia has also rejected the allegations, Hua told reporters.

Anyone without bias and prejudice should be clear about who really is the biggest creator and spreader of misinformation concerning the COVID-19 pandemic, and the false accusation against China over the issue is itself part of this misinformation, Hua said.

And the EU is aware of whether or not someone inside the union was spreading such misinformation, she added.

China has reined in the epidemic in a very short period of time by implementing strong supervision and taking on its responsibility, and it has also been upholding the concept of a community with a shared future and providing assistance and support within its capability to other countries in need, Hua noted.

"We have never, and never had the need to brag or use misinformation to enhance our image." 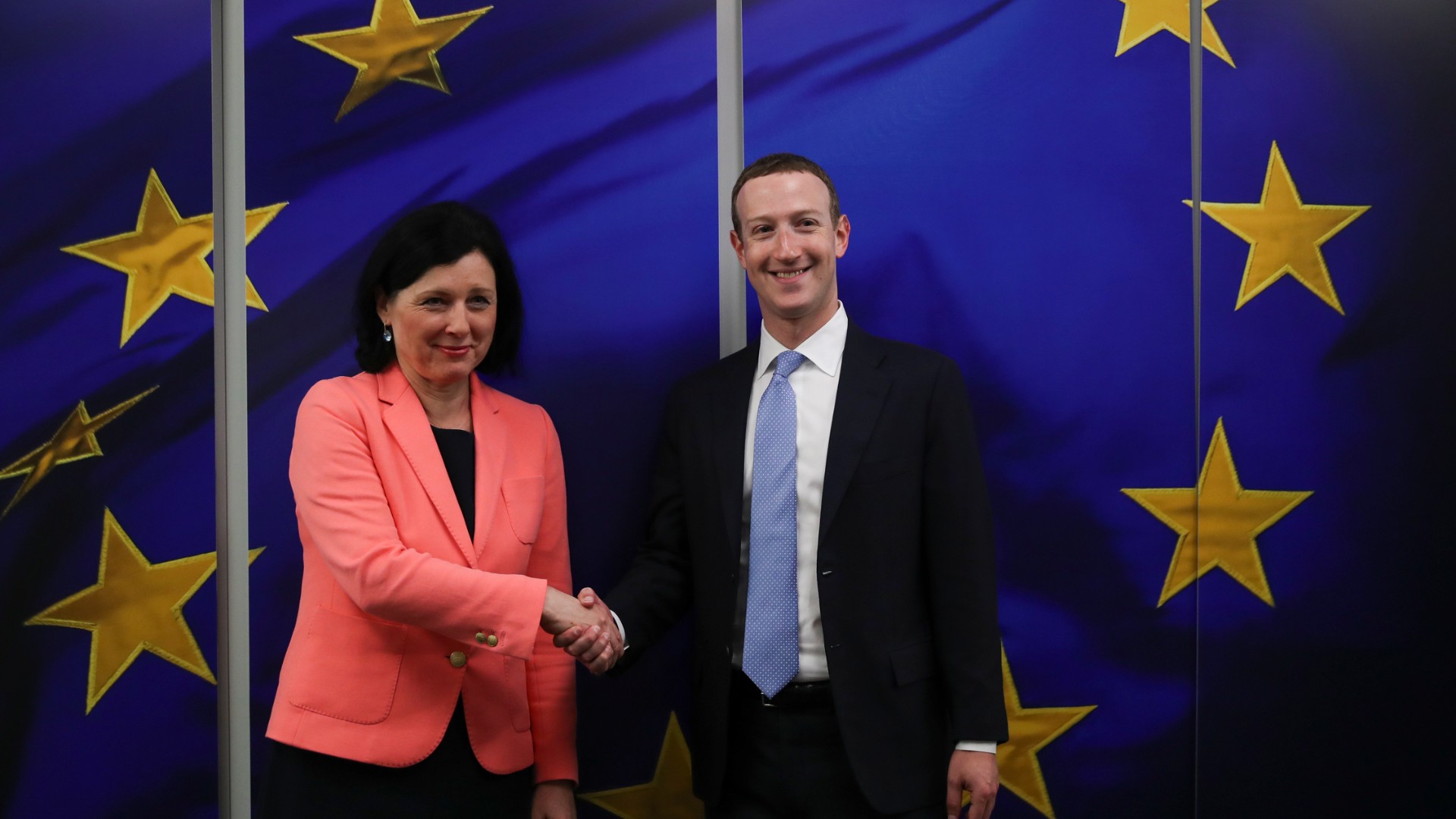 The EU's Vera Jourova (left) has called upon social media companies to do more to fight "fake news." /AP

The EU's Vera Jourova (left) has called upon social media companies to do more to fight "fake news." /AP

"One thing is the facts, the other is the opinions," said Borrell. "We have to fight for the facts to be the right ones, the true ones, in order to fuel a fair democratic system."

Brussels is urging social media companies to sign a code of practice on disinformation. Jourova said Chinese video-sharing app TikTok has committed to signing the pledge. Google, Facebook and Twitter are among the other signatories. Brussels is also asking these companies to issue detailed monthly reports on how they are fighting false information.

The report also highlighted Europe's own shortcomings. The plan called for better communication both within and outside the EU and more support for independent media and fact-checkers.