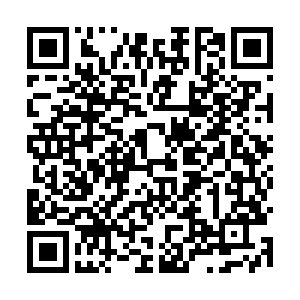 - The UK's death toll from COVID-19 could have been reduced "by at least a half" by going into lockdown a week earlier, says epidemiologist Neil Ferguson, a former member of the government's scientific advisory group, SAGE.

- The UK official death toll has risen by 245 to 41,128 as it continues to be the worst-affected country in Europe.

- Neil Ferguson, of Imperial College, said his estimation during the lockdown that 20,000 might die was inaccurate as care home residents were not successfully shielded. Ferguson stood down from SAGE after breaking lockdown restrictions.

- Bulgaria is to extend its state of emergency until the end of June after a rise in the number of new cases, its prime minister, Boyko Borissov, said.

- Hungary and Croatia are to lift their restrictions on cross-border travel from Friday, with those working in either country no longer needing to quarantine.

- After 82 days all shops in the UK can reopen. Outdoor attractions including safari parks, drive in cinemas and zoos can also welcome visitors, while places of worship will be open for individual prayers

- Slovakia will allow free travel to and from more than 16 other European countries from today. Countries that are allowed to re-enter include Germany, Switzerland, Croatia, Greece, Finland and Denmark. The government also announced it is no longer a requirement for face masks to be worn outside.

- 800,000 workers in France are likely to lose their jobs in the coming months as the economy continues to struggle against COVID-19 the finance minister, Bruno Le Maire said.

- Austria is lifting quarantine requirements for more than 20 European countries from June 16. It is also to lift checks at its Italian border.

- Leaders of Spain, Germany, France, Belgium, Denmark and Poland have all called for medical stockpiles to be increased to try to boost the EU's long-term fight against public health crises.

- People seeking asylum in Europe fell to a decade low in April as borders continue to be closed to try to stem the spread of COVID-19. According to European Union figures, the number of asylum applications dropped to 8,730 during April, a decrease of 86 percent from 61,421 in February.

- Germany will begin to relax its entry restrictions for seasonal workers from across the European Union states and Schengen countries from 16 June. 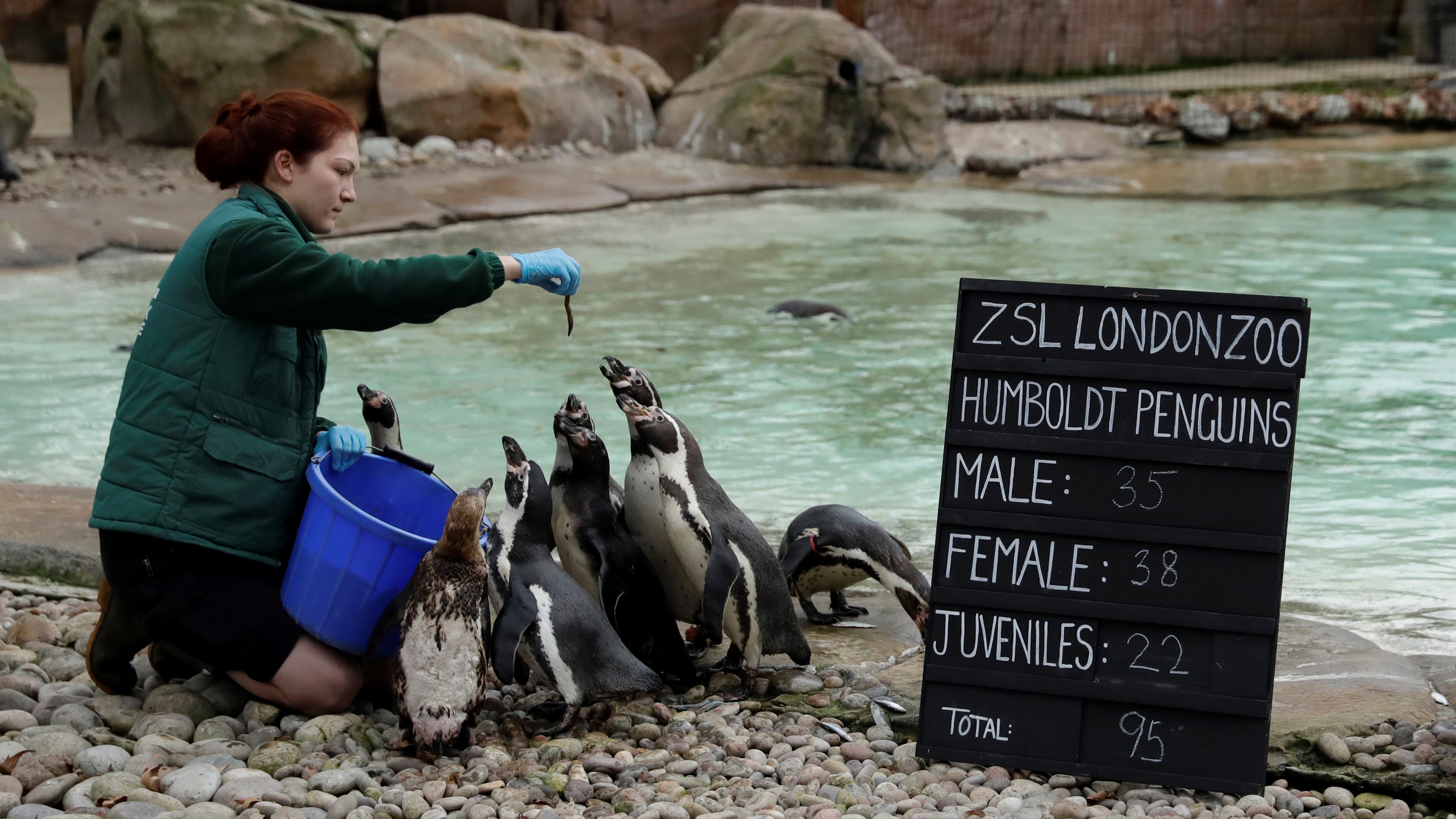 Zoos across England, including London Zoo (above) will be able to open their doors to visitors again from Monday. /AP

Zoos across England, including London Zoo (above) will be able to open their doors to visitors again from Monday. /AP

The Hungarian-Croatian border will open from Friday and those traveling between the two countries will no longer have to quarantine, Hungary's foreign minister, Péter Szijjártó, said on Wednesday.

He said the numbers indicate that Central European countries have managed to control the spread of the coronavirus, creating an opportunity for cautious opening.

"For us, protecting the lives and health of the Hungarian people is the number one consideration. However, as the Hungarian people have been particularly disciplined in recent weeks and months during the peak of the pandemic in Hungary, we have the opportunity to lift previous restrictions," Szijjártó said.

He added that the border had already been opened to Austria, Slovakia, Czechia, Slovenia and Serbia and that none of the openings had caused a negative turn in the spread of the virus.

By Andrew Wilson And Tim Hanlon in the UK

The death toll from COVID-19 in the UK could have been halved if lockdown was introduced a week earlier, a former member of the UK government's scientific advisory group, has said.

"The epidemic was doubling every three to four days before lockdown interventions were introduced," said Neil Ferguson, an epidemiologist from Imperial College London.

"So, had we introduced lockdown measures a week earlier, we would have then reduced the final death toll by at least a half."

Ferguson was a member of the Scientific Advisory Group for Emergencies before having to step down after breaking lockdown restrictions.

He produced a model that influenced Britain's response to the pandemic and showed that, if left unchecked, the virus could result in hundreds of thousands of deaths.

However his estimate of 20,000 deaths proved inaccurate because the elderly in care homes were not successfully shielded from the virus, he said.

Meanwhile, there are growing grumbles in the Conservative Party back benches, not only about schools, but also about airport quarantine measures, the continued under performance of the test-and-trace system and the government's resistance to reducing the two-meter social-distancing rule. This phase of the pandemic strategy is not going well politically for Prime Minister Boris Johnson or his ministers.

Unlike in England, the Welsh government announced non-essential shops will not be reopening in Wales until after 18 June at least. In Scotland, however, First Minister Nicola Sturgeon is expected to announce a new phase of her lockdown exit plan tomorrow, with non-essential retail to reopen soon. 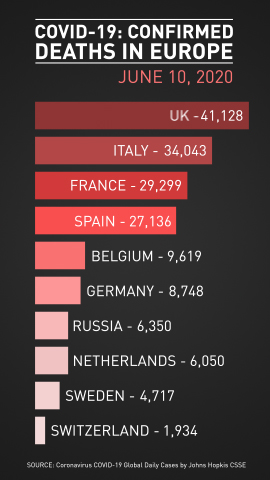 The German virologist Hendrik Streeck criticized the country's partial lockdown, which went into effect in March. In an interview with the Neue Osnabruecker Zeitung newspaper, he said the initial restrictions, such as the cancellation of large events, would have been enough to slow the spread of the virus. Streeck also questioned the high cost of continued mass testing if the number of positive tests remains low.

The German state of Thuringia will lift social-distancing regulations on Saturday, becoming the first of the country's 16 states to do so. Groups of more than 10 people – from separate households – will now legally be able to meet, although the local government says it is still not recommended.

On Wednesday, Germany reported 318 new coronavirus cases compared with the day before.

France's finance minister is presenting his third special budget since the start of the coronavirus pandemic. Since Bruno Le Maire's most recent update, multi-billion-dollar bailouts for the car and airline industries in France have been announced.

His proposals are likely to include details on the government's furlough scheme, as employers are now having to start topping up their workers' salaries. France's central bank has forecast the economy will not return to pre-crisis levels before mid-2022, predicting a peak of 11.5 percent unemployment in mid-2021.

After committing more than $450 billion of emergency measures in the two previous budgets, the update on Wednesday will increase public support to more than $520 billion. 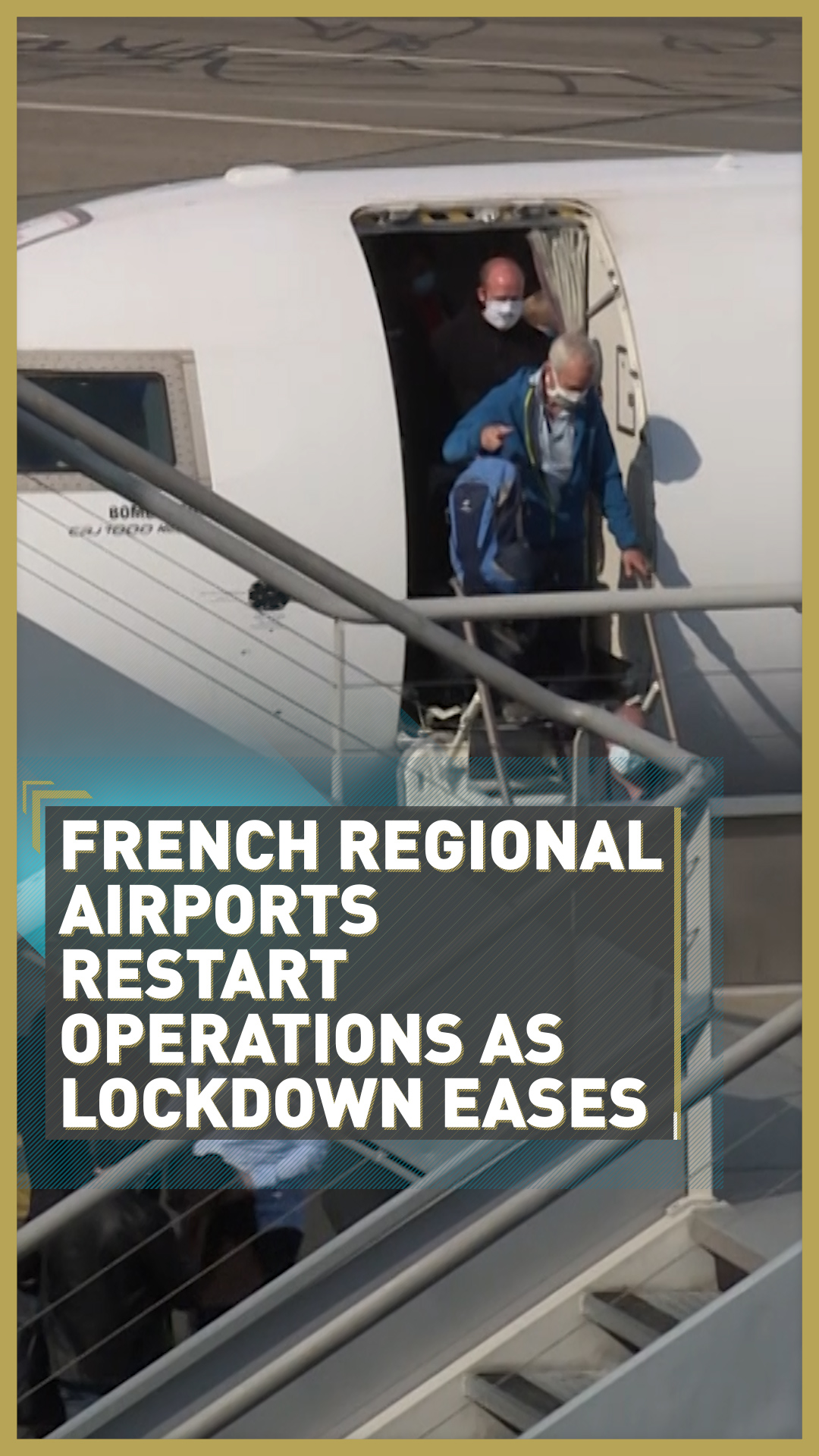