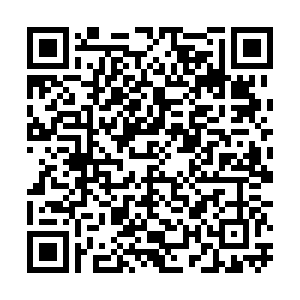 - Christine Lagarde, the president of the European Central Bank, has warned Europe to prepare for an economic crisis of "unprecedented scale."

- Austria will reopen its borders to Italy and 20 other European countries from next week.

- Paris prosecutor Remy Heitz has revealed he has launched an investigation into the French government's handling of the COVID-19 pandemic.

- The Spanish government says face masks will remain compulsory until a vaccine is found and will fine people who don't comply.

- France's central bank says it will take until at least mid-2022 for the country's economy to return to pre-COVID-19 levels.

- The French government has announced a $16.5 billion bailout of Airbus and Air France.

- Belgium plans to hand out 10 free train tickets per person to be used on the country's national network between July and December.

- In Denmark, Copenhagen's famous amusement park, Tivoli Gardens, has reopened but visitor numbers remain limited and have to be booked via a smartphone app.

- Primary schools in the Netherlands have reopened completely for the first time since mid-March.

- Spain has announced that the islands of Ibiza, Majorca and Menorca will be allowed to receive tourists from next Monday.

- Tourists visiting Sardinia, Puglia and Basilicata in Italy will have to register with local authorities and state where they'll stay and when they'll leave as part of new COVID-19 measures.

- Moscow is enjoying its first day free of lockdown measures, with all people, including those over the age of 65, allowed to move freely around the city. 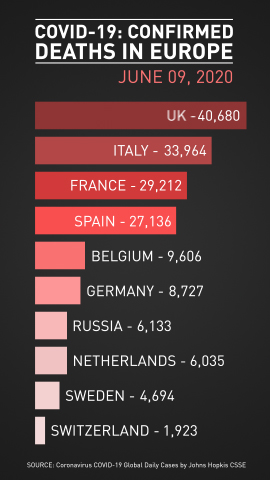 Hungary's four medical universities have conducted a total of 51,000 COVID-19 tests as part of a national screening program since the epidemic-related restrictions have been lifted.

The rector of Budapest's Semmelweis University, Bela Merkely, said an average of 20 new cases were still being reported daily.

But for every person officially registered with the disease, he said "there could be others with only slight symptoms," adding that masks should still be worn indoors.

The government has published details of its latest National Consultation, a letter survey sent to all households.

Hungarians are also asked if they agree with a series of government actions including national manufacturing of personal protective equipment, COVID-19-related restrictive measures and moves mandating financial contribution from banks and multinational companies for economic recovery.

The questionnaire "aims at getting feedback from Hungarian people and making policy decisions accordingly," according to Fidesz politician Katalin Novák. 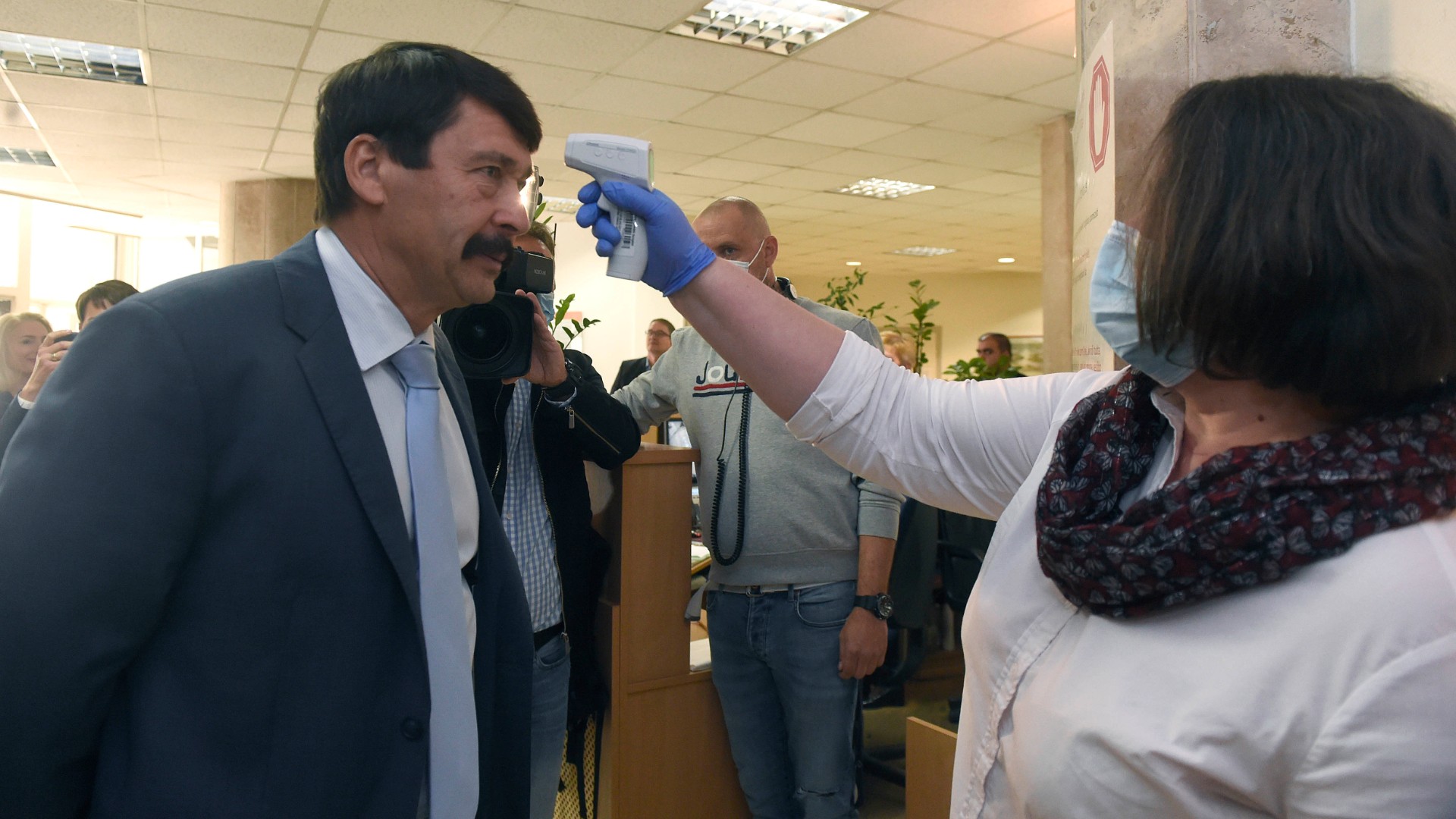 Hungary's president, Janos Ader, has issued a survey asking the country's population for feedback on specific areas of the government's response to COVID-19. /AP

Hungary's president, Janos Ader, has issued a survey asking the country's population for feedback on specific areas of the government's response to COVID-19. /AP

The French government will unveil its plan to support the aviation industry on Tuesday. The sector has been severely impacted by the economic crisis caused by the COVID-19 pandemic and 30,000 jobs across the aeronautical industry are reported to be under threat.

Two measures that could be announced are a bonus for scrapping old aircraft and the digital transformation of companies.

France's airports are continuing to reopen as two months of lockdown measures are eased. The number of domestic and international flights is increasing gradually every week but the country's second-busiest airport, Paris Orly, remains closed. 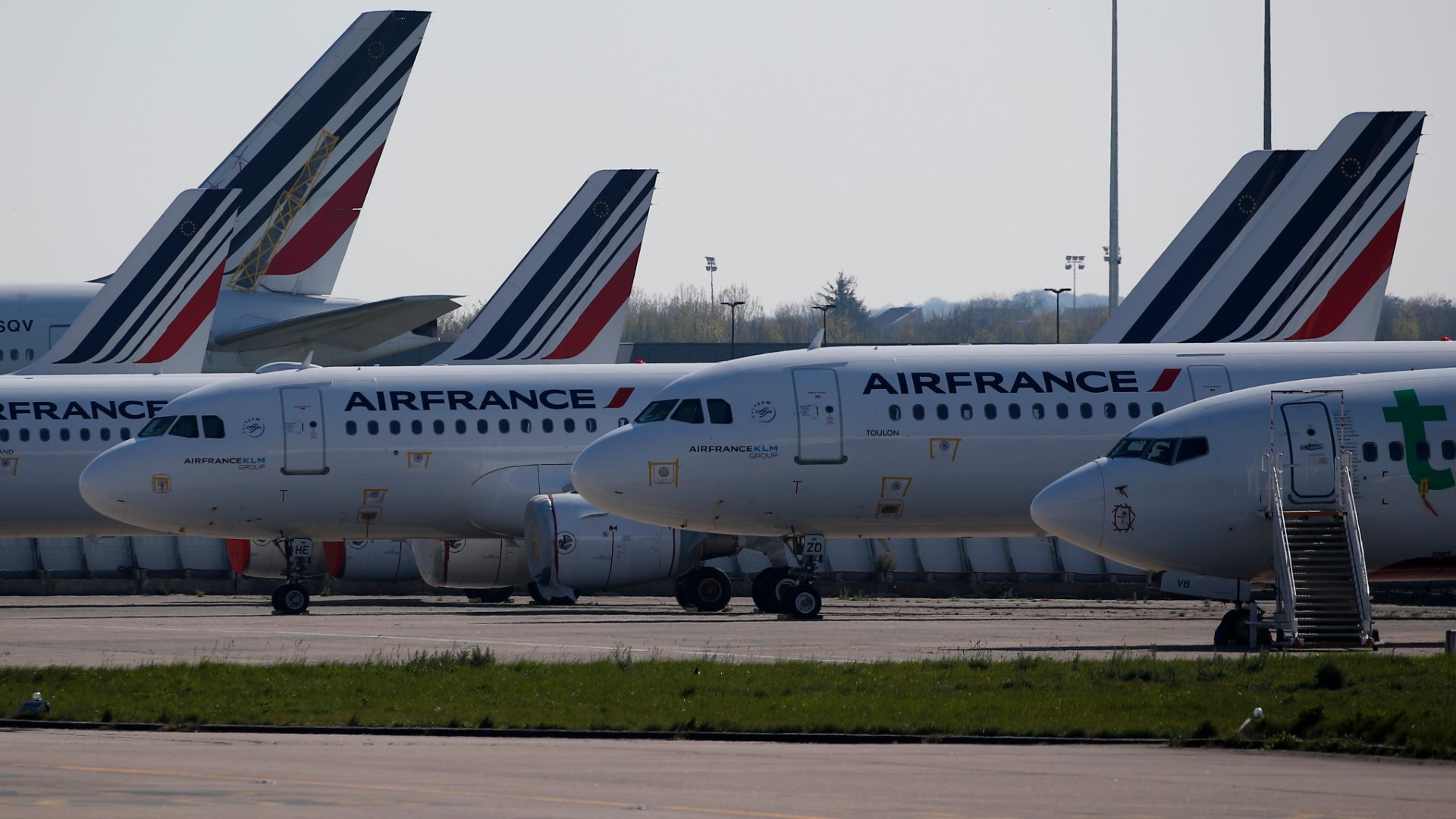 The French government will unveil its plan to support the aviation industry on Tuesday – 30,000 jobs in the sector are said to be under threat. /AP

The French government will unveil its plan to support the aviation industry on Tuesday – 30,000 jobs in the sector are said to be under threat. /AP

The UK government looks set to abandon plans for all primary school pupils in England to go back to school this month.

The education secretary, Gavin Williamson, will address parliament today after Matt Hancock, the health secretary, admitted on Monday that secondary schools may not fully reopen until September.

The government will discuss reducing the two-meter distancing rule in the UK. There is a lot of pressure to bring it in line with other countries at one or 1.5 meters but scientific advisers in the UK are believed to be reluctant to change that rule.

Airlines planning legal action against the UK quarantine measures have held back after promises from the government that so-called "air corridors" between certain countries will be in place by the end of the month. Some newspapers have reported chaos at Britain's airports on the first day of measures.

Leading British think tanks will give evidence to the Commons Treasury Committee today on the economic impact of the pandemic. Challenges to the arts and creative industries will be addressed by the Commons Culture Committee. 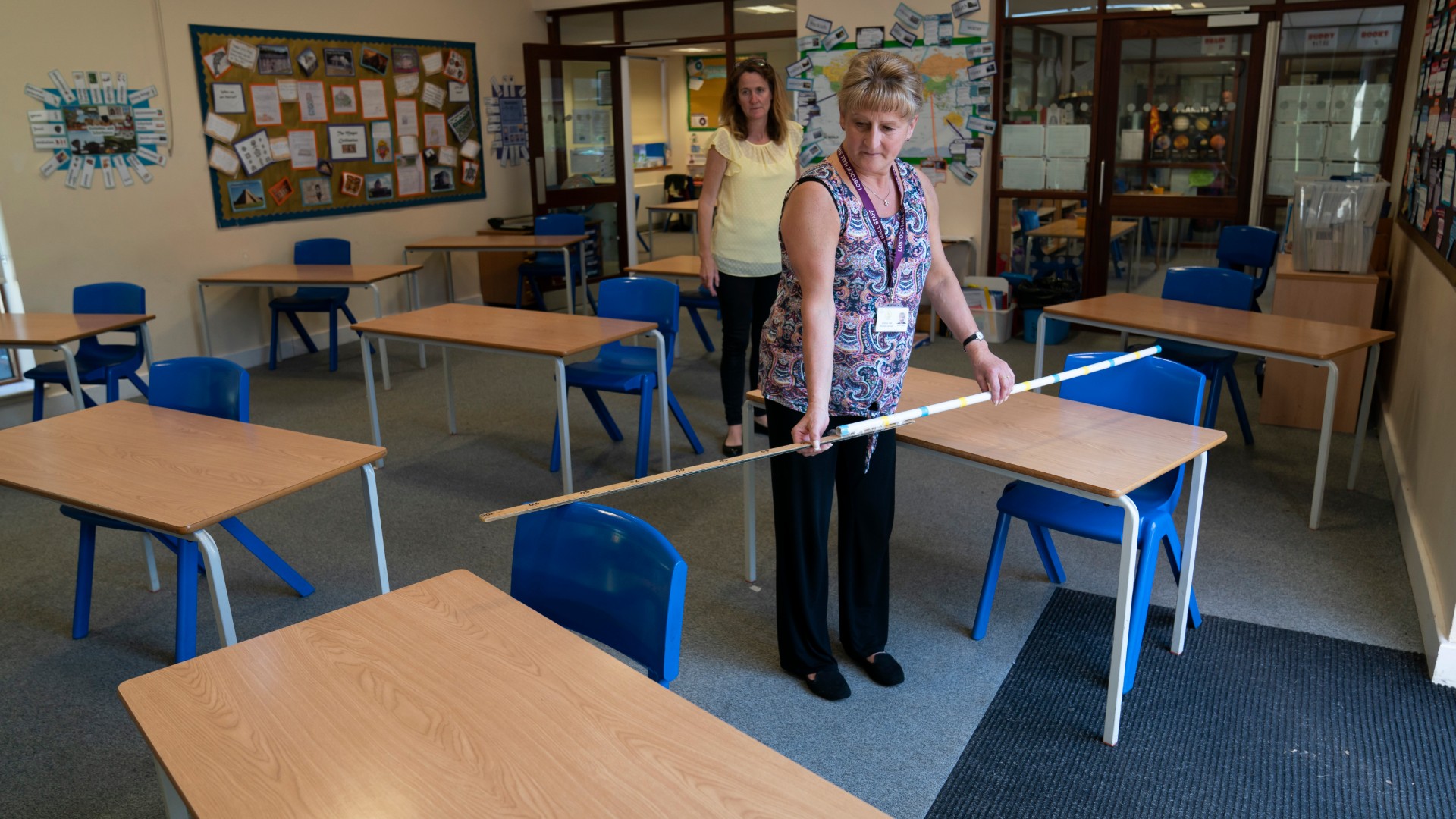 The UK government is set to abandon plans to reopen all primary schools this month, with secondary schools likely to remain shut until September. /AP

The UK government is set to abandon plans to reopen all primary schools this month, with secondary schools likely to remain shut until September. /AP

EU economic and finance ministers meet around a virtual roundtable on Tuesday and Brussels' $845 billion COVID-19 recovery package, dubbed "Next Generation EU," will be front and center.

This round of talks could give a glimpse into what governments think of the plan ahead of a Eurogroup meeting of finance ministers later this week and an EU leaders summit next week.

Battle lines are already being drawn around the fund's size, its loan-versus-grant allocation and how the money will be repaid. Still, EU commissioner for economic affairs, Paolo Gentiloni, is optimistic. In a recent interview with Bloomberg, he said a deal could be reached in July. He added that Germany taking over the EU's rotating presidency on 1 July could help move the deal along.

Virus resurgence management is still in a very conceptual phase and now needs to be urgently further accelerated by dedication of resources and budgets, detailing responsibilities and protocols
-  The Group of Experts on the Exit Strategy (GEES) warn Belgium it isn't prepared for a second wave of COVID-19

The group of experts easing Belgium out of lockdown has warned the country's government it is not prepared for a second wave of coronavirus infections. In its latest report, the Group of Experts on the Exit Strategy (GEES) said "virus resurgence management is still in a very conceptual phase" and that measures need to be "urgently" accelerated with more resources and money.

They take particular aim at testing and contact tracing, saying both lines of defence need "strong attention and action" by the government.

Belgium entered phase three of its lockdown exit strategy on Monday. Infections have remained low since easing began in May.

Germany's exports plunged 24 percent in April, the biggest slump since records began in 1990, and posted its first trade deficit in 40 years.

German tourists will be the first foreigners to be allowed to re-enter Spain starting Monday. Initially 6,000 tourists will be able to visit Mallorca and other Balearic Islands, Spanish media reported, citing official circles.

Multiple German states have enforced a two-week quarantine period for people arriving from Sweden, which is yet to put in place any form of lockdown. The country has had an average of more than 50 infected people per 100,000 residents in the past seven days and is considered high risk.