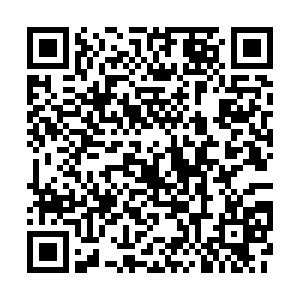 - Thousands more business have reopened in the Republic of Ireland after the country moved into phase two of a four-phase plan to ease lockdown measures.

- Moscow has announced it will begin easing its lockdown, despite the city reporting around 2,000 new cases of COVID-19 per day for the past two weeks.

- Hundreds of new infections in Poland's Upper Silesia region have been linked to a single coal mine in the area.

- Denmark has increased the limit of people who can meet in public gatherings, from 10 to 50 people.

- Infections in Russia continue to rise, after 9,000 new cases were reported on Sunday.

- Travel between Andalucia and the rest of Spain has been banned to stop people flocking to its beaches and risking a surge in infections.

- Portugal's economy will shrink by nearly seven percent in 2020 as a result of the pandemic and the impact on its tourism industry, predict economists.

- Germany is handing out a one-off "kinderbonus" to families, worth $339 per child, in an attempt to kick-start the nation's economy. 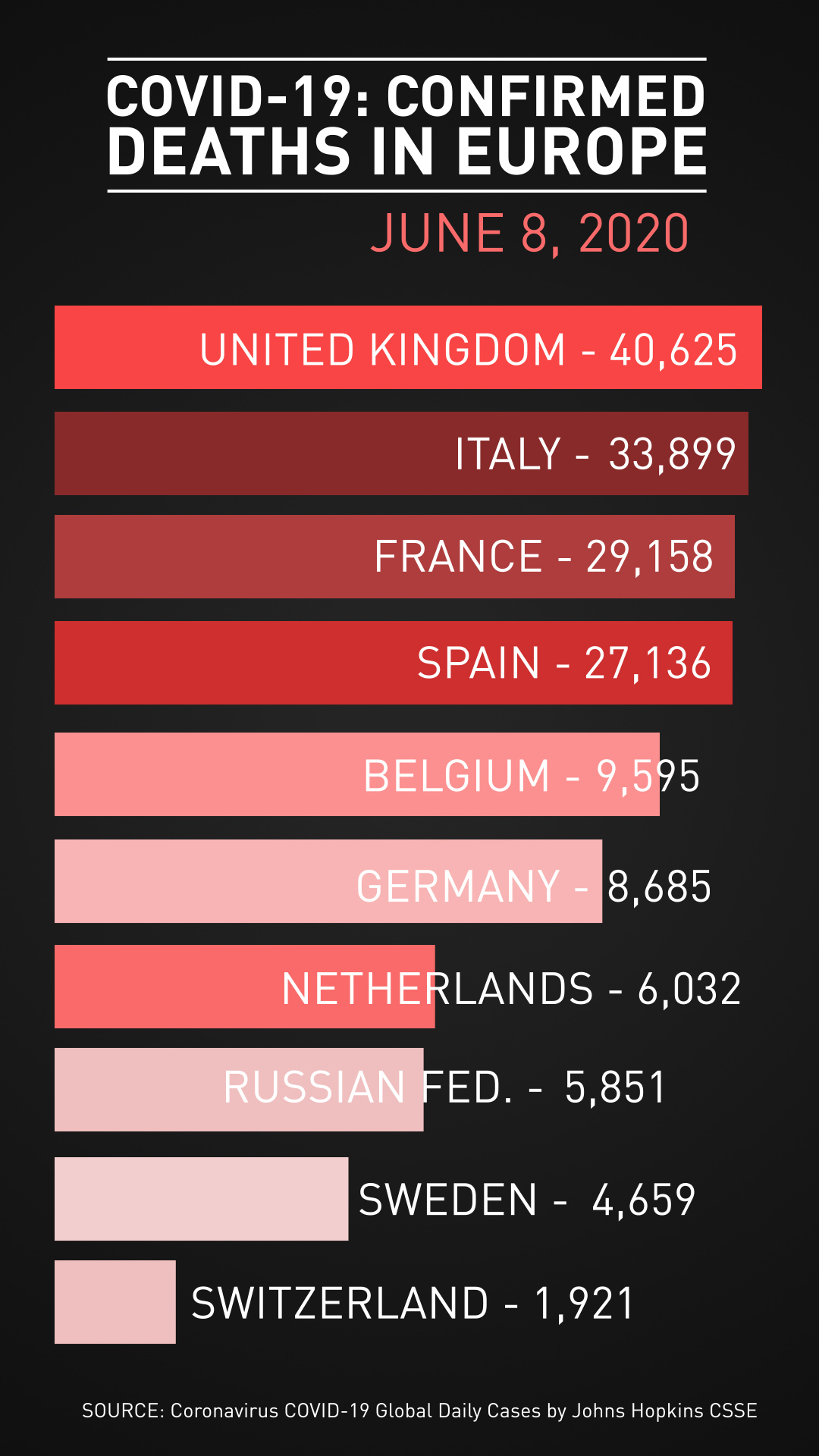 Belgium enters phase three of its lockdown-easing measures today. All restaurants, bars and cafes will be allowed to reopen after being forced to shut their doors in mid-March. There are some caveats, though. All tables need to be 1.5 meters apart, a maximum of 10 people will be allowed per table and waiting staff are required to wear face masks. In a bid to drum up business, the government has slashed the value-added tax to six percent on meals and non-alcoholic beverages until the end of the year.

Employers are also being encouraged to offer their workers a $330 consumption check – deductible and tax exempt – to be used in the hard-hit sectors. Plus, each resident in Belgium will be given a 10-trip rail pass to encourage travel. 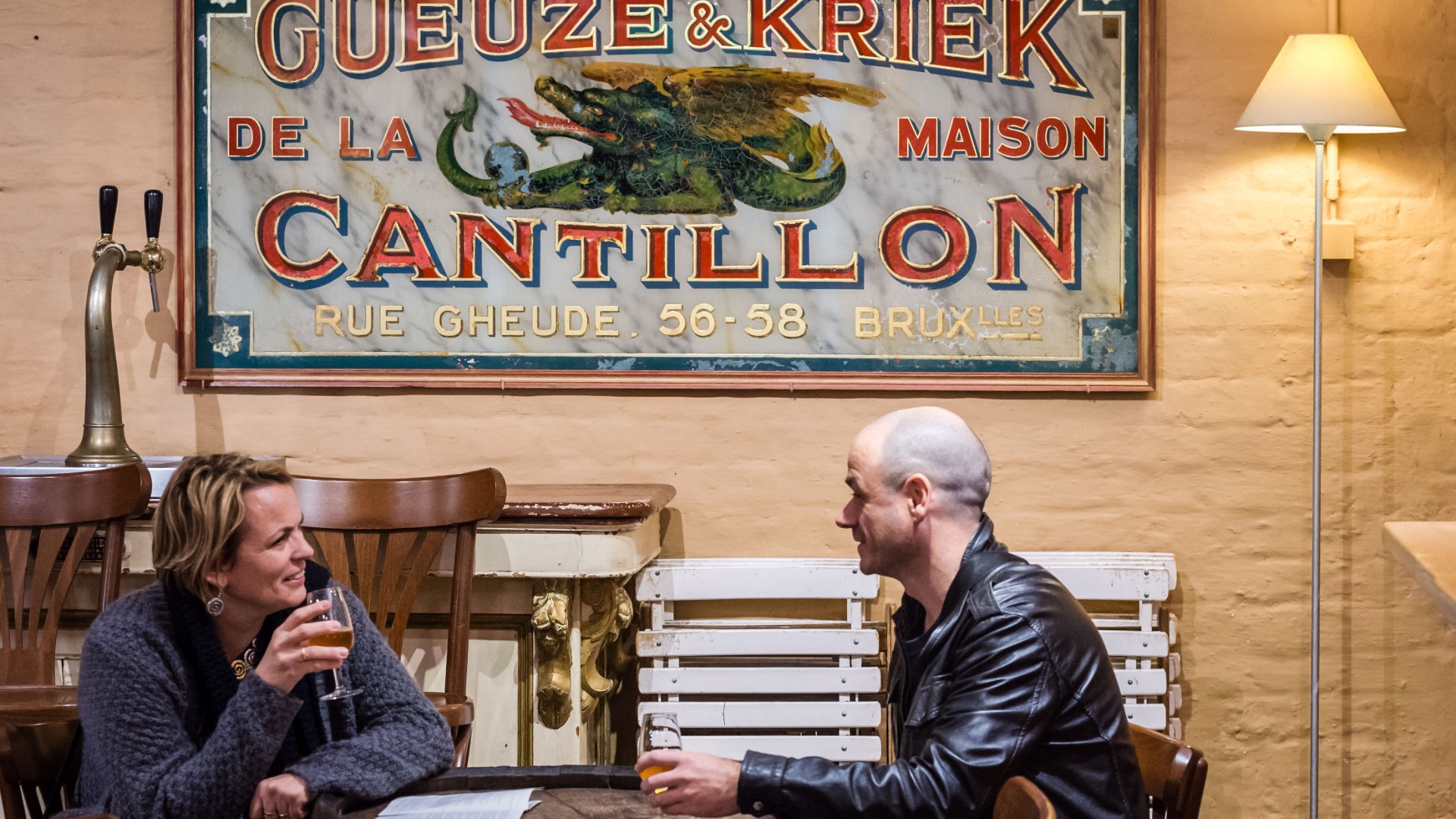 All restaurants, bars and cafes will be allowed to reopen in Belgium on Monday, having been shut since mid-March. /AP

All restaurants, bars and cafes will be allowed to reopen in Belgium on Monday, having been shut since mid-March. /AP

From Monday 52 percent of Spain's population, around 25 million people, will have moved into phase three of the lockdown de-escalation process. Those areas include Galacia and the Basque Country in the north, plus Andulucia and Murcia in the south. The islands of Ibiza, Mallorca and Gran Canaria have also moved into phase three, which is hugely significant for the three tourism hotspots.

Restaurants and bar terraces will now be able to operate at 75 percent capacity. Nightclubs including the so called "superclubs" of Ibiza can also reopen. However, the restrictions they would have to follow, including converting all dance floors into space for tables, have resulted in the clubs deciding to remain closed for now.

Social mobility is to be relaxed in phase three, with people now allowed to meet up in groups of up to 20. The restrictions on what time people can leave their homes have also been lifted, meaning in phase three you can go outside at any time and for whatever reason.

One of Spain's most famous and controversial pastimes – Bullfighting can also, in theory, return. The bullrings that stage the events can now reopen, apart from those in Madrid, but no more than 800 people can be in the stadium at any one time.

The bullfighting industry has been hit really hard by its enforced break due to the coronavirus pandemic. The season normally runs from March to October.

It's being reported the sport could ask the government for a financial bailout, but many animal rights campaigners think this would be a good opportunity for the sport to be allowed to die.

As Spain edges slowly out of lockdown, figures released by the Bank of Spain on Monday showed the crippling effect COVID-19 has had on the economy during the crisis. Experts say the economy will shrink by as much as 21.8 percent in the second quarter, dragging the country into recession.

The controversial law obliging all people arriving into Britain to enter a self-imposed 14-day quarantine starts today. Those arriving by plane, ferry or train  – including UK nationals  – will have to provide an address where they will self-isolate and face fines of up to 1,000 pounds ($1,263) if they do not follow the rules.

Passengers from the Republic of Ireland, the Channel Islands and the Isle of Man are exempt, as well as workers in some industries such as road haulage and medical professionals who are providing essential care.

Reports today suggest Border Force officials have no way of checking self-isolation details for authenticity. Travelers will have to declare, before they travel, where they intend to self-isolate.

British Airways, easyJet and Ryanair have made the first applications to launch a legal challenge against the government.

UK Prime Minister Boris Johnson is reportedly aware of issues with the new law and is actively exploring ways to tweak it, including "air bridges" to EU countries.

Local authorities have again advised primary schools across parts of England's North West not to open because of concerns about high-infection rates in the region. 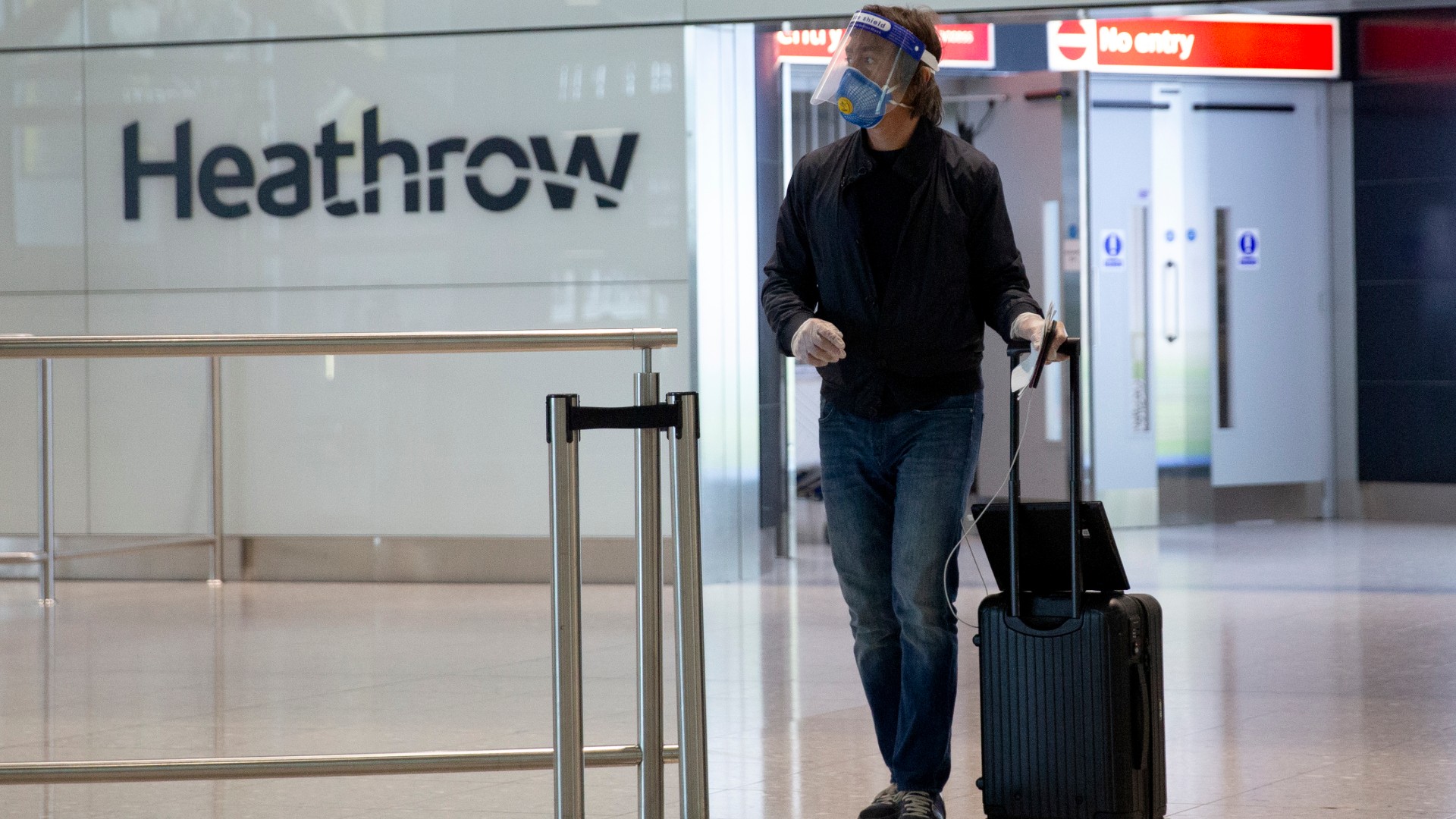 The Hungarian government has announced a one-time benefit payment for healthcare workers of 500,000 forints ($1,640) that will be paid on 1 July.

The minister of human resources, Mikos Kasler, says 160,000 people are eligible for the one-off wage supplement.

However, some front-line healthcare staff are not eligible for the payment.

Nursing home staff, home carers and physiotherapists weren't included because they're employed by either the church, entrepreneurs or the local government, Kasler said.

"Unfortunately, this way they are not included in the circle that specifically includes health workers, even though their work during the epidemic is also particularly dangerous. Thanks and gratitude to them," he said.

The minister said pharmacists were left out because pharmacies are already operating at a high profit and many owners are foreign.

Unfortunately, this way they are not included in the circle that specifically includes health workers, even though their work during the epidemic is also particularly dangerous. Thanks and gratitude to them.
-  Hungary's minister of human resources, Mikos Kasler, explains why some frontline healthcare staff will not receive a one-off payment of $1,640 which is being paid to 160,000 healthcare workers on 1 July

German industrial production fell 17.9 percent in April, largely due to the automotive industry's halt in production because of the COVID-19 pandemic. Analysts had expected a decline of around 16.5 percent.

The city of Goettingen is battling a coronavirus outbreak, believed to stem from celebrations for the end of the month-long Muslim Ramadan fast. The city now has at least 146 confirmed infections. As a result, schools will remain closed for an additional week. The rate of new infections is close to the weekly limit of 50 per 100,000 residents, at which point further restrictions are supposed to be introduced.