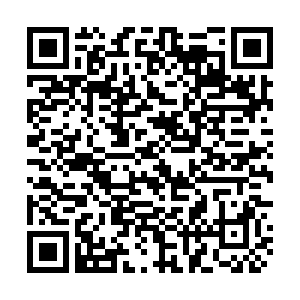 "We will not allow a reckless minority to put our domestic recovery at risk."

That was the warning from Britain's home secretary, Priti Patel, as she announced fines of $1,200 would be levied on returning Britons or tourists who break 14-day quarantine rules after they arrive in the country.

And more signs of recovery can be seen in sectors from oil trading to ride-hailing.

China's return to production and consumption has boosted the need for oil around the world, sending traders into a frenzy – and prices recovered from historic lows as a result.

Meanwhile, Lyft reported a significant monthly hike in passenger and trip numbers, but revealed that its May figures were still far off its 2019 numbers.

And finally, the hastily applied adage that COVID-19 was the "great leveler" has been summarily crushed by a report that Black, Asian and Ethnic Minority communities in the UK are dying faster than those of a white ethnic background.

In today's graph, we look at the economic fallout of the pandemic in certain demographics – and discover that, unlike other economic downturns, it's women who are losing out more than men.

International oil prices rose on Wednesday to a near three-month high as Saudi Arabia and Russia, key OPEC and non-OPEC producers, agreed to extend cuts to oil production by at least a month, as the world recovers from the coronavirus pandemic. China's demand has recovered to around 90 percent of pre-pandemic levels and is driving the recovery according to analysts.

After a nine-hour session on Tuesday, German government figures look likely to continue talks late into Wednesday or even Thursday morning as the ruling coalition tries to negotiate with the SPD on pandemic protection for employees and businesses, such as a car scrappage incentive and extensions to kurzarbeit (furlough) schemes.

Australia looks likely to enter a recession – its first in 30 years – after first-quarter statistics showed its economy shrank by 0.3 percent, and central bank governor Philip Lowe said the wildfire and coronavirus-linked hit was "the biggest economic contraction since the 1930s."

A class-action lawsuit has been launched against digital giant Alphabet, as claimants argue Google's Incognito option still allows users' virtual movements to be tracked, and that this contravenes privacy laws. Alphabet and Google deny it is illegal, but may face a bill of $5 billion if courts disagree.

Japanese car firm Nissan's global COO Ashwani Gupta has warned the company's UK Sunderland plant may be forced to close if Brexit goes ahead without a full trade deal between the UK and EU. "If we are not getting the current tariffs ... the business will not be sustainable," Gupta told the BBC.

Lufthansa reported a $2.3 billion loss for the first quarter and says it plans to restructure its operations to counter the impact of the coronavirus pandemic. The news comes on the heels of the German government's announcement last week of a $10 billion bailout for the airline.

Facebook has signaled its intentions in southern Asia, with an investment in Indonesian ride-hailing app Gojek. CEO Mark Zuckerberg had already marked Indonesia as a target for WhatsApp's payment business, and with an array of mobile solutions available on Gojek it seems a stepping stone to more mobile payments.

Ride-hailing firm Lyft said its passenger numbers increased 26 percent in May. The San Francisco-based firm said it benefited from the easing of COVID-19 restrictions across many U.S. cities, but that its May figures were still 70 percent lower than those in the same month last year.

Waste disposal and recycling businesses in the UK have reported mixed fortunes during the pandemic lockdown, as households produced 20 percent more waste on average, but closed businesses and offices meant commercial waste has dropped 50 percent. Glass waste has moved from commercial bins to household ones, as Britons drink at home rather than at a pub.

Chinese and U.S. relaxations of COVID-19 restrictions have led to a slight recovery of sales numbers for Swedish car brand Volvo, owned by China's Geely. While sales are down 25 percent year-on-year, they have risen 40 percent month-on-month.

In Germany, retailers have agreed a rent discount with landlords for the period during which shops have been forced to close by the pandemic. The national retailers association (HDE) and the German Property Federation said rent would be discounted 50 percent for the lockdown period, with a staggered return to normal levels.

How will the field of education look as COVID-19 lockdowns across Europe ease and students return to the classroom? In the first of CGTN Europe's series 'The New Normal', we ask a student, a parent and a teacher about how the coronavirus pandemic has affected pupils' futures and how different the classroom will look when institutions eventually reopen. 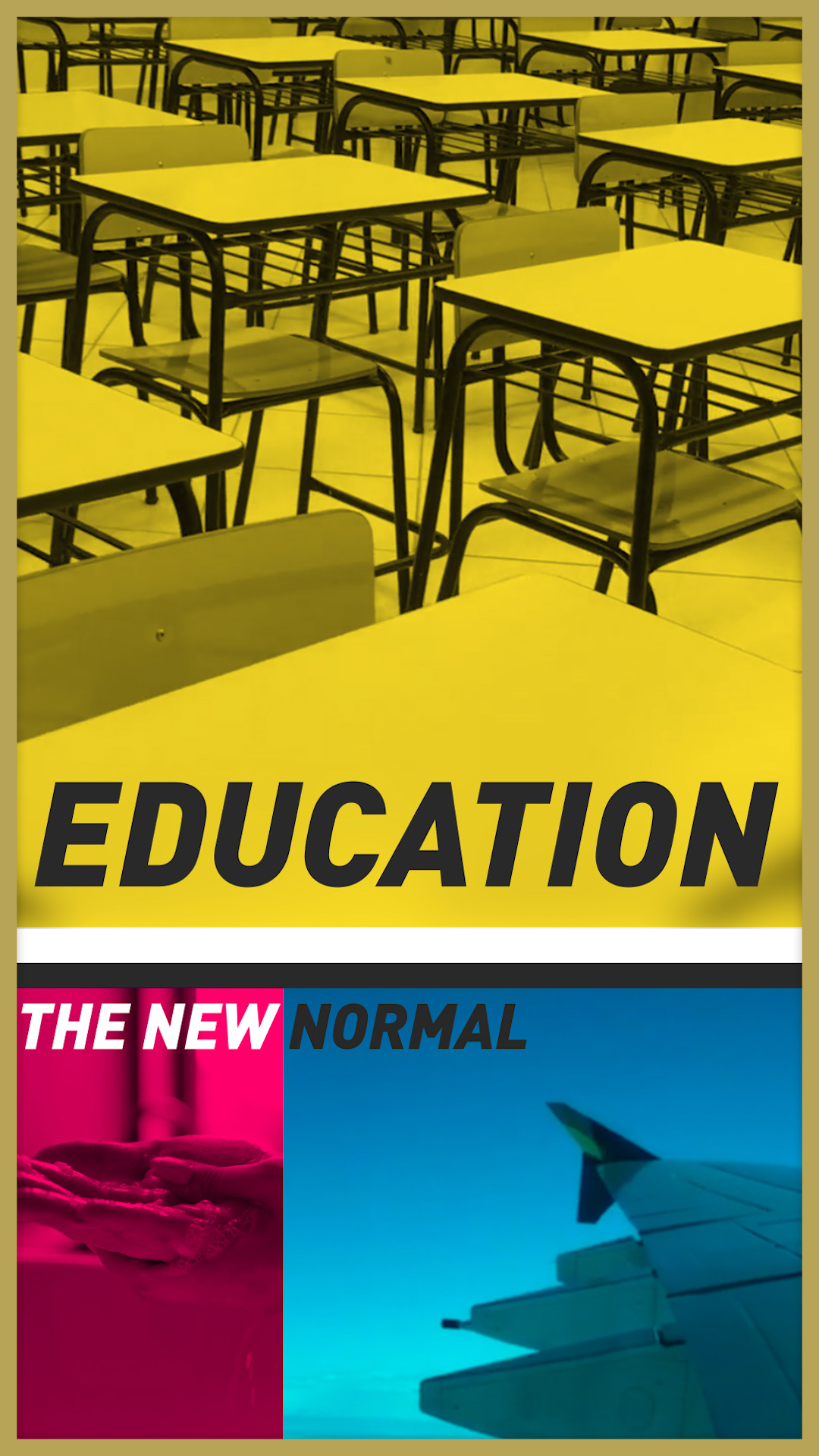 What can we tell from the PMI data about the state of China's economy today?

OK. So what we've seen from the PMIs, both the manufacturing and the service numbers, is that the economy is recovering. We are seeing that resumption, that normalization in economic activity.

However, if we delve a little bit deeper into that, we did notice that there are still numerous areas of weakness. One is on the export orders. They remain very weak, which is unsurprising given that globally we are in a recession. And the other component is actually employment. So employment figures are also contracting.

And what does this mean for the rest of the world, what can other countries learn from today's figures?

I think what it shows and what we've seen actually from recent months, is that moving out of lockdown is a gradual process. You're not going to be seeing any kind of V-shaped recovery. It will be gradual. We're going to see some indicators, some sectors of the economy, which are probably going to be lagging, dampened a little bit.

And it is worth pointing out, as you are sitting in Australia, that Australia has gone into recession for the first time in years.

Yes, very true. I mean, Australia's doing quite well in terms of easing restrictions and the numbers, but combined bushfires as well as coronavirus, it's hardly surprising and they won't be alone. Australia is not the only country that's already currently in recession, talking about across Asia and in Europe.

What impact do you think the U.S. would inflict by revoking Hong Kong's preferential trading treatment?

What we say at the moment is that the U.S., they now have the option to actually remove [the status]. It'll be interesting. We don't think they're going to apply any kind of sort of drastic measure. But the worst-case scenario would be that they could actually no longer see Hong Kong as a different trade position from China. And so we could actually see them inflict the same type of tariffs they do on China.

Now, that in itself wouldn't actually impact Hong Kong very much. Only about eight percent of Hong Kong's exports go to the U.S. What would be a bigger impact, though, is whether it's going to be impacted as a global financial hub. Hong Kong does benefit from free capital flows, it is able to purchase technology from the US. If those measures come under more scrutiny, that could actually impact U.S. companies and, of course, the US economy.

And what do you think the challenges are for the economic relationship between the UK, China and the Hong Kong region?

The UK is actually moving, it's wanting to try to create those sort of trade agreements with countries, post-Brexit.

It does seem that with China and with Hong Kong, it's becoming a little bit more politicized. But they do want, on one hand, to continue to get investment and trade with China. But on the other hand, they also want to make sure they can get back a deal with the U.S. So, going forward... it's going to be a fine balance that they have to manage.

New figures show that women are suffering more job losses than men in the eurozone, which is the opposite to what happens in most economic downturns. And across the European bloc it is youth joblessness that is worryingly high. 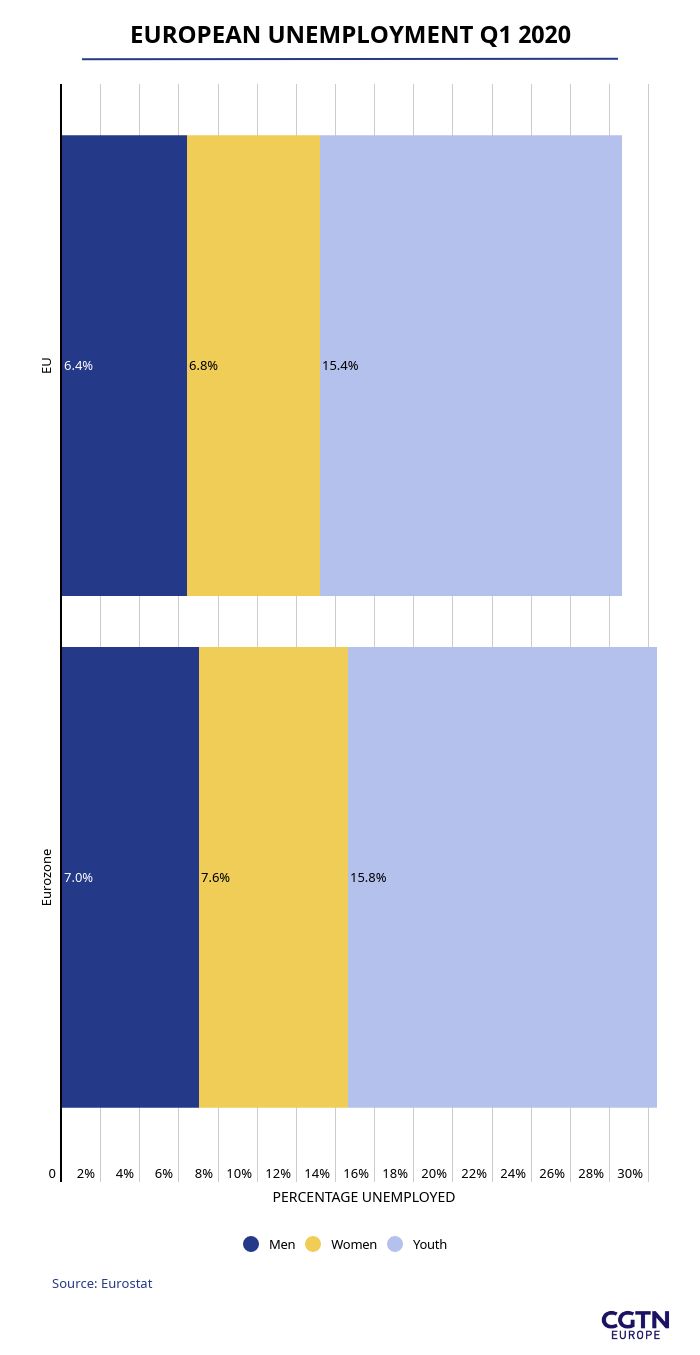