Brexit: What is the 'level playing field' and how likely is agreement?
Gary Parkinson 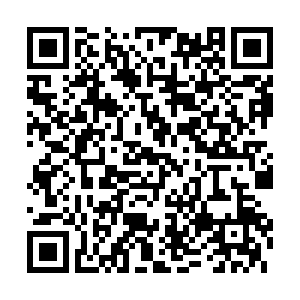 Six months ago it seemed nothing could ever keep Brexit out of the news, on either side of the English Channel (or la Manche, if you prefer). Even when the UK officially left the European Union on 31 January 2020, it only began an 11-month transition period during which the headlines were expected to be dominated by the latest negotiation updates.

COVID-19 changed all that, but negotiations have continued – virtually – and the Brexit timetable has not changed. Negotiators had agreed to spend June reviewing the progress so far and evaluating the chances of successful agreement, but serious problems remain. Key among these is the concept of the "level playing field."

What is the 'level playing field'?

The sporting idiom of a "level playing field" – ie an arena designed without any advantage to one "side" or other – has increasingly been applied to business since the late 1970s: one of the earliest noted instances was from US Bankers Association lobbyist John Bolger in 1977.

In Brexit terms, the "sides" are the UK and EU (representing their resident businesses) and the leveling would be an agreement on a set of common rules and standards, so that neither could undercut the other by ignoring areas such as workers' rights and environmental protections. 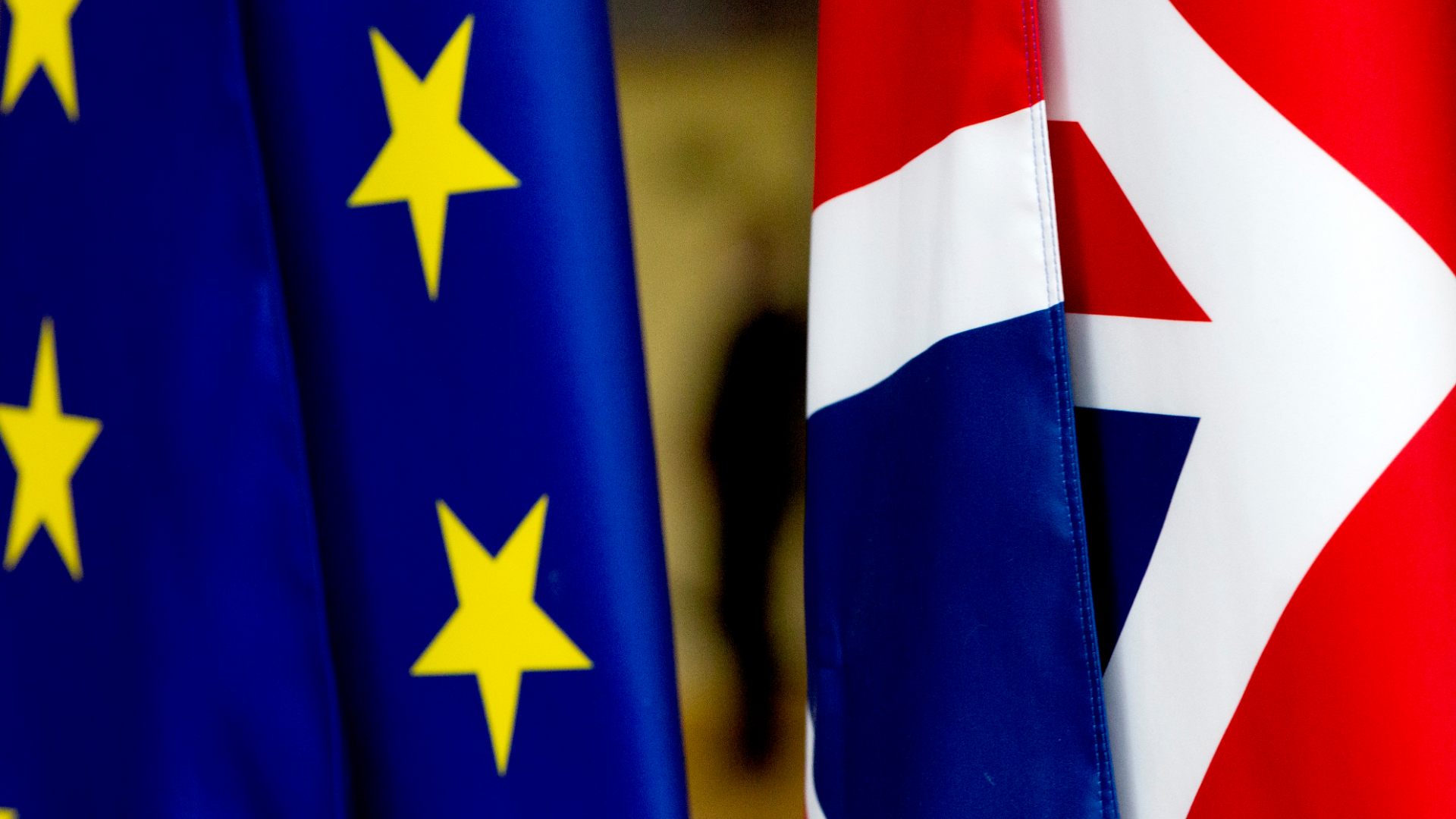 The EU and UK are about to part, but on what terms? /Virginia Mayo/AP Photo

The EU and UK are about to part, but on what terms? /Virginia Mayo/AP Photo

The EU already has a level playing field internally, with the European Commission and the European Court of Justice responsible for overseeing and enforcing these rules within the world's largest trading bloc. Indeed, the impartial UK think-tank Institute for Government describes the single market as "the most developed example of a level playing field agreed between different countries."

However, Brexit threatens to undermine this equality of opportunity, which is why the EU is insisting the UK signs an agreement – or face trade tariffs, which would harm both sides. The UK's prime minister, Boris Johnson, has frequently said he wants tariff-free access, but it remains to be seen if he is willing to sacrifice other potential advantages to maintain this access.

What is the EU worried about?

In 2017, after a UK referendum mandated Brexit, the EU warned that an "ambitious and wide-ranging trade agreement" would be dependent on "sufficient guarantees for a level playing field." This is notably different from the EU's trade deals with Canada or Japan, in which the agreements feature relatively limited "level playing field" provisions.

There may be some politicking on either side: the EU will not wish to appear "soft" on those that leave the bloc, while the UK government will be mindful of the electorate who both voted for Brexit then swept Johnson to a strong general election victory on a clear Brexit platform.

However, their concerns are reasonable: the UK is a major trader far closer to the EU than Canada or Japan, while the Brexit notion of "taking back control" hardly concurs with signing up to EU protocols.

The EU is particularly concerned about workers' rights, state aid and subsidies, taxation, and social and environmental protections. On state aid – rigidly controlled in the EU – the UK has already worried Brussels by giving certain assurances to Nissan and supporting the struggling airline Flybe. While there is no EU commonality on corporate tax, a very likely drop in the UK rate would undercut the bloc.

Finally, environmental protection was the area in which the UK was most often taken to the European Court of Justice; the EU fears the UK would drop its standards, either undercutting the bloc or starting a "race to the bottom" if the EU also lowers its benchmarks. 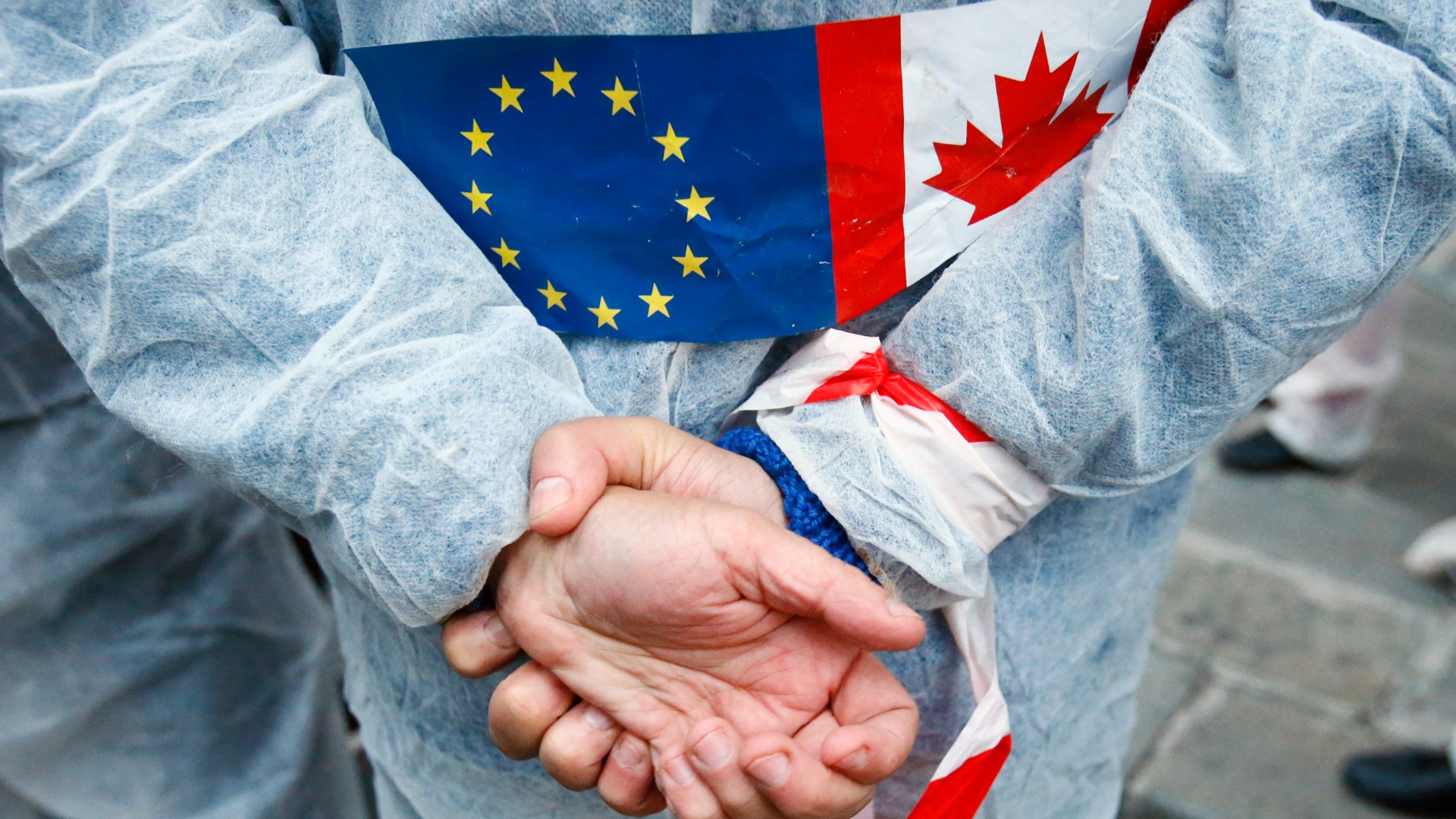 The CETA trade deal between the EU and Canada, signed in 2016, attracted protests. /Francois Mori/AP Photo

The CETA trade deal between the EU and Canada, signed in 2016, attracted protests. /Francois Mori/AP Photo

Is there any common ground?

The level playing field is not a new concept – it was central to the withdrawal negotiations, especially around the land border between Northern Ireland and the Republic of Ireland. The 2018 draft withdrawal agreement brokered by Theresa May's government with the EU suggested the UK would follow EU rules for state aid and competition and would not lower existing commitments to the environment and workers' rights.

Johnson renegotiated in November 2019 but made his own commitments: for example, keeping Northern Ireland in line with some single-market rules for goods, including the level playing field. If enacted, this agreement would also affect the rest of the UK if subsidies to British businesses affected internal trade with Northern Ireland.

In late February 2020, the EU reiterated the need for commitments to the level playing field, but the UK’s response rejected the need for strong legal commitments, instead preferring the looser arrangements of a typical trade agreement. Specifically, the UK insisted it wished to remain outside the jurisdiction of EU institutions – the "take back control" mantra. 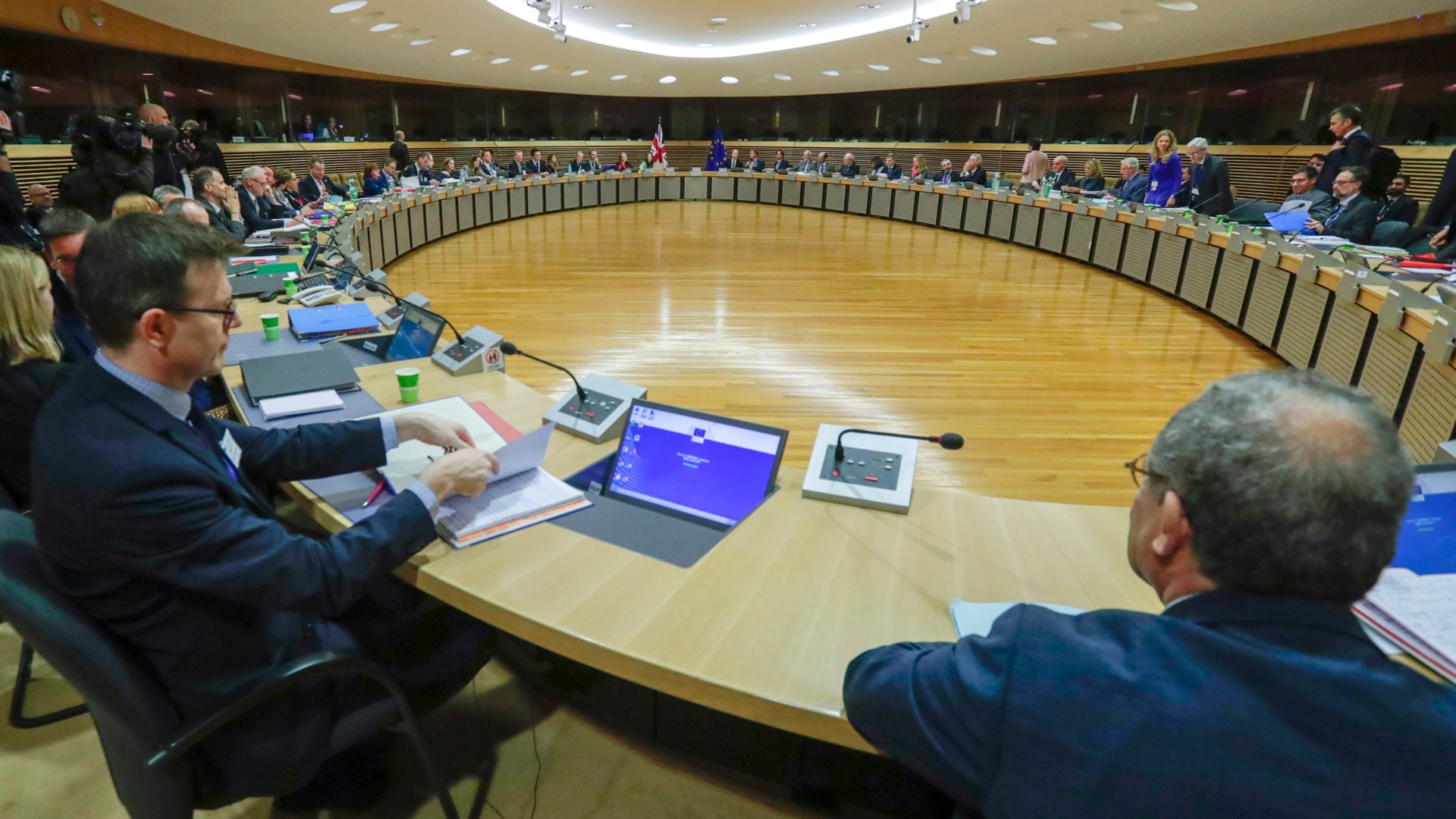 The UK and EU delegations start the first round of post-Brexit trade talks on 2 March, 2020. /Olivier Hoslet/Pool Photo/AP

The UK and EU delegations start the first round of post-Brexit trade talks on 2 March, 2020. /Olivier Hoslet/Pool Photo/AP

Is there any hope for agreement?

As is usually the case in negotiations, it is possible with some moderation of demands from one side or both. However, the worry is that unlike deals struck over simple numbers – say, haggling over the price of a house, or the proceeds from the dissolution of a company – the sticking points here are more conceptual: specifically and emotively, legislation and control.

It's possible the UK could cede ground by agreeing to stronger leveling commitments than most trade deals, while remaining outside EU oversight. This may well depend on the EU agreeing that the UK's own rules will remain strong enough to ensure relative parity.

However, each side will have its own red lines. The EU is unlikely to waver on state aid, insisting the UK's competition authorities defer to Brussels. The UK has indicated its willingness to forego free trade rather than submit to EU oversight, whereas the EU has suggested there isn't enough time to negotiate tariffs.

Technically, the UK has until 30 June to trigger an extension to the transition period. While this would be understandable, it is also unlikely. Just before Christmas, Johnson's rallying cry of "Get Brexit done" won the most parliamentary seats in England of any party since 1970, but during the pandemic his popularity and position have suffered.

Meanwhile, the EU has its own internal issues to resolve after a fractured pandemic response that occasionally broke out into bickering between member nations. With or without a level playing field, neither side looks particularly inclined to agree.