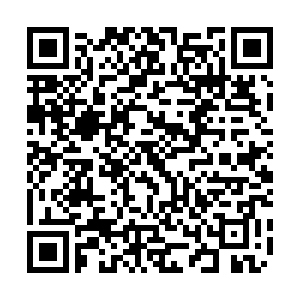 - For the first time since March, Spain has recorded no new deaths in the past 24 hours as its total remains at 27,127. Emergency health response chief Fernando Simon Said the development Is "very, very encouraging."

- Sweden is to launch an inquiry into the country's handling of the pandemic before the summer, its prime minister Stefan Lofven has announced amid growing criticism over nursing home deaths and the lack of testing across the country.

- Moscow has announced its shopping malls and parks are to reopen from Monday, despite Russia reporting 9,035 new cases in the past 24 hours. Deaths also rose, by 162 to 4,855.

- Greece's primary schools have reopened on Monday morning, after almost two months of strict lockdown measures in the country.

- Some schools in England have begun to reopen for the first time in 10 weeks on Monday as the country continues to ease its lockdown measures. Classes will resume for some younger children, with strict social-distancing regulations enforced. Whilst car showrooms and outdoor markets have also been given the all clear to reopen.

- Spain has guaranteed visitors' safety and health when it reopens to tourists next month. Tourism minister, Reyes Maroto, said: "This will be our strength."

- Poland's national airline LOT may resume international flights in the next few weeks, the country's state assets minister, Jacek Sasin, says. LOT has restarted domestic flights to some of the country's biggest cities including Warsaw and Gdansk from Monday.

- Brexit negotiations are set to resume this week with the UK sticking to its position that COVID-19 difficulties won't make it ask for a delay. The EU's chief negotiator, Michel Barnier, warned UK prime minister Boris Johnson not to "go back on his promises."

- Finland and Norway are both to reopen bars from Monday. They will, however, only be allowed to admit half their normal capacity.

- Cross-country and local train services have resumed in Ukraine as the country continues to gradually ease its lockdown restrictions.

- Greece has further eased its restrictions as hotels, golf courses and open-air cinemas are the among the latest places allowed to reopen. This comes as the country prepares to "welcome the world," and save its tourism industry, according to the Greek foreign ministry. 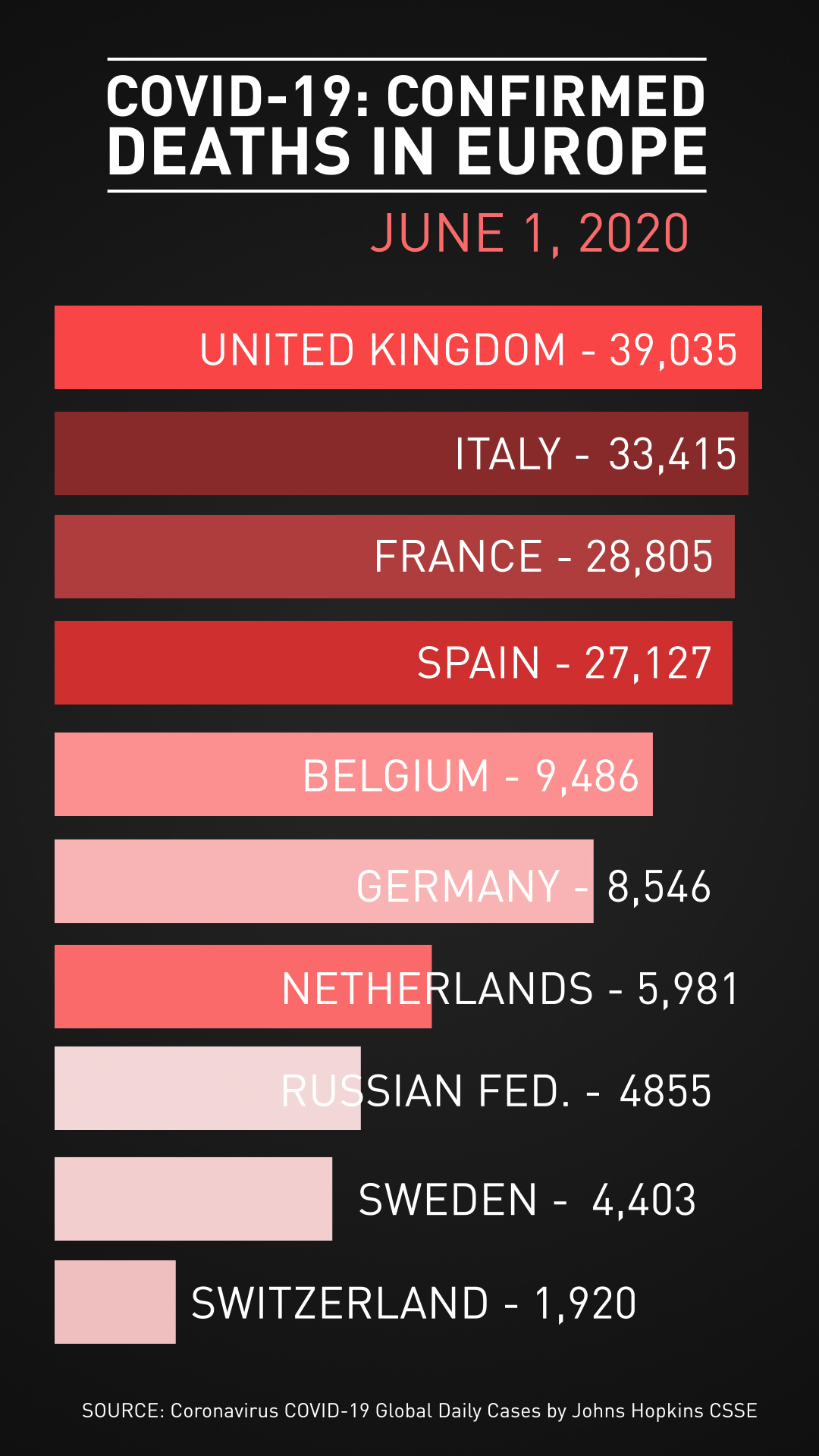 The furlough scheme brought in by the government to support workers laid off temporarily during lockdown is being modified from 1 June.

Whereas before, the state covered 100 percent of the compensation paid to such workers as part of the next phase of lockdown easing, the government is asking companies now to cover 15 percent of the costs, with the state paying 85 percent.

Parents who have had to stay at home to look after children were also able to claim the compensation, but from 1 June those parents will now have to prove why the school cannot accommodate their child in order to keep claiming the support pay.

Stefan De Vries in The Netherlands

The Netherlands will relax a large number of coronavirus measures on Monday. Restaurants and cafés are open again from 12:00.

There are, however, many rules. It is obligatory to make a reservation for a place inside, but not for a spot on a terrace. Inside, there is room for a maximum of 30 guests. Outside, there is no limit.

The staff will ask questions in advance to check whether people have "coronavirus-like" complaints. If that is the case, clients must stay at home. Museums are also opening again and public transportation will fully operate again. On trains, trams, metros and buses, a face mask becomes obligatory from today.

Some schools in the UK are to reopen for the first time in 10 weeks on Monday as the government pushes ahead with its phased easing of lockdown.

Children in reception, year one and year six can start returning to their classrooms, but with many parents and teachers' unions worried the reopening is premature, many children are expected to stay at home.

The reopening of schools is part of several new measures to come into effect in England on Monday.

This includes permitting up to six people to meet outdoors and in private gardens, as well as outdoor markets and car showrooms being allowed to resume trading. 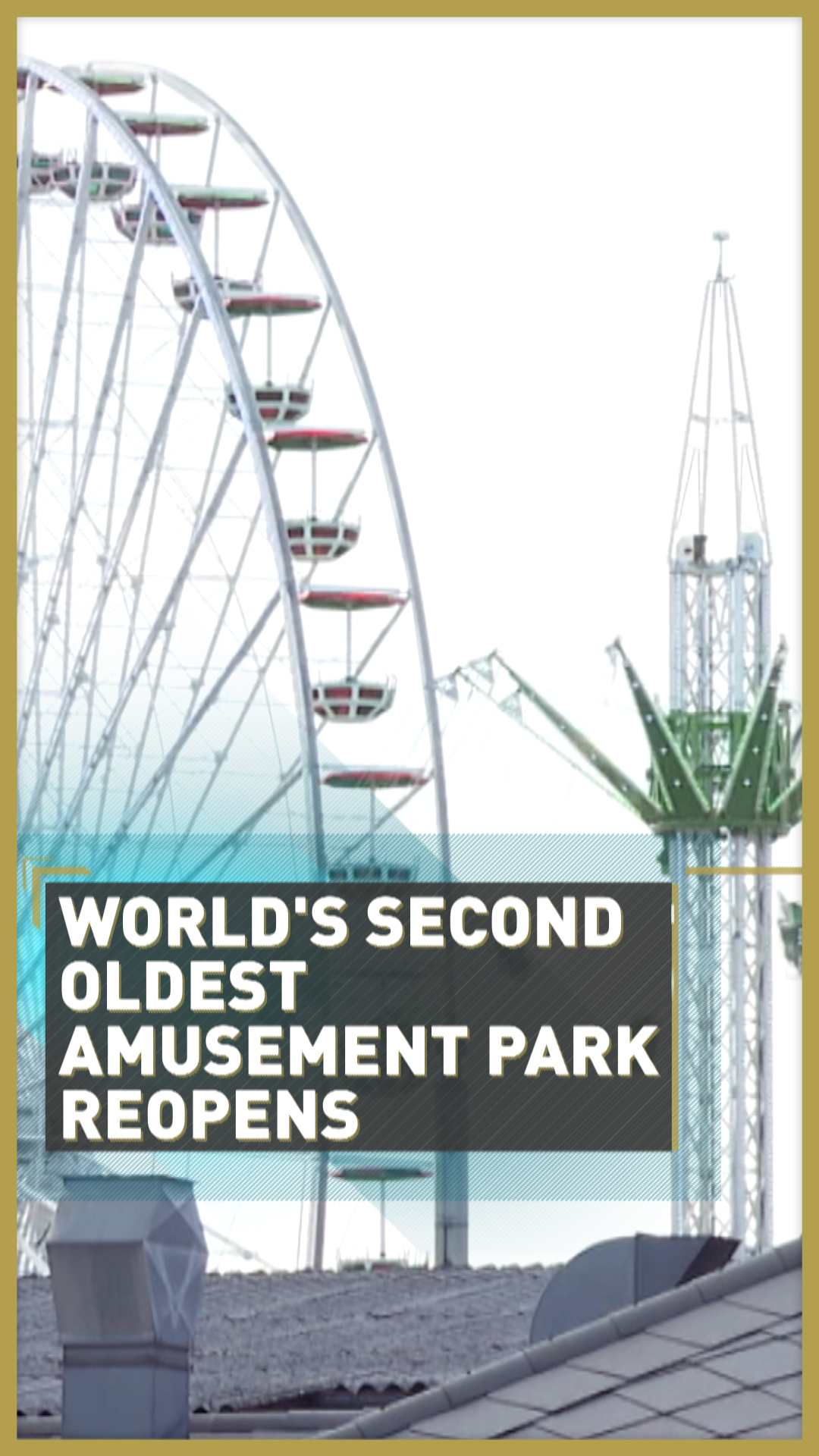 FROM OUR GLOBAL CORRESPONDENTS