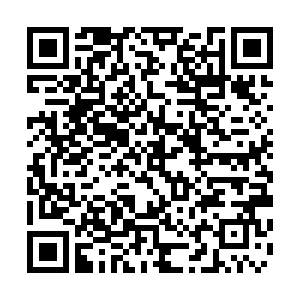 "A European turning point to face an unprecedented crisis."

That's a tweet by the European commissioner for economy and former Italian leader Paolo Gentiloni, describing the amount of borrowing the EU's executive proposed for a controversial joint venture into capital markets to fund pandemic recovery across the bloc.

Across the Atlantic, the government is encouraging the end of lockdown and retailers are hoping to benefit from a (socially distanced) rush on the aisles by offering discounts upwards of 50 percent.

And while grocery retailers are profiting from the lockdown in the UK, luxury goods brands such as Ralph Lauren are on the other end of the COVID-19 experience. The New York-based fashion house reported losses of $249 million in the quarter ending in March – down from a profit of $31.6 million in the same period in 2019.

In our video and graphic today, we consider the history of globalization and global trade, as part of our look at the interconnected world economy.

Thank you to all our readers who have completed our quick survey – if you haven't got around to it yet, please do click here.

The European Commission has set out its plan to borrow $824 billion to help member states recover from the COVID-19 pandemic, matching the French and German joint proposal for $550 billion in grants, and adding $274 billion in proposed loans.

Despite a recovery in recent week, the French economy is set to lose eight percent over this year, according to the national statistics agency. After a first-quarter drop in growth of nearly six percent, the second quarter suffered a 20 percent fall.

A new contract for the Hong Kong Exchanges and Clearing bourse is expected to attract international traders. The HKEX has taken the license to trade futures and derivatives in Asia after 23 years of such activity happening via Singapore instead.

European Central Bank president Christine Lagarde has called the Bank's early estimate of COVID-19's impact on the eurozone "outdated," and warned the damage could be between eight and 12 percent. She noted such a fall would be double that experienced after the 2008 Global Financial Crisis.

Big name U.S. retail brands are planning to entice shoppers back into their stores with discounts of 50 to 60 percent on stock, much of which has been in storage since March. Macy's, TJ Maxx, Gap, Levi Strauss, and American Eagle are among those expected to offer cut prices until at least August.

The U.S. rail company Amtrak has appealed to Congress for a further $1.5 billion of federal funding just to maintain what it called "minimum service levels," as it does not expect passenger levels to recover until at least 2021. The network receives approximately $2 billion a year from Washington DC, and has already had $1 billion from the trillion-dollar federal COVID-19 package.

Car manufacturers Renault and Nissan are hoping to put the Ghosn affair behind them by unveiling a new strategy for their alliance along with Mitsubishi Motors. The "leader-follower" model will allow the strongest partner to take the lead in its area of expertise. It will also split focus on the brands' strongest markets.

Grocery sales in the UK have jumped by 14 percent during the eight-week lockdown period and preceding panic-buying spree before restrictions were placed on the public. It's the fastest rate of increase since 1994, when relevant records began. 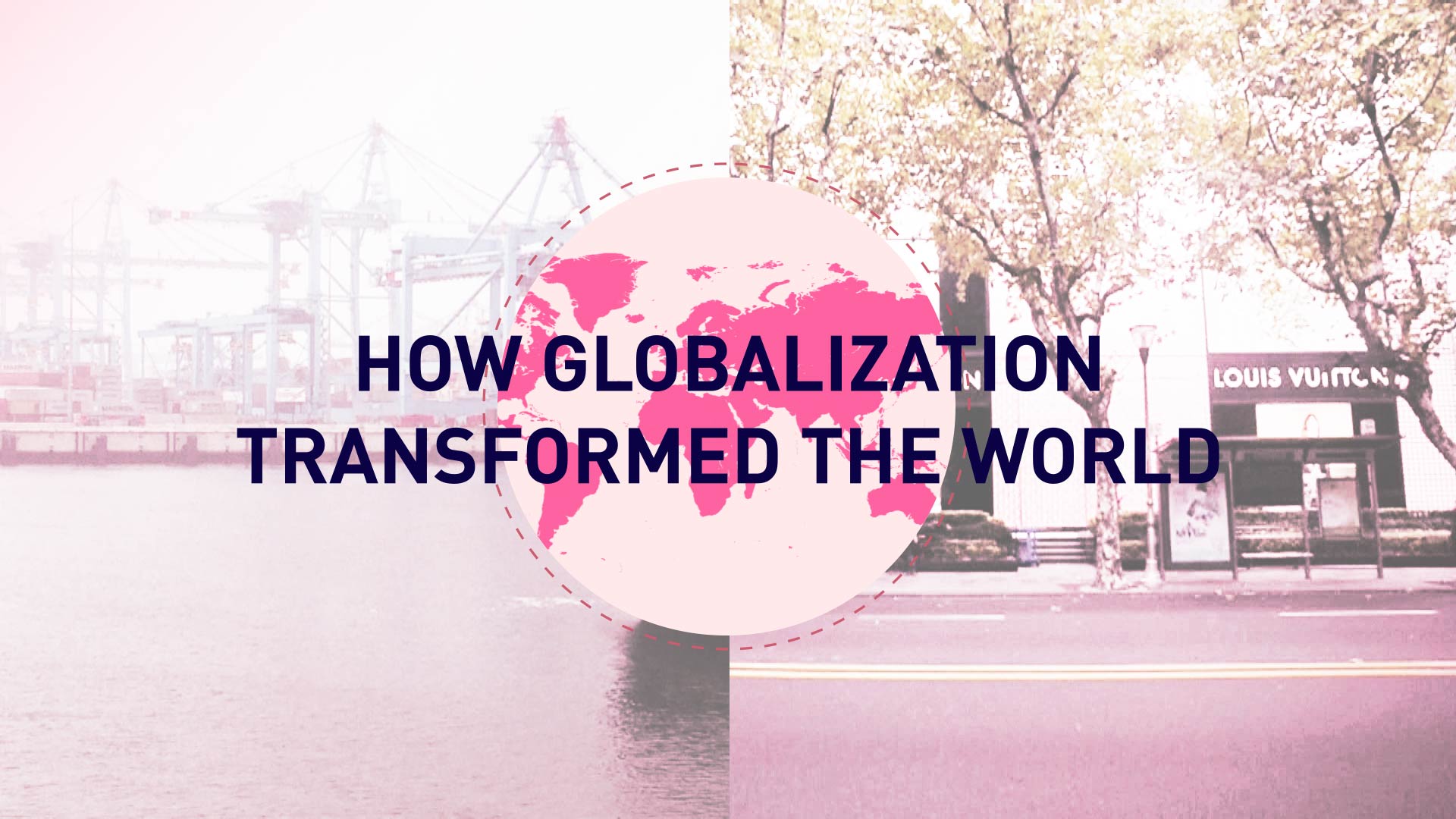 CGTN Europe spoke to Fraser Cameron, director of the EU-Asia Center in Brussels, about the ongoing Two Sessions and what the future holds for EU-China trade talks, which are slated to conclude soon.

What prospects do you think there are now for a successful signing of a bilateral trade and investment treaty between China and the EU this year?

Well, it will be difficult. I mean, we have been negotiating for six years. There's still some difficult chapters to be agreed. There's only a few months left. We've lost time because of COVID-19. There's been a few video and negotiation sessions, but it's not really the same thing. So everyone hopes that we're going to get it by the Leipzig Summit in September. But it's by no means a done deal.

But you're confident that the Leipzig Summit will go ahead?

Yes, everybody's still working on that basis, it's still six months away, so the first summit next month will be a virtual one. But by September, the German presidency is looking very much to a live summit.

And what areas are the two sides successfully collaborating on and what are the major sticking points?

Well, the relationship is all-encompassing. It really covers everything from the environment, climate change, which is top of the agenda, along with the economic recovery. I think you saw last time, after 2008/9, China played a key role. Well, it's not going to play exactly the same role this time, but everybody knows that China and the European Union, plus the U.S., as long as they play along, are going to be the key actors in getting the world economy moving again.

And related to that is the question about developing a vaccine for COVID-19. And this is something that both the EU and China have said has to be a global public good, not something that any one country can keep to itself.

So, of course, these Two Sessions in China are taking place with the backdrop of the COVID-19 global crisis. What has this exposed around the need for China and Europe to work closely together?

China obviously understands, as it did before, the importance of the European market. China's ramping up its home base production, but it still needs its overseas markets and the European market is the biggest one. So Europe has to get moving ahead as well. The two economies are very much interrelated.

How difficult a position are the EU and the UK in when it comes to balancing the demands of the U.S., notably to ban the telecoms giant Huawei, and the need for Europe to define its own relationships with Chinese firms?

Europe certainly doesn't want to get caught up in the U.S.-China trade battle. It wants to ensure the European Union pursues its own course of action, looks after its own interests and the decisions on technology, including Huawei, taken purely from a European perspective and not part of any U.S.-China conflict.

Are we likely to see the Chinese economy back on track anytime soon and what is at the top of the Chinese list of priorities at this time?

Top of the list is ensuring you get all the factories up and running, the service sector moving again, it's complicated because transport is still very difficult in terms of flights to markets overseas.

So I think that we have to ensure that safety and opening up go together in China as elsewhere. But everyone's looking over the next two or three months and assuming that trade will actually pick up and get back to being the locomotive that both the EU and China want to see. 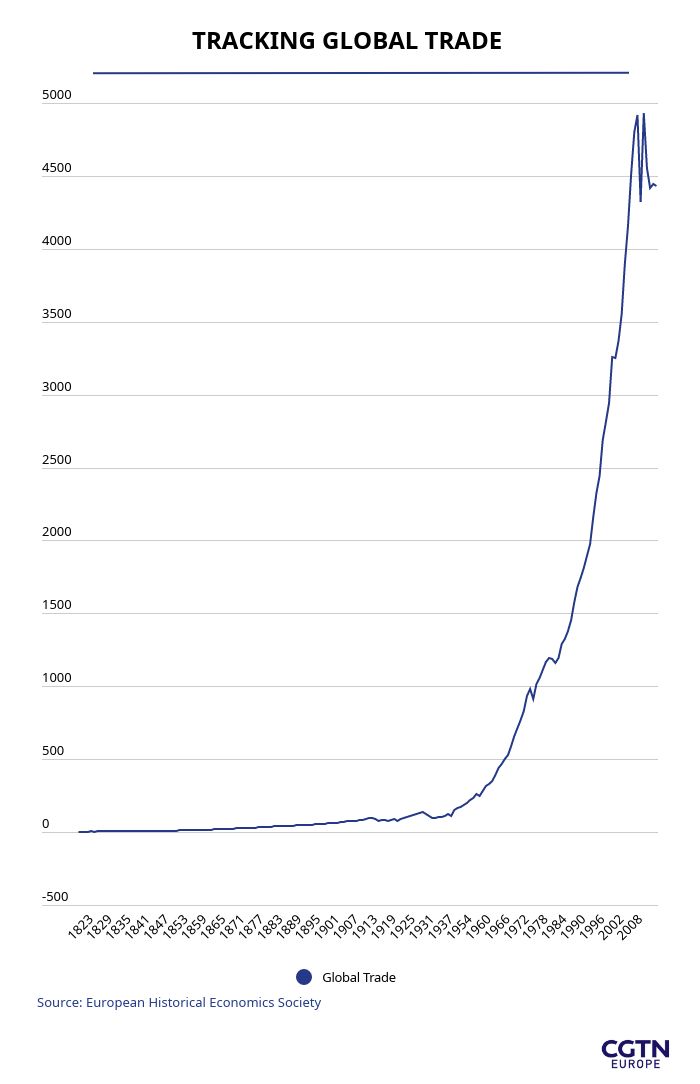