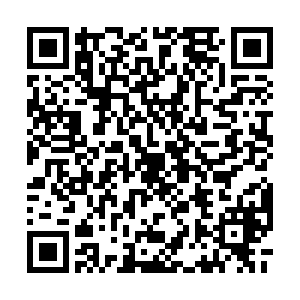 "Very few people are really interested in the fashion industry going back to the way it was. And what people are looking for, actually, is for there to be a radical change in the industry.”

That's Josie Warden of the Royal Society for the encouragement of Arts, Manufactures and Commerce in London. You can read the rest of our interview with her below, in which she argues a consumer-led change to the high-consumption and waste-heavy sector is under way.

In the news overnight was Richard Branson's Virgin Orbit, which unfortunately didn't quite make it to orbit, being "terminated" moments after it was released from the jumbo jet carrying it.

Meanwhile in Europe, Lufthansa has said it will cut its Eurowings HQ staff by a third. It's not all bad for the German flying group though, as it did finally agree its $9 billion bailout with the Berlin government.

And in today's video we look at how the European auto sector is gearing up again – but not to fill European showrooms.

Thank you to all our readers who have completed our quick survey – if you haven't got around to it yet, please do click here.

China Development Bank announced it will provide a total of $50.45 billion of financing to the Guangdong-Hong Kong-Macao Greater Bay Area (GBA) this year as part of ongoing financial support. A total of $40.6 billion of loans are included in the fund.

Virgin Orbit, the satellite-launch project of Richard Branson's empire, aborted its attempt to launch its rocket from the belly of a 747 jet plane. The test was abandoned moments after the rocket left the aircraft, according to Virgin Orbit. The flight was a test of the plan to launch satellites into orbit.

Tencent, the Chinese tech giant, said it will invest $70 billion in tech infrastructure across cloud computing, artificial intelligence and cybersecurity – including 5G networks and quantum computing. The investment comes a month after Alibaba said it would put $28 million into its cloud computing hardware.

The Asian Development Bank has agreed to loan the Philippines $400 million to strengthen capital markets and finance some of the infrastructure projects the Manila government hopes will spark economic recovery in 2021.

Nearly $150 billion of U.S. federal funds allocated to small businesses by the Paycheck Protection Program, which aimed to assist firms hit by the pandemic, has been left unused. The Small Business Administration said it had loans worth $512.2 billion of the $660 billion allocated by the trillion-dollar legislation.

China, the world's top pork consumer, imported a record 400,000 tons in April, up nearly 170 percent from a year earlier, customs data showed, as buyers took advantage of low prices to stock up on meat. China imported 1.35 million tons of pork in the first four months of this year.

Lufthansa's low-cost airline Eurowings announced it would cut a third of the jobs at its Dusseldorf headquarters, as part of the effort to stabilize the group's finances, after it agreed a $9.8 billion emergency fund with the German government.

Thai Airways International has applied to a bankruptcy court in Bangkok to "rehabilitate" its debts. The airline must agree a plan to pay its creditors, as the loss-making carrier does not anticipate being able to pay its debts due in the next 12 months.

José Manuel Campa, chair of the European Banking Authority, told The Financial Times despite the shock of COVID-19, Europe's banking sector has "sufficient buffers" to ward off a crisis similar to that of 2008. "The measures put in place since the last crisis have held up," he added. 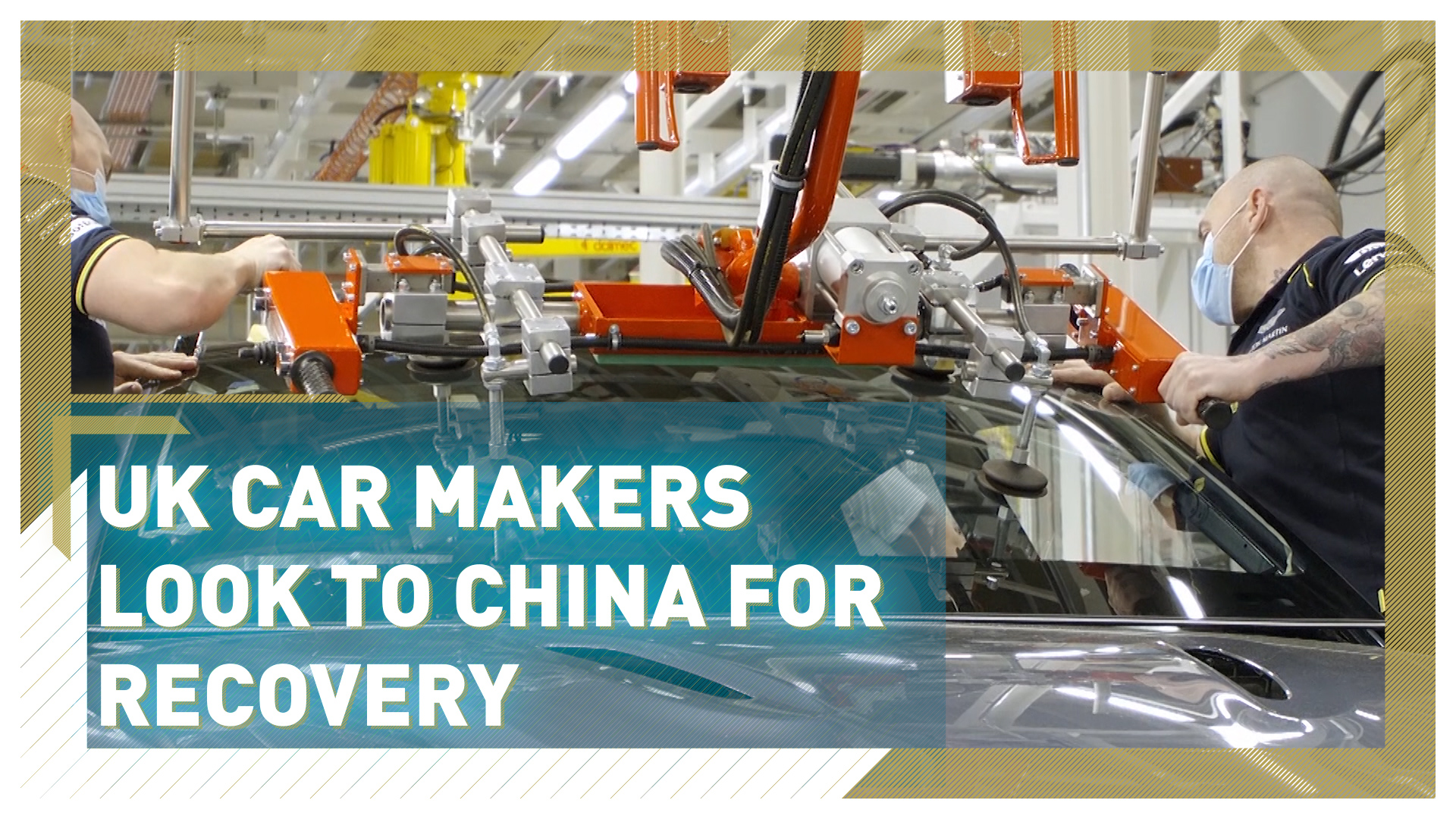 Josie Warden, associate director at The Royal Society for the encouragement of Arts, Manufactures and Commerce, spoke to CGTN Europe about the impact of the pandemic on the fashion industry, and how consumers are at the forefront of change.

How has the pandemic affected the fashion industry and what are consumers saying?

So, the research has shown that people have reduced the amount of clothing they're buying during the lockdown period and, crucially, that people are wanting to continue those behaviors into the future.

So, around half of us are wanting to buy fewer clothing to reuse and repair clothing we already have. And to think about buying second-hand. And that's particularly prevalent among the 16-to-24-year-olds, who are really keen. That's part of their fashion consumption in the future. And consumers are looking for industry to change as well, to help them to make those behaviors stick.

And has this hit manufacturers?

There have been a lot of impacts on the supply chain for the fashion industry. They've had huge challenges both on the supply side, once COVID-19 hit their kind of manufacturing production, that had huge implications for them.

But now that people are being affected and locked down and people are buying less, that also has huge implications. We saw some evidence that people are looking to buy more locally and support more local designers. And particularly in the UK, there's a strong support for more of the fashion industry to be [more local] with about half of us thinking that more should be made in the UK.

But could this be a temporary change, or are we seeing a long-term change happening in shopping habits?

Very few people are really interested in the fashion industry going back to the way it was. Only about one in five of us. And what people are looking for, actually, is for there to be a radical change in the industry, so that the environmental and social impacts of the industry are much [improved].

And I think that comes on a number of fronts, firstly with fashion retailers and brands thinking very differently about their business models. We know that fast fashion, large volumes at low prices, is an industry that's going to struggle over the next few years. So when the consumers are really thinking about the quality of the clothes they buy, business [needs] to be thinking about how they can minimize the environmental impacts through different business models such as a rental or resale.

Secondly, for governments to really support the kind of burgeoning of that kind of industry. So supporting sustainable businesses and for boosting and supporting those businesses as they invest in the economy over the next few months.

What are the big social factors that customers are worried about?

I think through this COVID-19 crisis, we've seen the impacts on workers in the supply chains of the garment manufacturing, where there have been concerns about businesses not paying workers or not paying for orders.

But also, closer to home in the UK, through logistics and the concerns that people are being forced to go back to work too soon in order to supply the consumers. People are quite aware of what's happening with the social impact of the industry, too, at this time.

China is the European Union's second largest export market. The EU's main goods exports to China are cars, aircraft, pharmaceuticals, integrated circuits and wine. Here's what you need to know about the car trade to China. 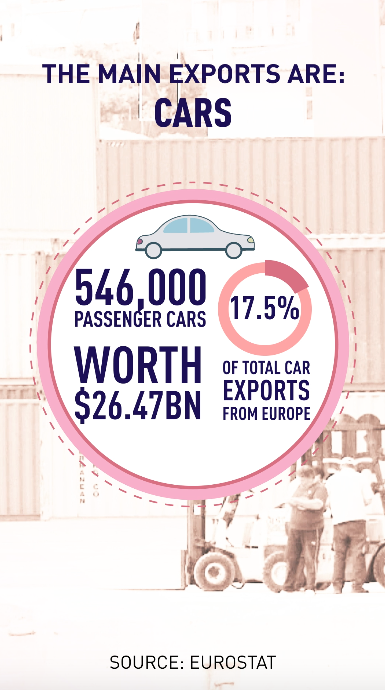