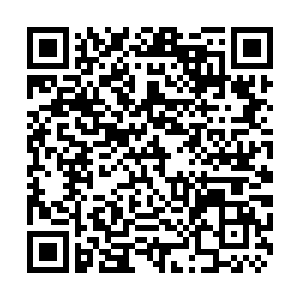 "I think we will see a new type of globalization… Airlines will suffer, but maybe the digital industry will flourish.”

That was the response from Michele Geraci, former Italian Undersecretary for State, when CGTN Europe asked if COVID-19 could spell the end for globalization.

You can read the full interview below.

Today's news is dominated by the Two Sessions in Beijing, which included Premier Li Keqiang's announcement that China would not specify a GDP target for 2020.

But markers showed positive signs for the nation's economy, with e-commerce giant Alibaba posting a rise in online sales and other areas of its business, while fashion house Burberry revealed a return to 2019 levels of sales.

Meanwhile, the World Bank is set to provide $500 million to areas of Africa and the Middle East currently experiencing the worst locust swarms in living memory.

While in India, more news from Amazon after yesterday's announcement of a move to food deliveries. The U.S. firm is now on a hiring spree.

Finally, a reminder that our quick survey is your chance to tell us what you like and what we can improve.

China's Alibaba Group has reported a 19 percent rise in its online sales business and revenue at its cloud computing vertical rose 58 percent, reflecting the move to working and shopping online during the pandemic.

The Chinese government has not set a specific target for economic growth this year, Chinese Premier Li Keqiang announced on Friday. Li said the decision was made because China will face some uncertain factors in the world economic and trade environment due to the COVID-19 pandemic.

April figures for UK government finances revealed the biggest jump in government borrowing in 57 years. The national ratio of debt to income expanded to the highest debt burden in the UK since 1964.

Australia has dramatically revised down its forecast of the cost of its key COVID-19 job protection measure. Australia's finance minister said only 3.5 million Australians were now expected to claim on the scheme, instead of the 6.5 million initially projected, bringing the cost down to $45.6 billion from $84.8 billion.

Luxury fashion brand Burberry said its sales in China and South Korea have recovered to 2019 levels, after several months worth of revenue were lost because of the pandemic. Both countries are key markets for the British firm.

The World Bank said it would provide $500 million to areas of East Africa and the Middle East affected by locust swarms said to be the worst in decades. The Bank anticipated $8.5 billion of damage could be done to crops without intervention.

Amazon's Indian business said it will hire 50,000 temporary staff to cope with increased demand in online shopping during the pandemic. It comes a day after the firm said it would launch a new food delivery venture in the country.

Austrian airline Lauda is shutting its base in Vienna and cutting at least 300 jobs, after owner Ryanair couldn't agree new contracts with the union. CEO Micheal O'Leary had threatened to close the base of staff did not agree to a pay cut.

In trade, tourism, education, culture and connectivity, Europe is closer than ever to Beijing.

Michele Geraci - Italy's former Undersecretary for State, was a key architect of Italy's MOU with China on the BRI

You spent many years in China. What do you think we'll see then from the two sessions this year? And also, how important is it for Europe?

The two sessions are mostly going to focus on domestic issues. This has always been the case. China has a lot of domestic problems. The role that they need to play in the international arena is more of a 'must' to do rather than a 'want' to do. The main focus is on how to reduce poverty and how to reach what they call a reasonably wealthy society. So inward-looking focus, especially on poverty alleviation and what to do after the coronavirus impact on the economy.

How then will COVID19 affect the Belt and Road Initiative?

I think it would be neutral and may even be positive, one: because of the type of industries that are involved in the belt and road, such as infrastructure, trains and roads, ports, development. Not things done indoors like small companies or service industries. So the social distancing is easily achieved and that's one reason.

The second reason is that I think, given that we in the West worry about having all our goods produced in China, there may be a tendency to outsource more out of China,and into other countries to diversify our suppliers. And these other countries may be those of Central Asia and hopefully even in Africa. And that would be an additional boost to support the Belt and Road Initiative that, of course, built infrastructure roads. But they also need consumption, people, and wealth to rise.

Do you think that the appetite for globalization is waning?

I think we will see a new type of globalization - less people, airlines will suffer, so will the travel industry and tourism. But maybe the digital industry will flourish, especially mine personally as a professor. I've been doing lectures online now more than I would have done face to face. I'm losing a little bit of face to face, but I'm extending my reach because now online lectures are more accepted than it was before. So in a way, there are industries that will grow. And that's why I see a shift from, let's say, the hardware industry more into the software industry, and China is indeed well-positioned to grab this opportunity.

Do you think COVID19 could create an opportunity for innovation?

It could, but we are slow at grabbing. I've been crying, shouting for the last four months that no crisis should be wasted. I think it was Winston Churchill that said it, though it's been repeated many times. And we have a crisis now and we are not grabbing the opportunities.

We are debating about the use of app technology. This is the right time, for example, to decide if we want to move from a cash economy to credit card or mobile payment, because, of course, that's from a health point of view - there is no exchange of notes. But we haven't done any of that. So  I fear we will miss these opportunities and that will further increase the gap between the dos and don'ts. In Europe we just talk about things.

Can I ask you, on a more macro level, some political leaders say that they will reassess their relationship with China post-pandemic. Do you think we'll see less global cooperation?

I don't think it is a very smart move to go head-to-head with China, which is the second-biggest economy in the world. And China does supply a lot of goods for European and American companies. If they were to be a breakdown of the economic relationship between the U.S., for example, in China, it would be US companies that suffer most. China only exports 20 percent of its GDP. We do think, maybe mistakenly, that China relies on export. It does. But only 20 percent. Not as much as Germany.

Not as much as Italy. That has 30 percent of its economy relying on exports. So I do think the policy and politicians, my former colleagues, speak mostly to their own local domestic electoral base is to make them look like they tried to protect them. But then companies and people do continue to do business because they know that this is not a fault of one country and they have their own personal interest in continuing to entertain relationships.

Maybe one thing I would like to say is over the issue of these politicians making loud noises against China. It could actually alienate, at some point, their own people. Because if China retaliates commercially, those companies and individuals would be the ones to suffer from the, not so well thought out, public statements of political leaders. So they themselves are walking on a fine line, trying to look good and protect their own citizens. But they cannot pick a fight with someone that may be strong. 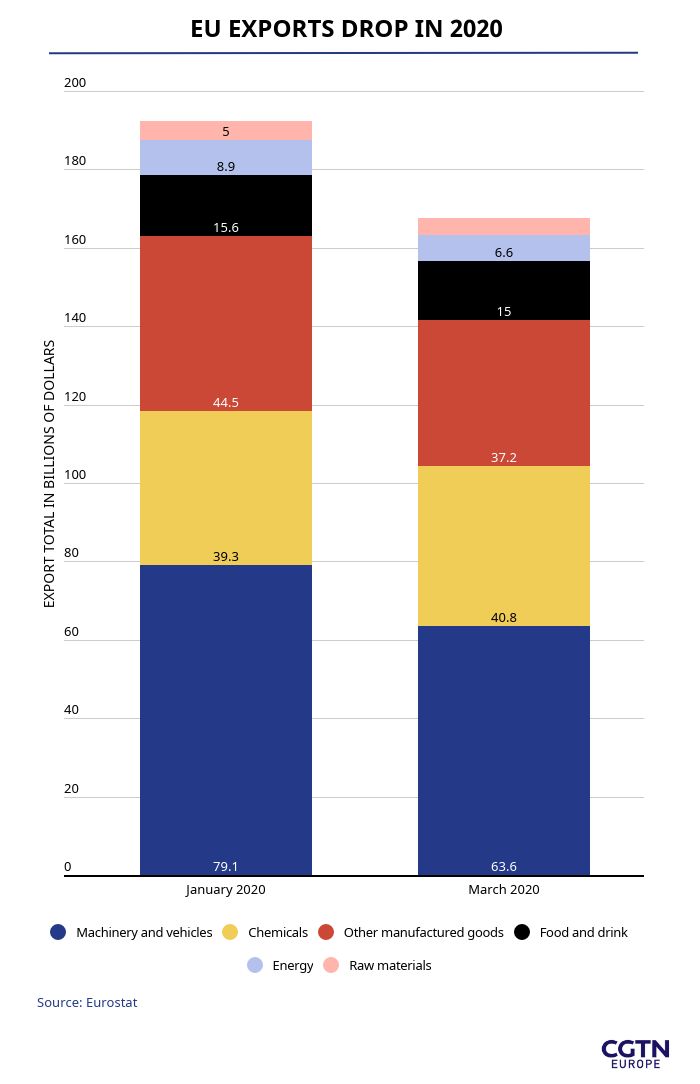