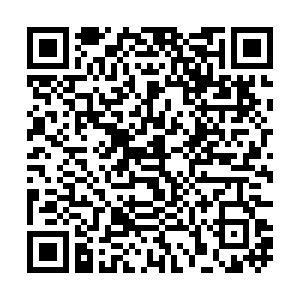 "Having reiterated their ability to do more if needed, central banks have now little to do but wait to see how the data, both economic and infection rates, plays out."

That's Chris Beauchamp, chief market analyst at IG, who warned that market watchers and businesses should not look to central banks for more help – at least not just yet.

He was reacting to a continued market slump, and as the Office for National Statistics revealed 31 percent of the British workforce is on "furlough" leave.

Elsewhere, easyJet said it plans to slowly reopen flights from 15 June, though it will require staff and passengers to wear face masks on flights.

And in India, e-commerce giant Amazon is looking beyond COVID-19 and is planning to open a new prepared food delivery service after significant demand – and success of rivals such as Zomato.

Our video report today looks at businesses and workers on either side of the U.S./Mexico border, but looking further south a convoy of Iranian oil tankers is being protected by the Venezuelan military after reports the Trump administration was planning to block the legal delivery.

Finally, let me remind you to complete our quick survey here.

EasyJet said it will resume flights across Europe on 15 June, with 189 flights per week planned by "mid-June." The low-cost airline has instructed crew and passengers to wear face coverings on flights.

Facebook CEO Mark Zuckerberg has defended the social media giant's record on misinformation, saying the company was "behind" in combating so-called fake news in 2016, but he added, "we don't want misinformation to be the content that is going viral," after a post by Brazil's president, Jair Bolsonaro, was removed.

Venezuela said its military will "escort" oil tankers carrying Iranian fuel to the country, after reports suggested the U.S. naval fleet in the Caribbean Sea was contemplating intercepting or blocking the convoy.

U.S. jobless figures remain high, with 2.4 million claims for state benefits in the week of 16 May. However, that number is declining from the peak of 6.8 million on 28 March.

Air France-KLM has announced it will retire its Air France Airbus A380 fleet with immediate effect. It had planned to end use of the planes by 2022 and had begun the process before the pandemic. However, the airline announced the "definitive end" and said the cost of the writedown will be nearly $550 million.

In further bad news for aircraft manufacturer Airbus, Gulf airline Emirates is reportedly seeking to cancel five of eight planned A380 deliveries. Although the UAE-based carrier is planning to take three deliveries, the cost of cancelling five orders without an agreement with Airbus could cost $70 million per plane.

The latest COVID-19 review by the UK's Office for National Statistics showed 76 percent of businesses have applied for the Coronavirus Job Retention Scheme. And as of 3 May, 31 percent of the country's workforce are on "furlough" leave.

At least 60 foreign employees of Royal Dutch Shell were evacuated from Iraq after a "security breach" at the Basra Gas Company, linked to a protest by other employees over pay. The company said no effect is expected to be felt, as the evacuated staff will work from home.

Manchester United Football Club has dropped its yearly financial targets and revealed a second consecutive quarterly drop in revenues and profits. The club is part of discussions around restarting the English Premier League.

Despite tough lockdown rules, Argentina's government has helped charter a flight from Israel for rabbis who make an annual trip to the Latin American country to ensure beef is suitable to be certified as kosher. Israel is a major importer of kosher Argentinian beef.

Amazon is hoping to build on its established business in India, and the country's booming food delivery sector, with a prepared meal delivery service. The Seattle-based company said customers in India had been asking for such a service "for some time."

A 20 percent drop in share price linked to COVID-19 has forced Italian drinks firm Campari to ditch its planned move from Milan to its registered office in the Netherlands, as the drop has made it profitable for shareholders to exercise withdrawal rights – hiking the cost of the move for Campari itself.

Amid the COVID-19 pandemic, ​the U.S., Mexico and Canada have agreed to extend border restrictions between their countries – for at least the next month. ​All but essential crossings have been banned now since mid-March and it's having an impact on both sides of the border. 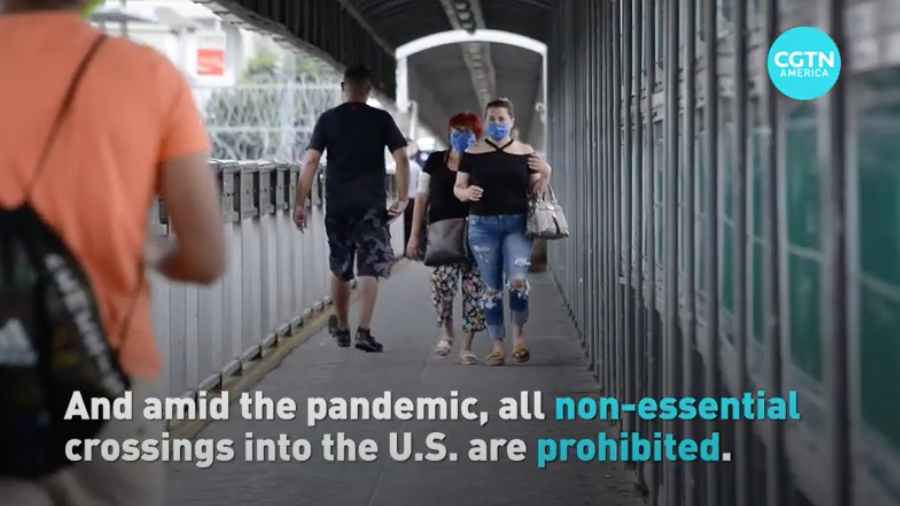 Peter Morris is chief economist at Ascend by Cirium and talked to CGTN Europe about the economic landscape that led to Rolls-Royce shedding 9,000 jobs.

Rolls-Royce and similar engine makers and plane makers were in serious trouble long before the coronavirus – is that why the company has now laid-off 9,000 employees?

Well, to some degree, but perhaps that's due to the speed of progress of technology. I mean, right the way across the board you've seen Boeing with Max problems. You've seen Airbus with problems. We've seen Rolls-Royce with engine problems. So I think to some extent it's been... actually, the [target] speed of development has gone faster than could be achieved.

Cutting 9,000 jobs – a fifth of the workforce – doesn't sound like a short-term decision. It sounds like a lack of confidence in the return of the aviation sector in the medium and even perhaps the long term?

No, I think even the most pessimistic [forecasts] suggest that the industry will recover to the level it was in 2019 ... and there's where you need to choose your date. Some people are talking about the end of 2021, some people 2023, some as far as 2025. But the industry is geared to global GDP and so that as people earn more money, they want to spend more money on travel.

We're back to a situation perhaps as we were with SARS in 2003, where it was a nightmare for the aviation industry, particularly in Asia-Pacific. But actually, within a year or two, it was back on its feet. I'm not saying this is the same thing. It's got different attributes and so on. But, nonetheless, the industry is incredibly robust and does have the power to recover. But how long, as you suggest, is the big question.

Rolls-Royce is one of the most coveted brand names in the world. What position and esteem and role does it have in the British industrial psyche?

Well, it's definitely a blue ribband-type company, so it's top of the chain in terms of technology, in terms of long-term jobs, in terms of the quality of the workforce. So the reduction of this scale in a workforce is really bad news for "UK Inc." And, indeed, bad news for the aviation industry.

I wonder what kind of opportunities and job vacancies do 9,000 ex-Rolls-Royce employees find in the UK at this moment?

That's indeed a very profound question. I mean, what they won't be able to find easily will be anything at the same kind of level of technological excellence. And nobody's talking about starting up a rival aero engine manufacturing company with the people who are let go. So, you're talking about having to move down the chain and compete with other people who are also being laid off.

Across the world, voters in every country are calling for governments to intervene to save jobs like this. This is simply beyond the ability of national governments to bail out, isn't it?

Short of starting the printing presses, they can't keep producing money from nowhere. So I think the thing is particularly about these subsidies and support... Travel and tourism is one that's a $10 trillion business worldwide, which goes right the way through to hotels, it goes through to restaurants, car hire, the whole thing suddenly has been brought to a shuddering halt.

So you can temporarily support that. But the question is how long that can go on before those industries have to resize and then look to grow again. But, as I say, it's geared to global incomes. You will see the industry and the travel and tourism industry come back. 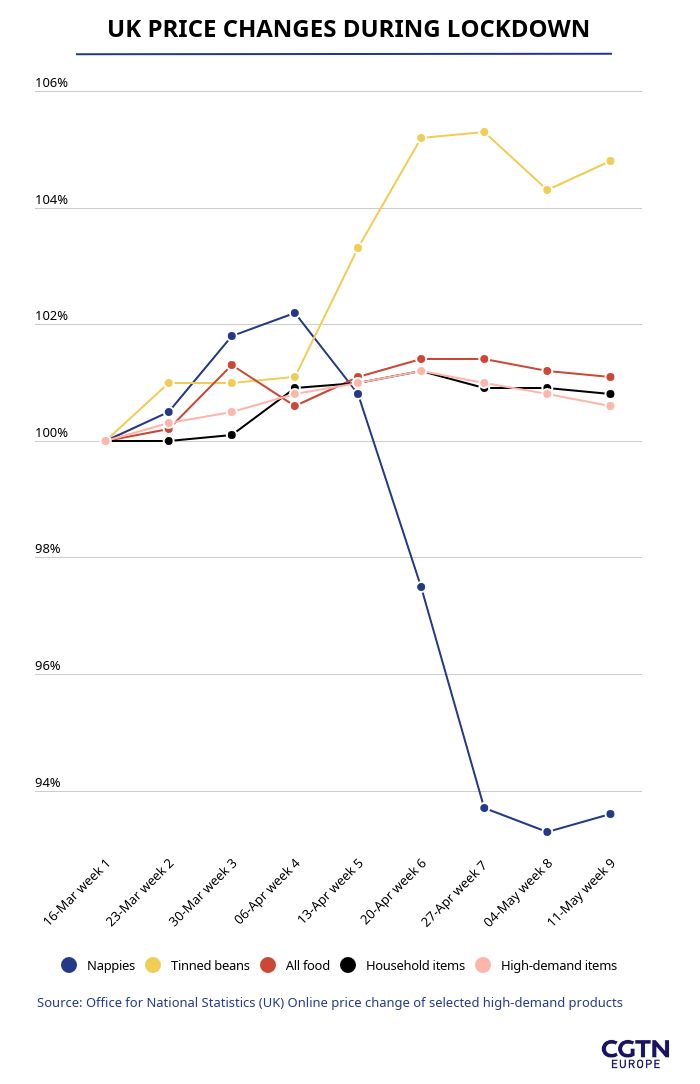