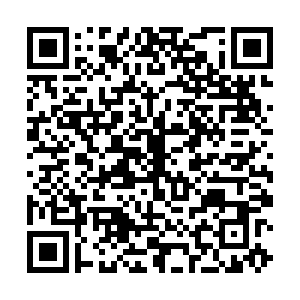 - The UK has approved a deal to acquire antibody tests from the Swiss drugs manufacturer Roche, a spokesman for Prime Minister Boris Johnson confirmed, while reiterating that the tests would be free and health and care workers would be prioritized.

- Spain has renewed its state of emergency for the fifth time, despite opposition protests against prime minister Pedro Sanchez's minority coalition government.

- Some parts of the Irish economy could reopen ahead of schedule, provided the disease remains under control, health minister Simon Harris said as the government moves into phase two of reopening on 8 June.

- Estonia starts testing one of the world's first digital immunity passports, which it is hoped will help employees return safely to their workplaces following the easing of restrictions.

- London's Heathrow Airport begins trialing temperature-screening passengers arriving at its Terminal 2 as part of a wider series of new measures to be introduced in the coming days and weeks.

- Switzerland has directed its defense ministry to secure sufficient reserves of COVID-19 vaccine amid concerns the medicine might be in high demand once it's ready.

- Poland's economy may contract by 4 to 5 percent in 2020, more than the previously expected forecast of 3.4 percent, a senior finance ministry official has warned.

- The European Commission has proposed targets to prevent the degradation of natural habitats and sustainable food production in the post-virus world.

- Lufthansa is in talks with the German government over a rescue deal worth up to $9.9 billion, which includes the state taking a 20 percent stake in the beleaguered airline.

- Insurer Aviva expects $200 million in claims related to the pandemic and weak second-quarter sales as lockdowns take a toll on the global economy. 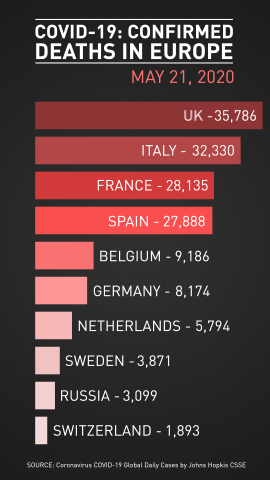 The number of people in hospital with COVID-19 has fallen below 10,000 for the first time since the outbreak began.

NHS England said 637 people were admitted with the virus on Monday, down from more than 3,000 at the start of April.

The prime minister, Boris Johnson, has promised a "world-beating" contact-tracing system to limit a renewed spread of the disease will be ready by the end of next week. The government hopes this will persuade unions to endorse the reopening of primary schools at the beginning of June.

Multinational retailer Marks & Spencer has said sales of suits and ties are down to "a dribble," while the top sellers right now are sportswear, sleepwear, jogging pants, hoodies and leggings. 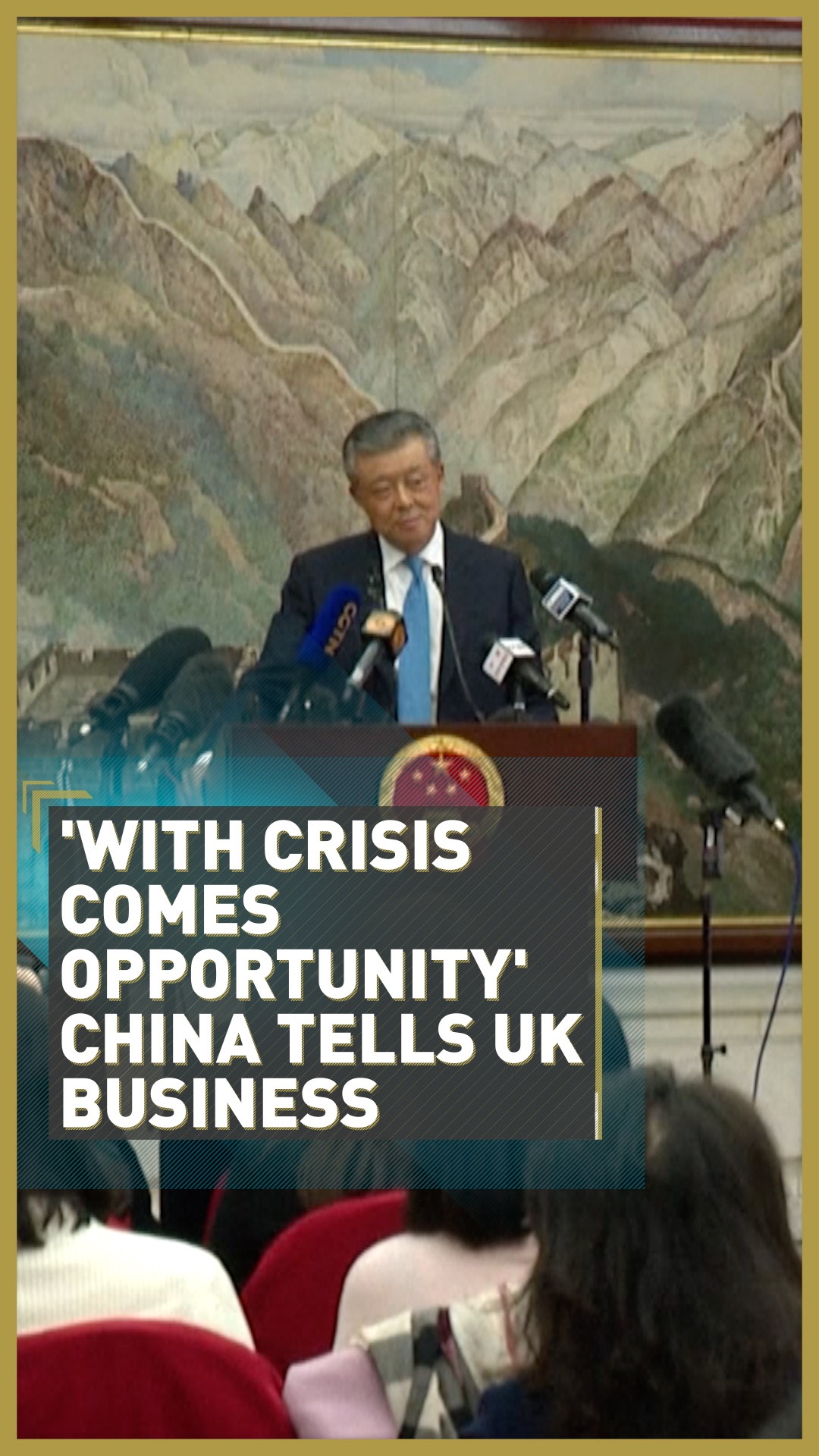 Air France says it is bringing an immediate end to its use of the Airbus A380 due to the crisis in the aviation industry caused by the pandemic.

AF-KLM had planned to discontinue using the giant aircraft in 2022 but the Franco-Dutch carrier has brought forward the end date as it tries to combat the financial burden of grounded aircraft, dried-up ticket sales and furloughed staff.

Air France says the A380, which can seat 853 passengers, is too costly, too polluting and not profitable enough and it will focus now on more environmentally friendly options such as the Airbus A350 or Boeing 787. Earlier this month, the French government approved a $7.6 billion loan to the company, provided it scraps some of its domestic routes.

Air France is bringing an immediate end to its use of the Airbus A380. /Eric Piermont/AFP

Air France is bringing an immediate end to its use of the Airbus A380. /Eric Piermont/AFP

From Thursday, the wearing of face masks is now mandatory across Spain. Since 4 May, people had been required to wear them only if they were using public transport.

The authorities say now anyone aged six and over will have to wear a mask in all public spaces where it was impossible to follow social-distancing measures.

The ruling will remain until the state of emergency comes to an end. On Wednesday, Pedro Sanchez's minority government got approval for a fifth extension to the lockdown – meaning it will continue until 7 June at least.

However, it's likely the government will ask for another extension in two weeks' time.

- Foreign visitors to Japan plummet 99.9% in April amid pandemic