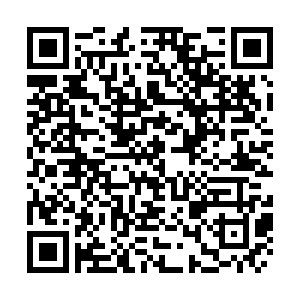 "We shouldn't believe the rumours too much. It's true that the automobile sector today is quite impacted by the crisis… In the next 15 days, the government will announce a support plan."

Elsewhere, aero-engine maker Rolls-Royce (which is separate from the BMW-owned luxury carmaker) has announced 9,000 layoffs. Although it has not confirmed where, on its global workforce of 52,000, the axe will fall, its headquarters are in Derby in the UK.

There are two high profile court cases to know about today, as the Venezuelan central bank lobbied the Bank of England to release its gold to help with the nation's COVID-19 response. The Bank has so far refused, as the UK does not recognize Nicolas Maduro as the leader.

The other case took place in Amsterdam, where an audit court ruled the country's finance minister acted illegally when he agreed to the $848 million purchase of Air France-KLM shares.

And as you may have seen, a very popular podcast caused (another) stir by announcing it would soon be available only on Spotify. Don't worry though, CGTN Europe's are still available wherever you find your podcasts. Scroll to the bottom of today's email to find out more.

Finally, we have a survey for you. Never fear, it's not long, but we want to hear what you think of Global Business Daily, and how we can tailor it to you! Please click here to complete it.

Rolls-Royce, the British airplane engine manufacturer, has said as many as 9,000 employees will lose their jobs as a result of knock-on losses from the almost total shutdown of the aviation industry amid the global pandemic.

Heath and cosmetics brand Johnson and Johnson will stop selling its talc-based baby powder in the U.S. following on-going litigation by consumers who claim the product caused cancer. The firm has already paid out billions but has consistently denied the link.

The fastest hike in unemployment since records began has hit the Netherlands, with the young worst affected. At least 44,249 people in the country have been diagnosed with COVID-19.

The World Bank has renewed earlier warnings from the IMF and others, that at least 60 million people worldwide could be thrust into poverty by the COVID-19 pandemic and following economic strife.

German airline Lufthansa told staff it does not expect to return to pre-COVID-19 passenger levels until 2023 and has said at least 200 of its 763 planes would still be grounded come 2022, according to a memo seen by Reuters news agency.

The world's most populous social media platform, Facebook, will launch an e-commerce offering called "Shops." The service will be integrated through Messenger, Whatsapp and Instagram, which Facebook owns, and is designed to bump revenue as user growth slows.

The Venezuelan central bank has launched a legal case against the Bank of England, as the London institution has reportedly not followed Venezuelan instructions to sell $1.02 billion of the gold belonging to the Latin American nation to the UN, in order to aid Caracas's COVID-19 response.

China's central bank has held its lending rate stable, a benchmark measure of the Beijing government's economic and fiscal policy. The one-year loan prime rate remaining at 3.85% was seen by many analysts as a pause, rather than a full stop, to China's response to COVID-19.

The Dutch Court of Audit has ruled the Amsterdam government's 2019 purchase of 14 percent of Air France-KLM shares was "irregular." Finance minister Wopke Hoestra made the $848 million transaction before telling the Dutch parliament, that error was ruled unconstitutional.

For much of Europe, the lockdown rules imposed after the outbreak of COVID-19 are being eased. But that's far from the end of the pandemic. So how are businesses changing to make room for the new ways of trading? Stefan de Vries visited a restaurant and creative workspace in Amsterdam to find out more. 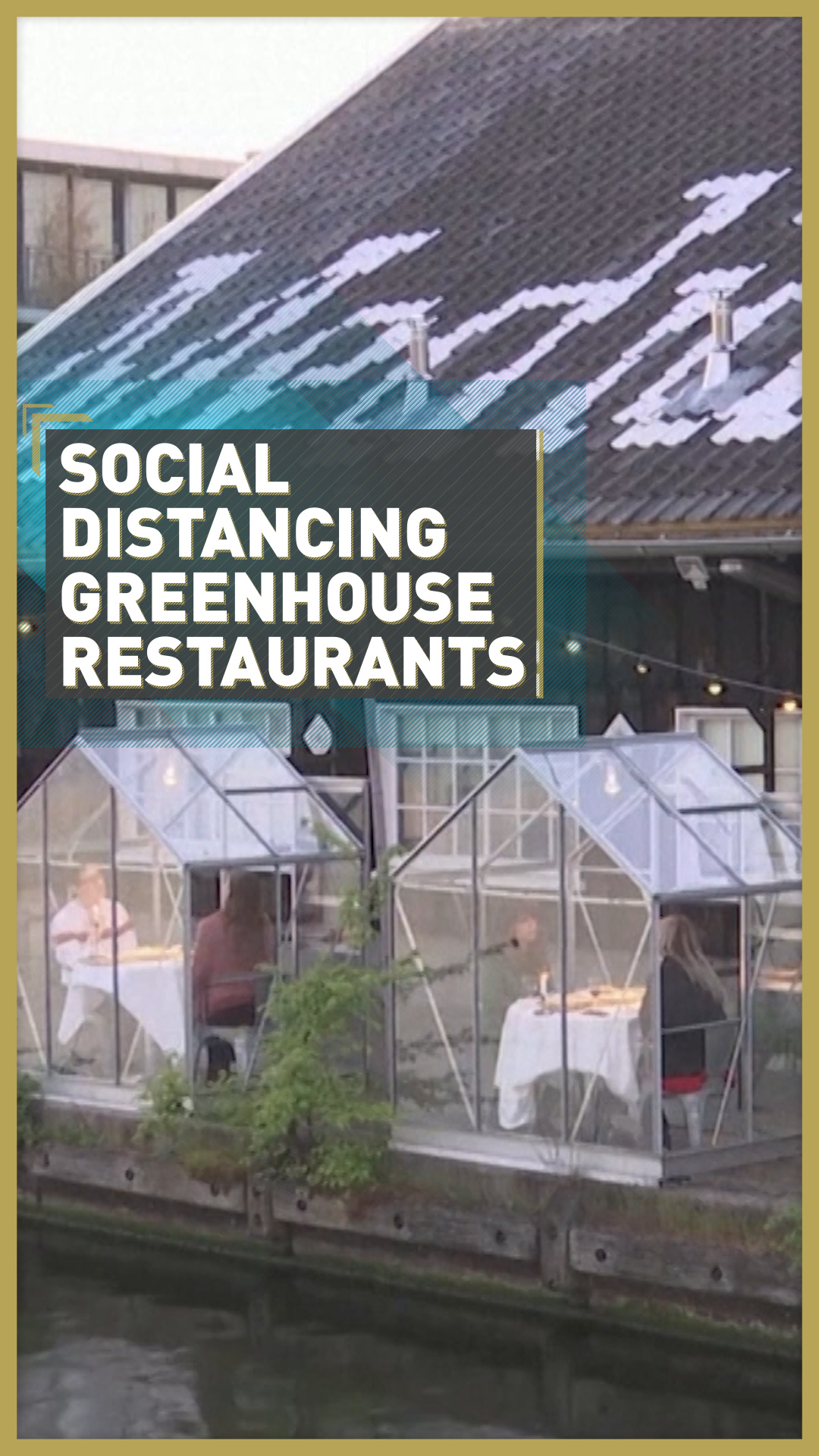 Saadia Zahidi of the World Economic Forum spoke to CGTN about the WEF's new risk assessment of the global economy, and what changes we are likely to see to the way the global economy works, after the pandemic.

The WEF COVID-19 report paints a pretty grim picture of the world economy over the next 18 months. Let's talk about the big concerns, what's keeping business leaders up at night?

As an institution, we try to understand what are the emerging risks? What might happen? What some of the challenges are. But at the same time, spend a lot of time to see if we can actually build back better, shape better economies.

This report is trying to understand the views of 350 chief risk officers across various sectors, across various geographies and understand what are they worried about. Not surprisingly, economic risks and societal unrest are essentially the areas that come out near the top when you look at the next 18 months. But there's also clarity that if we don't take into account issues such as climate change, if we don't take into account things like cybersecurity, then that is also going to complicate further the risk picture. So I think we're seeing a multiple-time-horizons coming out in this set of risks that these chief risk officers have identified.

As leaders around the world start to reboot the global economy, where should investment be going?

What's really emerged out of this is obviously we cannot afford to ignore the climate crisis in the same way that there had been calls for focusing more on health systems, looking at pandemics in the same way. This is such an evident area where we need to invest. So whether that is green energy, greener mobility systems, whether that is starting to shift away from browner parts of the economy to greener parts of the economy, all of that is clear.

But I think the second aspect that's emerged in terms of where we need to invest, if you look at what was seen as essential work in this current economy, it was teaching because we realized how essential it was even if people weren't able to go to school and learning centers. It was healthcare workers. It was people who are working in grocery stores. It was people who were doing logistics and deliveries. And so we have to start revaluing those parts of the economy and essentially invest a lot more in education, health care, elder care, child care. Those are also huge job-creating sectors. So I think we're seeing two of those areas emerge.

You talked about business leaders maybe resetting and rethinking the way we do things. So in terms of the digital economy in particular, do you think that's an area where governments and the private sector could perhaps work more closely?

I think we're going to see that kind of collaboration across all of those areas, provided we manage these risks well. If we don't, then we are essentially looking at a world in which some of the concerns of these business leaders may come true, which include a prolonged recession.

Overnight it was announced that Joe Rogan's (in)famous podcast The Joe Rogan Experience would move to Spotify, and be exclusive to the Swedish streaming platform by the end of the year.

If you want to listen to CGTN Europe's podcast selection, our current affairs show The Agenda Podcast with Stephen Cole and RAZOR, where we look at the most cutting edge issues in the world of science and technology, are available wherever you get your podcasts. Just search for CGTN Europe. 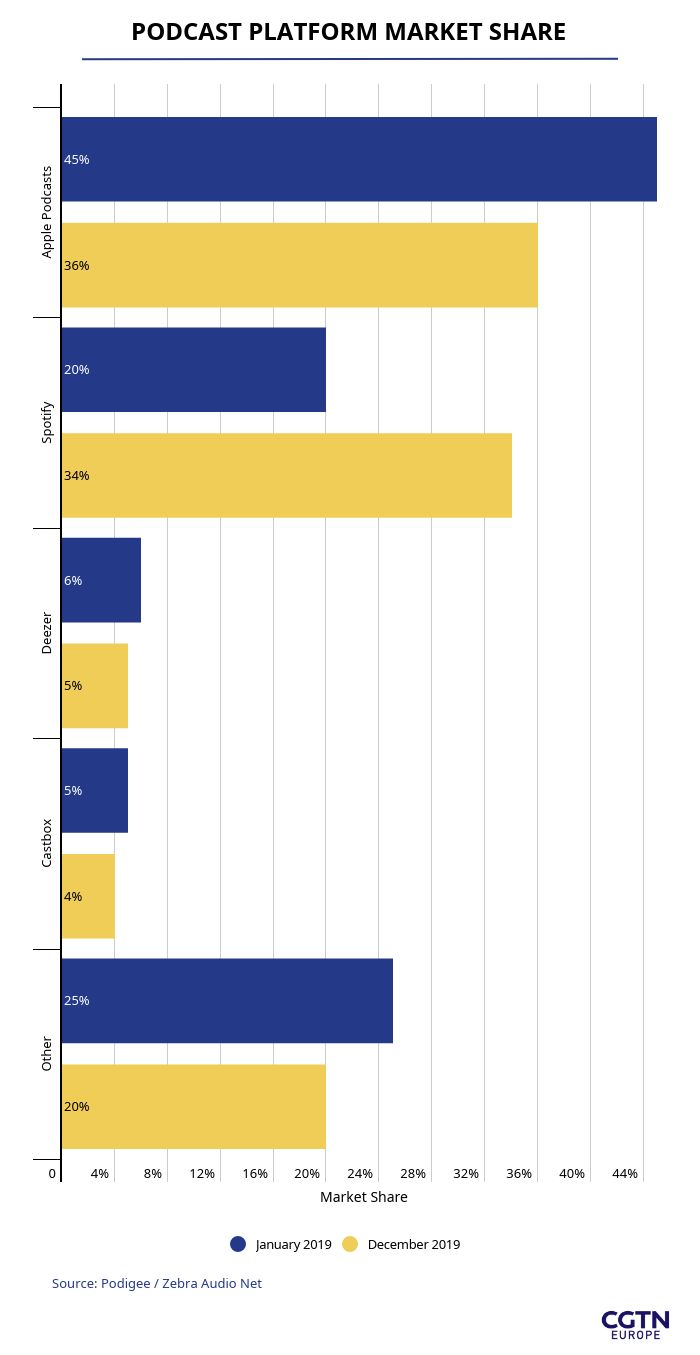