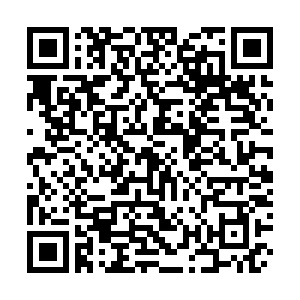 The lira hit a record low of 7.49 to the dollar earlier this month. /VCG

The lira hit a record low of 7.49 to the dollar earlier this month. /VCG

Qatar has thrown a lifeline to the COVID-19-hit Turkish economy by agreeing to increase its currency swap facility.

The $10 billion deal, which expands an existing agreement made at the height of Turkey's last currency crisis in 2018, triples the amount of lira Turkey can swap for Qatari riyal, which is fixed to the US dollar to provide stability.

As well as bolstering the Republic's dwindling foreign reserves, the effect will be to steady the lira, which hit a record low of 7.49 to the dollar earlier this month.

Turkey has been seeking new swap facilities with other G20 nations on the money markets as fears grow of a wider currency-based debt default.

However, fears over the independence of central bank policy, as well as diplomatic concerns over Turkey's growing defense ties with Russia and its campaign in Syria, have so far meant support from Washington and Brussels has not been forthcoming.

Turkey's ruling Adalet ve Kalkinma (Justice and Development) Party has pursued a policy of growth, through credit-based infrastructure development, since coming to power in 2002. Companies have struggled to meet their dollar-denominated debt obligations as the value of the lira has fallen.

Net foreign exchange reserves are estimated to have dropped by more than 60 percent so far this year, to around $26 billion, as state banks have intervened to prop up the currency.

The global coronavirus pandemic has worsened an already fragile situation in Turkey, which relies heavily on foreign exchange inflows from manufacturing exports and its tourism sector.

Qatar has offered diplomatic as well as financial support to Turkey, which it sees as an ally in its ongoing dispute with Gulf rival Saudi Arabia.

Around 5,000 Turkish troops have been stationed in Qatar since the Saudi-led blockade of 2017, a regional commitment that Turkey's president Recep Tayyip Erdogan, has called "a symbol of brotherhood."