How are Europe's metros coping as lockdowns ease?
Giulia Carbonaro 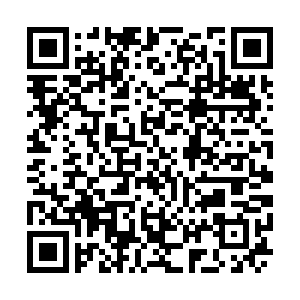 Before the pandemic broke out, European commuters used to make a total of around 15.2 billion trips on metro systems every year, 60 percent of which were in just 10 cities – metropolises including London, Paris, Berlin, Madrid, Moscow.

For the vast majority of people across Europe, the coronavirus has temporarily halted travel on metros, which have been reserved for key workers and people making journeys considered essential. But now many European nations are introducing the second phases of their lockdown-easing measures, national authorities are looking at how to safely reopen metro systems. 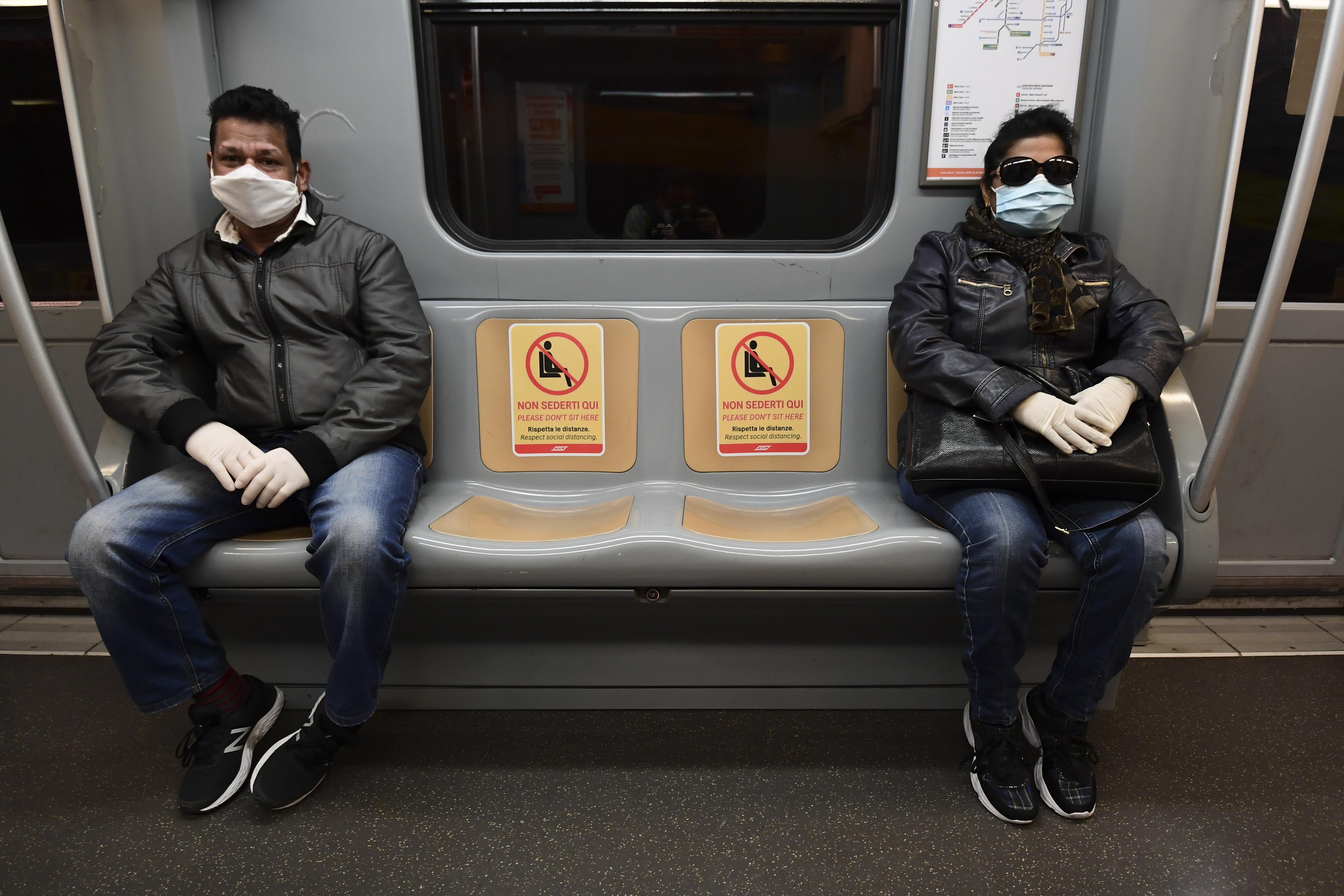 Commuters maintaining a safe distance on a metro line in Milan. /Miguel Medina/AFP

Commuters maintaining a safe distance on a metro line in Milan. /Miguel Medina/AFP

Public transport is traditionally perceived as a fertile breeding ground for all kind of viruses – especially respiratory diseases – as trains are normally poorly ventilated and passengers sit and stand in close proximity to each other.

In a 2005 survey conducted in European regions and Asia about the 2003 SARS outbreak, people perceived public transport as the riskiest place to be. Overall, 75 percent of the people surveyed said they would have avoided public transport to avoid the threat of infection.

The public transport sector has suffered greatly from the pandemic and will likely struggle to get back to normal. As the curve flattens but the fear of infection lingers, passengers will try to avoid touching handrails or poles – and commuters wearing masks or rubber gloves will become the norm.

Metro systems across Europe have to face drastically reduced ridership and declining revenues, which might threaten the quality of a service that was already under pressure before the pandemic.

But public transportation is an important service that, as countries reopen, cannot be held back any longer. There are millions of people in Europe who rely on public transport to go to work, go shopping and to visit family and friends. Different countries are looking at different solutions to get their metro system back up and running. 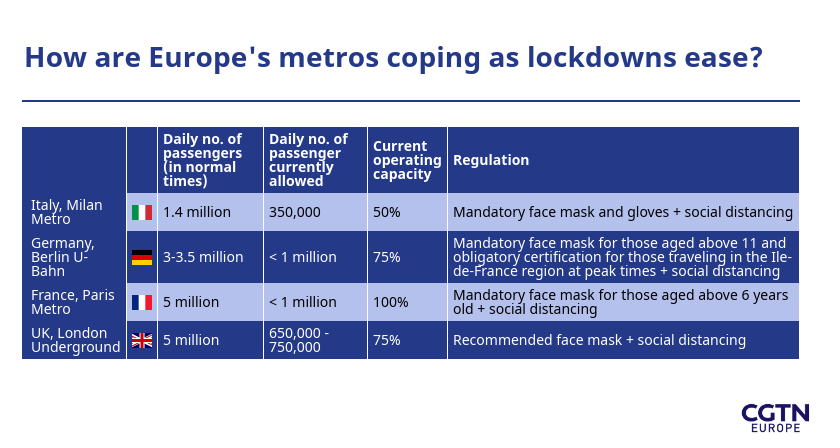 On Monday 18 May, Milan started reopened its metro system at 25 percent capacity, with passengers all having to wear face masks and gloves on board.

In 36 stations, a system is in place to automatically count passengers as they pass ticket barriers – an additional service beside the checks by personnel on site – that will notify staff if the maximum capacity of the train has been reached.

In this first phase, or reopening, the city will also deploy police officers in the most frequented metro stations to enforce social distancing among passengers. Red signs show people where they should stand on the platform to keep a safe distance from others; in carriages, passengers should keep a one-meter distance.

An average of 1.4 million commuters used to travel on Milan's metro system daily before the pandemic: with the new restriction, this number will go down to just 350,000 passengers.

By 1 June, 20 more stations will be reopened to reach a total of 40. Every night, more than 100 people will work on the Milan metro system to disinfect 1,600 vehicles between trains and buses and 113 metro stations.

A passenger on a Milan's subway train stands on a red spot that says 'Stand here,' aimed at maintaining distance between commuters. /Miguel Medina/AFP

A passenger on a Milan's subway train stands on a red spot that says 'Stand here,' aimed at maintaining distance between commuters. /Miguel Medina/AFP

Five million passengers used to ride the metro every day in France's capital, for a total of more than 10 million journeys taken in a day.

In phase two of its lockdown easing, France is gradually resuming metro services but is still encouraging Parisians to limit their trips to what is strictly necessary and if possible to choose alternatives such as bicycles or private taxis. About 1.5 million to 2 million journeys are currently being taken daily, so at maximum only a fifth of the number of journeys that was the norm before the pandemic.

Some stations remain closed and the Paris Metro service is running at 75 percent capacity. French authorities are still aiming to get the timetable back up to 100 percent capacity by the end of May or, at the latest, 2 June.

The number of passengers allowed on the metro has been drastically reduced: no more than 180 passengers are accepted on the trains, for a total of 32 passengers per carriage. In normal times, the average number of total passengers was around 700 people.

Wearing a face mask is compulsory for those over 11 years of age on all public transport across France, and those who fail to follow this measure could receive a fine up to $145.

In the Ile-de-France region, travelers must carry with them a certificate from their employer that authorizes them to be using public transport at rush hour. 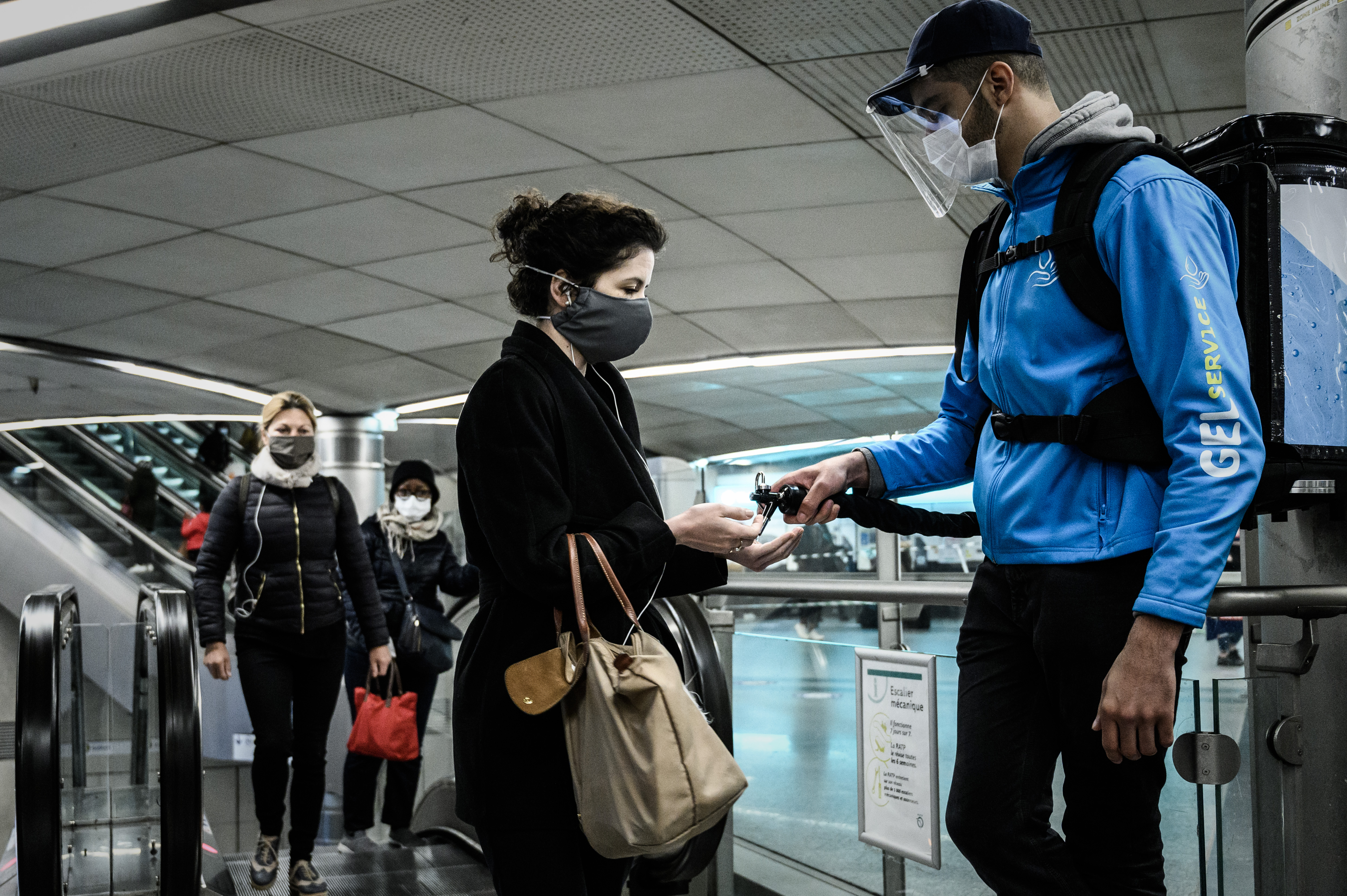 An employee of the RATP (Autonomous Parisian Transportation Administration) distributes hand sanitizer to commuters walking out of a metro station in Paris. /Philippe Lopez/AFP

An employee of the RATP (Autonomous Parisian Transportation Administration) distributes hand sanitizer to commuters walking out of a metro station in Paris. /Philippe Lopez/AFP

Before the pandemic, around 3 million journeys were taken across Berlin's metro system (including subways, trams and buses but excluding the overground – S-Bahn and regional trains) every day.

Germany has been one of the first countries to reopen services after weeks of lockdown, but despite the Berlin metro system running at 100 percent capacity, the number of passengers remains low – around 35 to 40 percent of regular demand.

Passengers are asked to keep a 1.5-meter distance and encouraged to make use of the entire length of the vehicles, together with avoiding journeys during rush hour whenever possible.

The use of face masks or any mouth-and-nose covering (including cloth-masks or scarves) is mandatory except for children under the age of six. 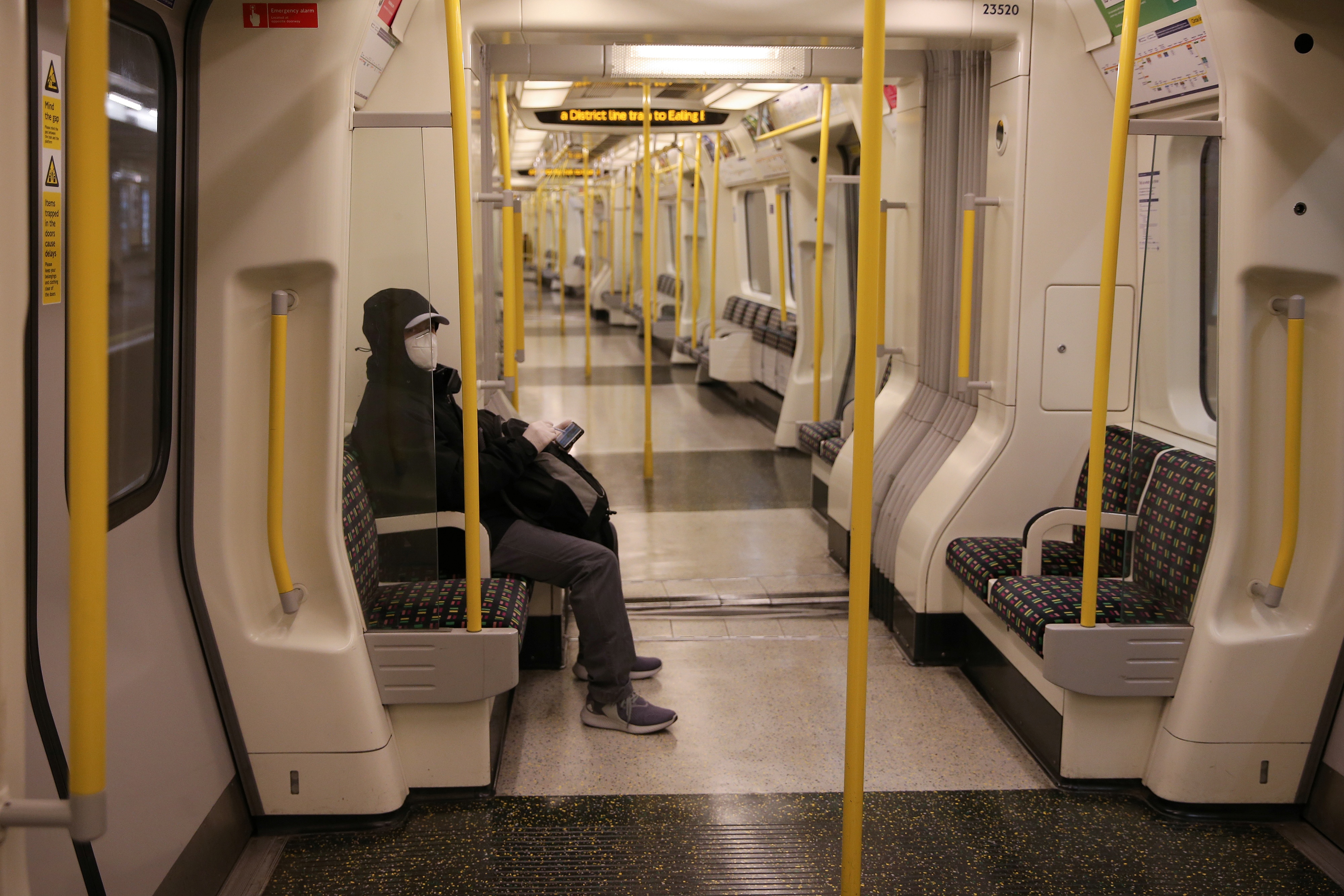 Transport for London (TfL) has been hit badly by the pandemic, with a significant reduction in workforce, with staff falling ill or self-isolating. But it has kept operating 60 percent of its Tube services during the worst of the crisis and is now operating 75 percent of services.

Although people in the UK are still urged to avoid using public transport as much as possible unless they are key workers, as of 18 May the London Underground is stepping up service levels. Unlike other metro systems in Europe, face coverings are not mandatory, merely recommended. Passengers are asked to keep a distance of two meters from their fellow travelers, and ideally people should avoid busiest times and locations.

But even when 100 percent of services will be reinstated, according to TfL the London underground will only be able to carry around 13 to 15 percent of the normal number of passengers, reducing normal travel levels by 85 percent.

The financial impact of reducing Tube services to levels unseen in 100 years has been disastrous for TfL, which revenues – mostly based on fares – falling by 90 percent, forcing the company to "furlough" 7,000 members of staff. The UK government has offered London's transport system a bailout of £1.6 billion ($1.9 billion) to help the struggling company.