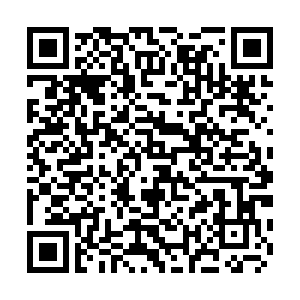 • Spain's daily death toll from coronavirus is 87 said the health ministry, the first time it has dropped below 100 in two months.

• The UK's daily death toll, not including Northern Ireland due to technical problems, is 170. It is the lowest since the day after the lockdown began.

•  The UK is investing up to $113 million in a new coronavirus vaccine centre, due to open in the summer of 2021, that will ensure the large scale distribution of a vaccine once it is available.

• Italian Prime Minister Giuseppe Conte said that the country was taking a "calculated risk" by rolling back lockdown measures this coming week. Most businesses will be restarting and people's movement restrictions lifted.

• The Russian government has said it will allow foreign athletes competing in its domestic sports leagues to enter the country with the borders having been closed since March. Russia has 281,752 cases of coronavirus with the total death toll at 2,631.

• Emirates Group plans to cut about 30,000 jobs to reduce costs which will mean shedding around 30 percent of its workforce, states Bloomberg.

• Thousands of Greeks returned to church on Sunday for the first time since a lockdown was imposed in mid-March. Chairs have been put in churches to ensure people are two meters apart.

• A team of six dogs, made up of labradors and cocker spaniels, will be given the task of trying to sniff out COVID-19 in new tests by British researchers. Bio-detection dogs are already known to be able to detect specific cancers.

• In Czechia the government could buy up to 100 percent of the Smartwings airline operator, which owns Czech Airlines, or offer the carrier a state-guaranteed loans, said Industry Minister Karel Havlicek 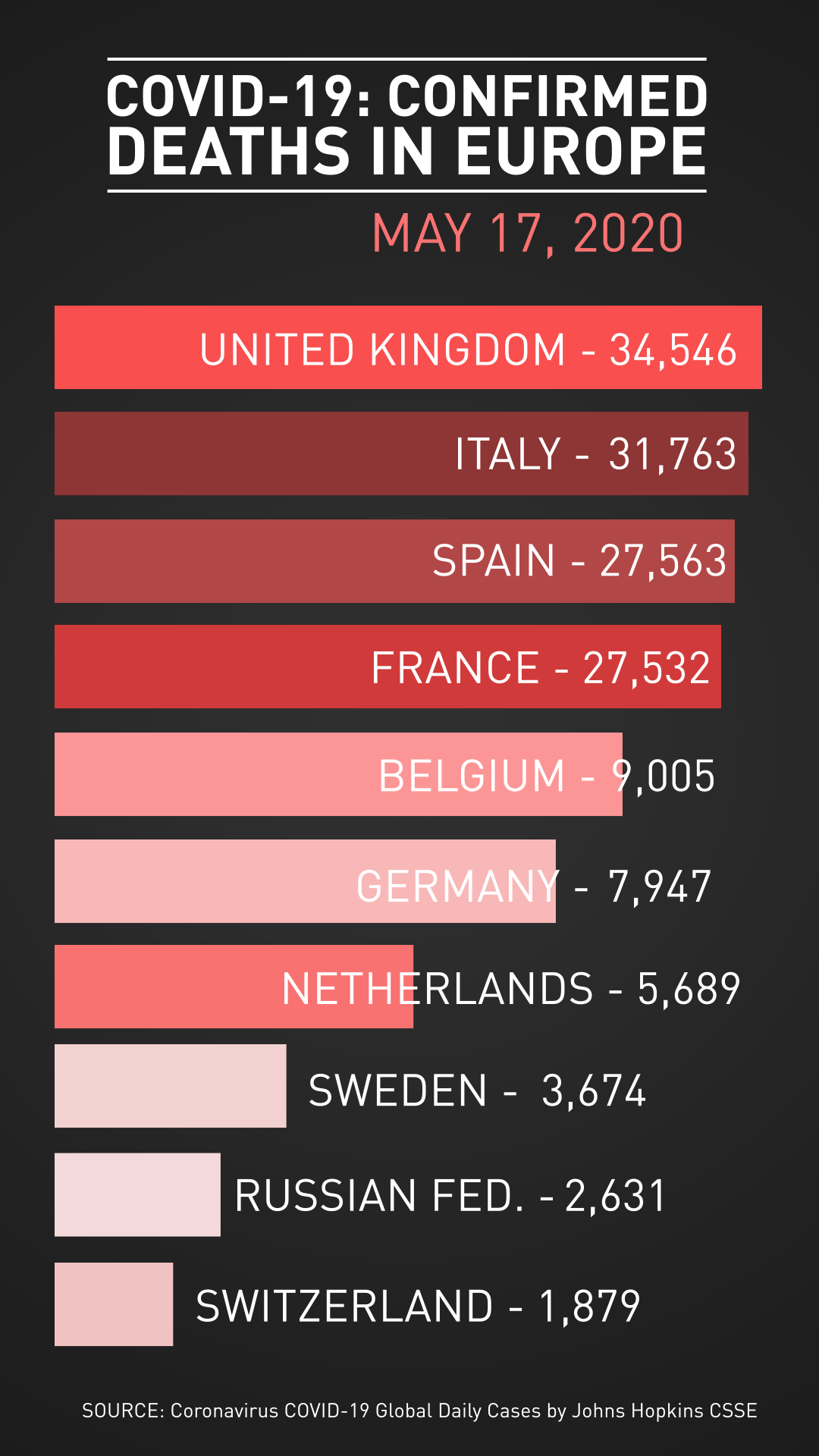 Tensions are said to be increasing in Whitehall as the UK enters a crucial month for the government. Challenges include stimulating the economy without triggering a second peak, establishing effective track-and-trace programs, and restarting the education system.

The prime minister is facing a growing revolt from the England regions over his plans to lift the lockdown. Local mayors and authorities say Westminster is acting without taking their advice.

Three councils, Liverpool, Gateshead and Hartlepool (all in the north of the country) have said they will ignore the government plan to open schools at the start of June.

UK scientists say blood-thinning drugs could become significant in the treatment of COVID-19 and help save lives. There are reports that NHS England is set to issue hospitals with new guidance on blood thinning and blood clots caused by the virus.

The British government is to bring forward construction of a new vaccine manufacturing centre scheduled to open in 2021 in time to supply and distribute a new vaccine for the UK population if or when an effective one is developed. 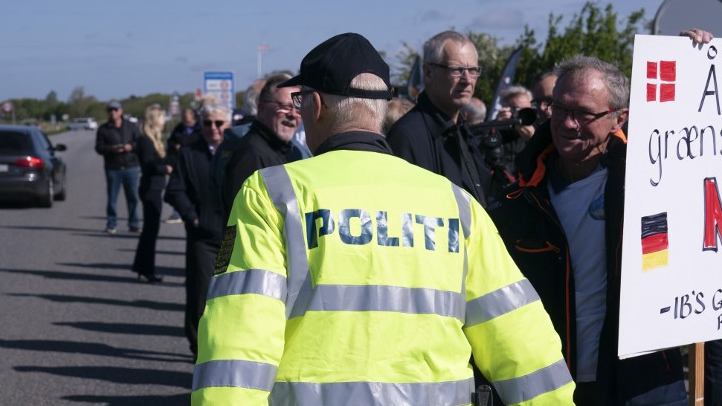 A policeman walks past protesters standing on a street connecting Denmark and Germany during a demonstration calling for a border crossing to reopen. /AFP

A policeman walks past protesters standing on a street connecting Denmark and Germany during a demonstration calling for a border crossing to reopen. /AFP

Protests have taken place in Spain over the lockdown restrictions as Prime Minister Pedro Sanchez extended the state of emergency for a final time until late June.

Crowds gathered around the country with the largest demonstration in the capital Madrid with several hundred people banging pots and pans as they called for the government to resign.

"They need to test everybody so healthy people can get back to work and we can restart the economy," a demonstrator in Salamanca told Reuters.

Spain imposed a state of emergency on 14 March and officials are now saying that while the outbreak has been largely brought under control, some restrictions must stay in place for a short time longer. It comes as the country's death toll rose by 87, in the past 24 hours, the lowest increase for two months. 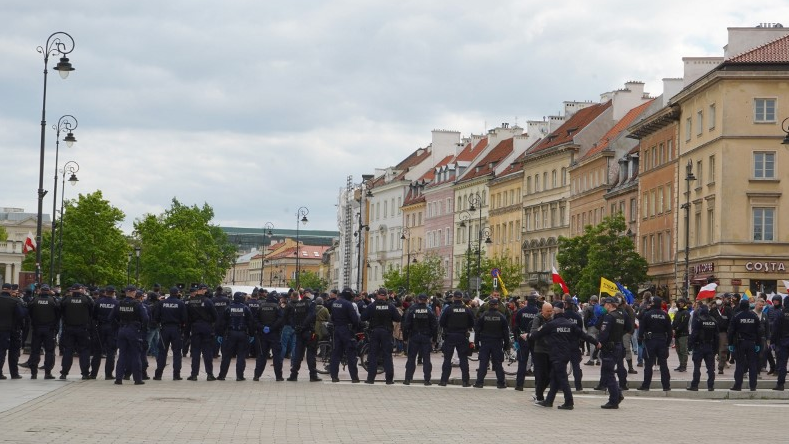 Police block the street during a protest rally by Polish entrepreneurs demonstrating in central Warsaw on Saturday calling for more government aid. /AFP

Police block the street during a protest rally by Polish entrepreneurs demonstrating in central Warsaw on Saturday calling for more government aid. /AFP

The Polish government has been gradually easing its restrictions in recent weeks with restaurants allowed to reopen on Monday.

"Unfortunately we are dealing with cases of aggression towards police. Due to the attacks on civil servants, we used methods of direct confrontation such as physical force and (tear) gas," the Warsaw police said in a tweet.

Poland has confirmed 18,257 cases of coronavirus and 915 deaths.

CGTN America: Obama on Trump's virus response: 'They aren't even pretending to be in charge'

CGTN Africa: Angola to produce less than 2 million carats of diamonds in 2020 due to COVID-19