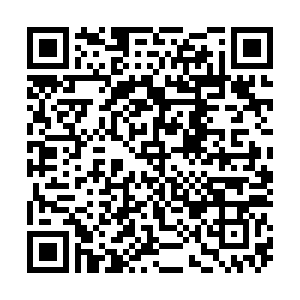 "If today's data are the result of two weeks of lockdown, three more weeks of lockdown and a very gradual lifting of some measures do not bode well for the second quarter," ING's chief economist for the eurozone, Carsten Brzeski, said as the German economy slumped in the first quarter at its steepest rate since 2009, with more bad news expected in mid-year.

The 2.2 percent drop in quarter-on-quarter output was the widest since the height of the Global Financial Crisis ten years ago, and the second biggest since the country reunified in 1990, according to figures from the federal statistics office.

However, Europe's largest economy is weathering the fallout of the pandemic better than other EU states, where the situation is far worse.

The European Union's statistics office, Eurostat, in a flash estimate said the eurozone's gross domestic product (GDP) contracted 3.8 percent quarter-on-quarter for a 3.2 percent year-on-year fall. Its deepest contraction on record in the first three months of the year against the previous quarter. The data are in line with market expectations.

The grim figures from Europe came on top of tensions between the United States and China as U.S. President Donald Trump threatened to cut ties with Beijing over the coronavirus crisis. China's foreign ministry said that steady relations between the two nations serve the interests of both countries.

Another major Asian economy, India, which is also in the grip of the virus and in the process of relaxing a draconian lockdown, has decided to spend $20 billion to help the farming and fisheries sector. Prime Minister Narendra Modi's government will offer credit for the construction of warehouses and cold storage facilities, support overseas sales and amend laws to assist farmers to sell their produce without any curbs.

Do scroll down the page to read our interview with David Henig, director, UK Trade Policy Project at the European Centre for International Political Economy (ECIPE) on the future of UK-EU relations and trade talks with the U.S..

And our graphic today is on employment growth in the euro area and EU in the 2019-20 period.

The UK and the European Union failed to make any substantial progress during talks to decide on new trade ties, with both sides disagreeing on a host of issues, according to EU officials. The chances of no deal cannot be ruled out if an agreement is not reached by the end of this year. Britain will be part of EU arrangements during the interim period.

The Baltic states of Lithuania, Estonia and Latvia reopened each other's border crossings to create a "travel bubble." People will be allowed to travel between the three EU nations while anybody arriving from outside will have to self-isolate for two weeks. It's the first 'travel bubble' in Europe. The EU has not been averse to the practice of some countries opening borders since concerns have been raised over the economic impact of the lockdowns.

The number of companies or countries at risk of having their credit ratings cut to "junk" from "investment grade" has been pushed to a record high of 111. S&P Global analysis shows that the list of so-called "fallen angels" has already touched 24 this year, impacting more than $300 billion in debt. Another 111 of such potential cases with an additional $444 billion of bonds would make the total figure skyrocket further.

Taiwan Semiconductor Manufacturing Company (TSMC) has announced plans to build a $12 billion factory in the U.S.. The plant will be located in Arizona and is seen as an apparent attempt by the Trump administration to diversify the country's supply chain. The project is expected to create more than 1,600 jobs. TSMC is a major supplier to U.S. tech giants such as Apple and Qualcomm.

Belgium has told Lufthansa that it could only pour money into the German airline's subsidiary, Brussels Airlines, provided certain conditions are met. Prime Minister Sophie Wilmes and key ministers said they wanted to see a realistic and future-oriented business plan that saw the Belgian carrier establish a profitable operation and increase jobs. A statement said progress had been made despite "difficult" conversations.

Toyota said it would cut production in Japan by 122,000 units in June due to a lack of demand for new cars. The COVID-19 outbreak has forced the auto maker to keep its plants running on limited operations. The company said the reduced output represented a 40 percent cut from plans for June made earlier in the year.

Ethiopian Airlines is expecting to reach a settlement with Boeing over the crash of a 737 Max passenger jet in March last year, by the end of June. The airline's CEO Tewolde Gebremariam said: "We have invited Boeing to discuss compensation. It's compensation for the grounded MAX... there is also compensation for delayed delivery of the MAX that was supposed to come and loss of revenue."

Official statistics released by the UK's Insolvency Service showed that in April 2020 there were a total of 1,196 company insolvencies in England and Wales, consisting of 933 creditors' voluntary liquidations (CVLs), 97 compulsory liquidations, 144 administrations, 21 company voluntary arrangements (CVAs) and one receivership. Overall, this was a decrease of 17 percent when compared with the same month last year.

Costume designer Elisa Zampireri is making face masks for hundreds of fashion-conscious clients. She uses various fabrics and colors to help people match their masks with their outfits and feel less self-conscious wearing them in public. 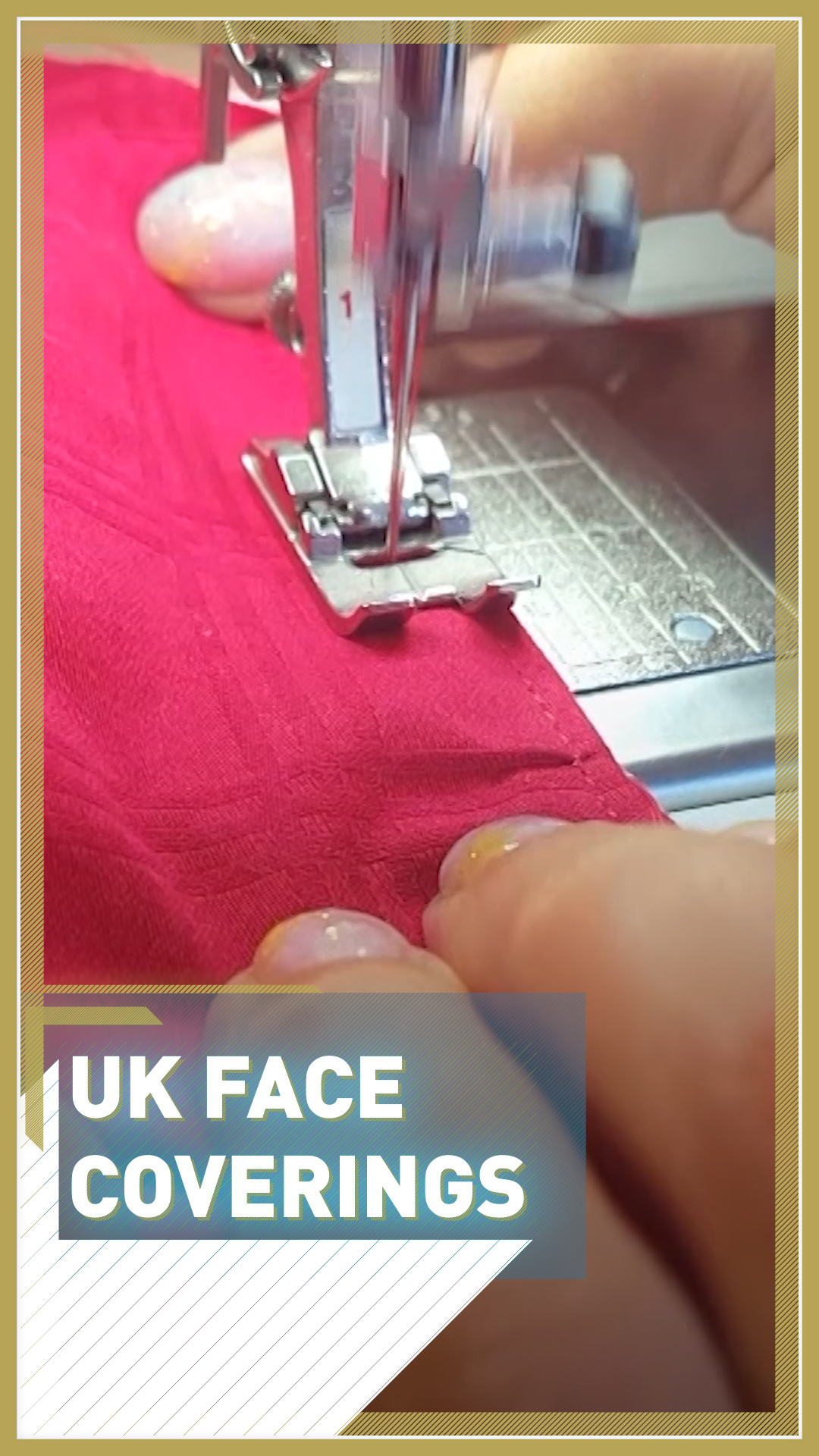 David Henig, director, UK trade policy project at the European Centre for International Political Economy (ECIPE) weighs in on the future of UK-EU relations and trade talks with the U.S..

What is the latest status of the UK-EU talks?

We have had another round of UK-EU talks. We weren't expecting anything positive to come out of it and that's exactly what we are hearing now. Both sides are really building on their existing positions of saying that the other side is being unreasonable. The UK is saying that Brussels is making demands that they can never accept, while the EU claims that Britain is seeking special treatment. So, it all looks like we will head into June with this hanging over us with both sides clueless on what to do about the deadlock.

Is there a possibility they can work out a compromise?

The good news is that we have seen this happen before with other trade negotiations. It's actually pretty common for the two sides to appear to have huge differences at the start and then to find ways through. We know there are compromises that can be worked out. The real problems are the emotions that surround this issue and the time scale. We are talking about trying to achieve a deal in a time scale that has never been done before in any free-trade agreement. So, we are trying to make record time for a very complex agreement against a really emotive backdrop. That's tricky.

The UK has begun separate trade negotiations with the U.S. and the EU. How big a challenge is that?

For the UK, it's a big challenge to coordinate the positions. Even in the publication of the mandates, there appears to be some things that we were prepared to do for the U.S. which we were not willing to do for the European Union. For instance, these level-playing-field conditions that both the U.S. and EU insist on their trade agreements. We are happy to do that for Washington, by the sounds of things but not so much for the bloc. It's a big task as well for UK negotiators who are pretty much new to this. They have never negotiated a trade deal before.

Below is an infographic that shows employment growth in the euro area and the European Union in the 2019-20 period. 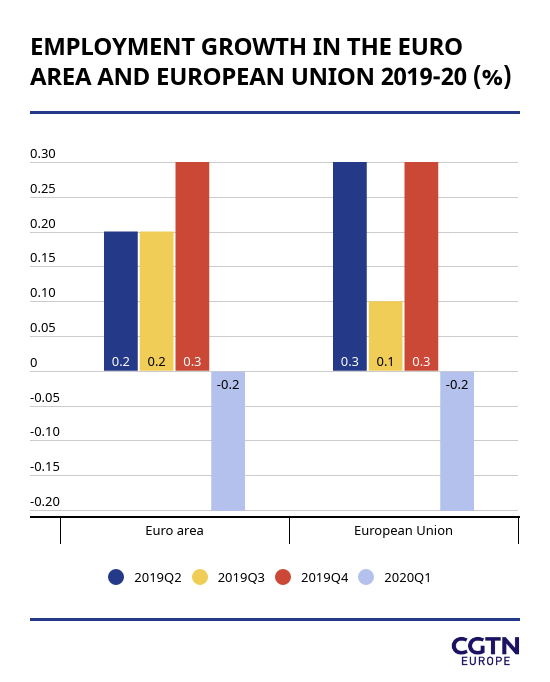