Online funerals: A new way of mourning in times of COVID-19
Jemima Walker in London 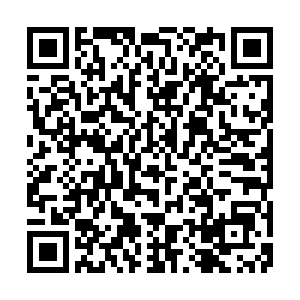 The COVID-19 pandemic is dictating how people conduct their lives in many ways – including how they grieve for those who have died. Across many European countries, funerals have been significantly restricted to minimize the spread of the virus, often preventing the family from participating in the ceremony and saying goodbye to loved ones. 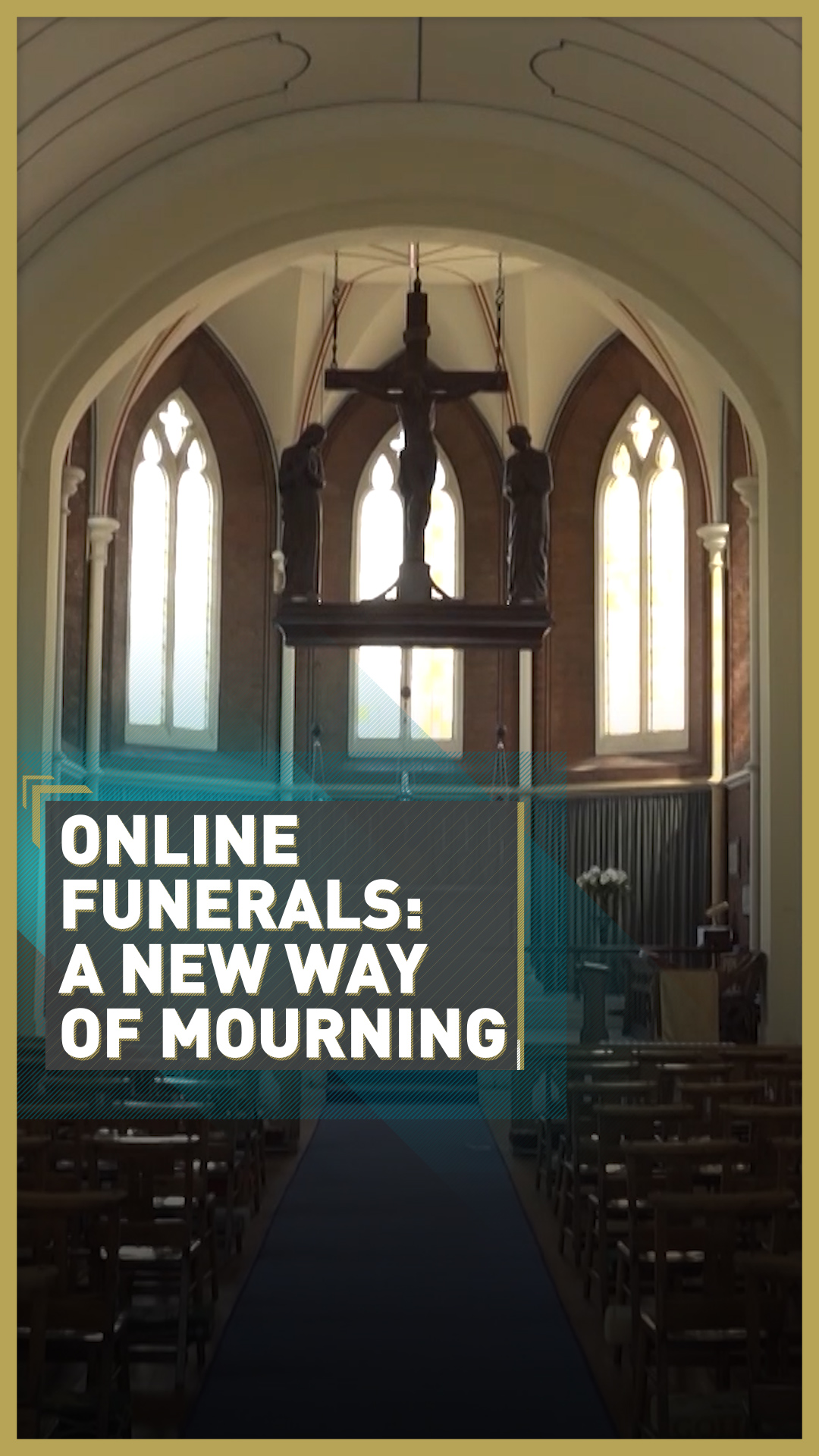 Italy and Spain had completely banned funerals during lockdown and are only now relaxing restrictions during phase two of their easing measures, with a limited number of people allowed to attend the ceremonies.

In the UK, funerals can only take place at the graveside or crematorium, not inside a place of worship such as a church, mosque or synagogue. Attendees must be kept to a minimum, including members of the person's household as well as close family members. If those people can't attend, close friends can go in their place.

These new measures can leave families with difficult choices to make. David Ackerman, a vicar at St John's Kensal Green, a church in London, has suggested families could hold memorial services in the future, when larger gatherings are allowed.

"It makes a huge difference when you say 'Who can be there? Because afterwards we'll come here for a big service with all your friends and give thanks properly,'" he says. "So, they've had to decide – who should we actually tell? Who are those closest to us? And at every funeral, I've said the only words that have made sense to me for weeks, were when the Queen said: 'Better days will return, we will be with friends again, we will be with family again, we will meet again.'" 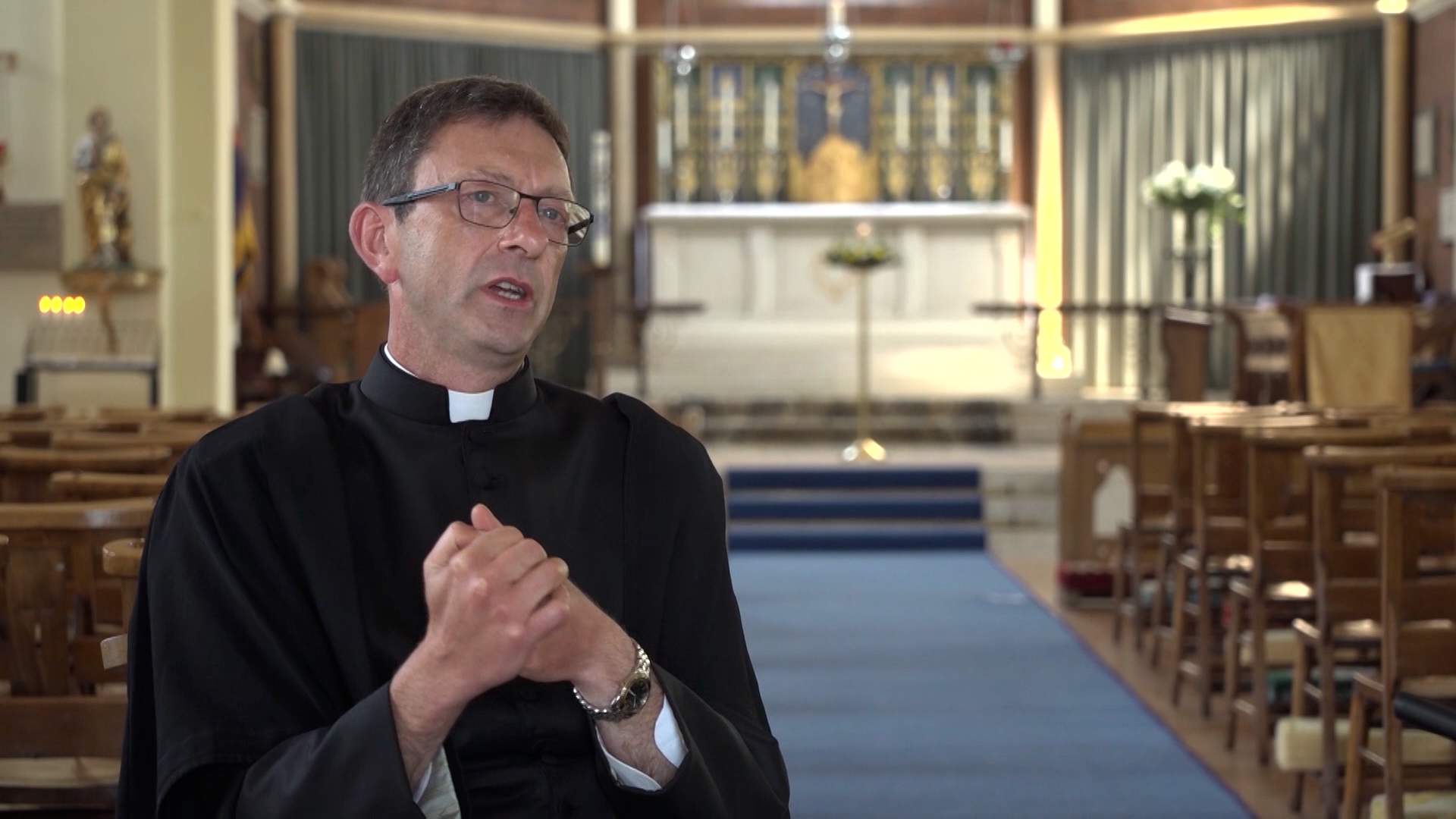 With these restrictions in place, many who choose not to wait have found alternative ways to gather family and friends – including increasing numbers of people holding online funerals on platforms such as Zoom.

David Gersch and Matthew Clowes are funeral directors on the Spanish Island of Ibiza, they run a business called Flower Power Funerals.

When Gersch's own grandmother died recently, they held her funeral on Zoom. Gersch says it allowed people from across the world to be part of the ceremony.

"Everybody had an opportunity to speak, nobody felt they were afraid of getting up in front of people," he says. "It was all very casual and removed a lot of formality because everyone was just on their sofas or their offices. But even though you feel the love on Zoom we didn't feel the love in the room – there was no opportunity to be with one another or hug one another." 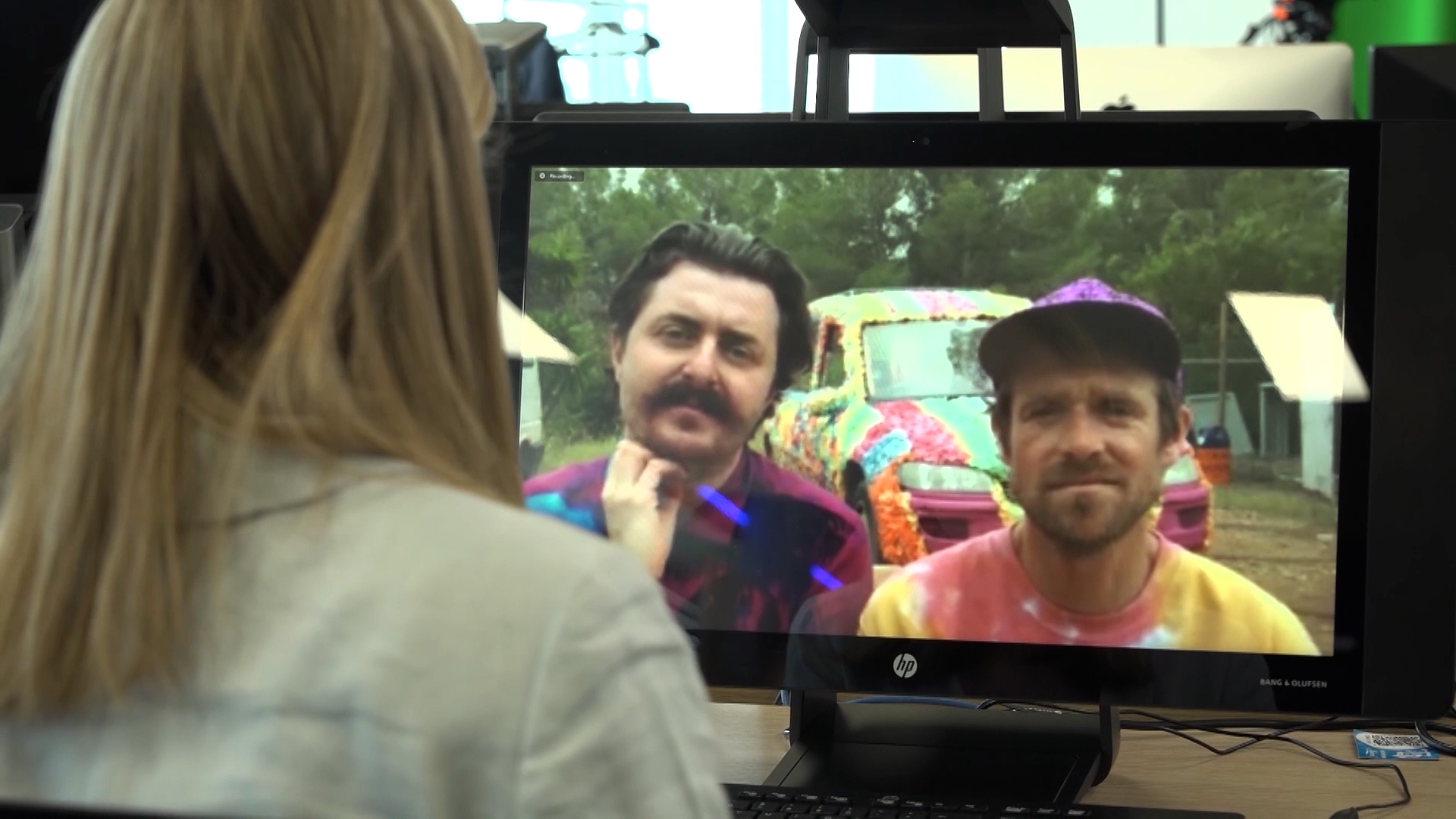 "Funerals are moving into the digital age," say Gersch and Clowes. /CGTN

"Funerals are moving into the digital age," say Gersch and Clowes. /CGTN

Clowes says he sees online funerals continuing after the pandemic is over, because it could help struggling families cut down costs and allow more people to be there. "Funerals are moving into a digital age now. I do see that there is a viable business in doing online funerals," he says.

However, psychologists say not being able to hold a funeral in real life and grieve with your family in person afterwards can impact the long-term grieving process.

"We're going to have to get smart about what we do," explains psychotherapist Corinne Sweet. "So we may have to have memorials later when we can. You can grieve at home by looking at photographs, photograph albums, looking at your Facebook memories. Allow yourself to cry and rage. You can deal with your feelings, but it's going to prolong the grief process and it will make the grief process harder because you're doing it largely alone."

In the UK, some politicians are calling on the government to re-allow funerals to take place inside places of worship. But there are safety concerns, and fears it would put too much pressure on religious leaders to police numbers. It's likely that funerals and places of worship will be restricted for the foreseeable future.