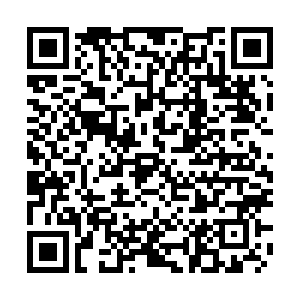 The system that has been around in Germany for more than 60 years, helps protects German industries such as manufacturing. /AFP

The system that has been around in Germany for more than 60 years, helps protects German industries such as manufacturing. /AFP

Like many German businesses, the Braugier craft brewery in Berlin has been hit hard by the COVID-19 crisis.

"It's been devastating. It's not like this is a short-term hit," said Brian Trauth, the brewery's founder and owner.

Braugier's own brewpub closed and the restaurants it sells beer to have shut down, so its business has been limited to selling takeaway bottles. Paying its five employees their usual salaries has become impossible.

"Needless to say, we don't really have many hours to go around. There's no real sales to speak of," Trauth said.

But, they're able to keep staff on board because of a system in Germany called Kurzarbeit – which translates to "short-time work." In times of financial crisis, the government can step in to pay more than half of employees' salaries, while they work fewer hours, or none at all, to prevent layoffs.

The system has been around in Germany for more than 60 years and is often credited with helping the country recover quickly from the 2008 Global Financial Crisis. It's designed to support companies for up to a year as needed

One of its main goals is to protect important German industries such as manufacturing.

"The whole sort of German business model of the overall economy is based on this assumption that you have a lot of highly trained and highly specially trained people who commit themselves to a particular company and expect to stay there for a very long time," said Anke Hassel, professor of public policy at Berlin's Hertie School of Governance.

Lately, the plan has attracted growing attention globally as a way to limit damage from the coronavirus crisis.

In April, German employers said they're using the system for up to 7.5 million people, more than 10 times as many as during the 2008 crisis.

The EU recently said it's looking into establishing a plan for all of Europe and countries including the UK and Sweden have adopted their own versions of Kurzarbeit.

Still, despite the government assistance, it will be tough for many in the restaurant and bar businesses to cover basic costs such as rent.

"Maybe in some manufacturing businesses, you can say 'hey we'll work double shifts in order to produce more and sell all of the goods that weren't produced in that time,'" Trauth said. "But we can't catch up."

Most restaurants and beer gardens will be allowed to reopen in Germany in May. Like many businesses in this country, they will at least largely have the same staff as a result of the short-time work system.

But with GDP in Germany expected to shrink by 6.3 percent this year, there will be major challenges across almost all sectors of Europe's largest economy.