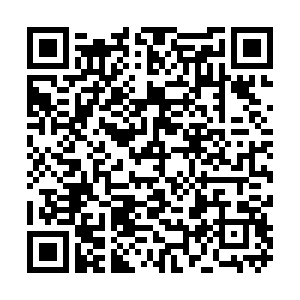 That was Fritz Joussen, the CEO of Europe's largest travel group, TUI, which is battling what it has said is "unquestionably the greatest crisis the industry and TUI has ever faced."

Although the company has had to slash costs and jobs to stay afloat as the COVID-19 pandemic damages the industry, TUI has also optimistically said it will be ready to resume European holidays in July, with social-distancing and cleaning measures in place. But it has admitted the industry will only be able to recover to its pre-coronavirus levels in three years' time.

Bad news is also coming out of the UK, as the finance minister, Rishi Sunak, told the BBC it is "very likely" the country is in a "significant recession." This comes as new figures show Britain's GDP has contracted by 2 percent from January to March 2020. Have a read of our interview below with Joshua Mahony, senior market analyst with the UK-based IG Group, for more on this.

Wherever you are in the world, you might be one of those keenly looking forward to Sony dropping its anticipated PlayStation 5 at the end of the year. Well, despite rumours, the company has said it will be sticking to its launch deadline, hoping its gaming business will help inch-up its profits after a damaging 57 percent drop in its fourth-quarter operating profit because of the lack of demand for its other products.

Finally, don't forget to check out our graphic at the end of the page, as we longingly look back at tourism figures in the EU this time last year, when a lot of us were enjoying – or looking forward to – our summer holidays.

The UK's economy has plunged into a "significant recession" as the country's GDP contracted by 2 percent during the first three months of the year. In March, as the coronavirus pandemic escalated and lockdown measures took effect, the economy shrank by a record 5.8 percent, with almost all sectors feeling the slump.

Europe's largest travel company, TUI, has said it plans to slash costs by 30 percent, resulting in 8,000 job losses as part of an effort to survive the crisis hitting the tourism industry. Nevertheless, hoping for a swift recovery, TUI also said bookings for summer 2021 were already up strongly and that demand for holidays was still high.

Japan's Sony Corp has reported a huge 57 percent drop in fourth-quarter operating profit and expects profits to drop at least 30 percent this financial year. The pandemic hit demand for the electronics and entertainment firm's products, but a bright spot for the company may come out of its gaming business as Sony reiterated it plans to launch its much-anticipated PlayStation 5 towards the end of the year.

U.S. e-commerce giant Amazon has said it plans to extend the closure of its French warehouses until 18 May. The company's six warehouses in the country were closed on 16 April after a French court ruled it could face fines if it did not restrict deliveries during the pandemic.

Aston Martin posted a large first-quarter loss, after sales dropped by nearly a third due to the global coronavirus crisis. However, the luxury car maker has said production of a crucial sport utility vehicle, its DBX SUV, which it hopes will be key to boost sales, was on track. The company has furloughed staff, introduced additional safety measures and cut the pay of its senior management as part of its measures to handle the crisis.

World trade in goods will slump at a rate not seen since the 2008 Global Financial Crisis, the United Nations Conference on Trade and Development (UNCTAD) has said. UNCTAD added that its estimates had become increasingly worse over the past weeks.

More than 300 lawmakers from around the world, led by former U.S. presidential candidate Senator Bernie Sanders and Representative Ilhan Omar, have urged the International Monetary Fund and World Bank to cancel the debt of the poorest countries in response to the pandemic, and to boost funding to avert a global economic meltdown.

The European Bank for Reconstruction and Development (EBRD) has slashed its economic outlook for the 37 countries in its region, forecasting a contraction of 3.5 percent in 2020 because of the pandemic's sharp hit to tourism, remittances and commodity prices.

Qatar Airways, one of the Middle East's biggest airlines, is in talks with Airbus and Boeing to defer aircraft orders for several years, its CEO has been quoted as saying. The airline said it has more than 200 Airbus and Boeing aircraft on order, but didn't say how many it would defer. The airline's CEO previously told Reuters it would reduce its fleet by a quarter.

As TUI prepares to resume European holidays in July, Budapest-based Wizz Air has already resumed flights, becoming the first airline on the continent to do so. 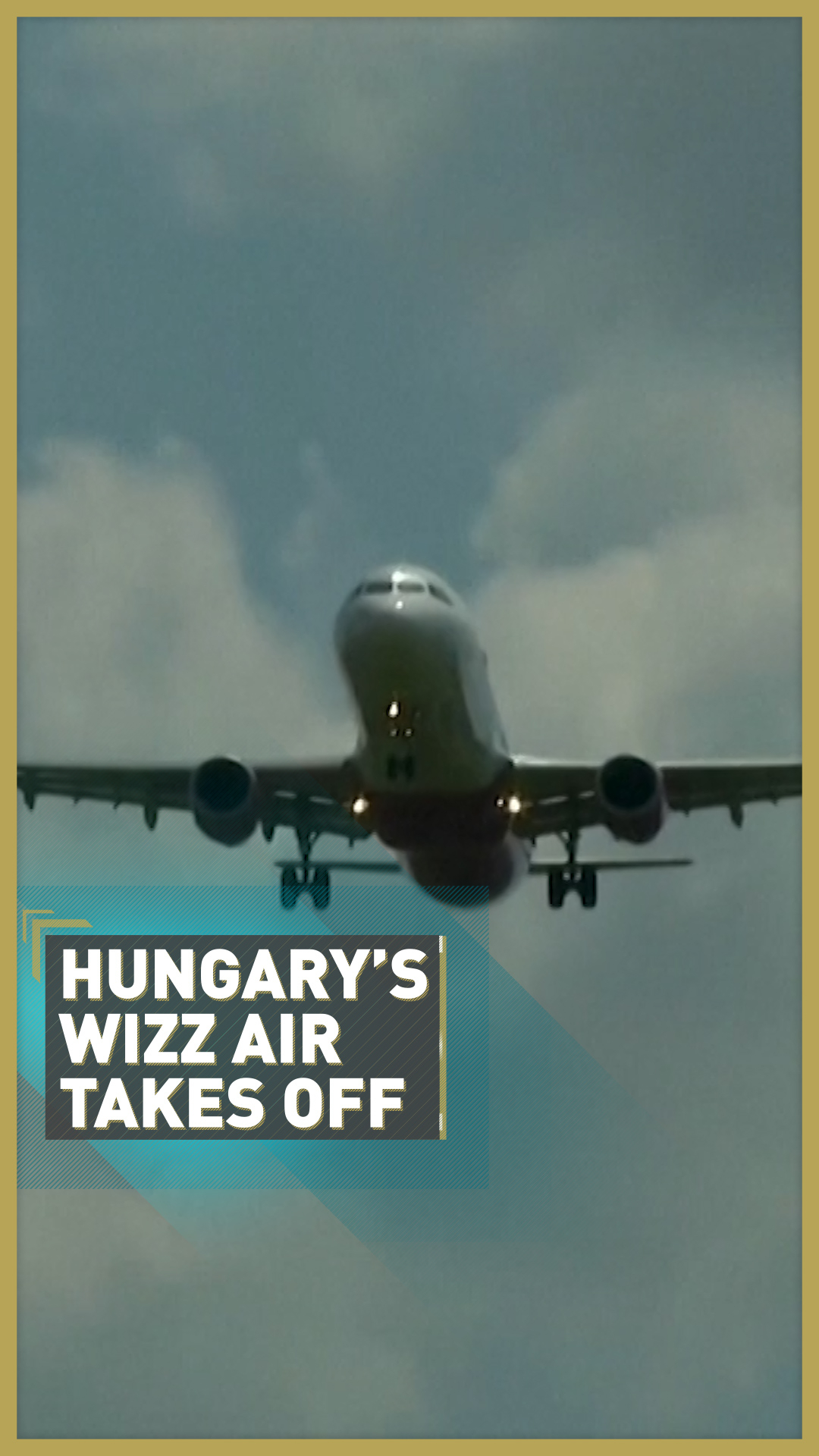 The first official data of the lockdown's economic impact in the UK are out and very sobering. Are they as bad as all the analysts were predicting?

I mean, arguably these are actually better than expected readings in terms of UK growth. But the big question is whether this is actually a true reflection of what's happening in terms of the world right now? Bear in mind, this is covering the first three months of the year, and so a reading of minus 2 percent isn't necessarily going to be that shocking. I think if you look at the second quarter, that's where we're really going to see it hit home, and certainly when we've seen the NIESR estimate for what the April reading is going to look like, of over 11 percent downside, that really does make much more sober reading.

Which sectors do you think are particularly vulnerable?

Well, you can't really look much further than the travel sector. It's been one of the hardest-hit recently and it just doesn't feel like this is actually going to be an issue that's resolved over the short term, because of the huge costs that companies like airlines and cruise companies are pretty much always going to have. It does mean that they have huge risks to keep themselves afloat without government funding.

And that's the critical question, the big debate in the UK, does government intervene to protect these sectors or should they be left open to market forces?

Yes, certainly, and everyone has their own outlook on that front. Personally, the way that I see it is I think that each country is going to probably bail out some of the most important companies that they have. And, therefore, if you're left in the one country that doesn't do so, you're going to lose a lot of business, you're going to lose a lot of employers and a lot of tax revenue once everything does actually resolve itself.

The UK government is looking at the exit of the much-vaunted furlough scheme. Is this just masking a wave of redundancies in the medium future?

They've essentially said that it's now going to roll into October and that, for me, highlights how long they think this crisis is going to last at least. And so, the fact of the matter is that for all the talk of saying they could start to ease back off or drop the furlough scheme, there aren't these alternative jobs that people can move into, quite frankly, and you're just looking at huge unemployment and people claiming benefits anyway. So you're going to have to pay them in one way or another. And, certainly for my mind, I think it makes sense to continue the scheme and hopefully position yourself well for when actually we do get some sort of vaccine or cure and can actually really leverage that and be able to drive upwards in terms of UK growth.

How does this drop in GDP compare with other recessions?

Like I said, Q1 hasn't necessarily been too bad, so I wouldn't necessarily say that it's huge by historical standards, but I think we're likely to be relatively shocked when it comes to Q2. The one caveat is, if you look at what's happened in terms of market price action around any of these really poor numbers, be it the UK or the U.S. or the eurozone or China, the market generally looks at it as something that's happened in the past and pretty much discounts it on the hope that we might actually recover sooner rather than later.

With the tourism industry deeply affected by COVID-19 because of travel restrictions and lockdowns, we look at tourism figures from last year to gauge the potential loss the sector will experience because of these restrictions. 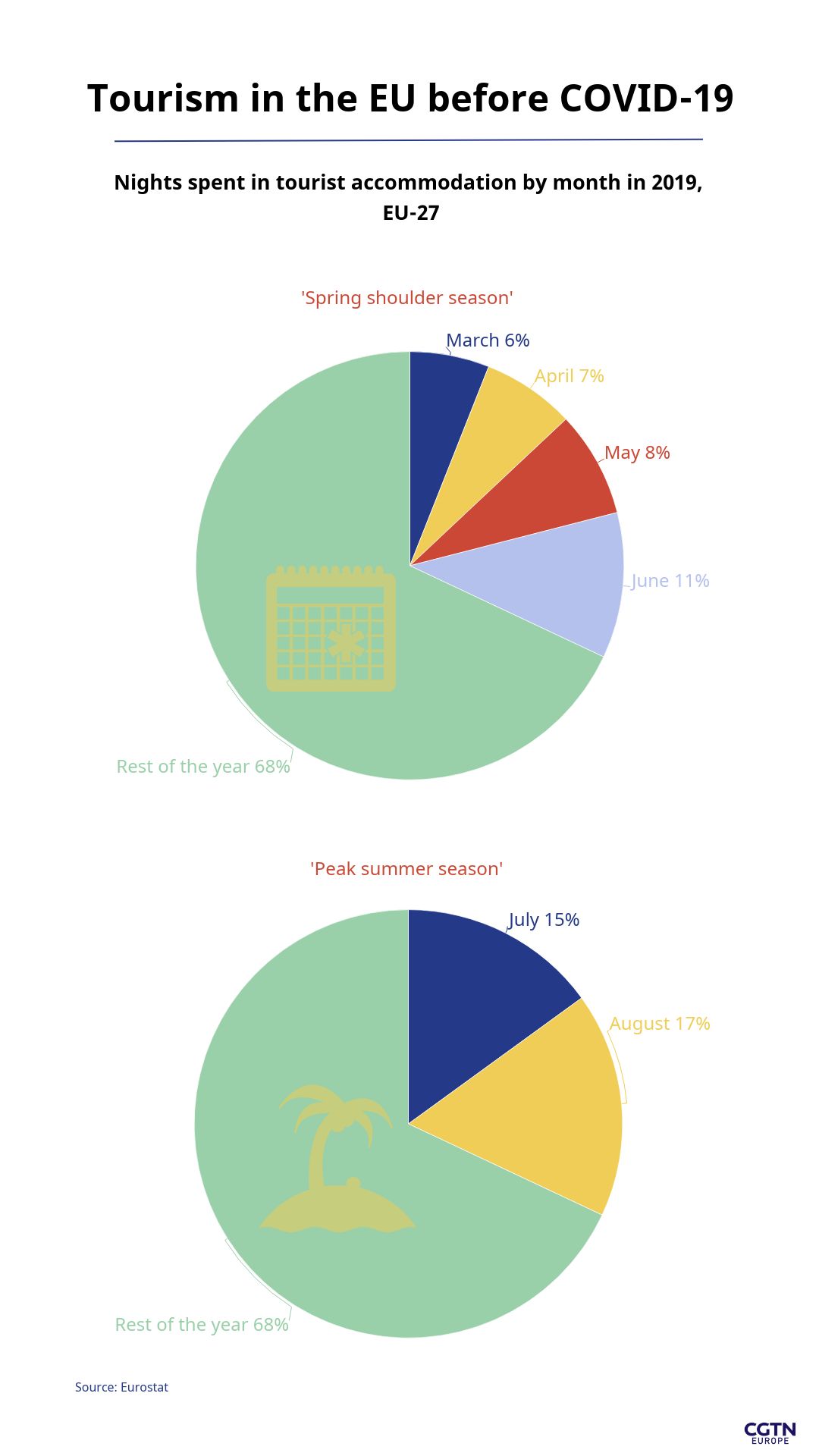