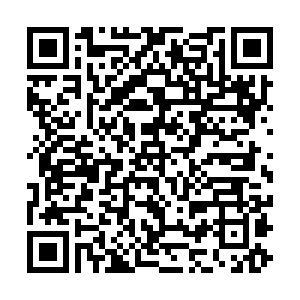 - Germany is continuing to relax its public restrictions, despite its reproduction rate (or R number) of infection rising above one for the second consecutive day. It has sparked fears of a second wave of the coronavirus.

- Much of Western Europe is relaxing lockdown rules, with shops widely open, albeit with social distancing measures, in France, Spain, Germany and Belgium.

- The UK government clarified its upcoming restrictions on people arriving in the country, saying arrivals from France and the Republic of Ireland will not have to quarantine.

- It comes as the UK government published plans to lift its lockdown restrictions, and changed government advice from "Stay at Home" to "Stay Alert." People in England are now advised to wear face coverings in closed spaces, like public transport and shops.

-  Big cities in Spain such as Madrid and Barcelona remain under a strict lockdown, but in smaller urban areas and more rural areas rules have been relaxed on meeting friends and family and bars and eateries with outdoor spaces are allowed to reopen.

- COVID-19 has led to the strangest result in modern elections, with the Polish presidential vote recording zero percent turnout. The ruling Law and Justice Party tried to hold the poll, but after weeks of legal debate polling stations did not open on Sunday. The vote was not cancelled, but it was also not held.

- After eight weeks in the stables, French horseracing will resume on Monday, with a 10-race meet at Paris Longchamp.

- Originally planned to begin on Tuesday before COVID-19 forced postponement, the Cannes Film Festival is now unlikely to take place "physically" according to director Thierry Frémaux. He said Cannes could be held in conjunction with cinemas, but not virtually.

- At least five players across Spain's top two football leagues have tested positive for COVID-19. The players have not been named, but are said to be asymptomatic and isolating.

- Long Read: Learn to listen, listen to learn: What COVID-19 taught us about ourselves. 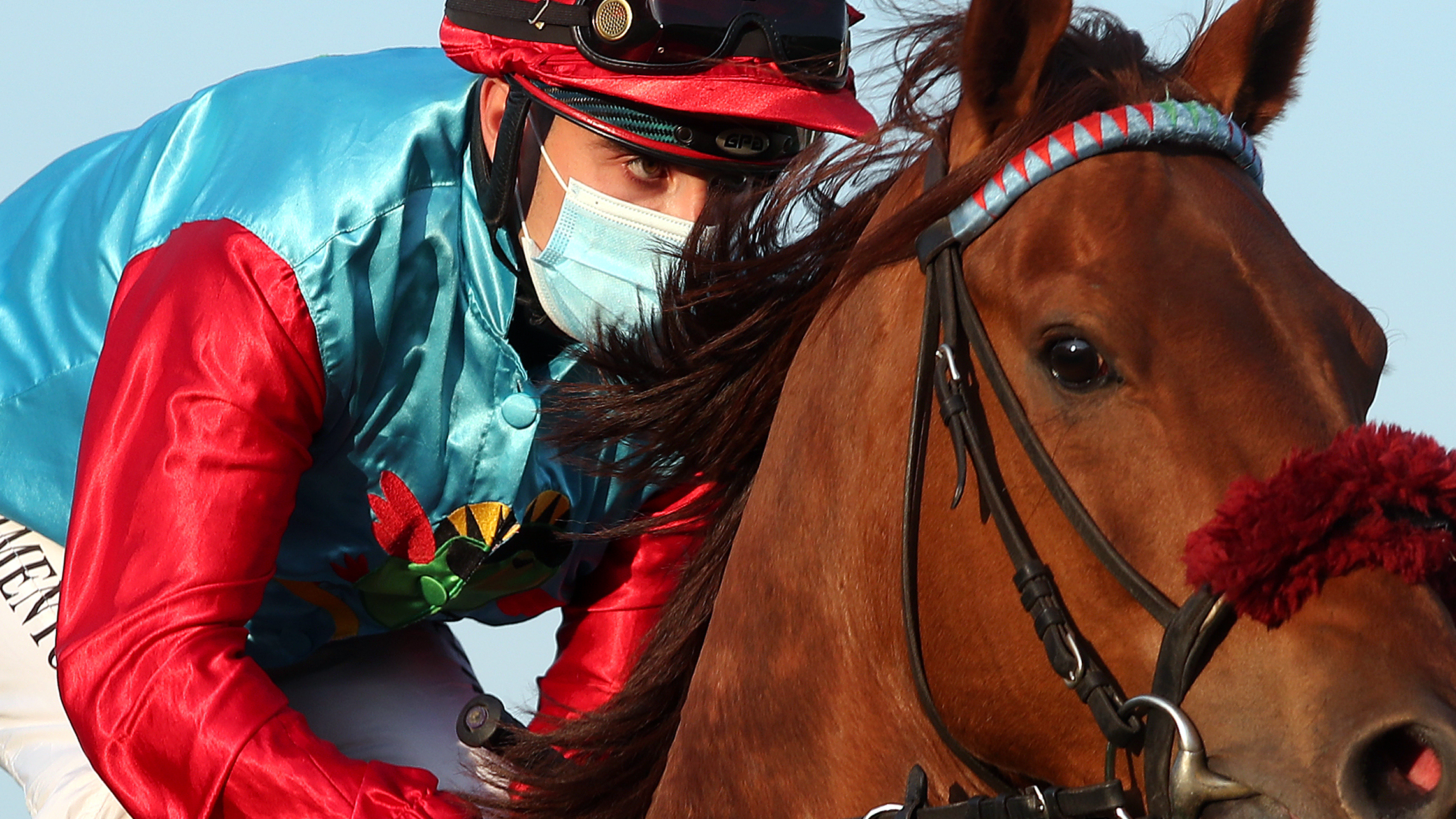 With horseracing returning across Europe, jockeys with masks may be the new normal. /Ronny Hartmann/AFP

With horseracing returning across Europe, jockeys with masks may be the new normal. /Ronny Hartmann/AFP

For the first time since the lockdown began in France on 17 March, all shops are now able to reopen – as long as customers practice social distancing inside. However, restaurants, cafes and bars must stay closed across the country until at least the start of June. Primary schools can welcome back pupils but only at the discretion of parents. People are also able now to leave their house without having to fill in a government "attestation" form listing their address, date of birth, where they are going and why. Anyone traveling on buses, trains and trams must wear a face mask and observe social distancing.

European Commission President Ursula von der Leyen has threatened to sue Germany after the country's constitutional court ruled that the European Central Bank's $2.9 trillion "quantitative easing" program overstepped its mandate. The Berlin court gave the ECB three months to prove the policy is proportionate to its impact on the economy. In a statement late Sunday, Von der Leyen said Brussels "will look into possible next steps, which may include the option of infringement proceedings."

Belgium enters the next phase of its deconfinement on Monday. All shops in the country will be allowed to reopen under strict social distancing guidelines. They have been closed since mid-March. Households are now also allowed to entertain four guests, as long as they are the same guests every time. No date has been set for the reopening of restaurants, bars or cafes, which has led to industry protests.

But as Belgium tries to enter the "new normal," some public transport workers have gone on strike, severely disrupting service. For the first time in history, they have invoked their "right of withdrawal," which allows them to walk off the job in the event of "serious and imminent danger" without fear of being fired. They are protesting the removal of certain safety measures such as social distancing on public transport.

The prime minister has laid out some first tentative steps towards "reopening society," with a controversial road map out of lockdown. In a televised address Boris Johnson urged people to go to work if they can't work from home, with more details expected today. The address laid out a three-month schedule to reopen primary schools, shops and outdoor cafés but all conditional on a low infection rate. He also said some cafés and restaurants may be allowed to reopen, although pubs are likely to remain closed into August and potentially beyond that.

Quarantine restrictions could be imposed on people traveling into the UK by air, although this may not apply to Ireland and France.

Business leaders responded positively, describing it as a phased and careful return to work. But the move was criticized by the leaders of Scotland, Wales and Northern Ireland, who said they would stick to their "stay-at-home" messaging. The leader of the opposition Labour Party, Keir Starmer, said the plan raised "more questions than it answers."

By Stefan de Vries in the Netherlands

After almost two months, Dutch children will go to primary school again on Monday. Also so-called "contact professions" such as hairdressers and physiotherapists can reopen their businesses. Adults can participate in outdoor sports again, except for contact sports. The easing is part of a multiple-step plan to reopening the country. The Dutch government advises people working at home to continue doing so.

Since 15 March, the country was in a so-called "intelligent lockdown." Although schools, bars, restaurants and entertainment and sports venues have been closed for two months, many shops have stayed open. Contrary to most other European countries, the Dutch were allowed to go outside, as long as they respected the 1.5-meter distance rule. In June, bars and restaurants can open again, while masks will be obligatory on public transportation from that date. In case the number of coronavirus infections increases, measures can be tightened again.

While rural parts of Hungary may have had a relaxing of restrictions, Prime Minister Viktor Orban has warned Hungarians not to get complacent – saying the fight against COVID-19 is far from over. There remain restrictions on movement in Budapest and surrounding Pest County, and Orban says these won't be relaxed for at least another two weeks.

Orban has urged Hungarians to look out for each other by keeping their faces covered and maintaining a safe distance apart.

"It might be true of Hungarians in general that we're more easily emboldened if we feel that we can see light at the end of the tunnel," Orban said. "But one can never know whether or not that's the headlight of an approaching train."

Orban said it's unlikely schools will reopen before the summer break. "I'm very uncertain about this, and I don't see how the conditions for this can come about – conditions which satisfy parents and teachers."

He said there isn't strong demand from the public for schools to reopen, so the government is not yet considering it.

More than 50 percent of Spain's population will enter the first phase of the country's de-escalation plan. It comes after Spain recorded its lowest daily death toll since mid-March.

From Monday, people will be allowed to meet in groups of 10 both outside and in private homes, visit loved ones and have a drink at a street cafe.

However, Spain's two largest cities, Madrid and Barcelona, will remain at "Phase 0." Madrid has been at the epicenter of the pandemic in the country and the health authorities say they want its primary-care detection system to be "more robust" before they will ease lockdown measures.