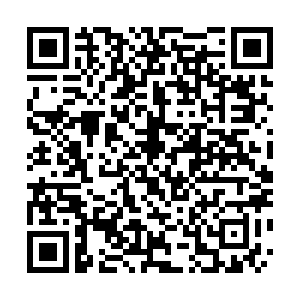 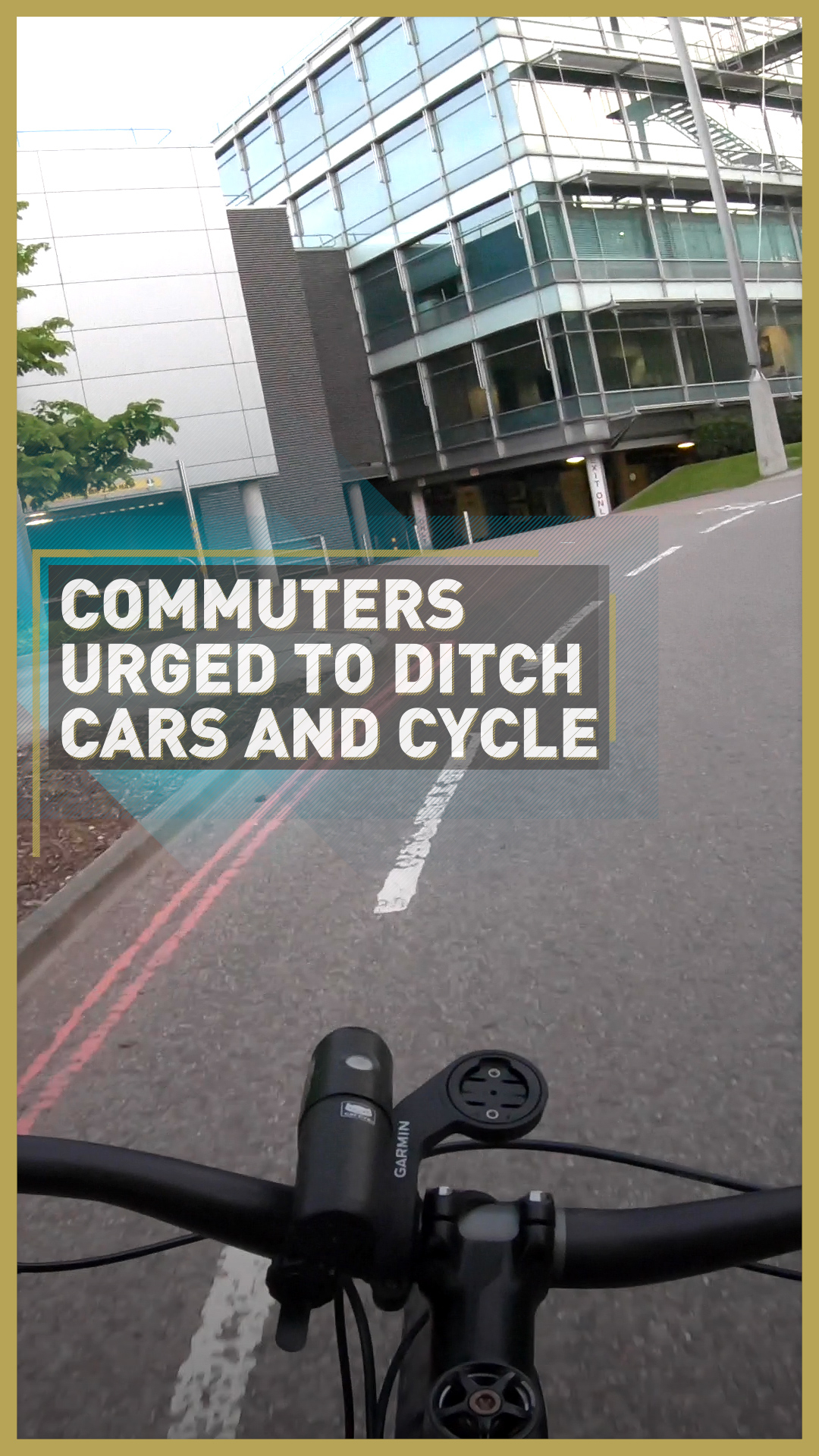 As countries across Europe begin easing their coronavirus lockdown a key question facing governments is how to get their populations moving again without chaos on road and rail.

With reduced public transport services and social distancing likely to deter people from using it anyway, preventing gridlock on the roads will be a priority.

So governments across the continent have been coming up with innovative ways to encourage people to walk or cycle instead.

The World Health Organization (WHO) has been encouraging the shift: "Whenever feasible, consider riding bicycles or walking: this provides physical distancing while helping to meet the minimum requirement for daily physical activity, which may be more difficult due to increased teleworking, and limited access to sport and other recreational activities."

The benchmarks are Copenhagen, the capital of Denmark, where half of the daily commuters are cyclists, and the Netherlands, with its vast network of bike lanes.

Footage from the European Space Agency also shows that air pollution across many major cities across Europe, including Madrid and Milan is at its lowest point for years.

So what are countries doing to encourage their citizens to leave their cars at home and get on their bikes?

The UK government has announced a $2.48 billion package to put cycling and walking "at the heart of " the country's post COVID-19 transportation plan to try and relieve the pressure on public transport.

At a press briefing on Saturday Transport Secretary Grant Shapps announced a plan that aims to double the number of people who are cycling and increase walking by 2025.

$310 million of the package will be used to improve cycling and walking infrastructure, including building wider sidewalks and the introduction of cycle-only streets.

The UK has seen unprecedented levels of walking and cycling across the country during the pandemic and the government hopes the trend will continue after the lockdown. 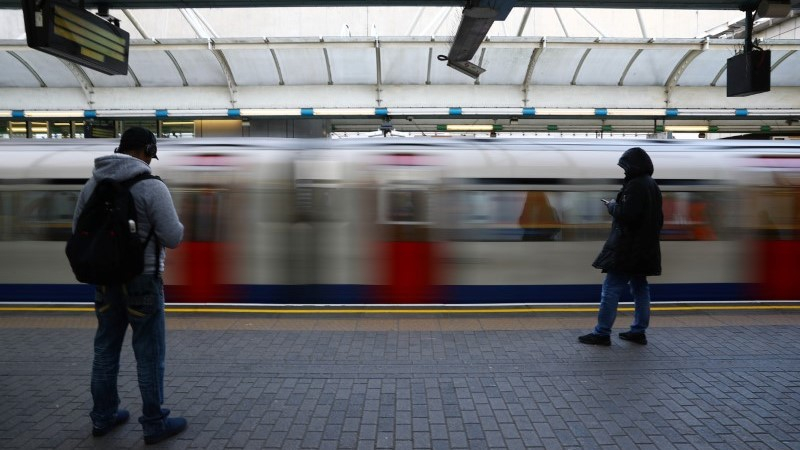 The UK government is hoping the $2.48 billion package will relieve pressure on public transport when the country's lockdown eases. /Reuters

The UK government is hoping the $2.48 billion package will relieve pressure on public transport when the country's lockdown eases. /Reuters

Italy's Transport Minister Paola de Micheli has announced a package for its citizens to claim a $548 subsidy on newly bought bikes.

The offer applies to people living in a municipality with more than 50,000 inhabitants and can be claimed when buying a traditional or electric bike, scooter, hoverboard, Segway, or mono wheels.

Milan's Mayor Giuseppe Sala has pushed for his city to be more climate-smart in recent years, including setting a target to make all public transport electric by 2030.

Temporary new bicycle lanes have been introduced to ease the pressure on the city's public transport system.

Sala has estimated that 70 percent of Milan's residents now back his plans to switch 35 kilometers of road to prioritise bicycles and pedestrians. Previously the new lanes have caused conflict.

Now the message from Sala is "if you live one kilometre from your office, walk or bicycle. It's good for us, and for you."

In Rome, its a similar story. Due to its ancient protection, it's very difficult to have fully protected bike lanes in the city. But the local government has improvised, painting bike lane lines on up to 150 kilometres of road for commuters to use. 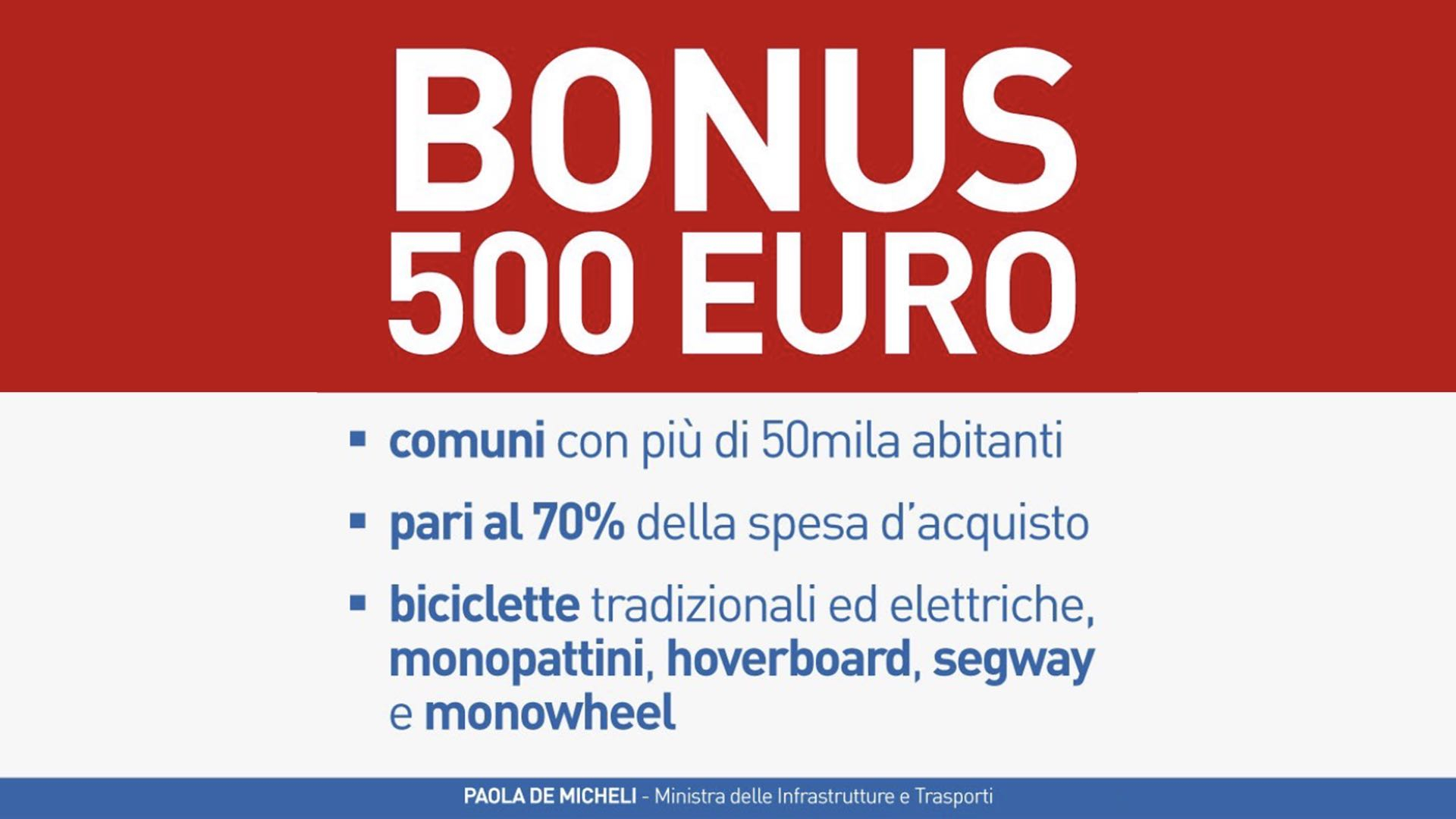 An offer from the Italian government to pay a 500 euros ($548) subsidy for anyone living in a municipality of more than 50,000 people wanting to buy a bike, push or electric, or a scooter, hoverboard, Segway or monowheel. /Twitter/Paola_demicheli

An offer from the Italian government to pay a 500 euros ($548) subsidy for anyone living in a municipality of more than 50,000 people wanting to buy a bike, push or electric, or a scooter, hoverboard, Segway or monowheel. /Twitter/Paola_demicheli

The French government has asked people to ditch their cars and use bicycles to commute to work when the full COVID-19 lockdown ends on 11 May.

An initiative from the energy and transport ministry includes developing temporary bike lanes and up to $21.94 million worth of subsidies towards the cost of repairs.

People will be allowed up to $55 for repairs by sponsored mechanics whilst employers are supported to cover up to $438 of travel costs of staff who commute by bike.

The plan also includes an increase in bicycle parking spaces and training for people who haven't ridden for a while to get them back in the saddle.

Minister Elisabeth Borne said: "While 60 percent of trips made in France are less than five kilometers, the coming weeks represent an opportunity for many French people, already cyclists or not, to choose biking." 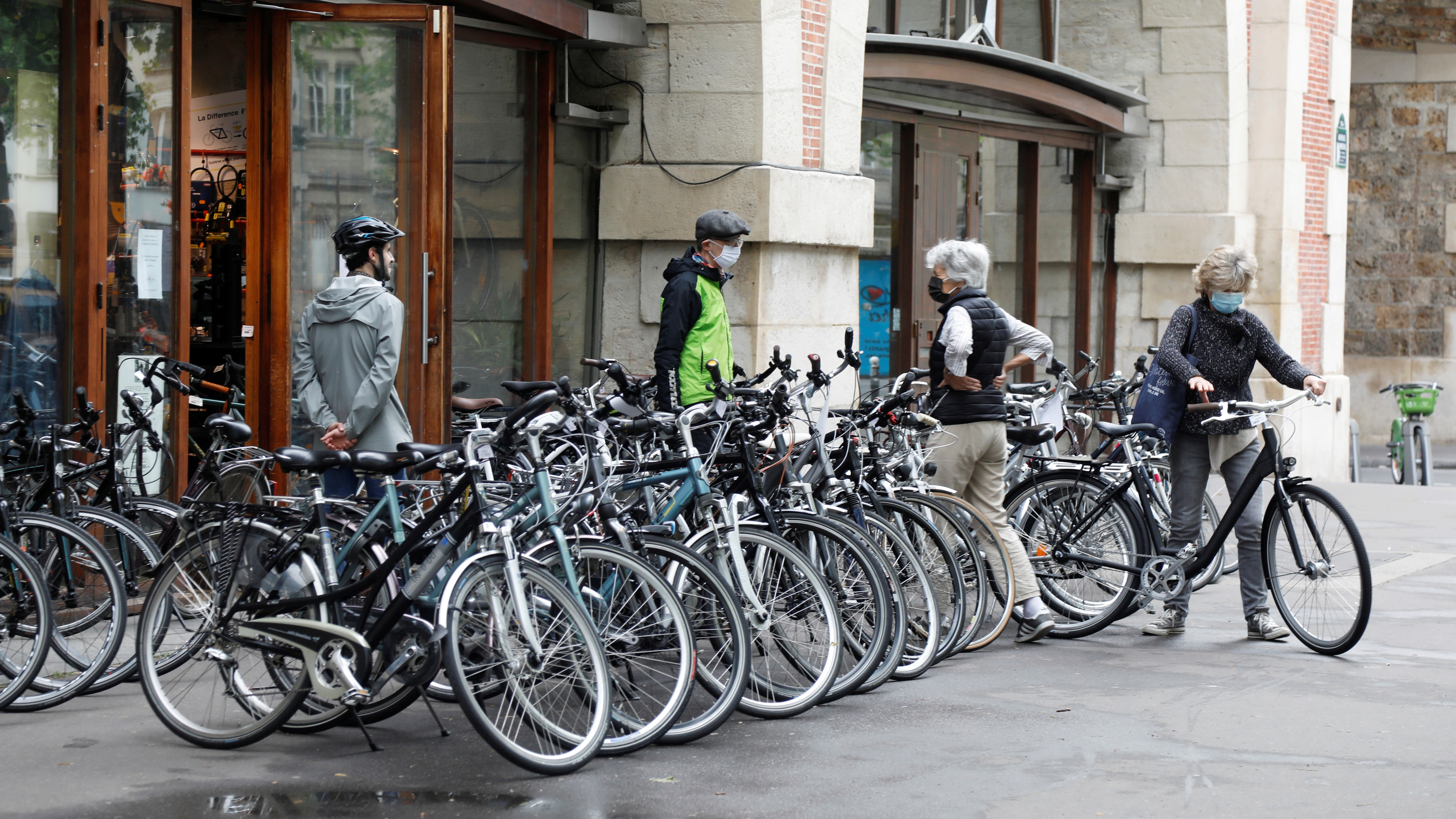 Some bike shops are offering citizens a chance to try out their bikes before buying one. /AFP

Some bike shops are offering citizens a chance to try out their bikes before buying one. /AFP

Cities such as Madrid and Barcelona already have a good bike system in operation, although they are being improved.

Old lanes in the cities are being widened so that cyclists can adhere to the social distancing measures, whilst completely new lanes are also being formed. 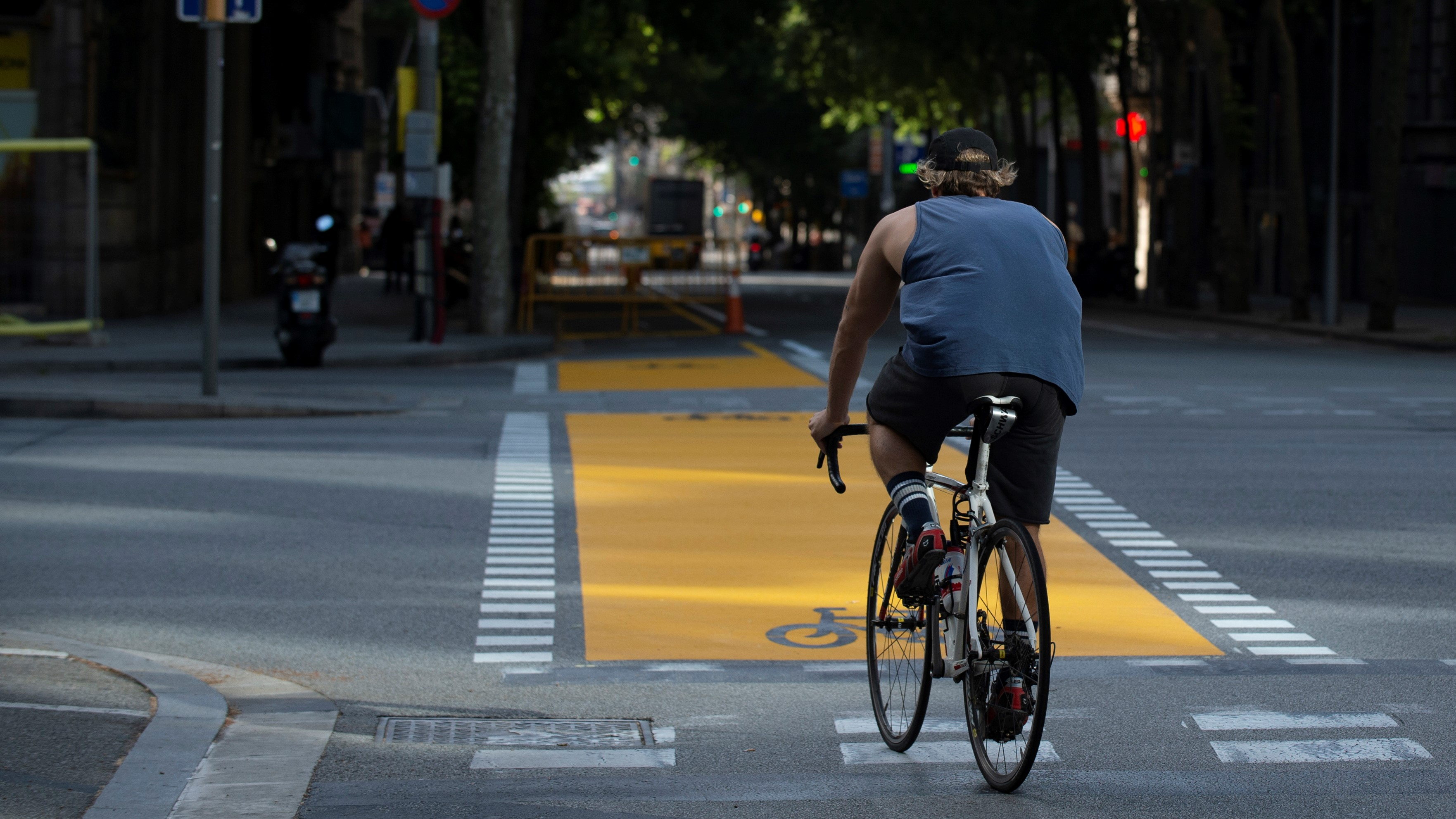 In Berlin, the Friedrichshain-Kreuzberg council has painted yellow lines on some roads to reduce the space for car lanes, allowing them only for bikes.

"As a cyclist, you should be well protected during this pandemic," said Berlin Roads and Parks Department official Felix Weisbrich. "When you pass other bikers you need to be at least one-and-a-half-meters away from them." He added.