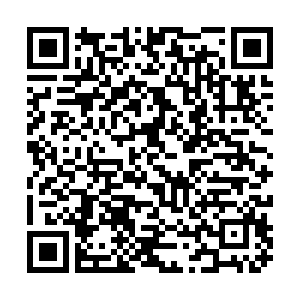 China's Ministry of Foreign Affairs published an article on COVID-19 in Chinese on Saturday, rebutting false claims from the U.S. on ties between COVID-19 and China.

In the article, China rebutted 24 untrue claims from the U.S., including calling the novel coronavirus "the Chinese virus" or "Wuhan virus" and claims that the Wuhan Institute of Virology created the virus.

The ministry said it will continue to rebut the false claims, as well as any new ones that come up.

Below are the 24 false claims and truths listed by the Chinese Foreign Ministry.

Lie: The novel coronavirus is the "Chinese virus" or "Wuhan virus."

Fact: The World Health Organization (WHO) guidelines have advised against giving infectious diseases names that associate them with specific countries and regions.

Story of Fighting COVID-19: China virus? Wuhan people have something to say

The danger of calling it 'the Chinese Virus'

Lie: Wuhan is the origin of the COVID-19 outbreak.

Fact: Although the city first reported the outbreak, Wuhan is not necessarily the origin of the virus. The origin of COVID-19 is still unknown. Its source should remain a matter of science and should only be determined by scientists and medical experts based on scientific facts.

Beijing calls for scientific explanations for where COVID-19 originated

Lie: COVID-19 was created by the Wuhan Institute of Virology.

Fact: All of the evidence so far has shown that the virus evolved naturally. It is not man-made.

Lie: COVID-19 was accidentally leaked from the Wuhan Institute of Virology.

Fact: The P4 laboratory at the Wuhan Institute of Virology is a collaborative project with the French government. It is not capable of designing and producing COVID-19, and there is no evidence that any sort of virus leaked from the lab or that any staff got infected.

Beijing: World is facing a war between truth and lies over COVID-19

Lie: China could have contained the outbreak from spreading outside Wuhan, but it let the virus spread to the world by not limiting international flights.

Fact: China implemented the most restrictive prevention and control measures in the shortest possible time to prevent major outbreaks in places other than Wuhan. The statistics show that only a few imported cases are from China.

76 days in Wuhan: The dawn is at hand

SARS-CoV-2 might originate from the recombination of a pangolin virus with a bat virus: Study

Lie: China reopened its wildlife market. It should close its "wet market" immediately.

Fact: China does have "wet markets." China has completely banned the illegal hunting and trading of wild animals.

The wet markets and the western myths

Lie: China's initial cover-up of the outbreak has led to the virus spreading to the world.

Fact: The outbreak was caused by a new type of virus, which required time to fully understand it. China has published the related information in an open, transparent and responsible manner.

Timeline: How did China warn the world about the coronavirus outbreak?

Fact: Dr Li Wenliang is not a "whistleblower," and he was not arrested.

Lie: China's delayed report on human-to-human transmission mislead the United States and the world on how contagious and deadly the virus is, thus causing them to miss the opportunity to take early measures.

Fact: China has been updating the WHO on the severity of the virus. The U.S. should have been crystal clear about how lethal the virus is.

China deserves 'gratitude and respect' for efforts to fight virus outbreak: WHO chief

Lie: China's data on COVID-19 is not transparent. The real number of confirmed and deceased COVID-19 cases is at least 50 times more than reported.

Fact: China's released data is completely transparent and can stand the test of time.

China's achievements in fighting COVID-19: What lies behind?

Lie: Wuhan's revision of the number of COVID-19 cases and fatalities proves that China covered up the actual number of infected patients during the initial stage of the outbreak.

Fact: Data revision is a common international practice, which actually approves China is open, transparent and responsible in reporting the data.

Fact: China publishes COVID-19 data in an open and transparent way. But some U.S. politicians and anti-China scholars have smeared China. China is a victim of disinformation.

Lie: China's political system is the root of the problem.

Fact: The virus doesn't distinguish ideology or social systems. The Communist Party of China and the Chinese government have played a decisive and crucial role in leading the Chinese people to prevail against the epidemic. China's political system has effectively organized and mobilized 1.4 billion people in China's vast territory of 9.6 million square kilometers to overcome the difficulties faced by developing countries. It unites all forces, pools all resources and provides a strong political guarantee to overcome the epidemic. It has been proven that the social system and development path chosen by the Chinese people fit China's domestic situation, and the Communist Party of China has won firm and broad support from Chinese people. China also has no intention of exporting its political system.

Wuhan's war on COVID-19: How China mobilizes the whole country to contain the virus

Lie: China expelled U.S. journalists to cover up the outbreak.

Fact: China's expulsion of the U.S. journalists is a reciprocal countermeasure against the U.S. for its long-term suppression of Chinese media agencies in the U.S., especially the recent expulsion of 60 Chinese journalists. China releases information in a timely manner in an open, transparent and responsible manner.

China defends its countermeasure to U.S. restrictions on Chinese media, 'all options are on the table for China'

Lie: China controls the WHO and uses money to woo the organization.

Fact: China firmly supports multilateralism. China has maintained good communication and cooperation with the WHO, but China has never manipulated the WHO. Notably, it is the U.S., the largest source of funding for the WHO, that has suspended funding of the international body, a move that was unanimously opposed by the international community.

Lie: Taiwan issued a warning to the WHO about the human-to-human transmission of the new coronavirus pneumonia from as early as December 31, 2019, but it was not taken seriously.

Fact: China's Taiwan region was not issuing a warning to the WHO, but seeking additional information from the WHO after the Wuhan Health Commission filed a report on COVID-19.

Mainland: Taiwan's December email to WHO says nothing about human-to-human transmission

Lie: China prevented Taiwan from joining the WHO and endangered the health of Taiwanese.

Fact: The truth is, Taiwan, as a part of China, has no right to participate in the WHO that only sovereign states can join. The channels of technical cooperation between China's Taiwan and the WHO are always open.

Fact: There is no legal basis for holding China responsible for the pandemic and asking for compensation. Such claims are just tricks some American politicians use to shift blame for their own political gain.

Is China to blame for the COVID-19 pandemic?

Lie: China has hoarded protective medical resources, taking advantage of the pandemic to yield huge profits. It tightened the export of virus containment resources and equipment and limited exports, especially ventilators, which led to the U.S. not having sufficient stocks.

Fact: Although China's own virus containment is arduous, China is still doing its best to provide anti-COVID-19 medical supplies to other countries.

Fact: China's foreign aid for fighting against the pandemic is sent to countries that supported China during the early phase of the outbreak. It is also based on the concept of a community of shared human destiny.

Envoy: China's help to Europe is sign of solidarity, not political calculation

Lie: China is interfering in the U.S. election, trying to prevent U.S. President Donald Trump from being re-elected.

Fact: China has always adhered to the principle of non-interference in other countries' internal affairs. "Attacking China" is just a smear tactic that some U.S. politicians are attempting to use as their campaign strategy.

Lie: China recently required that enterprises that export masks, test kits, ventilators and other materials must provide customs with declaration forms, which can be seen as an attempt to ban the export of anti-COVID-19 medical supplies.

Fact: China's prevention and control measures never discriminate between Chinese and foreign nationals. It adopts a zero-tolerance attitude toward discriminatory words and deeds.

(Cover: Nurses rally outside the White House on behalf of the healthcare workers who died from COVID-19, Washington, U.S., May 7, 2020. /Reuters)