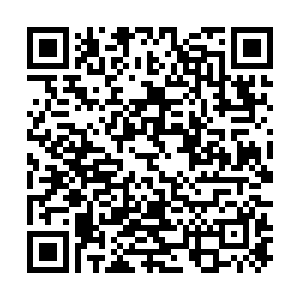 • French police have intercepted smuggling networks and scams to the value of more than $32 million, seizing 438,000 face masks – while revealing that 5.7 million masks ordered online have been part of scams or attempted scams.

• Eurozone finance ministers have agreed to offer cheap credit lines until the end of 2022 for member countries hit by COVID-19. The loans will be provided by the European Stability Mechanism (ESM), the EU's rescue fund, and will match up to 2 percent of the loaning country's GDP.

• Switzerland's government announced it is considering opening its land borders as it continues to ease lockdown limits.

• Ireland's unemployment rate rocketed to 28.2 percent at the end of April including those receiving emergency jobless benefits due to the coronavirus pandemic, the highest rate on record and up from just 4.8 percent two months ago.

• Wales has unveiled plans to loosen its lockdown so that from Monday people can exercise more than once a day and garden centers can reopen. UK prime minister Boris Johnson is expected to outline plans on Sunday but it is not yet clear how similar the strategies of England, Scotland, Wales and Northern Ireland will be.

• The World Health Organization has cast doubt on a French study that suggests smokers are less likely to be hospitalized with COVID-19. "They have not been peer-reviewed," said the WHO's Maria van Kerkhove, and "they do not say that smoking is protective… the harms of tobacco are well-known."

• Europe has marked the 75th anniversary of VE Day with scaled-down celebrations, as countries remain wary of public gatherings. Governments including the UK have also pleaded for people not to ignore lockdown and social distancing measures during celebrations.

• In its third phase of easing lockdown measures, Denmark's cinemas, museums and amusement parks can reopen from 8 June.

• Portugal's finance minister, Mario Centeno, said the country's unemployment rate could hit 10 percent by the end of the year, due to the pandemic.

• Nigerian-British rapper Ty has died at the age of 47 after contracting the coronavirus.

• Barcelona's beaches have opened from 06:00 to 10:00 on Friday, the day the Spanish government is set to announce in which regions bars, restaurants and places of worship will be allowed to open as the lockdown eases.

The UK government is expected to announce its latest lockdown measures on Sunday, but officials are already urging people not to expect too much change.

With warm weather returning and another public holiday on Friday to mark VE Day, the streets of major cities such as London already feel busier. And the roads are, too: the RAC motoring group says there are 11 percent more cars on the road this week than in the second week of lockdown, which started on 23 March.

Another issue to look out for will be whether the UK's four countries act in unison. Scotland has already said it is extending its lockdown, while Wales and Northern Ireland may also choose a different route from England.

There is the growing fatigue people naturally feel with the lockdown, but claims of the government's mismanagement of the situation and this latest confusion over whether measures will be eased are unlikely to help Downing Street's message.

German exports fell by 11.8 percent in March, according to the Federal Statistics Office. It is the largest drop since at least 1990 when statistics first appeared in their current form. The coronavirus crisis has disrupted supply chains and caused a massive drop-off in global demand.

The German Judges' Association announced that more than a thousand people have filed legal complaints against coronavirus restrictions. The complaints include the requirement to wear masks, bans on public gatherings, travel restrictions, and regulations for opening shops. In most cases, the restrictions were declared lawful by the courts.

European Union: EU finance ministers are back at it today, meeting to once again discuss the bloc's post-pandemic recovery. The Eurogroup is expected to agree on the terms of emergency credit lines from the bloc's $550 billion bailout fund, known as the ESM.

The only condition right now is that the money goes towards direct and indirect healthcare costs. But what exactly qualifies, how long the program will last and how it will be monitored still need to be hashed out. Brussels aims to have the program operational by 1 June.

One thing finance ministers won't be discussing in depth is the bloc's recovery fund. The European Commission has yet to put forward its proposal.

Belgium: Three-quarters of companies inspected during the coronavirus lockdown were found to be in violation of safety requirements and 34 were forced to close. According to the Belgian newspaper Le Soir, health inspectors carried out more than 1,000 checks between 23 March and 30 April.

Most businesses have been shut since mid-March, but in cases where telecommuting was not possible, companies were allowed to remain open as long as they followed strict safety measures such as social distancing and sanitation. 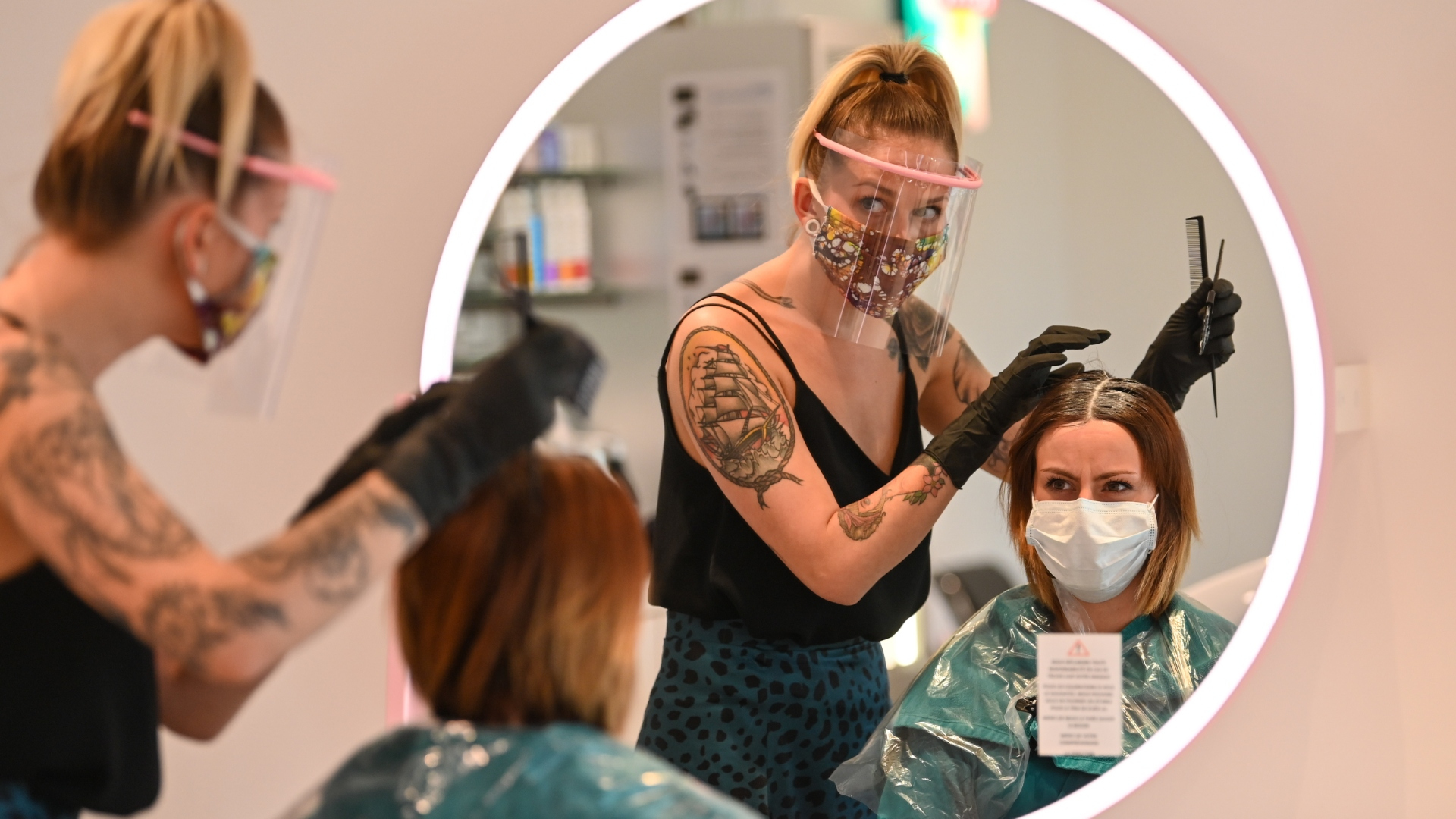 A hairdressing salon in Bruay La Buissiere, northern France, carries out a test day as the country looks to come out of lockdown. /Denis Charlet/AFP

A hairdressing salon in Bruay La Buissiere, northern France, carries out a test day as the country looks to come out of lockdown. /Denis Charlet/AFP

Italy will be able to return to church for mass from 18 May. An agreement was made on Thursday between the Catholic Church in Italy and the prime minister, Giuseppe Conte. Mass had been suspended in the Catholic country on 1 March prior to a nationwide lockdown.

Those protective measures are gradually being relaxed but not quickly enough for some areas. Governors representing regions across Italy have clashed with Conte's government over the timetable to reopen.

As small businesses worry about the economic impact of lockdown, some regions want retailers to begin to reopen from 11 May. The autonomous region of South Tyrol, on the border with Austria, has decided it will open shops, bars, restaurants and personal services from that day.

The Italian government is taking a staggered approach: hairdressers, bars and restaurants weren't expected to open until 1 June, but if infection rates decline further they could open on 18 May, the day retailers are scheduled to reopen across the country.

Ahead of the country's lockdown-easing on Monday, France has been split into green zones and red zones by the prime minister, as different regions will be able to start getting back to normal but following different timelines.

Across the whole country, all shops apart from bars and restaurants can open, people can travel up to 99 kilometers without filling in a government form and primary schools will be able to open on a voluntary basis.

In the green zones – broadly the west, center and south of France – parks can reopen and, after a three-week period of monitoring, cafes and bars could reopen there in June. Red zones, such as Paris and the east of France, where the virus is still circulating actively and there is still pressure on intensive care units, will continue to have restrictions on public transport and parks will remain closed. Mayotte, one of France's overseas territories, will remain entirely in strict confinement until at least 14 May.

Meanwhile, a hospital in eastern France using different tests now says it has found a case of a man with the coronavirus in mid-November. The Colmar hospital says it has used radiography testing to look at old samples of patients tested earlier in the year and one person did show symptoms consistent with the coronavirus in mid-November last year. The first official case in the region was a 36-year-old man diagnosed in Strasbourg on 27 February. 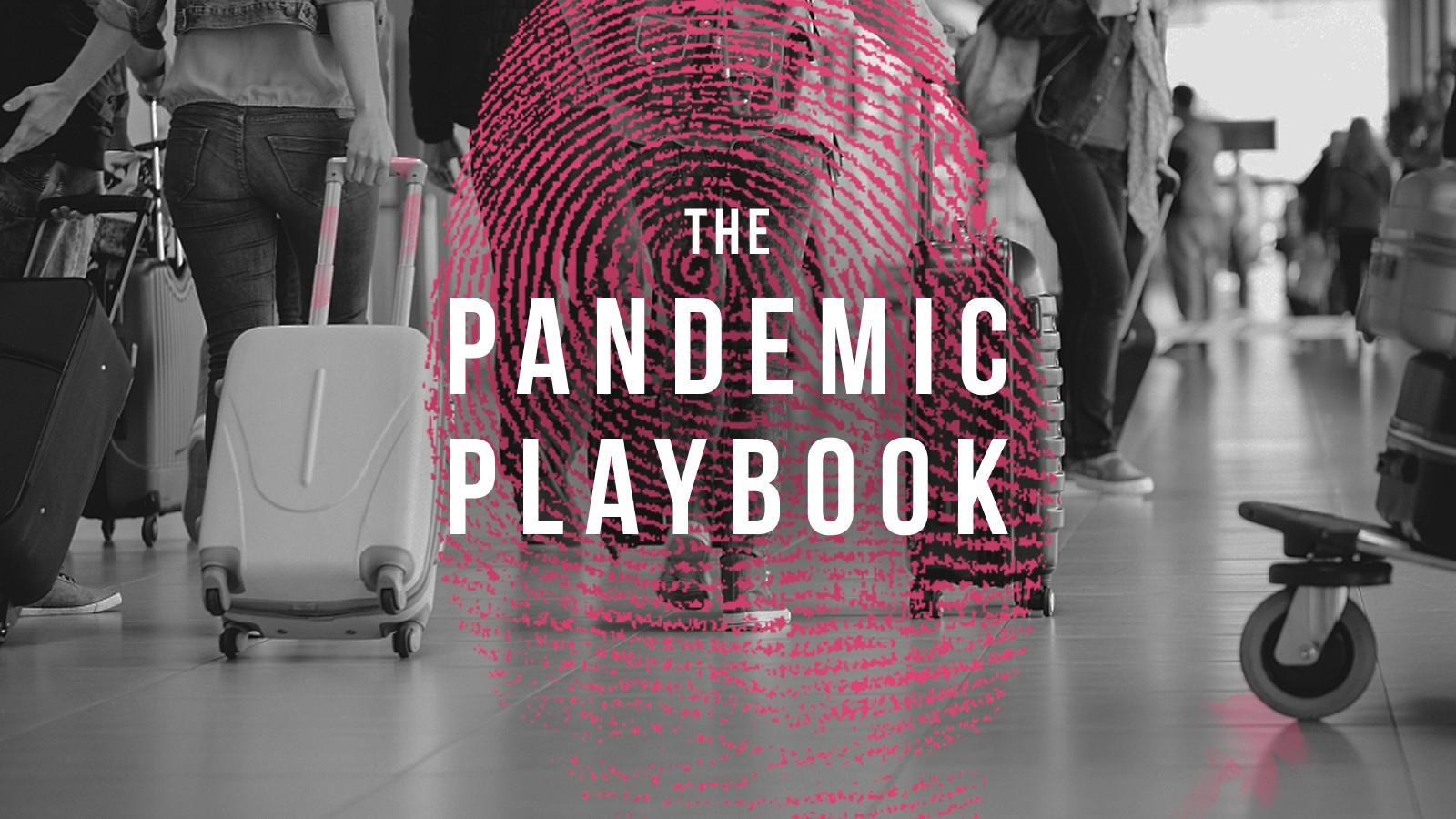