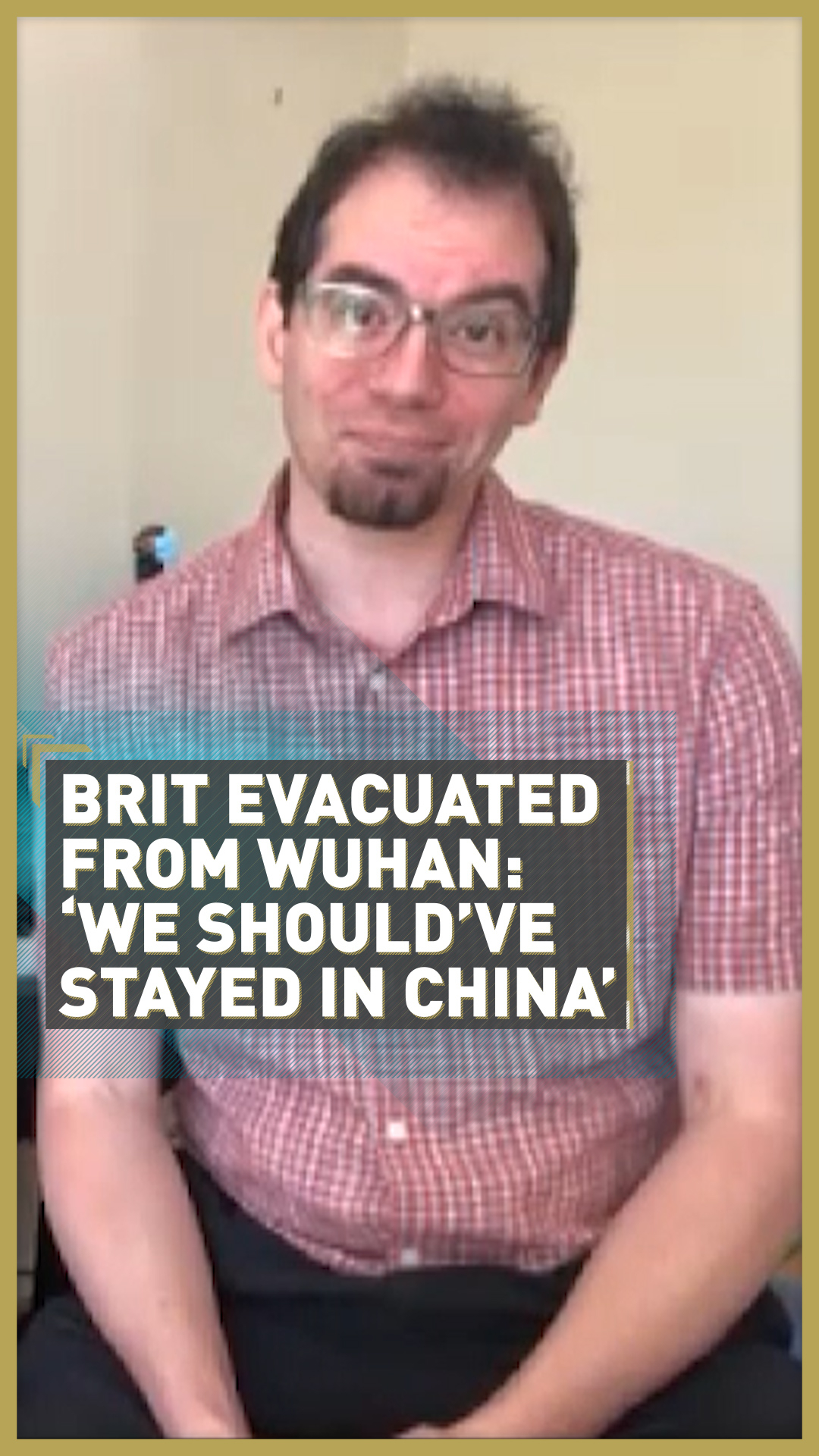 A British man who was evacuated from Wuhan at the start of the COVID-19 crisis says he "should've stayed" in China and "made a bad choice" by returning to Britain.

Matt Raw, who comes from Cheshire in northwest England, lives in Wuhan with his wife, Ying, and his 75-year-old mother, Hazel, but was advised by the British government to come home with his family at the end of January because of the disease.

Now that he is in Britain, he says he should have trusted China's handling of the virus and that the British government "really only has itself to blame" for the current situation in the UK.

Raw was one of the 83 British passengers to be flown out of Wuhan in late January.

"We were originally told by the UK government that England is safe," said Raw: "'Come back to England from the city where there is a killer virus and you'll be safe here!'

"Sadly, this is the same government that wanted us to take public transport back home after the flight landed."

He told officials that it wouldn't be "the greatest idea" for his family to mix with the public after traveling from the disease's epicenter. He and his family were then placed in quarantine for two weeks in National Health Service (NHS) accommodation in the Liverpool area.

"We thought, 'that's brilliant, they're actually doing something. They've realized how dangerous the situation is,' but sadly that was very short-lived," he said.

"As an island nation, I think we had every opportunity to basically cut our country off, just the same way that we did in China with Wuhan," said Raw.

"[China] closed the airports, we closed the train stations, bus stations, the restaurants. Everything was closed down and we could have done that in England and we didn't. Not only did we not do it; we didn't do it until 24 March."

In Raw's opinion, "the government in England really only has itself to blame for the situation that we are now in."

Yesterday, the UK overtook Italy as the country with the highest official death toll from COVID-19 in Europe, with 32,313 fatalities. It also now has the second highest death toll in the world after the U.S..

Raw says his family now faces the extra challenge of worrying about his wife's visa, on top of their concerns about the UK's handling of the virus, particularly in comparison with the response in China.

"[China] has acted more quickly than any other country in the world as far as I can tell. And a testament to that is it is coming out of lockdown, people are getting back to their daily lives," said Raw.

"I should have trusted that. We should've stayed there. We made a bad choice."

He added: "I can only praise all of my friends and, indeed, everyone in China for their resilience in sticking with the lockdown, obeying the rules and coming together as a nation to defeat this awful natural tragedy."