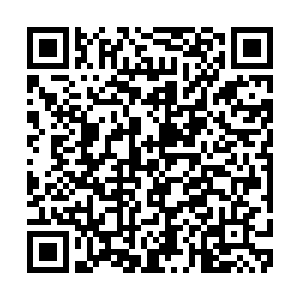 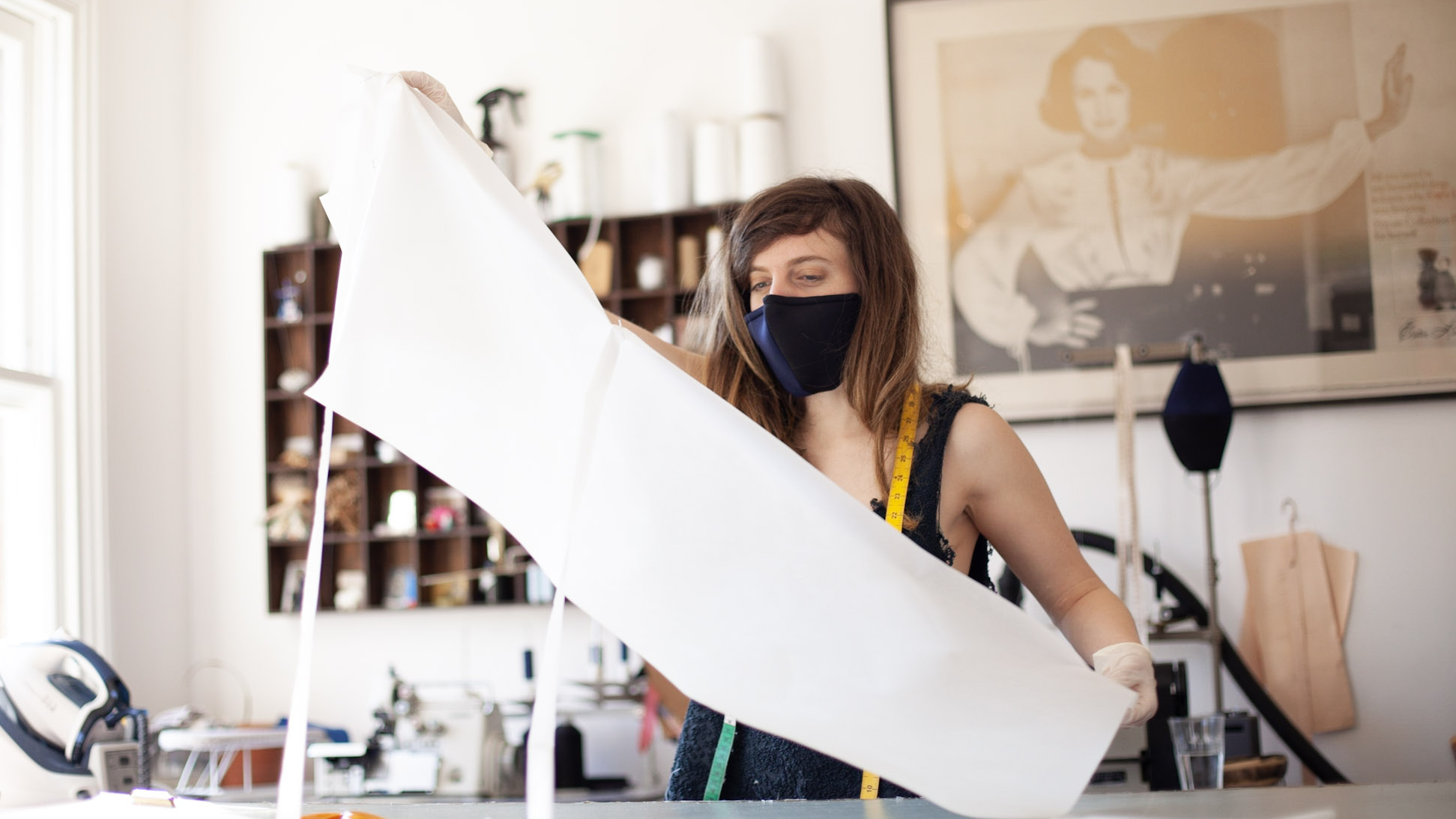 Bella Gonshorovitz makes a gown for the NHS in her studio. /CGTN

Bella Gonshorovitz makes a gown for the NHS in her studio. /CGTN

Late on Friday night, in mid-April, Bella Gonshorovitz got a call from a doctor asking "Can you help me?"

The doctor, from the Royal Brompton Hospital in London, had got the clothes designer's number from a "mutual aid" WhatsApp group, where they had desperately sought people who could make gowns to protect front-line workers, at risk amid the COVID-19 pandemic.

In response, Gonshorovitz set up a crowdfunding page in the hope she could raise enough money to make 200 gowns. In the following weeks the page took off and she now organizes 20 workers, has hundreds of donors and is tens of thousands of pounds over her initial fundraising goals.

The lack of adequate personal protective equipment (PPE) for front-line medical workers has dogged the UK government throughout the crisis. NHS staff have repeatedly said their lives are being put at risk over the lack of PPE and more than 100 NHS and care workers have died since the outbreak began.

The UK was seemingly unprepared for the outbreak. An investigation by the BBC's Panorama program detailed that, by the time the virus had reached the UK, there were no gowns, swabs, visors or body bags in the British government's pandemic stock that was set up more than 10 years ago.

The government has subsequently stepped up the development and procurement of personal protective equipment (PPE). Over the crisis, more than one billion PPE items have been delivered across the UK, according to the government. Although a recent survey from the British Medical Association showed almost half of all NHS doctors were sourcing their own gear.

Attempting to address the shortfall, the government has worked with private manufacturers to help fill the gaps in its supply of protective gear.

While many have collaborated with the government, earlier in April, dozens of companies, including Gonshorovitz's, said it had ignored their offers to supply PPE. The lack of, or inadequate, correspondence led to some, such as Gonshorovitz, taking matters into their own hands and dealing directly with hospitals, care homes and other institutions.

Gonshorovitz organizes skilled seamstresses who, like so many, are struggling for work since the lockdown was introduced. A part of the crowdfunding money goes to paying the workers minimum wage to keep them afloat during the crisis. She gained exposure for the crowdfunding campaign after London broadcaster James O'Brien championed her cause on Twitter. 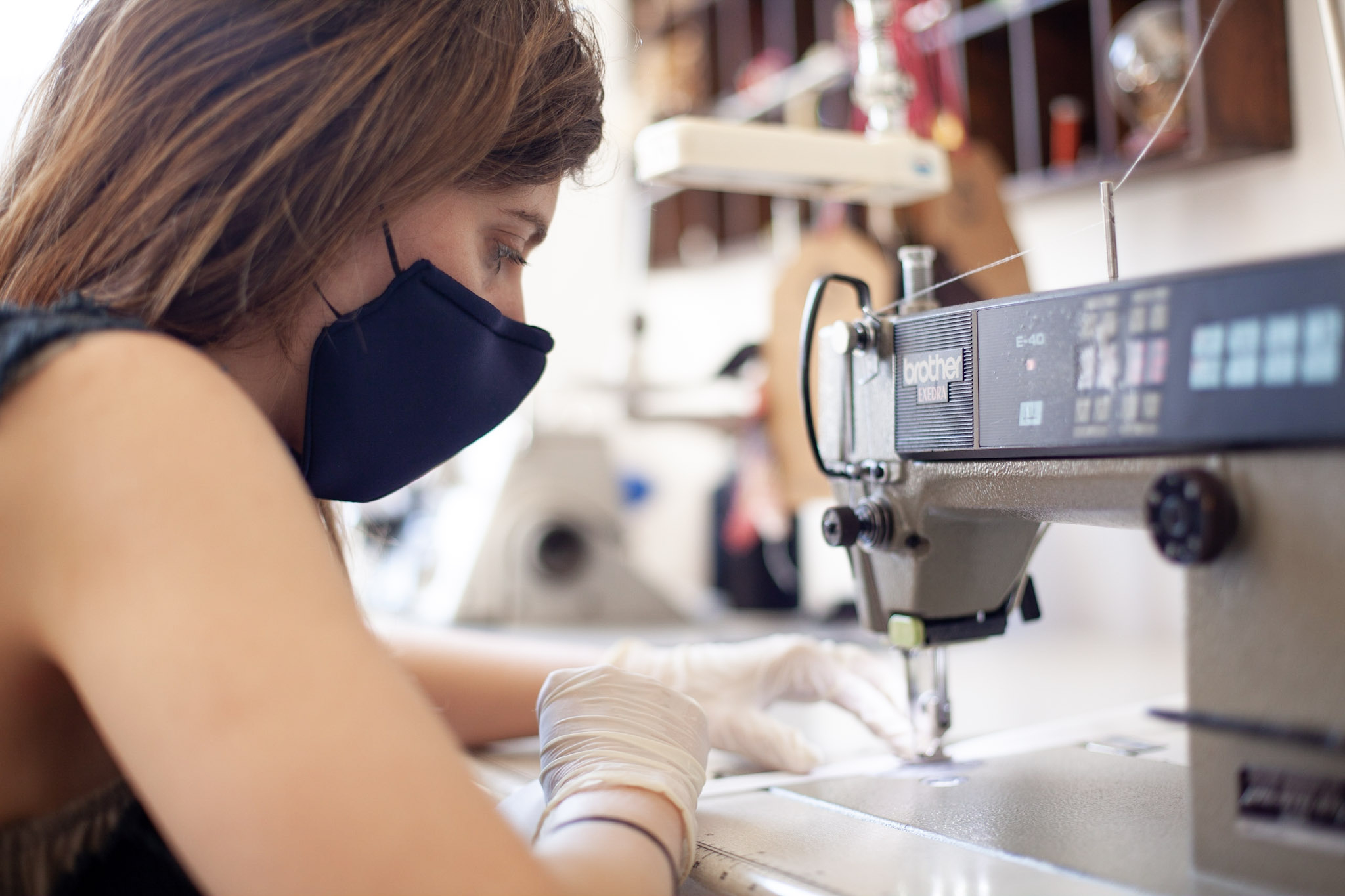 The gowns take on average two hours to produce once the material has been sourced. /CGTN

The gowns take on average two hours to produce once the material has been sourced. /CGTN

As the network of manufacturers was not initially buying in bulk, the costs of the specialist textiles used to make the gowns was high. But in just several weeks, Gonshorovitz has managed to expand production capacity exponentially, leading to a subsequent halving of the original 30 pounds ($38) per gown cost.

The designer works directly with two London hospitals, the Royal Brompton, from where the initial call came, and Homerton Hospital in the east of the capital. "I just provide them directly to them. I have contact people there, like a supplier."

Such is the demand for PPE, Gonshorovitz has had to decide which of the two hospitals gets the gowns. "This weekend, I was planning to give a certain amount to Homerton Hospital and then Royal Brompton called and asked for more. I was torn between the two, how am I going to split it?

"And I'm just dreading the day that I would get this call. And I would have to say to them, 'I'm sorry, I ran out of fabric and I cannot make the gowns for you.' As long as they need my help and I could produce this for them, I don't want to be in a situation where I have to say 'I'm sorry.'" 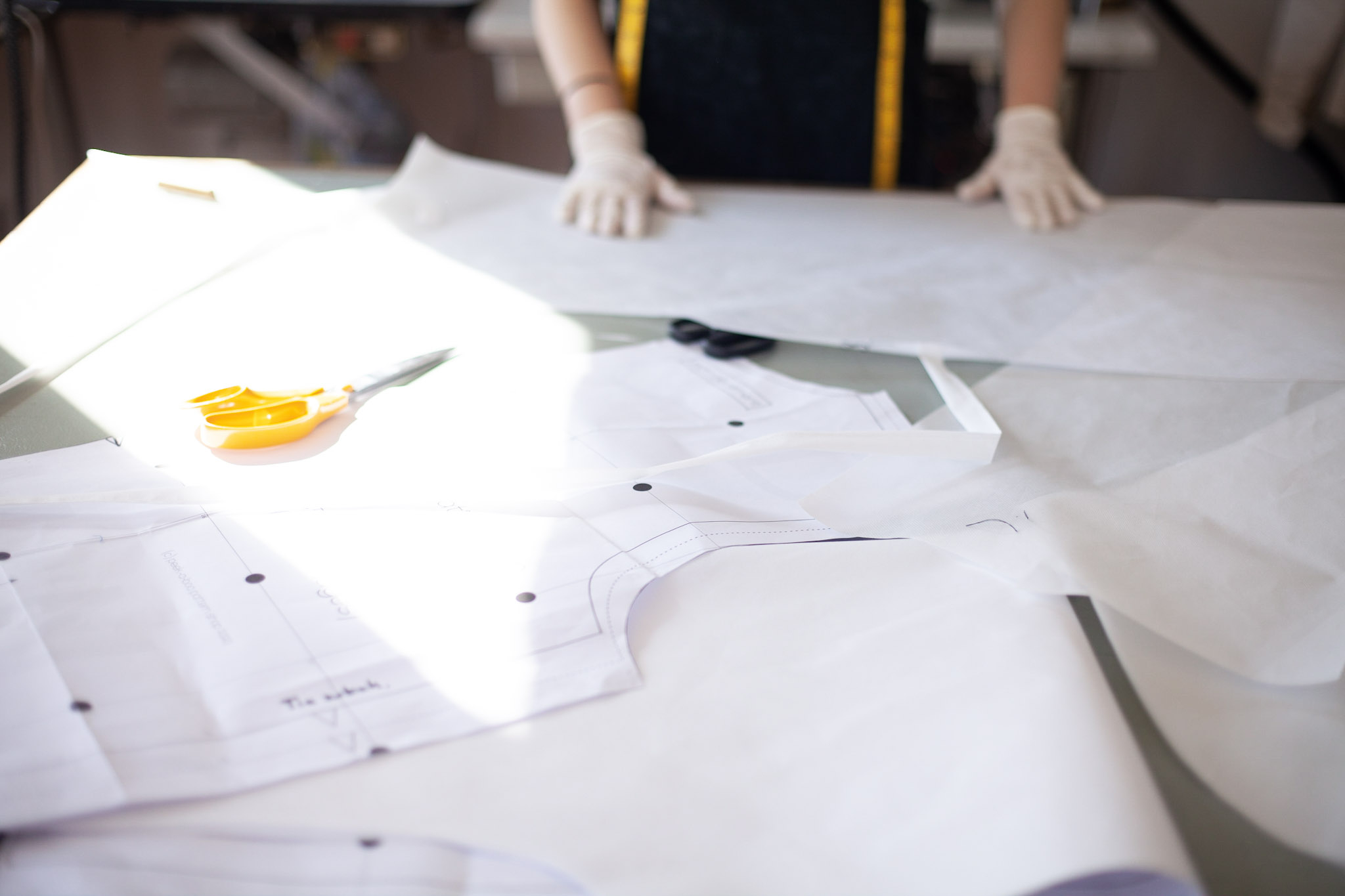 Gonshorovitz currently organizes 20 others to make the gowns. /CGTN

Gonshorovitz currently organizes 20 others to make the gowns. /CGTN

Gonshorovitz hopes that in the coming weeks she can get the price even lower, down to 12 pounds per gown. For that, she will have to raise around 20,000 pounds per week. With no help from the government forthcoming, the designer is relying on the generosity of strangers via the crowdfunding page to keep her network going.

"Although the crowdfunding effort has gone amazingly well, I don't think it's right for us to crowdfund for PPE. I think we should be getting support from the official bodies that are supposed to be providing PPE for the doctors and, generally, doctors should not call me on Friday night, at 10, saying 'Can you help me?'"

Gonshorovitz, who usually at this time of year would be making clothes for the Royal Academy's annual dinner, says she won't stop until she stops receiving requests from the hospital or she can't afford to buy the materials.

"The reality is, I've made so many garments in my life. These are the most important garments I've ever made. As much as giving pride and joy to people who sometimes wear a dress or trousers that I've cut and it really suits them – I do believe in the psychology of clothes and how they can help us live better with ourselves. But these are garments that actually have the ability to protect lives. So I'm going to keep on going."