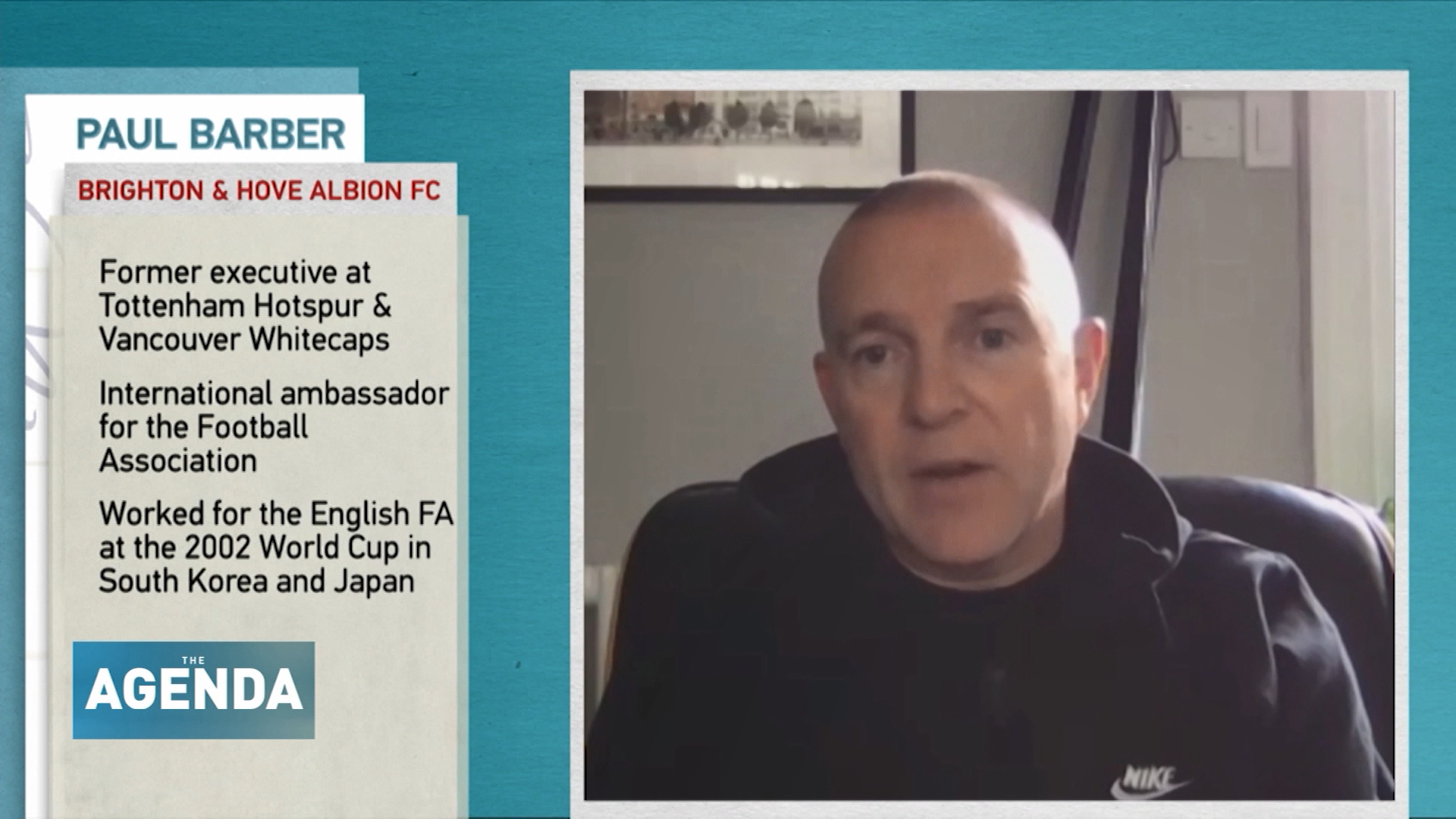 The European football market in 2019 was estimated to be worth more than $30 billion (Deloitte) but for 2020 it may be in for a bleak forecast. Paul Barber is Chief Executive and Deputy Chair of Brighton & Hove Albion FC where the Premier League club's stadium has been recently converted into a COVID-19 testing center.

Speaking to The Agenda's Stephen Cole he describes the effects of the pandemic as "the worst crisis in my 25 years of professional football"– that's including recessions and broadcasters going bankrupt.

He says the intention is to complete the season but it will likely be played out behind closed doors because they need to put the welfare of fans first.