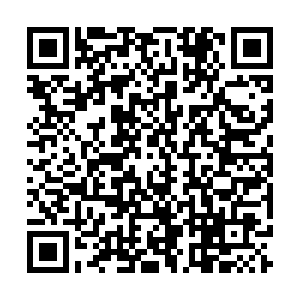 • The World Health Organization (WHO) has said it is unsure whether the presence of antibodies in the blood protects against COVID-19 reinfection, saying antibody tests "may not solve the problem."

• Healthcare staff in the UK have criticized the government after they were told to work without full-length surgical gowns, or even reuse single-use gowns to treat COVID-19 patients due to a shortage of PPE.

• Britain has launched a new coronavirus taskforce to support efforts to make a vaccine available to the public as quickly as possible, as UK hospital deaths soar by almost 900 to a total of 15,464 on Saturday.

• Prague Airport says it has thwarted several cyber attacks on its IT network in recent days. This comes as hospitals in Czechia reported attempted attacks on their computer systems on Friday.

• Russia's president, Vladimir Putin, has ordered the government to provide daily forecasts of the spread of the coronavirus, as Russia recorded almost 5,000 new cases in a single day.

• Spain's death toll from coronavirus rose by 565 on Saturday, down from a rise of 585 on Friday, the Health Ministry said, bringing the total to 20,043 deaths in one of the world's hardest hit countries.

• Coronavirus deaths in Italy rose by 575 on Friday, up from a 525 rise on the previous day, while new cases decline slightly but scientists warn infections are now mainly happening among family members.

• Britain's Queen Elizabeth II will cancel her 94th birthday plans, asking that there be no gun salutes to mark the occasion, for the first time in 68 years, because it would not be appropriate while the country battles the deadly coronavirus outbreak.

• The UK was too slow to react to the outbreak on many fronts and 40,000 people could die, a leading public health professor told lawmakers.

• Ireland plans to expand its coronavirus testing capacity to 100,000 tests per week over the next 10 days as it considers easing stay-at-home restrictions on May 5, Chief Medical Officer Tony Holohan said.

• Germany's confirmed coronavirus cases have risen by 3,609 to 137,439, data from the Robert Koch Institute (RKI) showed on Saturday, marking a fourth straight day of a spike in new infections.

• France's registered death toll from coronavirus infections nears 19,000, but most data indicates that the spread of the disease was slowing after a one-month-old national lockdown, officials said.

• Amazon has started using thermal cameras at warehouses to speed up screening for feverish workers who may be infected with the coronavirus, employees told Reuters. This comes after centers in France closed over the risk of contagion among workers.

• African leaders, the IMF and the World Bank have appealed for rapid international action to help African countries respond to the pandemic that will cause the continent's economy to shrink by 1.25 percent in 2020, the worst reading on record. 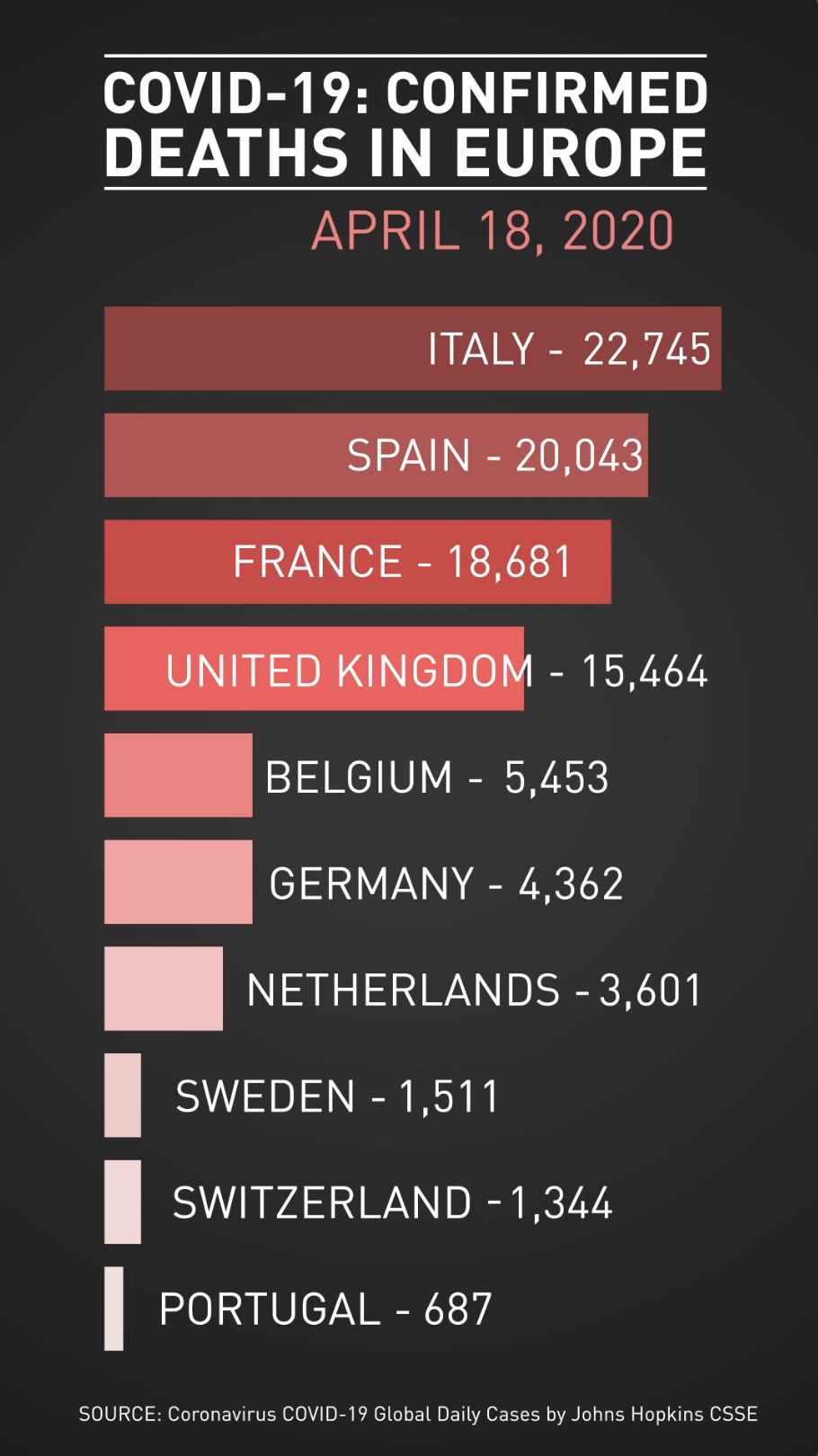 The government in Spain has changed the way it calculates the number of deaths and infections from COVID-19.

The move follows confusion between the country's different regions over the best way to record the numbers.

On Friday Spain's Health Ministry revised the number of total fatalities citing what they described as "a discrepancy" in the figures supplied by an unnamed region.

The central government says its coronavirus data gathering would now include people who have died in residential care homes, but only if they had previously tested positive for COVID-19.

Regions like Catalonia say they're now including figures provided by funeral homes as well as care homes, and are counting victims who've shown COVID-19 symptoms but haven't tested positive for the disease.

In the words of Madrid's vice president, "we'll never know the real number who've died during this tragedy." 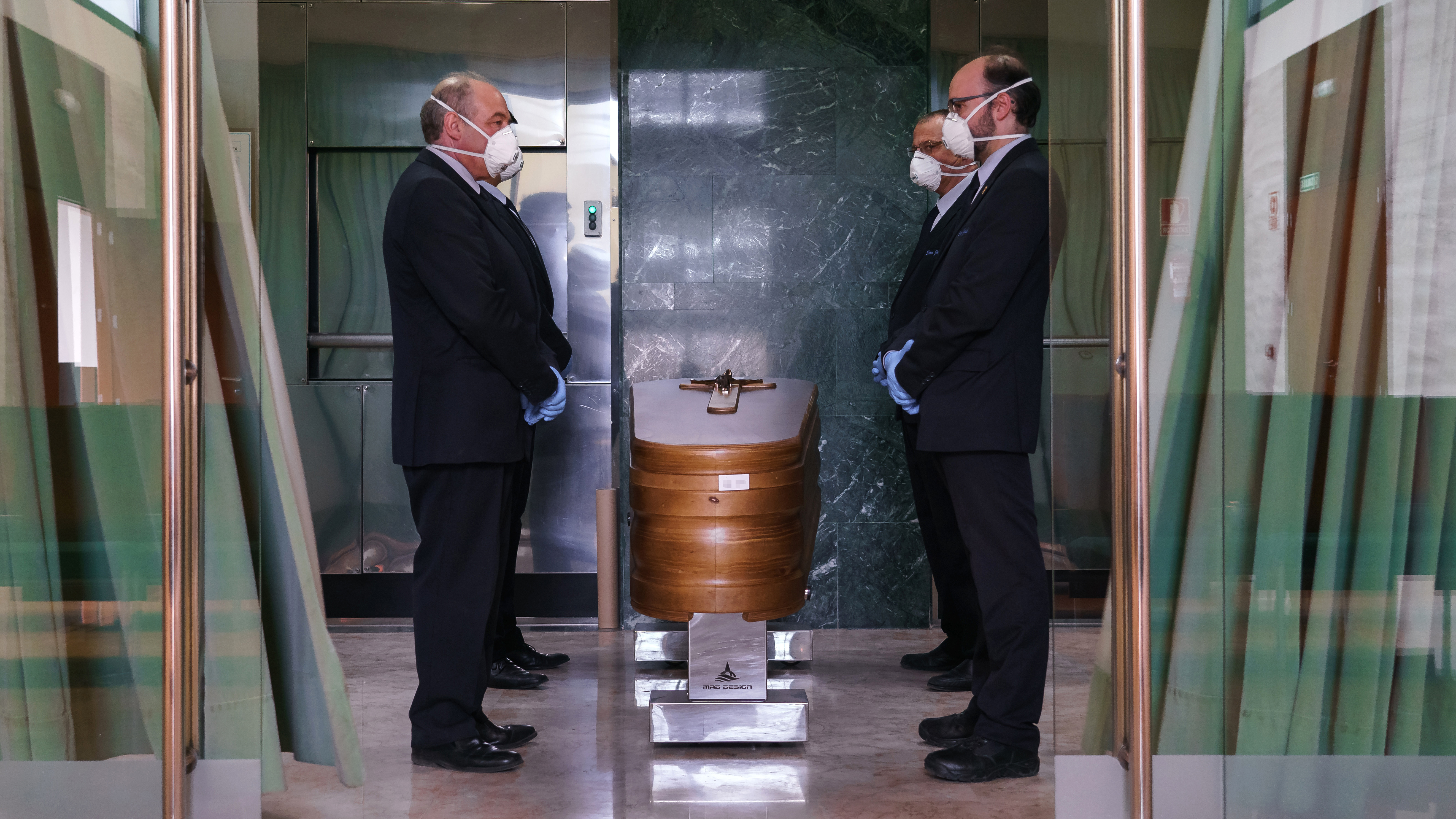 The number of deaths in Spain from the coronavirus has passed 20,000. Cesar Manso/AFP

The number of deaths in Spain from the coronavirus has passed 20,000. Cesar Manso/AFP

In a reversal of Public Health England policy, doctors and nurses in the UK are now being asked to work without full-length gowns or even reuse single-use equipment when treating coronavirus patients, as hospitals come within hours of running out of supplies.

The government might be ready to reverse current recommendations on the use of facemasks in public as the debate over their efficacy continues.

Downing Street has been criticized for its lack of clarity over the UK exit strategy from lockdown measures as uncertainties in modeling render long-term projections almost meaningless.

The government has promised "a vast national effort" to find a vaccine. Some university labs are making progress and there is talk of tests beginning in the next few months. Chief Government Scientific Advisor, Sir Patrick Vallance, is to head a taskforce of industry leaders and scientists that has been set up to coordinate promising schemes. 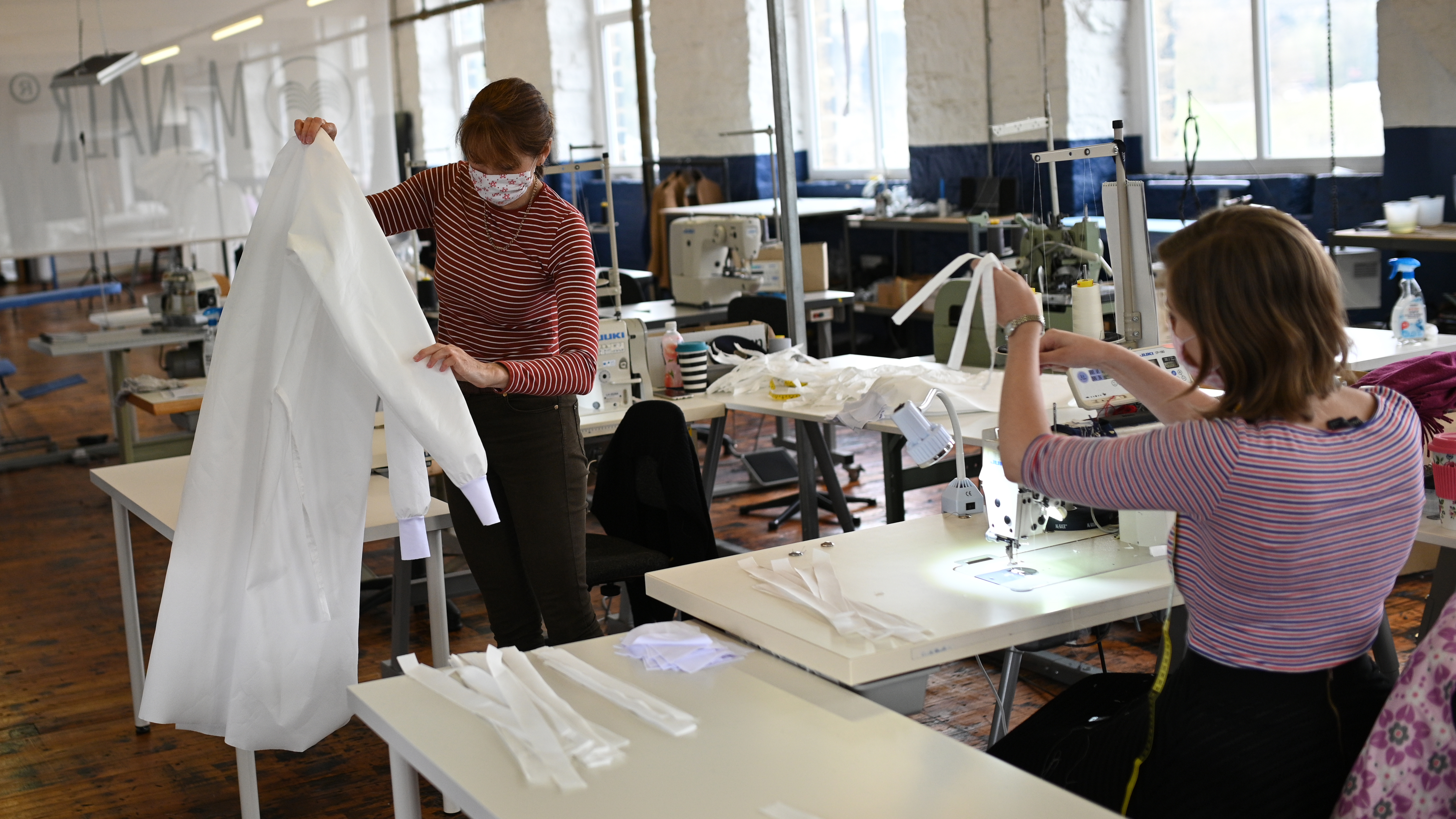 By Michal Bardavid in Istanbul

Istanbul is completely quiet this morning as the city enters a weekend lockdown for a second time.

The Turkish government has imposed a weekend lockdown on 31 provinces – which include the capital Ankara, as well as the most populated cities in the country.

More than 1,700 people have died form the virus and there are now over 78,000 confirmed cases in Turkey with about 60 percent of the cases here in Istanbul.

The city's Mayor Ekrem Imamoglu has been urging the government to impose a full lockdown in Istanbul for a longer period of time.

But so far, Turkish President Tayyip Erdogan has resisted; millions will return to work on Monday while those under 20 years old and over the age of 65 have been ordered to stay home during the week as well. 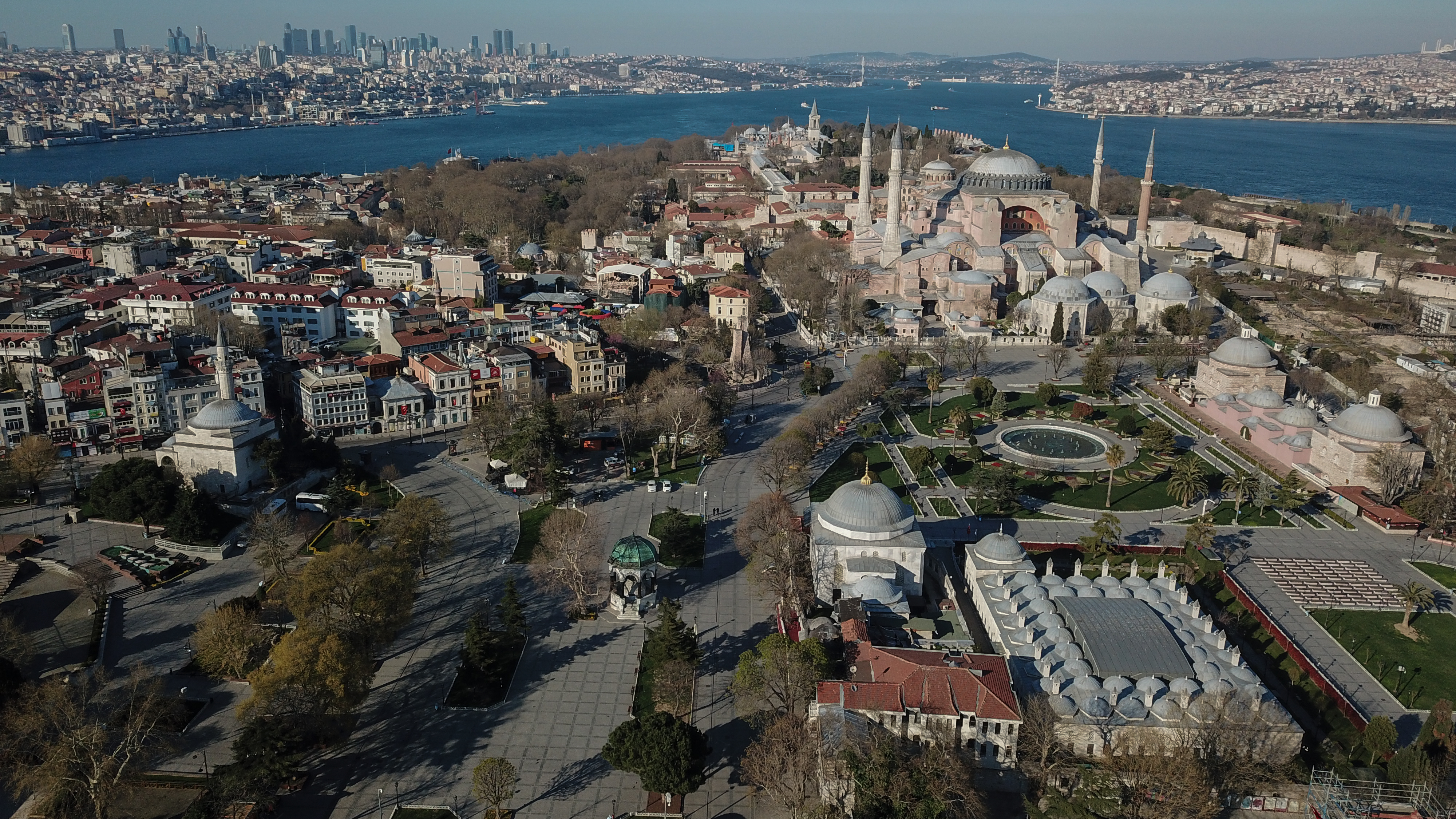