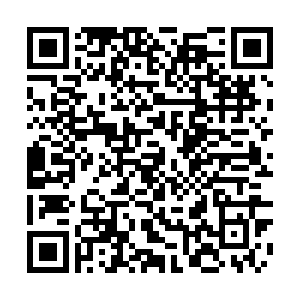 'Stay at home' is the simple lockdown order. But what if you're not safe in your own home?

The simple measure being urged on millions around the world can represent an immediate danger to those already suffering or at risk of domestic abuse.

It affects millions of women, children, and men worldwide, although domestic violence is difficult to accurately quantify as some victims are afraid to report it. The coronavirus pandemic, which has forced unprecedented changes to the normal structure of our societies, has only exacerbated this problem. 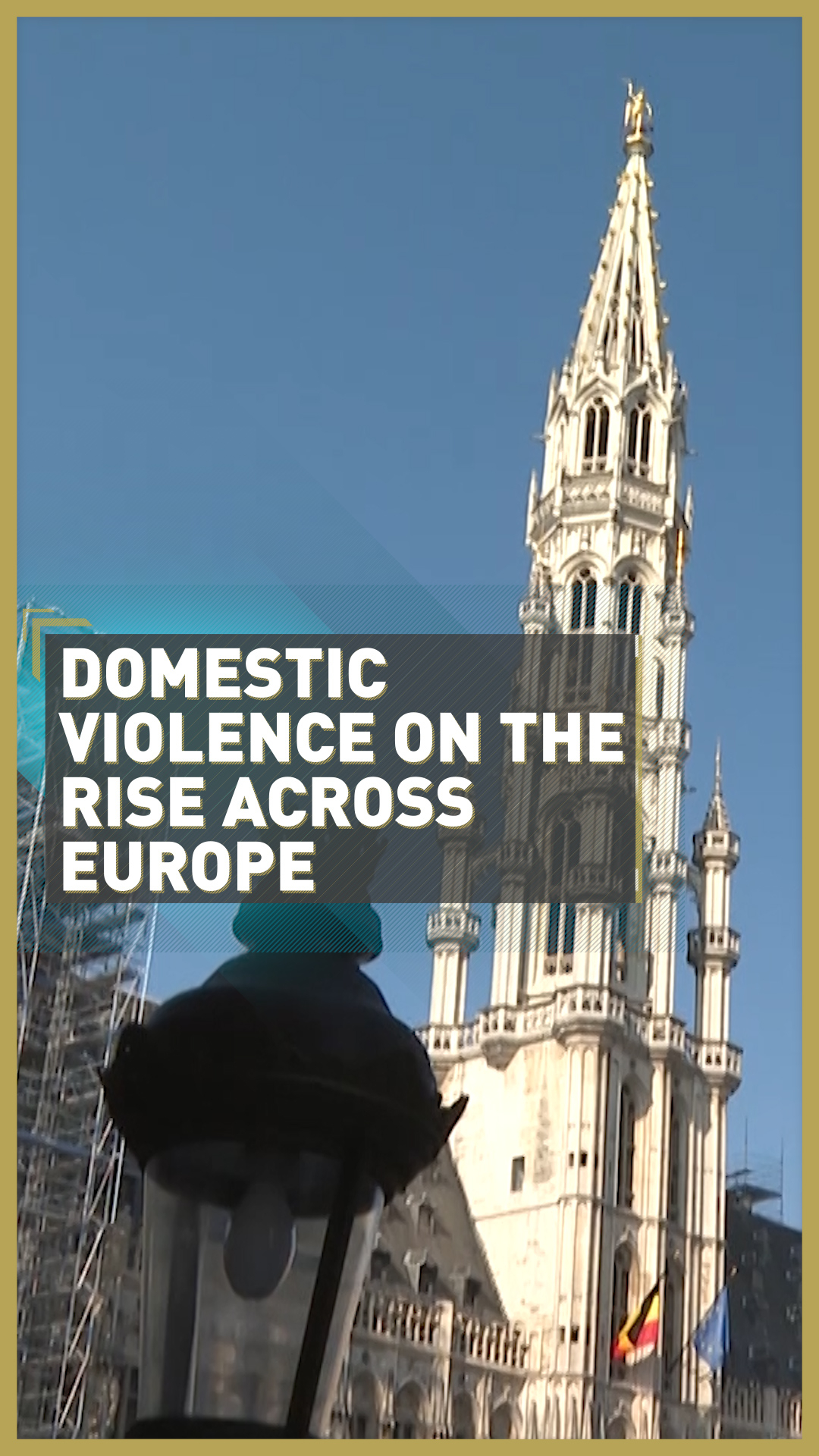 In Spain the government launched the initiative Mascarilla 19, which urges victims to discreetly ask for help at the pharmacy by ordering a "mask 19", a code word that initiates a call to the police. France and Italy has quickly adopted the codeword in their pharmacies too.

As some countries start relaxing the most severe measures, the painful reality is that some women and men will remain trapped, long after the lockdown is lifted.

Lockdown measures have left millions of domestic violence victims trapped indoors with their perpetrators, with limited access to the support systems they can normally rely on - whether a family member, a friend, or a specialized shelter.

The rise in domestic violence amidst lockdowns is a frightening phenomenon sweeping across Europe. In Italy, where lockdown measures have been quite strict, the national association that organizes women's shelters, donne in rete contro la violenza (D.i.Re), reported that between 2 March and 5 April they took 2,867 women into their centers.

The national domestic abuse helpline has recorded a 50 percent decrease in calls between 10 March and 25 March, a worrying number for domestic violence centers in the country, which now rely increasingly on Whatsapp as a more discreet way for victims to ask for help.

In France, the police reported that cases of domestic violence have risen more than 30 percent. Similarly in Spain the helpline for domestic abuse received 18 percent more calls in the first two weeks of lockdown compared to the same period a month earlier.

In the UK, the National Health Service reminds people at risk from domestic violence that the instruction to remain isolated at home doesn't count for those escaping abuse, and that helplines, police stations and refuges are still available. Refuge, UK's largest domestic abuse charity, reported a 25 percent increase in calls to its helpline in a 5-day period during the week beginning 30 March, a week after the UK government called for a nationwide lockdown.

In Belgium, CGTN correspondent Toni Waterman talked to Jean Louis Simoens, coordinator of the Collectif Contre Les Violences Familiales et l'Exclusion. He reports that since the stay-at-home order was issued in mid-March, calls to the domestic violence hotline "Écoute Violences Conjugugales" have tripled, and have become more urgent.

Women's shelters in Germany have also sounded the alarm, and rising numbers seeking refuge in shelters have been reported in Denmark.

"[These calls] are shorter, because they are what we call "stolen moments", for example on the way to the store, while the partner is outside for a walk, with the risk he could come back at any time," says Simoens. "We have a significant number of calls of this nature, with a lot of fear, panic."

The numbers of calls into the Dutch-speaking line have also jumped  70 percent since the lockdown began. Simoens' organization offers an anonymous service, but the organization has been forced to intervene in a number of cases.

Domestic violence-related killings have also been reported in the UK, France, Spain and Italy since the beginning of the lockdowns. United Nations Secretary General António Guterres called for urgent action from governments worldwide to protect domestic violence victims, tweeting on Sunday 5 April: "I urge all governments to put women's safety first as they respond to the pandemic.” 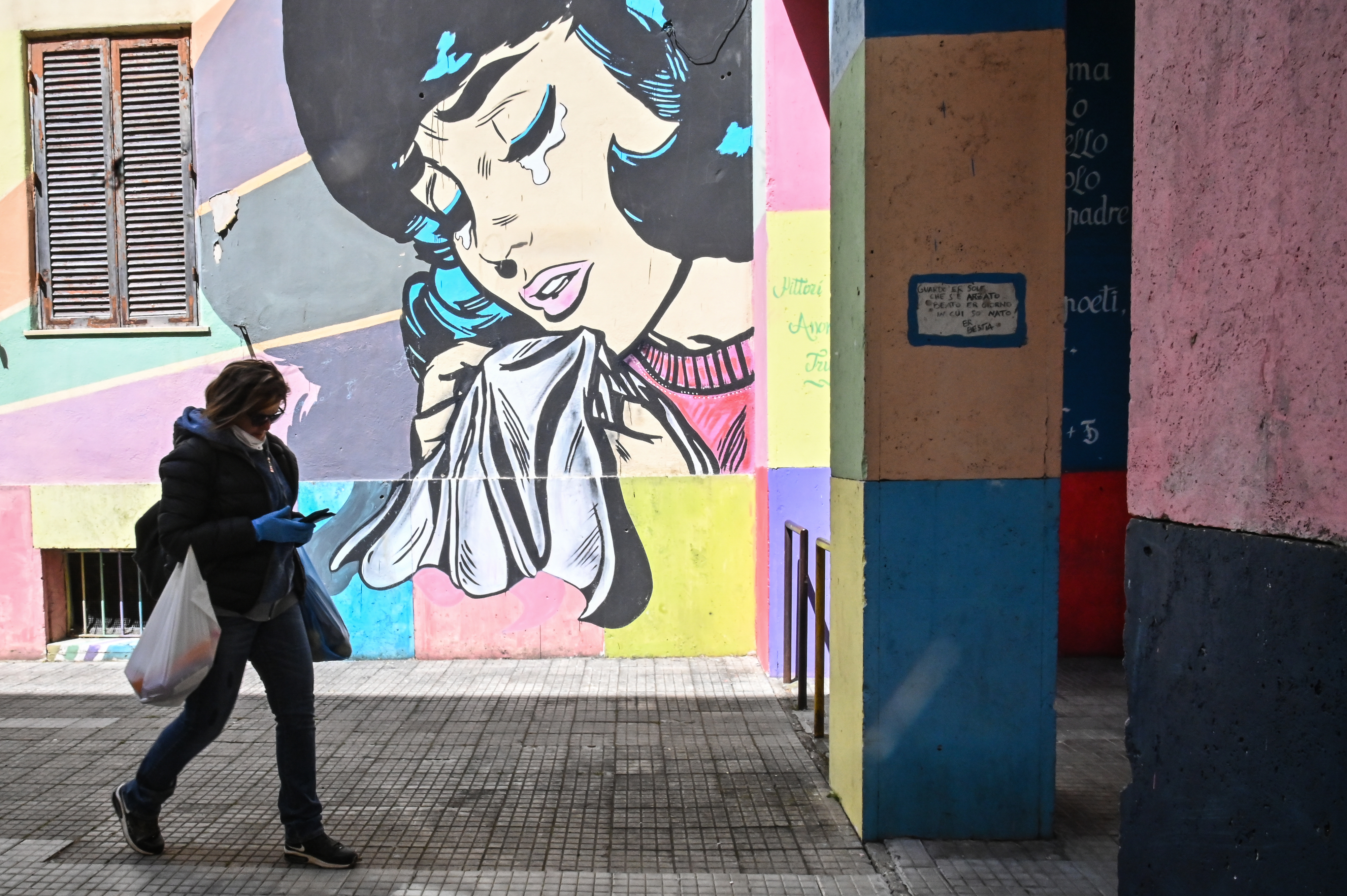 Several domestic violence related killings have occurred in Italy since the start of the lockdown, including the the death of a 27-year-old woman who was about to qualify as doctor. Credits: AP Photo/Andrew MedichiniAndreas SOLARO / AFP

Several domestic violence related killings have occurred in Italy since the start of the lockdown, including the the death of a 27-year-old woman who was about to qualify as doctor. Credits: AP Photo/Andrew MedichiniAndreas SOLARO / AFP

The reasons for the escalation in domestic abuse are at once obvious but also extremely complex. Confinement cuts victims off from their social networks, which in normal times can intervene on their behalf. With fewer eyes watching perpetrators can feel empowered to abuse their victims with no fear of consequences.

Many violent partners use children to exercise pressure, and the economic instability and uncertainty induced by the pandemic also plays a role in making victims more vulnerable.

"Women are more concentrated in the lower salary categories which makes them in unemployment much more vulnerable so they may not have the financial means to leave a violent partner with the children," said  Irene Zeilinger, the Executive Director, Garance, a Belgian not-for-profit which focuses on violence prevention.

It's not just women who suffer at the hands of abusive partners. Simoens said men accounted for 6 percent of calls to the domestic violence helpline in Belgium last year.

Figures from the Office for National Statistics show that in the UK 786,000 men across England and Wales were victims of domestic violence in the year ending March 2019.  But experts believe the true extent of  the problem is likely to be underreported.

"The problem for male victims is in particular that awareness campaigns and communication tools are aimed at women. It is therefore complicated for a man to feel concerned since they are not the targets of campaigns," said Simoens.