Thousands of community support groups have mobilized across the UK to help the vulnerable and those struggling under the coronavirus lockdown measures.

Since the introduction of stringent quarantine measures across the country on 23 March to control the spread of the virus, volunteers have signed up in their local towns and cities to offer their time and help to neighbors.

These locally-organized volunteer groups have stepped in to fill demand in local communities after the UK government scheme for an 'NHS volunteer army' was reportedly criticized by social services directors.

On 16 April, the BBC reported that a leaked letter written on Saturday by the Association of Directors of Adult Social Services (Adass) to a senior official at the Department of Health and Social Care, revealed the charity that supports local authorities, was critical of the way volunteers were recruited by the central government.

They said the national scheme "diverted 750,000 volunteers away from supporting local communities and left them with nothing to do for the first three weeks," and claimed it was "shameful that this was not done in collaboration with local government."

The UK government scheme, which initially called for 250,000 volunteers to help the 2.5 million people considered 'at risk' and ease pressure on the health service, received more than 750,000 sign ups, many of whom are still waiting to be processed and given tasks.

But in just three weeks, community-based volunteer groups have mobilized, organized, and are now supporting locals who are most in need.

"I've been amazed just how quickly people have come out of the woodwork, who suddenly thought, 'you know what - I want to give my time to this community'," Phil Williams, a local volunteer in Nailsea, near Bristol in South West England, told CGTN Europe.

"It's been so heartening hearing the stories, seeing the smiles on faces when they get their prescription delivered, or their groceries. Just to see the difference we are making, is what makes it all worthwhile," Williams added.

Nailsea, which has a population of around 20,000 people, a quarter of which are aged 70 or above, is one of many British towns struggling with the lockdown as traditional support services are stretched to breaking point.

Within days of the lockdown, unprecedented demand coupled with little extra funding, meant volunteers were desperately needed to make up for gaps in essential services. 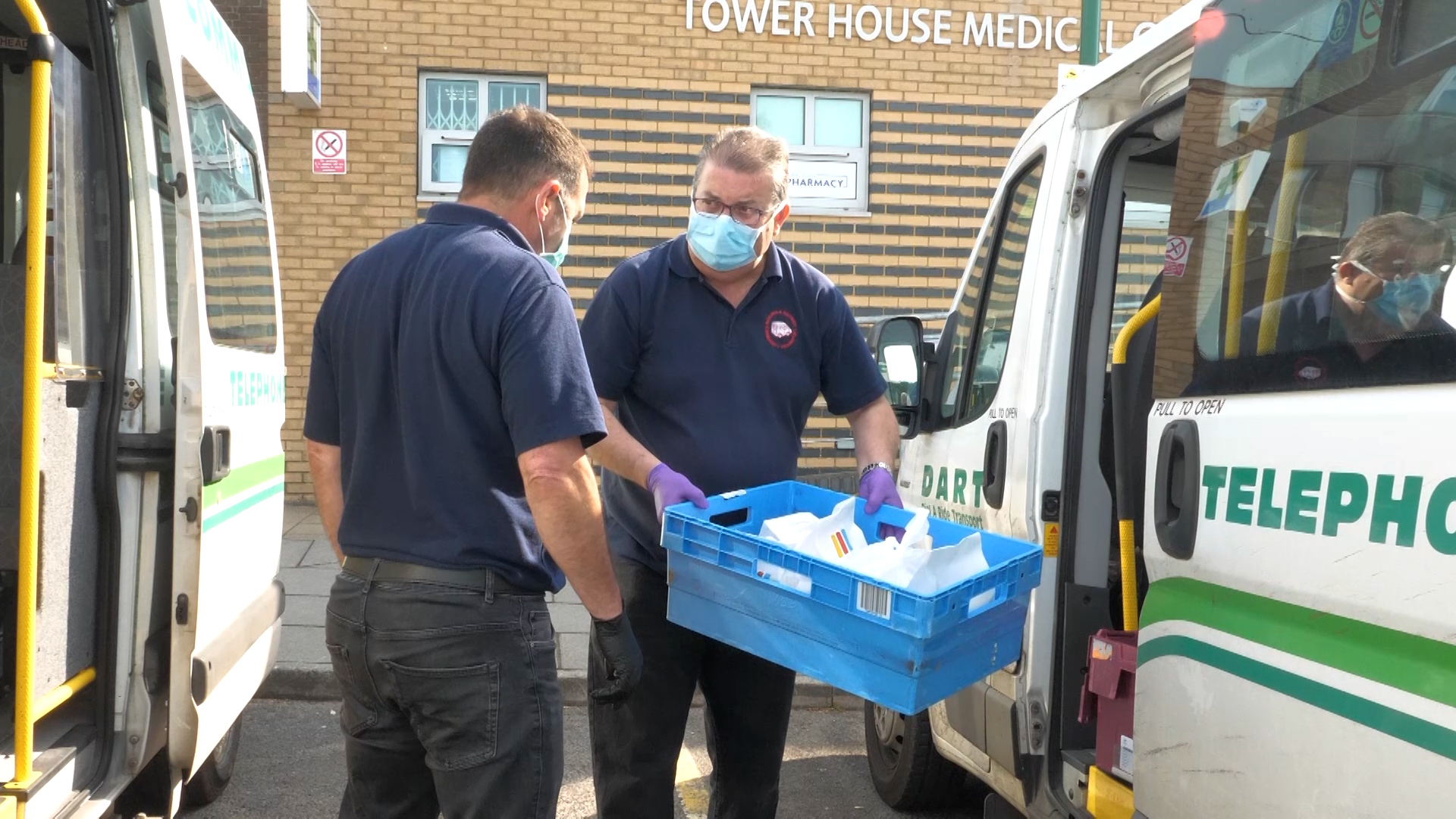 One of these services is pharmacy deliveries, which is already operating at full capacity and urgently needed to get medicines to those self-isolating. Now, volunteers are making hundreds of deliveries each week, and for those who rely on this service, in some cases it's the difference between life and death.

Patricia Clarke and her husband have been isolating since the outbreak began. Their daughter, who lives nearby, is recovering after a suspected case of coronavirus, so for them it's the kindness of strangers that's keeping them going.

"Usually, people nowadays don't know who lives next door to one another half the time," Clarke told CGTN Europe. "So it's really lovely, everyone speaks as they're going by, they all wave. It's nice, it's really nice."

Food and grocery deliveries have also been taken up by volunteers. A pop-up foodbank being run by the group has already gathered and distributed almost a tonne of goods.

Local shops and restaurants forced to close down due to COVID-19, initially donated food that would otherwise have gone to waste. Since then, local people and businesses have also donated to the community foodbank.

Joe James who normally manages a local coffee shop, now uses his free time, and expertise, to manage the food bank instead.

"I'll put out on Facebook that we need flour, and the next day turns up 10 bags of flour, it's been really good. People are caring and getting the right products for the right people and a lot of people are donating things that you wouldn't even think of," James told CGTN Europe.

"It's going up and up every day – we think we're running low so we put something on social media and the next day it comes in and in and in," he added.

With no clear end in sight to the current movement restrictions, this volunteer organisation, like thousands of others around the country, has pledged to go on for as long as they are needed.