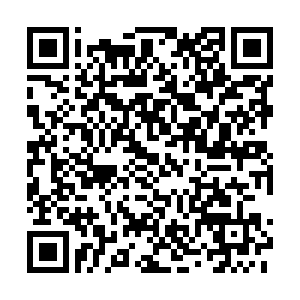 • Belgium has the highest death rate from COVID-19 in the European Union, at an average of around 419 per one million inhabitants. EU officials insist it is because they have been completely transparent with the data.

• The boss of a NHS trust has contacted the BBC to get phone numbers for Burberry and Barbour to ask for supplies for medics because his hospital has "less than 24 hours supply."

• Swiss Pharmaceutical company, Roche, says it has developed an antibody test that it hopes to roll out in May. The test, named Elecsys Anti-SARS-CoV-2 immunoassay, detects people previously infected with COVID-19, even without displaying symptoms.

• Facebook will start sending tailor-made warnings to users about the coronavirus pandemic after the world's leading platform was accused of tolerating the spread of conspiracy theories.

• 50,000 NHS workers have been tested according to the UK government and Health minister Matt Hancock says 7.1% of absences in the NHS are COVID-related.

• Norway launches a smartphone tracking app, known as the Smittestop or "stop infection" which provides health authorities with information on the spread of COVID-19 and tells users if they have been in contact with carriers.

• US President Donald Trump unveils new guidelines to governors about slowly opening up state economies in three stages. Thursday's death toll was 4,591, which is almost double the previous record.

• Sofia, Bulgaria's capital, is sealed as people ignore restrictions ahead of the Orthodox Easter holiday.

• Police are deployed across Greece to prevent people heading to holiday homes and churches.

• Google reports 18 million hoax e-mails about COVID-19 are being sent to Gmail users each day.

• European automobile sales fell by 55 percent in March as lockdown measures went into effect in most countries, said the industry's trade association.

• Turkey has the highest number of newly confirmed COVID-19 cases, with 4,801 cases confirmed in the last 24 hours, according to figures from the Turkish Health Ministry.

• Updated reporting and deaths from outside hospitals being counted shows a 50% rise of confirmed deaths in Wuhan, China, an increase of 1,290 to 3,869.

•  Half of the 2,300 sailors who were aboard France's aircraft carrier when a coronavirus outbreak occurred at sea have tested positive.

• The UK has reported 847 more virus-related deaths in hospitals. The UK has been warned by Anthony Costello that it will "face further waves" of infections and face up to "40,000 deaths." 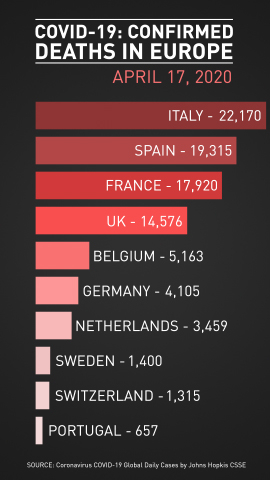 Britain was offered "light at the end of the tunnel" as the Foreign Secretary, Dominic Raab announced a further three weeks of enforced social distancing until five conditions are met.

Those are - a safer NHS, a consistent fall in death rates, lower infection rates, better testing, more PPE and reduced risk of a second peak.

Only then would there be some sort of lifting of restrictions, but it still isn't clear what form that would take and when it would come. The UK has the date of May 7th to aim for, but back in March the prime minister talked about a possible 12 weeks.

According to the government's medical experts, infection rates are down, and hospital admissions are starting to level off, but nothing concrete enough to form the basis of an exit plan.

While indicating June as a more likely target, Raab told a Downing Street news conference, "It could mean relaxing measures in some areas, while strengthening measures in other areas." 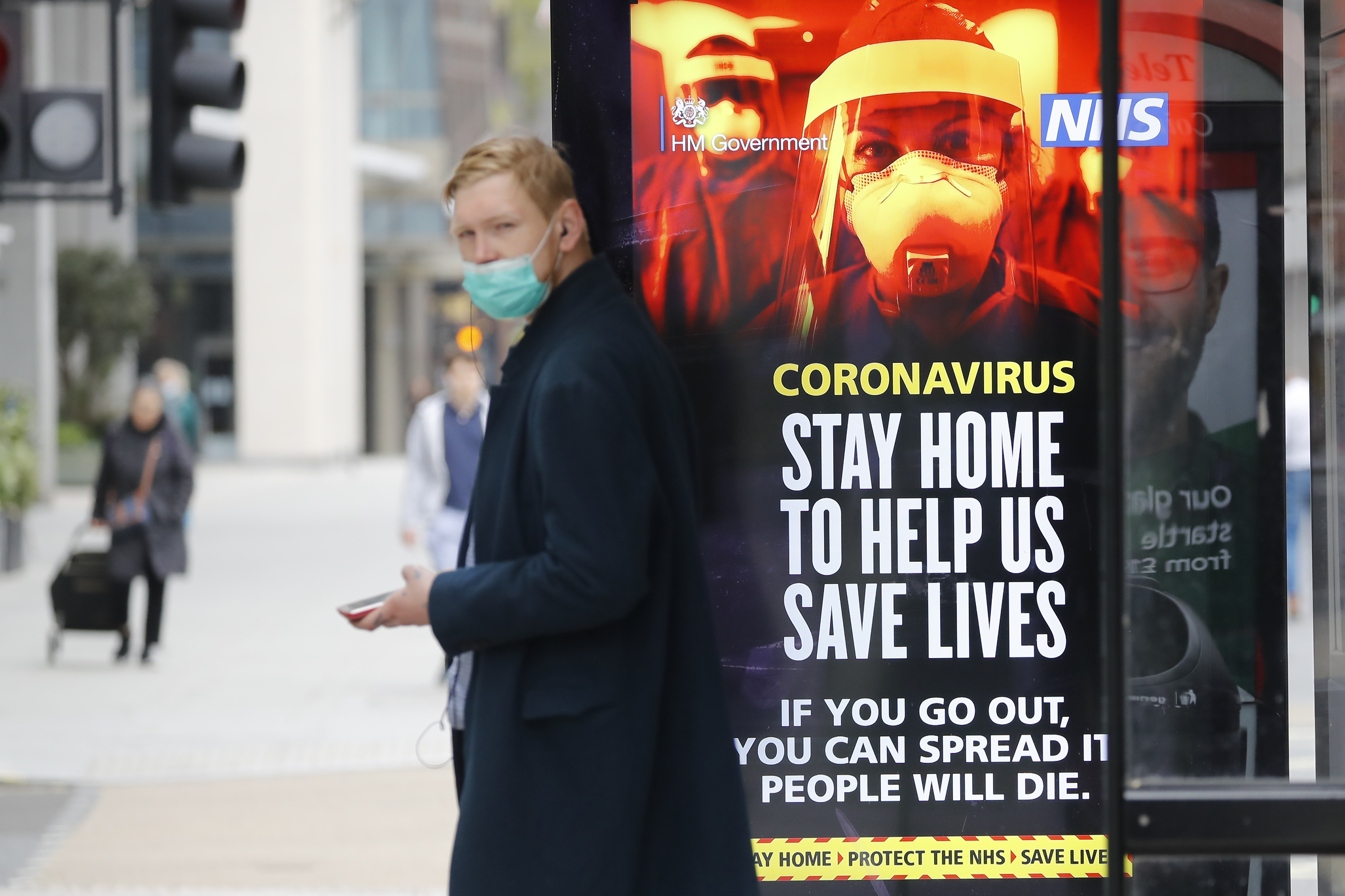 Hungary will help businesses to survive the economic fallout from COVID-19, but changes in the economy will force a rethinking of what works, prime minister Viktor Orban said on Friday.

"Businesses need to see what activity will have a place, how they can make a profit after the crisis, and what will be the parts of their businesses that will lose its market and its orders once and for all.

"It's better to face that than to kid ourselves to think the government will help us sustain everything and all will be as before the pandemic. No: everyone must adapt."

He said the government will focus on where the economic effects of the pandemic are the gravest, such as tourism, which had produced around 10% of the country's economic output and employed 400,000 of its 10 million citizens.

"Tourism has been shot through the lungs," Orban said. "That industry has just died. We expect a little more of everyone than to just make it through."

"We expect them to think about their personal future and seek the path to happiness," he said, mentioning the retraining programmes that the government has put in place.

Health minister Jens Spahn said Germany's coronavirus has become 'manageable' and that the emergency measures to shut down public life in March had been successful. Germany plans to reopen small shops and some students will be able to return to schools, starting next week.

Spahn also said a voluntary contract tracing app will be ready in three or four weeks.

Germany's Robert Koch Institute says the virus' reproduction rate in Germany has fallen to 0.7. That means each infected person on average transmits the virus to less than one other person, resulting in the number of new infections decreasing.

European MPs are expected to adopt a number of measures to counter the social and economic fallout from the coronavirus pandemic on Friday. This includes mobilizing more than $3 billion from the current budget to support healthcare systems, a scheme to aid fishermen and additional funds for the European Centre for Disease Prevention and Control.

One thing not included, which a number of MEPs are calling for, is a plan to issue common debt. In an interview with the Financial Times, French President Emmanuel Macron, said there was "no choice" but to create a fund to share debt across the bloc.

This remains a hot topic which Brussels is increasingly trying to avoid. The focus for recovery has now turned to the next long-term budget. 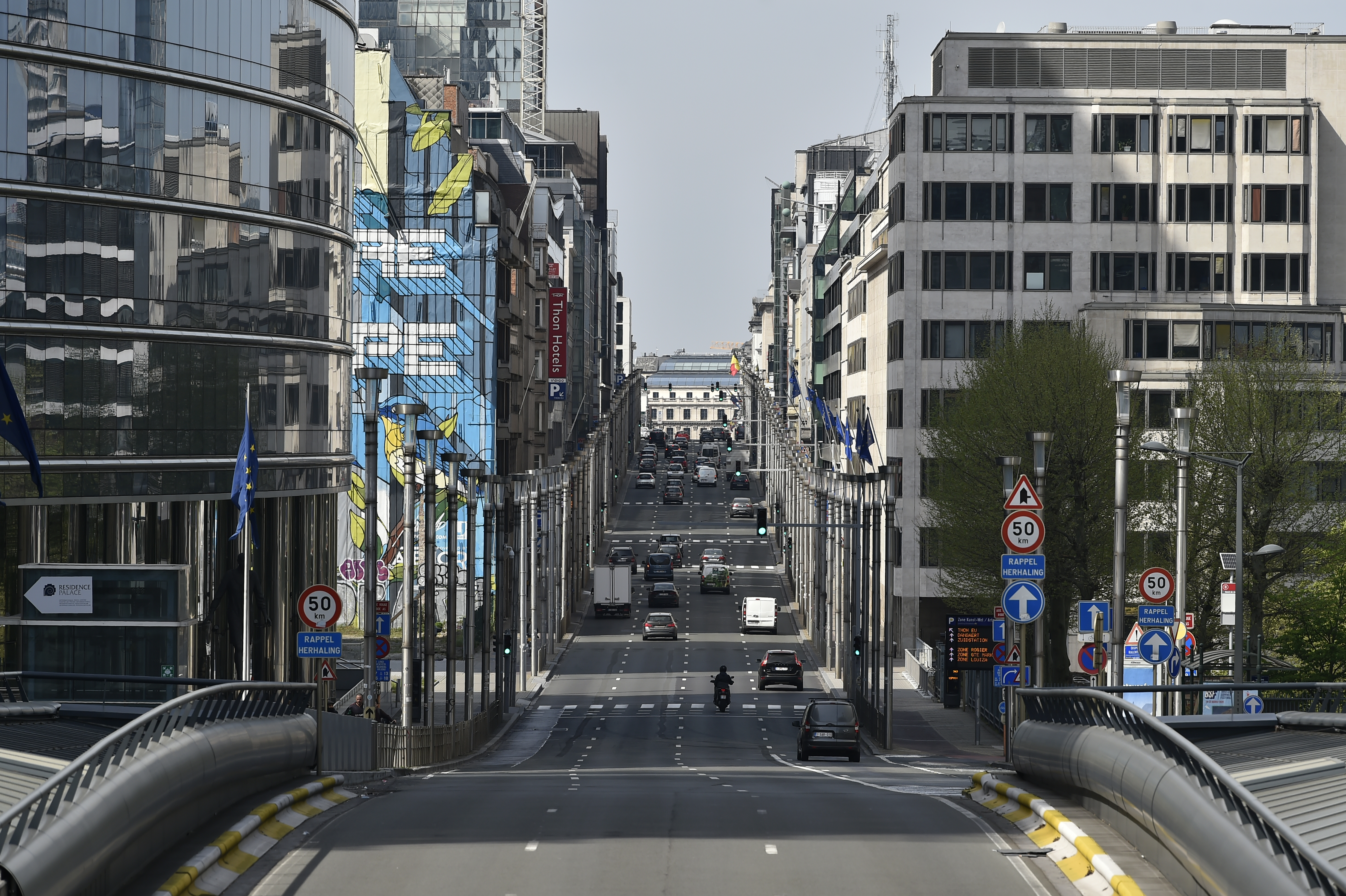 A 19-year-old man is due in court next month, after receiving his 14th police fine for violating lockdown measures. In the latest infraction, police caught the man, whose identity is being withheld, hanging out on the steps of a friend's apartment. The friend was also fined for a second time.

Confinement measures in Belgium only allow people to leave their homes for essential reasons and no public gatherings are allowed. Police have issued 16,000 fines since the lockdown began five weeks ago, totalling close to $1 million.

Earlier this week, Belgium extended its lockdown period for a second time, to the 3rd of May. 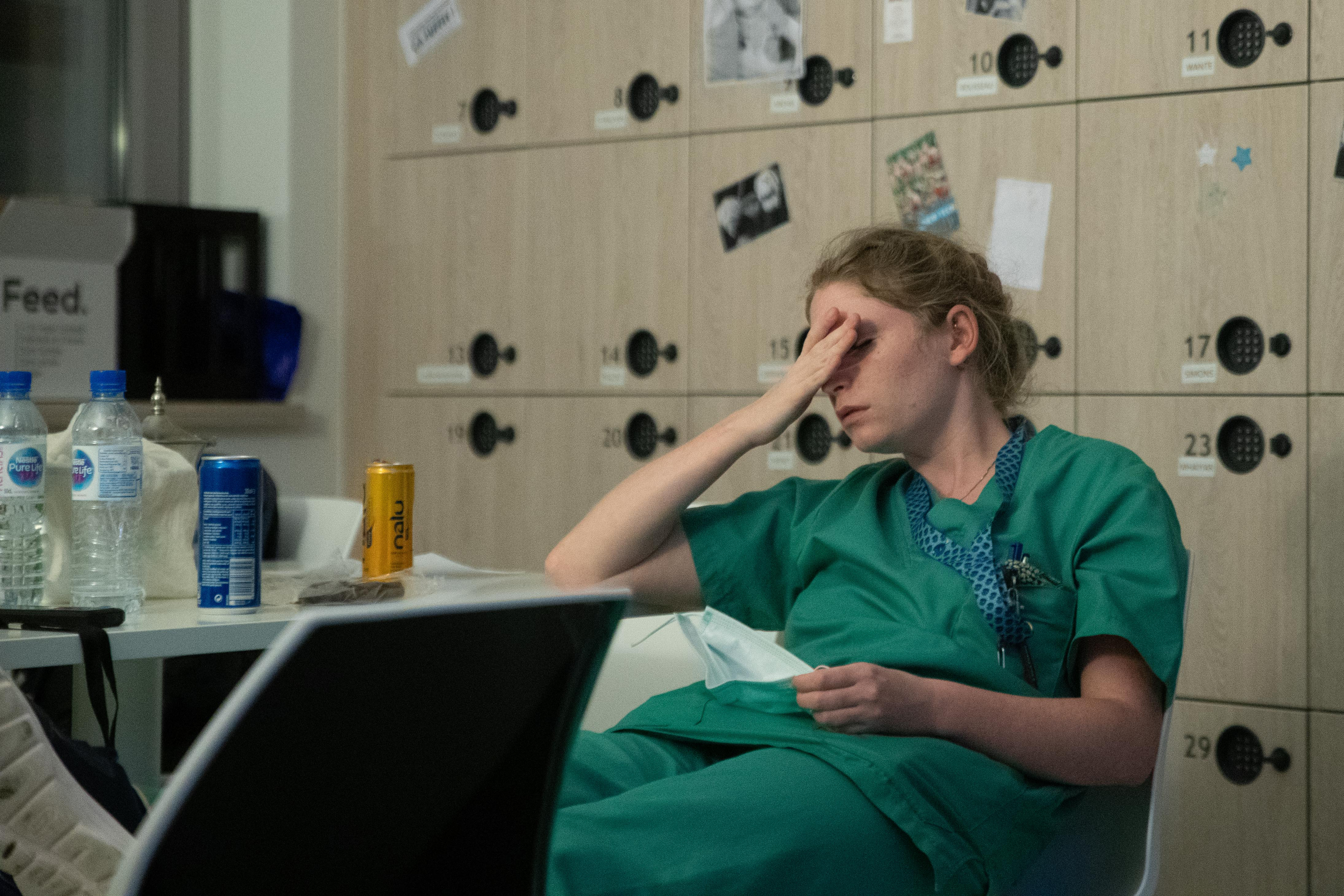 The issue of what affect the coronavirus lockdown is having on children has been an increasingly big talking point in Spain.

Speaking on Thursday the health minister Salvador Illa said, "We are aware that the confinement is affecting their health, but we are following the progress of the epidemic so that they can get out on the street when it is possible in an ordered manner."

The Spanish Obesity Society says children will gain on average about 5 percent of their body weight in lockdown due to lack of exercise and an increased risk of unhealthy eating.

Some of the country's regional leaders have called for a relaxation of the rules when the current state of alarm ends on 26 April. 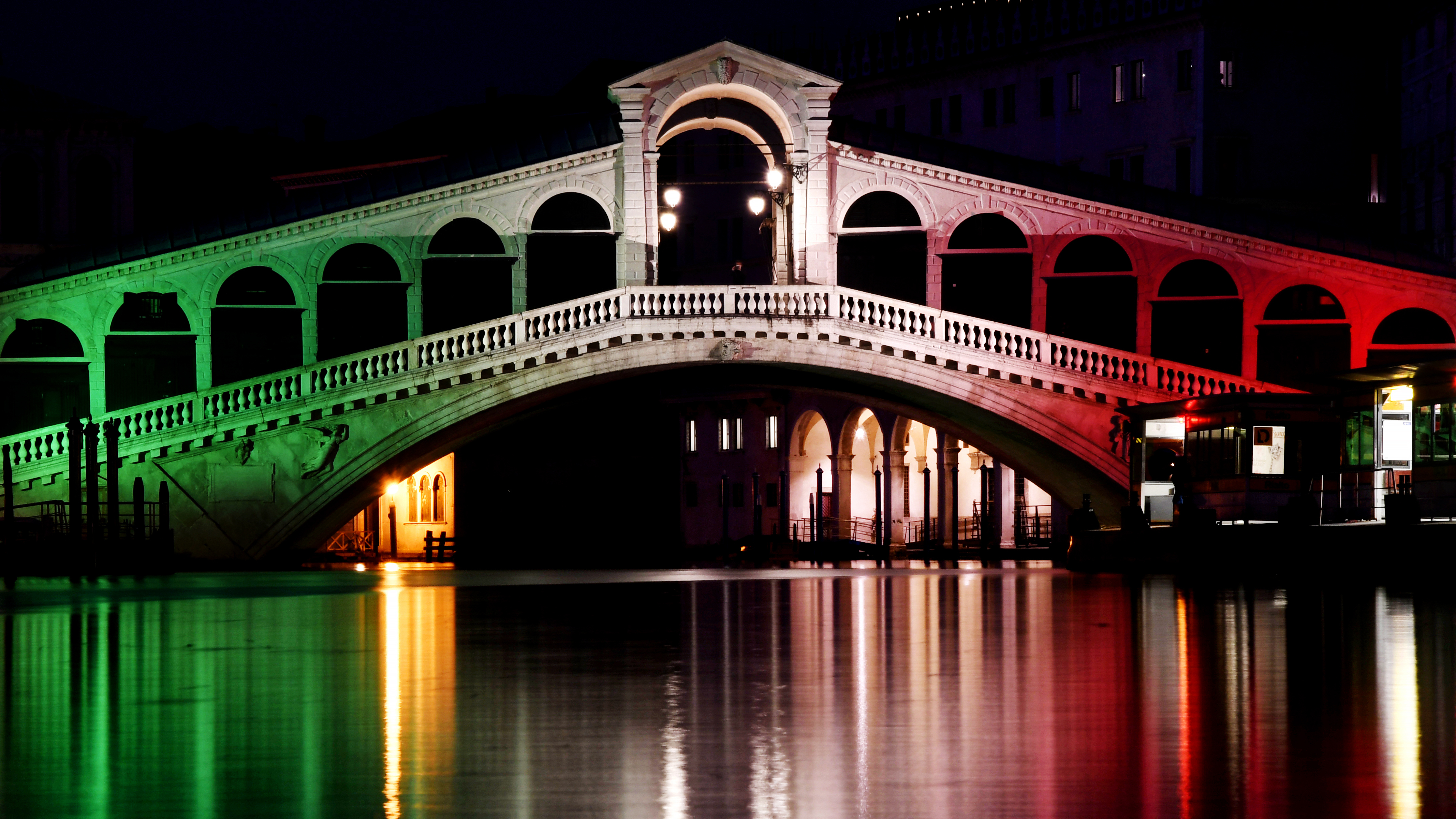 Wuhan COVID-19 data revision is in response to social concerns