• UK ministers  have approved a three-week extension to the national lockdown, as the country is believed to be approaching the peaking of the outbreak.

• Germany, on the other hand, is taking steps towards lifting the lockdown. Smaller shops (including car and bicycle retailers and bookstores) will start reopening next week, and schools will start partially reopening from 4 May,  with priority given to final year students.

• Three fast food chains (Burger King, KFC, and Pret) have announced partial re-openings in the UK for delivery only. All three companies are donating or offering discounts on meals to NHS staff and frontline workers.

• The French armed forces tested 1,767 marines, nearly all on board of the Charles de Gaulle Carrier, and found that 668 sailors were positive to COVID-19.

• The European Parliament is holding an extraordinary session on 16 and 17 April to decide on coordinated action to fight the pandemic and its consequences on the continent.

• Lombardy, the Italian region worst hit by the COVID-19 outbreak, is pressuring the Italian government to reopen all business activities on 4 May.

• EU Commission President Ursula von der Leyen apologized to Italy on behalf of Europe for failing to help the country at the beginning of the outbreak. "It is true that no one was really ready for this. It is also true that too many were not there on time when Italy needed a helping hand at the very beginning," she said speaking to the European Parliament.

• The G20 has agreed to suspend debt repayments for 77 of the world's poorest nations, as advocated by the IMF and World Bank.

• The U.S. government will announce today new reopening guidelines for states, after President Trump said that the country had passed the peak of new cases.

• More than 21 million Americans have lost their job since mid-March and 5.25 million filed jobless claims in the week to 11 April, the worst economic crisis the U.S. has faced since the Great Depression.

• New cases have dropped in Australia suggesting that containment measures have been successful, but the Australian government will extend the lockdown for four more weeks.

•  Singapore had a record increase in new infections on Wednesday evening among migrant workers, who work in overcrowded households.

• Six major Indian cities, including Delhi and Mumbai, have been identified as 'red zones', a code used by the Indian government to indicate infection hotspots. 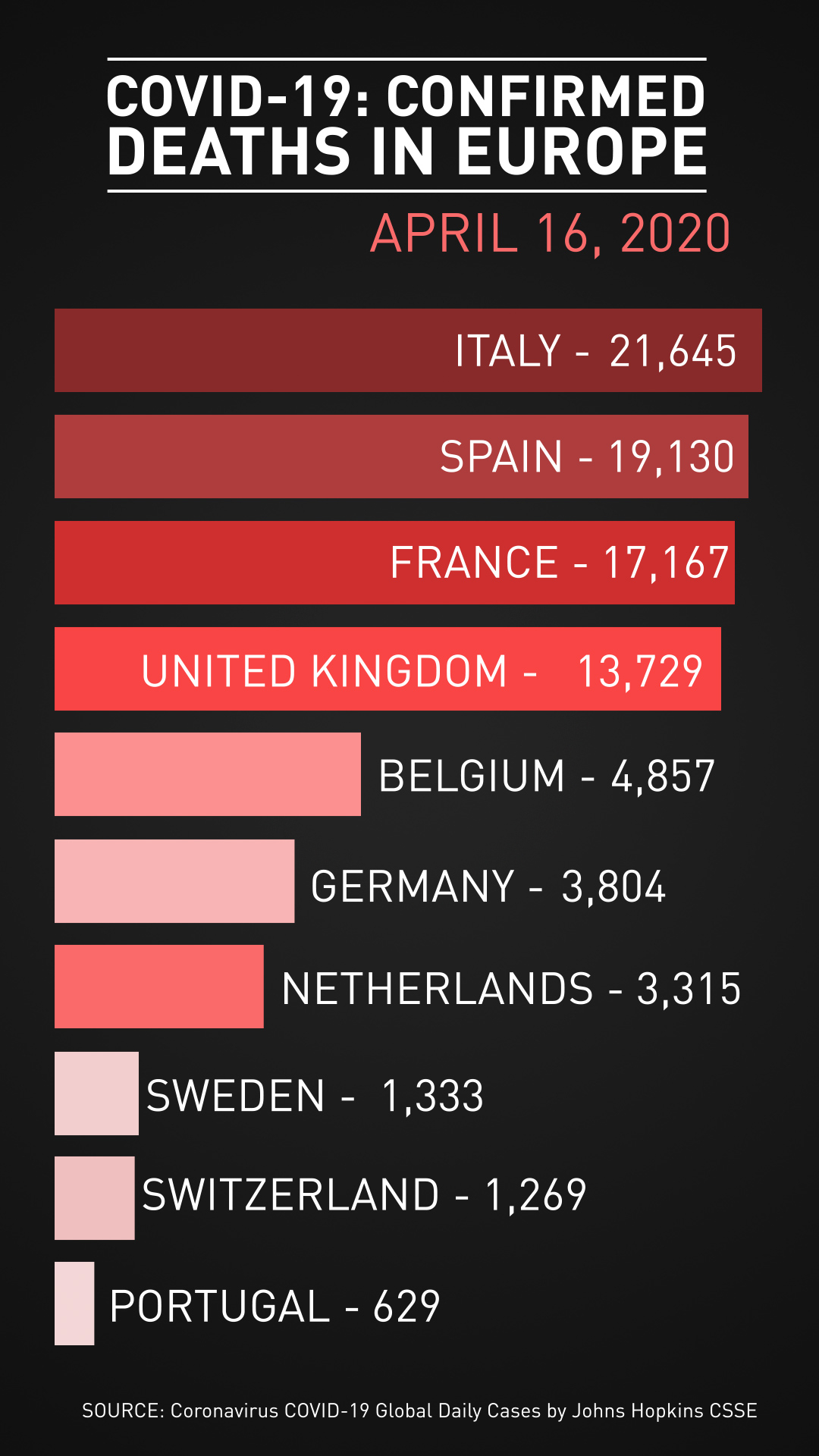 UK Foreign Minister Dominic Raab has announced that the current lockdown measures will continue for another three weeks.

Mr Raab, who is standing in for Prime Minister Boris Johnson as he recovers from COVID-19  made the widely-expected announcement at the government's daily briefing on the coronavirus crisis.

Despite that, expect to hear a lot more about an "exit" strategy in the coming days as well as the growing concern about the economic devastation that the lockdown is producing.

Like many countries battling COVID-19, the UK faces a tough trade-off: more damage to the economy and livelihoods, or saving lives. So far, saving lives is taking priority.

668 French sailors, crew members either on board France's sole aircraft carrier or other ships in the same battle group, have tested positive for COVID-19. It comes after the outbreak was confirmed at sea and the ships have now returned to port. Thirty-one sailors are now being treated in hospital, according to the French ministry of defence.

Last week, testing equipment was flown out to the Charles-de-Gaulle aircraft carrier after some crew members showed coronavirus symptoms. The carrier, which had helicopters and fighter jets on board, was accompanied by two frigates and a total of 1,767 sailors from the battle group have been tested for the virus. All the sailors on-board the carrier and the other warships have now gone into isolation for two weeks. The dynamics of how the virus got on board are still unclear, but the carrier did make a stopover at the port of Brest in Brittany in mid-March. 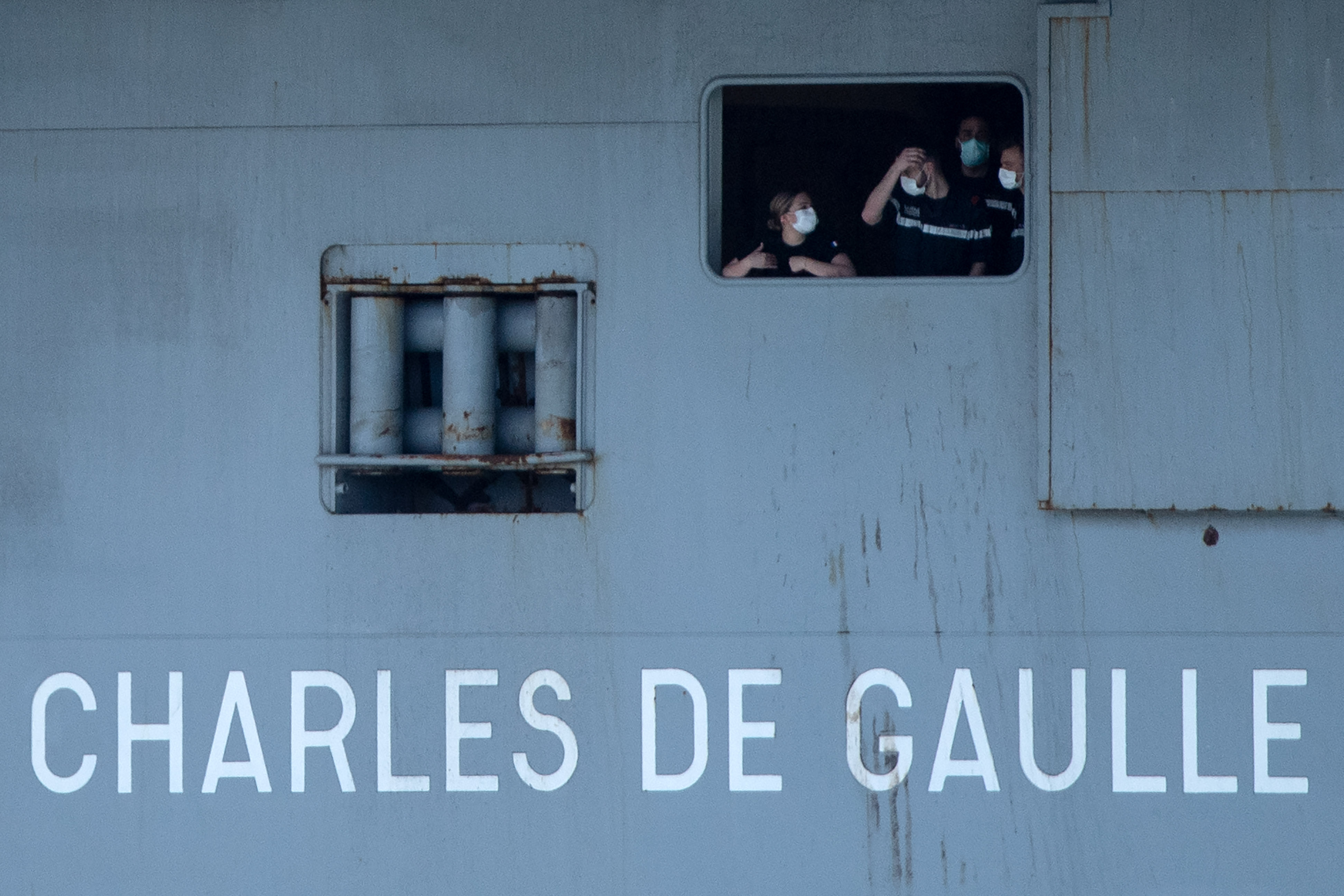 French sailors wearing face masks aboard the Charles De Gaulle carrier, where there was an outbreak of COVID-19. Credits: Christophe SIMON / AFP

French sailors wearing face masks aboard the Charles De Gaulle carrier, where there was an outbreak of COVID-19. Credits: Christophe SIMON / AFP

By Guy Henderson in Berlin

The number of infections in Germany increased slightly on Thursday morning, according to the Robert Koch Institute. This may be down to a lag-time after the Easter holidays, when fewer tests were being conducted.

The first easing of restrictions was announced by the German government on Wednesday. That includes some school classes re-starting from 4 May, with more students gradually returning after that date. There are regional variations to this, with Bavaria – for example – keeping its schools closed until further notice. Kindergartens – or pre-schools – will remain close nationwide.

Shops less than 800 square meters in size will be allowed to open their doors for business again, as will hair salons - as long as distancing and hygiene regulations are followed. Bars, restaurants, day care centres and cinemas will remain closed. The ban on large events has been extended until 31 August, an early sign of how long it might take for many aspects of daily life to return to some semblance of normality.

Germany has more than 134,753 cases of the coronavirus as of 9am CET on Thursday 16th April, according to Johns Hopkins University. That high number – relative to other European countries that are also beginning to, for example, send children back to school like Denmark and Norway – means health authorities see a need to move more gradually.

A study released last weekend rated Germany the second safest country in the world to be in during this pandemic, behind only the Republic of Korea. Authorities want to keep it that way – while containing the economic and social impact of restrictions as much as they can.

Spanish Prime minister Pedro Sanchez says he will push for an increase in testing for COVID-19, in an effort to build on the decline in the daily death toll.

"Spain is already one of the countries making the most daily tests. More than 20,000 and we are increasing the number," Sanchez told parliament on Wednesday, two days after the country eased lockdown restrictions, allowing some non essential businesses to resume work.

Health officials say testing has to be widened to find carriers who may have mild or no symptoms.  Only then it would be safe to completely lift the country-wide lockdown in place since March 14.

Eleven Iranian students have been ordered to leave Hungary on Thursday following a clash with the government over an apparent breach of quarantine rules.

The government says the students - some of whom were among the first infected with coronavirus in Hungary - broke quarantine regulations at a hospital in Budapest. Spokesman for the coronavirus taskforce, Róbert Kiss, said eight of the students will leave voluntarily while three will be accompanied by law enforcement officials. A further three will leave the country at a later date.

Non-governmental watchdog organisation, the Hungarian Helsinki Committee, represented one of the students in her fight against deportation. In a statement, the organization said that the 33-year-old student fears returning to her home country Iran, one of the worst-affected countries by COVID-19.

"Based on clear lies and a completely false narrative, our client and her twelve classmates are to be expelled from Hungary and the European Union," the NGO said. The woman had been hospitalised in March after coming into contact with an infected person.

Police say she broke quarantine rules by leaving her hospital room, behaving aggressively and refusing to return to her room despite repeated requests by the hospital staff.

Switzerland is expected to announce an exit plan from the lockdown, with the government due to unveil three stages of gradual reopening of business and institutions.

Local media report that under the Health Minister's plan businesses providing personal services - such as hair salons - will be allowed to reopen from 27 April, although limitations will apply to the number of customers allowed in. Schools will gradually reopen later in May, and bars and restaurants would be open for business again in the third phase in June.

The country's business community has suffered big losses from the restrictions, and has been lobbying to lift them as soon as possible.

By Hermione Kitson in Italy

Discussions continue about how to ease Italy's lockdown into the second phase of its exit strategy.

This week a number of small shops were allowed to reopen, such as bookshops and stores selling children's clothing. But not every region has adopted the changes, for example the original red-zone of Lombardy. Phase two will officially start after the national lockdown expires on 3 May, when bigger sectors of the economy will be able to restart.

Figures show the curve is flattening in the country, but not at the rate that was hoped. However, the infection rate is slowing and there are fewer people in intensive care. 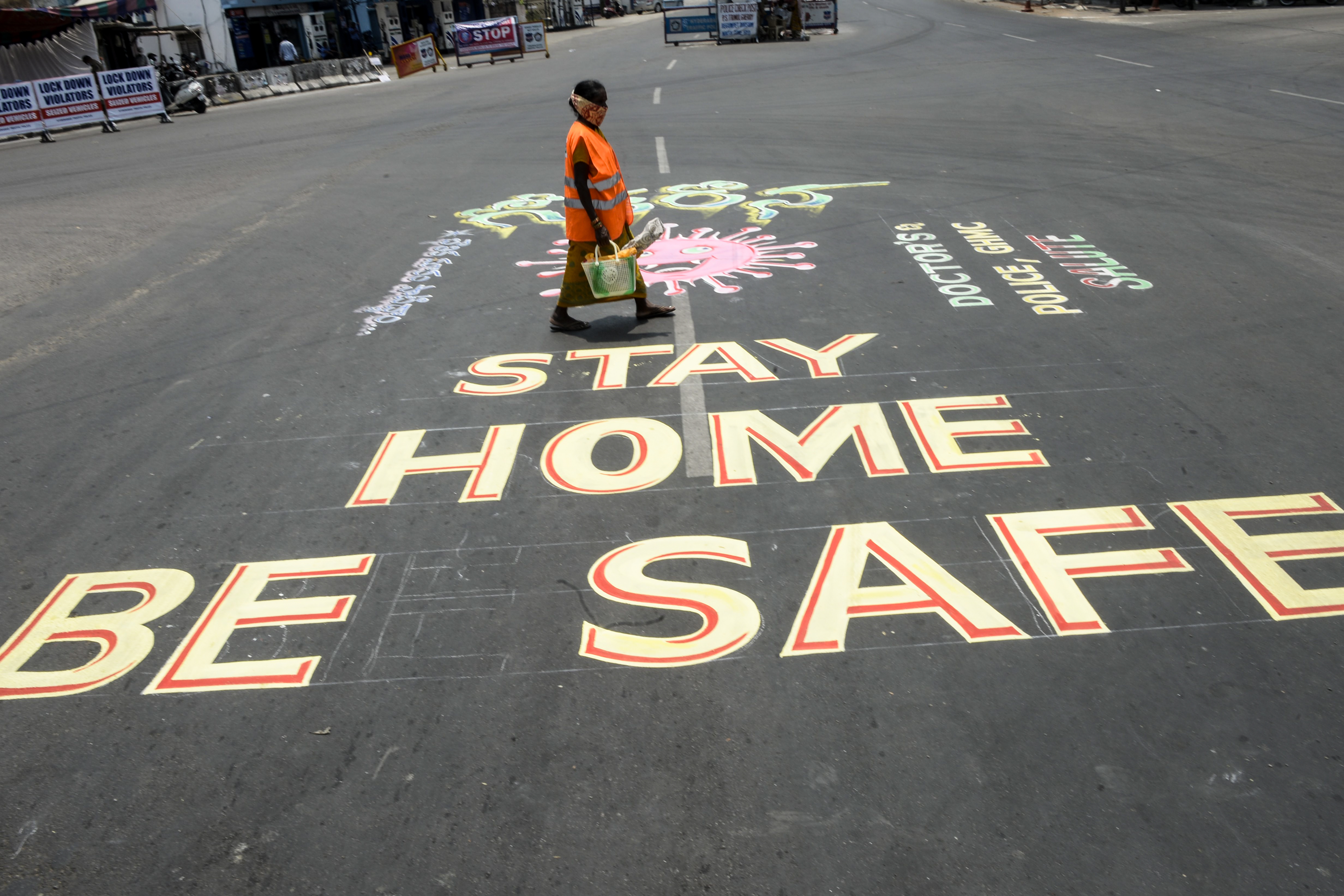