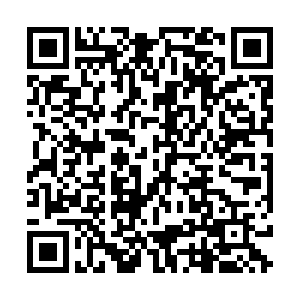 The European Union could finance a recovery fund worth up to $1.62 trillion with bonds backed by member states, a spokesperson for the European Commission told CGTN Europe on Tuesday. The EU says it will "support using all tools" at its disposal as it considers options for one of the biggest bailout packages in its history.

"It is important that those tools are quick, effective and based on a consensus of member states," the spokesperson said. "The Eurogroup [EU finance ministers] agreed to work on a recovery fund to prepare and support the recovery following guidance by EU leaders, notably on its sources of financing and on innovative financial instruments."

The announcement came after European Commission vice-president Valdis Dombrovskis told the German newspaper Handelsblatt that he "could imagine such a financial framework. But nothing has been decided yet.".

Weighing in on the economic fall-out of the COVID-19 crisis, Finance ministers from the 19 euro-currency nations had agreed on a raft of measures worth $540 billion last week.

The meeting failed to reach consensus on how to share the financial burden and how to pay for a temporary recovery fund, since it strikes at the heart of a dispute over jointly issued debt.

Italy and Spain are among the EU countries most affected by the outbreak. /Santi Palacios/AP

Italy and Spain are among the EU countries most affected by the outbreak. /Santi Palacios/AP

When asked if the commission was considering raising money on the markets for the fund, Dombrovskis said that the matter is likely to be discussed during an upcoming video conference between EU leaders. He added that the commission was ready to consider all options under the EU Treaty of Lisbon.

"We're not ruling out any option if the member states agree on it. As we all know, that doesn't apply to eurobonds."

The ministers have left the "eurobonds" subject – jointly issued debt – in limbo. A reference to "innovative financial instruments" allowed both sides of the debate to claim that they had won political concessions.

The EU agreement permits almost unconditional use of the European Stability Mechanism (ESM) bailout fund that provides credit to member nations in distress. Dombrovskis said it is unclear whether Italy and Spain, among the countries worst hit by the coronavirus, would seek loans from the ESM.

"The simple fact that the Eurogroup has agreed on a coronavirus aid package makes it easier for very indebted member states to access the capital markets," he observed. "No eurozone country currently has problems finding buyers for its government bonds."

In a chilling reminder, Dombrovskis said that COVID-19 could push the European economy into a crisis worse than the 2008 global financial crash.