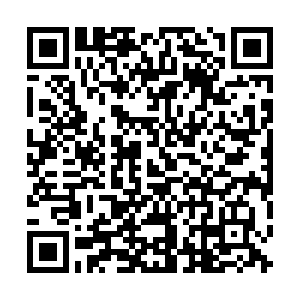 "Although we mourn every day those who are taken from us in such numbers, and though the struggle is by no means over, we are now making progress in this incredible national battle against coronavirus," said UK Prime Minister Boris Johnson on Sunday after being discharged by the hospital where he stayed for a week.

But as deaths from COVID-19 continue in the country, which is likely to stay under lockdown for the coming three weeks, the UK's finance minister, Rishi Sunak, has warned the country GDP could shrink by 30 percent between now and June.

In an effort to rescue the oil industry, hit severely by the pandemic, OPEC has secured a record deal to cut global production. Pressure to conclude the deal came from U.S. President Donald Trump, who urged Saudi Arabia and Russia to put an end to their price war. But there are doubts whether the deal will be able to mitigate the losses caused by the collapse of the industry.

Germany is also trying to support the sectors of its economy suffering from the pandemic. Watch our video below to see how Europe's largest economy has started an ambitious program to fly in seasonal workers amid COVID-19 travel restrictions to pick plant crops in its fields.

Trying to offer economic relief from the financial difficulties brought on by the coronavirus crisis are also the G20 and Ireland. After the appeal made by the IMF and the World Bank, the G20 is looking into giving debt relief to the world's poorest nations, which racked up huge debts after the 2008 financial crisis. Similarly, Allied Irish Banks (AIB) has already agreed to suspending debt repayments on 25,000 loans for homeowners and businesses.

For a possible solution to the economic turmoil caused by COVID-19, scroll down the page to read our interview with Neil Howard, a research fellow at the UK's University of Bath who organized an open letter on Universal Basic Income.

The world's major oil producers agreed on a 10 percent cut in production on Sunday, with 23 countries committing to holding back 9.7 millions barrels a day from the global markets. It's the largest reduction in oil output in history and it puts an end to the price war between Saudi Arabia and Russia. Opec is trying to restabilize the sector after it was harshly hit by the coronavirus pandemic – and oil prices rose by 4.2 percent today.

The G20 is looking into approving a plan this week to freeze sovereign debt repayments for lower-income countries for the next six or nine months, after the IMF and World Bank asked creditor countries for debt relief for 76 of the world's poorest nations. These countries borrowed heavily after the 2008 Global Financial Crisis and are now struggling with the economic challenges caused by COVID-19.

The global telecoms sector could be facing losses of $25 billion in revenues this year as a direct consequence of the collapse of international travel. The telecoms industry makes around $50 billion in revenues annually from roaming charges, which account for 1 percent of revenues for European telecoms groups, according to Moody's. But as people around the world are unable to go on holiday because of the pandemic, roaming is off the table.

UK finance minister Rishi Sunak said Britain's GDP could shrink by as much as 30 percent between April and June as a result of the nation's lockdown. As COVID-19 deaths continue, the lockdown is expected to be extended for at least another three weeks.

In Ireland, Allied Irish Banks (AIB) has approved granting 25,000 loan repayment breaks for its customers affected by the pandemic. Of these, 15,000 are mortgage repayments and 5,000 involve business activities. The breaks should be implemented for up to three months.

Apple and Google have announced they will work together for a joint coronavirus tracking project. The two tech giants aim to create contact-tracing technology that will allow smartphone users to log other phones they've been near and check if they've been in contact with infected people.

Huawei has sent a letter to the UK asking the country not to back out of the deal agreed in January that assigned the Chinese telecoms company a limited role in building Britain's 5G network. Huawei vice president Victor Zhang wrote in the letter: "Disrupting our involvement in the 5G rollout would do Britain a disservice." But critics fear national security could be put at risk by the company's involvement.

Pubs in the UK are lamenting the waste of 50 million pints of beer that will expire in the nation's 39,000 pubs before the lockdown is lifted. Most stock kept by pubs across the nation will go unused if closures and social distancing last for months, with possible takeaways and home deliveries unable to match normal revenues.

BlackRock has been selected to advise the EU on new environmental rules for European banking supervision. BlackRock will study how to boost the growth of green finance in the EU, but critics have raised concern over a potential conflict of interest for the company, one of the world's largest investors in banks and fossil fuel companies.

The World Bank warns that South Asia faces its worst economic performance in the last 40 years because of the slump caused by coronavirus. The collapse of tourism and the disruption in the region's supply chains will seriously hinder the progress South Asia has been made in fighting poverty, the Bank said.

The Japanese technology group SoftBank is expecting an annual operating loss of $12.5 billion after the company's $100 billion Vision Fund lost $16.7 billion on Wednesday. This would be the biggest loss in the history of the company

The International Labour Organization, a UN agency, has published a report that predicts 6.7 percent of working hours will be lost globally in the second quarter of 2020 – equivalent to 195 million full-time workers due to the disruptions caused by COVID-19. The pandemic is now affecting 81 percent of the global workforce, according to the report, but a crisis could be mitigated by international coordination and accommodating monetary policies.

Despite travel restrictions and the risk of COVID-19 contagion, Germany has started an ambitious program to fly in seasonal staff to work in its fields picking plant crops to fill the gap in the workforce left by the travel bans. Thousands of Eastern European farmhands have already made the trip to Berlin and Düsseldorf and more flights are planned for the cities of Karlsruhe, Leipzig, Nuremberg and Frankfurt. 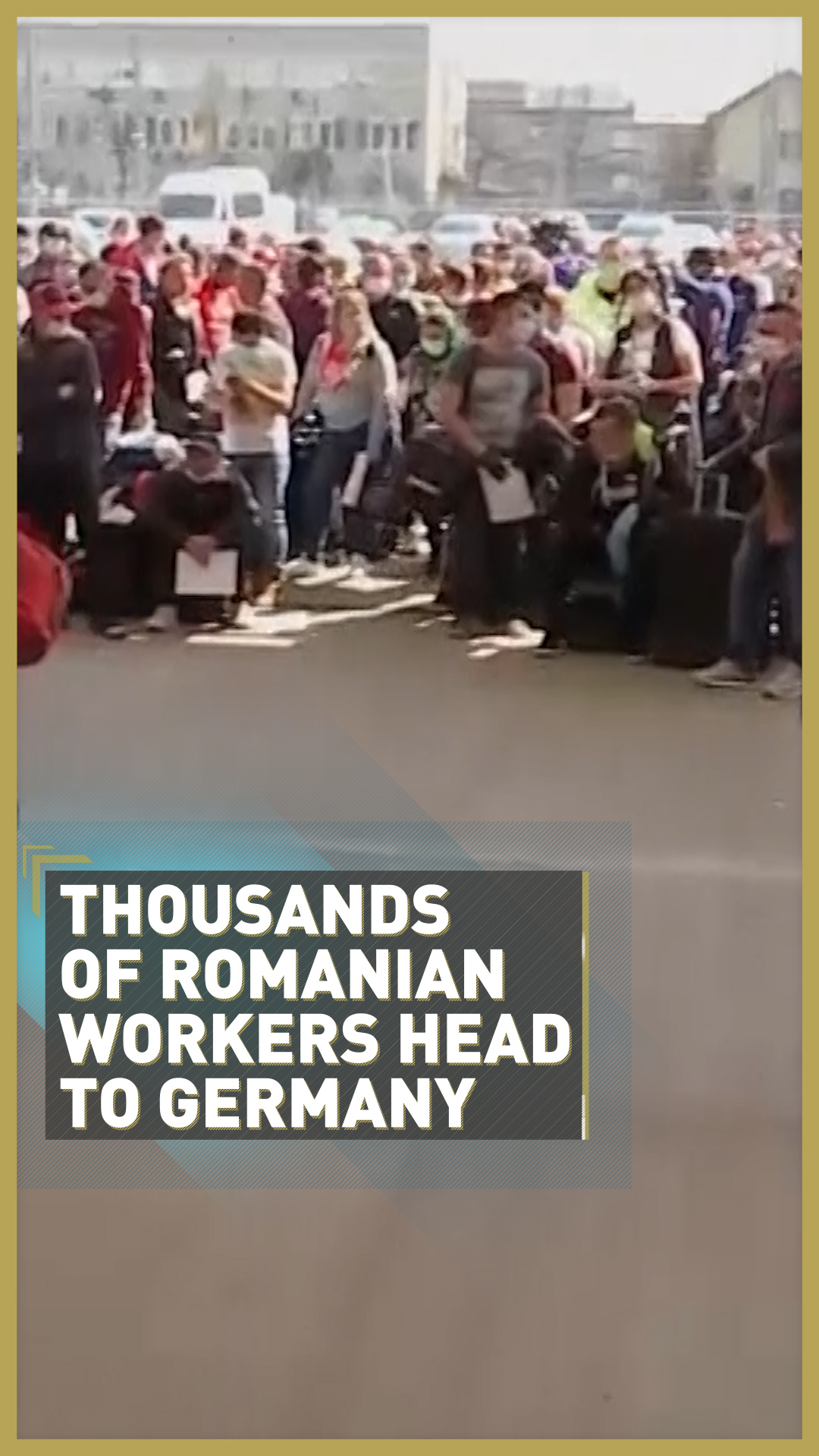 Leaders worldwide across the political spectrum are considering implementing a Universal Basic Income (UBI) to mitigate the negative impact of the economic crisis caused by the pandemic. Neil Howard, a research fellow at the UK's University of Bath who organized an open letter on UBI signed by nearly 500 leading experts, spoke to CGTN about the topic.

Can UBI help solve the coronavirus crisis from a fiscal perspective?

You know, the old maxim is that in a crisis, everyone becomes a socialist. And I think that has empirical legs. You know, we see this with nationalizations. We see this with business being subordinated, if you like, to the service of society.

But what it points to is the fact that really, no matter what your political persuasion, care is the basic principle that I think all of us wish to see operationalized. Our relations with each other. And at a time of crisis, basically all of the rubbish is stripped back. You go back to the kinds of basics which are the foundation of relations between us as people. And at root, that's care.

So for me, in this moment, when care is stepping forth as kind of the primary principle and so many people, because of the lack of cash, are really in need of cash, if you like, as a form of care, then basic income is becoming this attractive policy for people who otherwise would have rejected it as as naive or utopian or whatever it might be.

It's been an absolute explosion. I mean, early on I put together an open letter signed by over 500 academics and political figures. And these were political figures from across different spectrums. About a few days later, after that, a cross-party political statement was released and then an early day motion was put together, which had dozens and dozens of signatories from almost every single party.

Will it be introduced during the crisis?

Yeah, I honestly at this point think it's almost inevitable. I think the political pressure from below is going to be so great that resisting or refusing will actually not be possible unless our governments are capable of turning their usually quite complex bureaucratic welfare systems into sort of efficient and nimble crisis-response mechanisms, then loads of people are gonna fall through the cracks.

We are already seeing that in the UK in the first few days after the chancellor's recent announcement, something like a million people applied for universal credit. The Universal Credit bureaucracy is already a bit of a joke and has been widely criticized as malfunctioning in that set of circumstances.

A basic income becomes a very attractive option, if only because it's simple and therefore potentially very effective. So, within the UK, I expect that we are going to move in this direction and more progressive policies in southern Europe, for example. I think we can expect this to be even faster. I understand that Spain is moving very quickly towards a basic income. Certainly in Italy there are similar conversations. So, assuming lockdown and the associated basic collapse of capitalism continues over a long period – and really in the intensity of the moment that could be as short as a few weeks – then I think it's going to be inevitable. 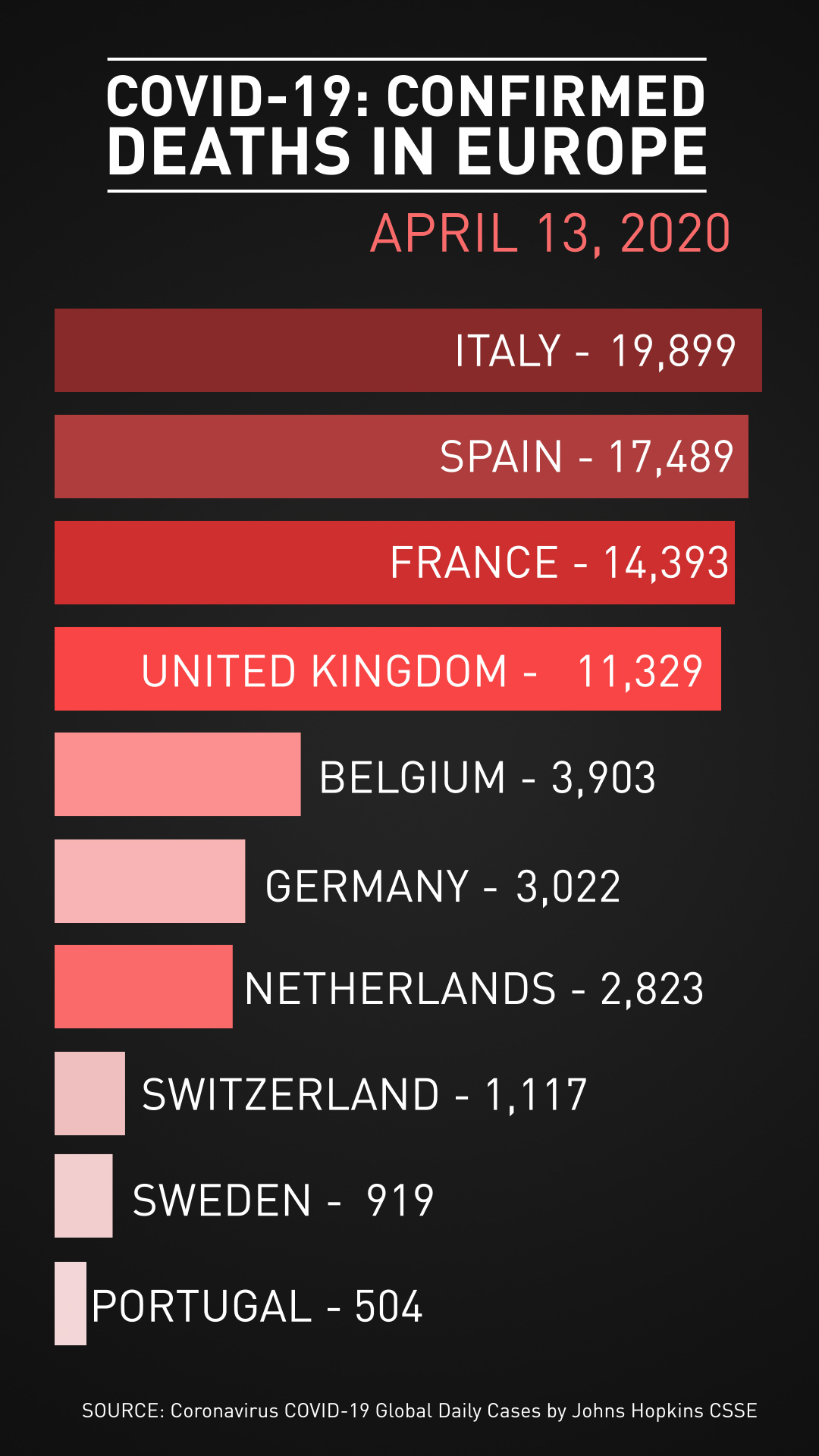 As the COVID-19 death toll decreases in some of the countries most affected by the pandemic, governments are looking into how to slowly relax lockdowns. Here's the latest account of the number of deaths due to the coronavirus in the worst-hit countries in Europe.