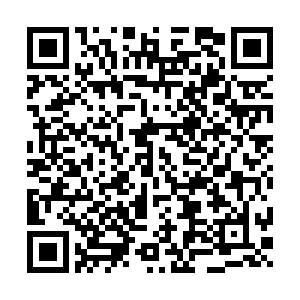 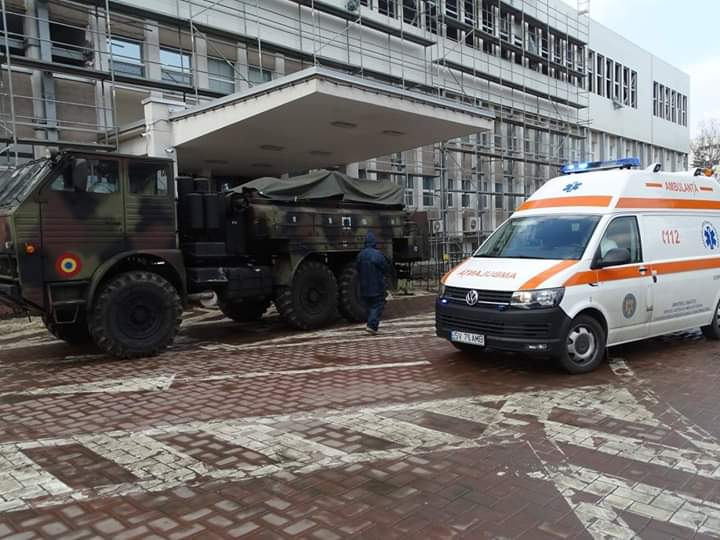 A military truck outside Suceava hospital. /Romanian ministry of defense

A military truck outside Suceava hospital. /Romanian ministry of defense

"My father waited seven hours for an ambulance to take him to Suceava County Hospital. He died the same day from coronavirus infection."

Iohannis Onesciuc's father developed COVID-19 symptoms at the end of last month, but the family only discovered he had definitely contracted the disease after being informed of his death. His case illustrates why the authorities in Romania's worst-hit Suceava region are facing tough questions about their ability to keep up with the scale and speed of the outbreak.

"He was first hospitalized on 25 March with high fever, suffering respiratory problems and undergoing dialysis treatment. He was made to wait several hours, no doctor in sight, was then tested for coronavirus, given an antibiotic and sent home," Onesciuc told CGTN Europe.

The test result came in on 28 March, yet the family wasn't informed by anyone from the hospital. Onesciuc said he'd learnt about the coronavirus infection only after his father died.

"My father spent the next days at home with my mother without anyone in the family knowing he tested positive for coronavirus."

As the situation worsened, Onesciuc's father was again taken to hospital. He died later that evening.

"Nobody from the hospital told us why he died. Only the following day I saw on the hospital form the cause of death listed as coronavirus."

Onesciuc claims he has repeatedly tried calling the local Department for Public Health to report the family's close contact with a known COVID-19 patient but no one picked up.

"My father died on 30 March. His death was reported among other coronavirus fatalities eight days later." 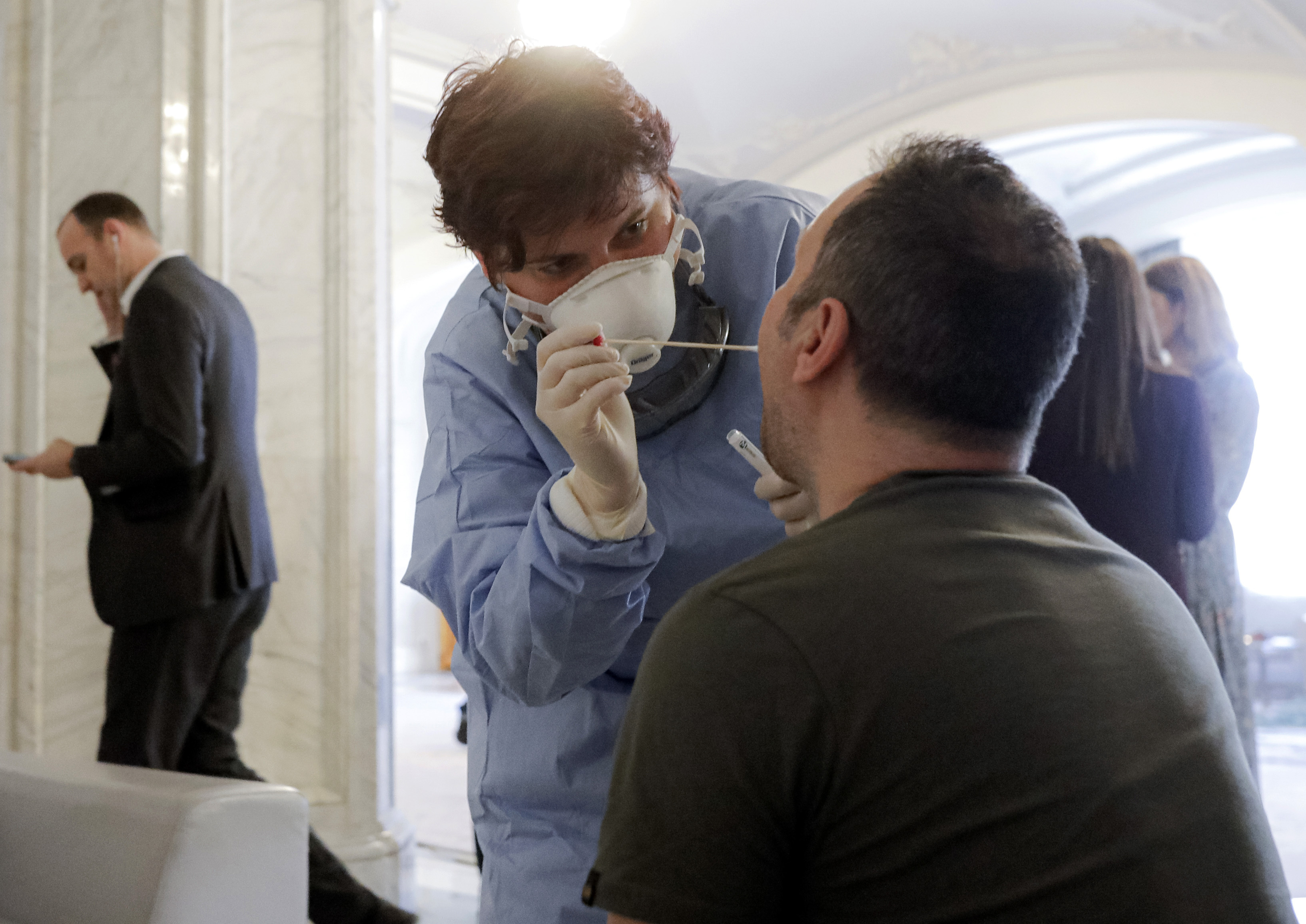 Suceava county came to national attention when coronavirus cases begin to skyrocket. The county is home to only 3 percent of Romania's population but accounts for about one-third of coronavirus cases counted nationwide. The north-eastern region, nicknamed Romania's Lombardy after the Italian epicenter of the coronavirus crisis, became the country's major COVID-19 hotspot, with many of the infections occurring at the local hospital where Onesciuc's father died.

Managers and local health officials were criticized for breach of procedure, mismanagement and negligence after half of all patients became infected with COVID-19, turning the hospital into the center of the outbreak.

The growing number of cases led authorities to place the city of Suceava and the surrounding area under strict lockdown, with medical staff tested and under institutional quarantine.

The Suceava County Hospital is now under military control after the director and manager both resigned. The change of management led to tensions building between the civilian medical staff and the new military team in charge of the hospital.

"The new military management is instilling fear in everyone, threatening with sanctions. They want to lock us up in student dorms, to place us under forced quarantine. Patients lack basic medicine, while doctors and nurses remain outnumbered and ill prepared to fight this virus," a member of the Suceava County Hospital medical staff told CGTN Europe.

The medical worker, who remained anonymous, added that there is a constant state of panic.

Ionel Oprea, the military doctor now in charge of Suceava Hospital said in a statement that the army had to step in to make sure basic procedures are being followed. Oprea decided to quarantine the entire medical staff on the grounds that it represents the source of COVID-19 infection, claiming that some of the medical workers refused to wear any protective gear, which the army found stored in the hospital warehouse.

Oprea added that tens of doctors and nurses have already submitted requests for leave of absence or even went into retirement as the hospital tries to cope with the infection crisis.

Romania has been struggling to contain the virus, despite having about 5,000 confirmed cases – far fewer than the hardest-hit countries in Western Europe. Many have said the low number of registered cases is linked to the country's poor testing rate, with a total of 51,000 coronavirus tests carried out nationwide, seven times fewer than Italy's ratio and about as many people as Germany tests in just a couple of days.

Underreporting might have also masked the real number of cases, with a  study issued by a group of British epidemiologist showing that only a one-tenth of symptomatic coronavirus cases in Romania have been registered. Dozens of people have been confirmed positive only after they died and delays in reporting have skewed statistics. 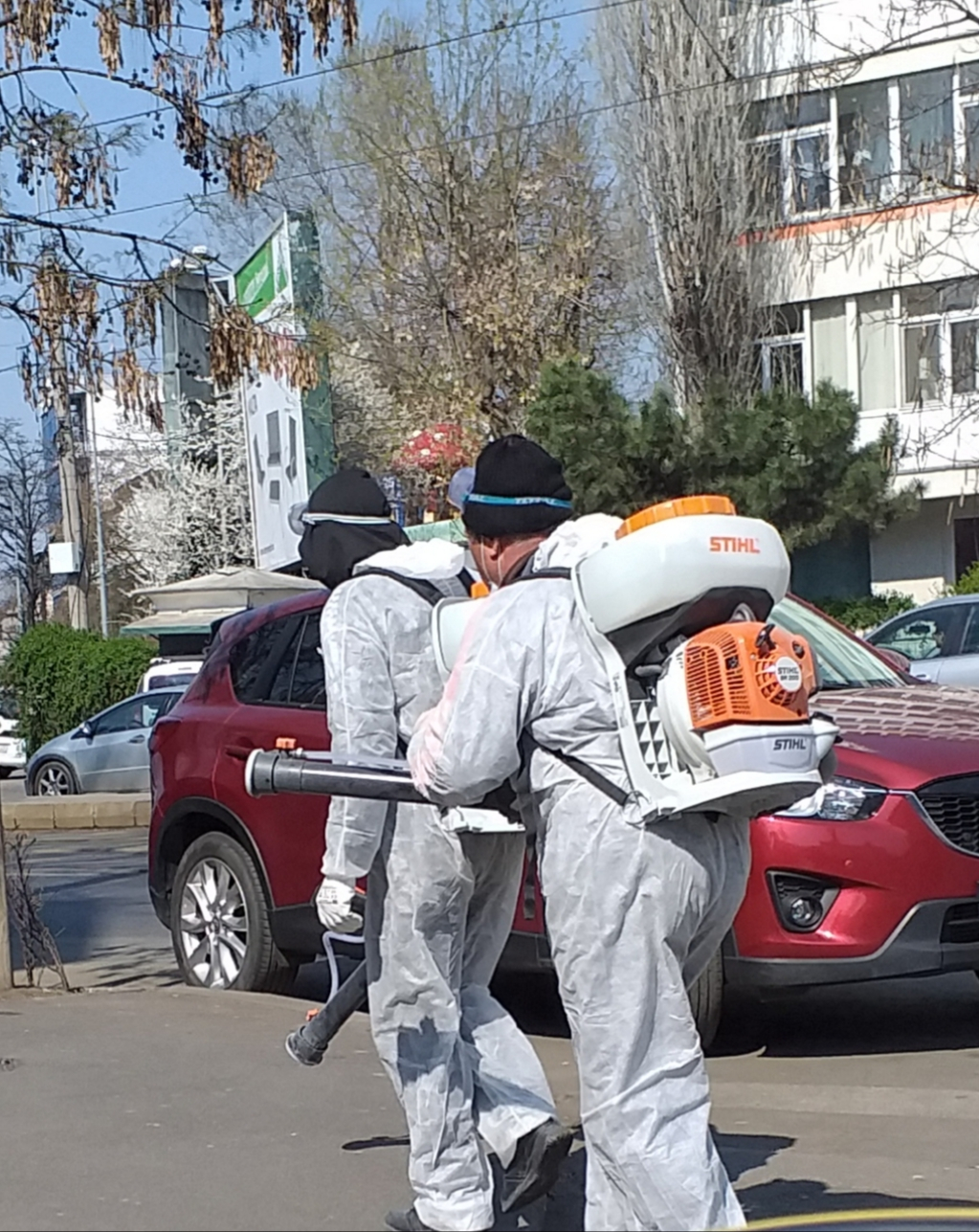 A team prepares to disinfect an area /Cristian Gherasim

A team prepares to disinfect an area /Cristian Gherasim

Romania spends less than any other country in the European Union on healthcare – only 400 euro ($436) per inhabitant – while countries at the top of the list including Luxembourg and Sweden exceed the 5,000 euro ($5,455) threshold in health expenditure per inhabitant each year.

The country has consistently been ranked last, with the poorest healthcare system in the EU according to the Euro Health Consumer Index.

CGTN European has asked the health ministry for comment but had not had a response by the time of publication.