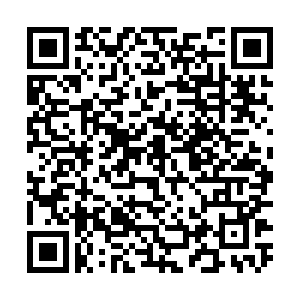 "Europe has shown that it can rise to the occasion of this crisis."

A sense of relief was palpable in French finance minister Bruno Le Maire's statement after European Union finance ministers reached consensus on a 500 billion euros ($5.45 billion) stimulus package for their economies reeling from the COVID-19 pandemic.

The EU ministerial meeting was not the only event of considerable significance that resulted in some sort of resolution. OPEC member states and partners led by Russia have agreed in principle to slash oil output by more than a fifth. But the deal is at risk after Mexico refused to adhere to the proposed curbs.

Do scroll down the page to read our interview with Joshua Mahony, senior market analyst at IG Group, as he weighs in on the volatility the crude sector has suffered recently.

The UK appears to be sticking to its time frame of December 2020 for concluding trade talks with the EU, Ireland's finance minister Paschal Donohoe said after talks with British counterpart Rishi Sunak.

Returning to news about the coronavirus crisis raging across the planet, India is set to ship a sought-after malaria drug to the U.S. after banning most exports in order to secure its own supplies. The South Asian country is the world's largest producer of hydroxychloroquine.

Japan is hunkering down in the face of the disease after Metropolitan Tokyo urged some businesses to cease operations and the ancient capital of Kyoto warned tourists to stay away.

And our graphic today is on EU's current account surplus with the bloc's eight major trading partners. To find out more, please scroll down.

The European Union was finally successful in agreeing to a financial rescue package worth more than half a trillion dollars in order to help member nations struggling amid the COVID-19 pandemic. A deal was clinched after Germany and France stood their ground against the Netherlands over attaching conditions to the emergency credit.

Russia, Saudi Arabia and their allies are expected to urge Mexico to agree to oil production cuts. The U.S. will be requested to do the same. The plan for cuts tops the agenda for the video conference of energy ministers from the Group of 20 (G20) major economies. Mexico had balked at the proposal at the OPEC meeting yesterday.

Ireland's finance minister, Paschal Donohoe, said Britain seems be sticking to its plan to thrash out a free-trade deal with the EU by the end of 2020, despite the pandemic. "My sense at the moment is that the British government will not be changing the timeline they have in relation to Brexit," Donohoe told the press after taking to his UK counterpart, Rishi Sunak

The French government said it could provide up to $22 billion in new capital to help businesses hardest hit by the coronavirus. The funds will be part of a new budget plan due to be submitted to ministers next week.

The number of people out of work in Canada hit one million last month, while the country braced for a spike in the death toll from COVID-19. Prime Minister Justin Trudeau said life won't return to normal until a vaccine is developed. Many jobs disappeared after local governments ordered the closure of non-essential businesses.

China clamped down on exports of masks and personal protective equipment (PPE), announcing mandatory customs inspections for the items in a bid to improve standards and ensure that poor-quality products are not sent abroad. The step was taken after complaints of faulty PPE from China.

Air France-KLM reported a sharp drop in passenger numbers in March compared with a year earlier. The airline carried a total of around 3.6 million passengers in March, down 56.6 percent from a year earlier. Its load factor also dropped by 20.5 points over the same period.

French car maker Renault said it might seek bank loans worth $4.4 billion to $5.4 billion. Chairman Jean-Dominique Senard told RTL radio: "It could be in that sort of region." The company has cancelled its dividend, with the upper management, including Senard, agreeing to pay cuts.

Bao Yuming, a prominent Chinese lawyer who was on the board of telecoms equipment behemoth ZTE Corp, has stepped down from his position after several news stories appeared of him being put under investigation for alleged sexual assault. Bao, also known as Robert Y. Bao, could not immediately be reached for a reaction.

Airbus has shelved plans to create a separate production facility for its A321 airliner as the company wrestles with the COVID-19 crisis. The European aerospace giant was considering a separate line for its most ambitious single-aisle jet in January in Toulouse, France after record demand for the jet from its site in Hamburg, Germany.

Joshua Mahony is a senior market analyst at IG Group and shared his thoughts on the current state of the global oil industry and the uncertain time it faces.

Why has the U.S. done a volte-face on low oil prices?

Crude oil has seen a huge rise in volatility of late, with U.S. President Donald Trump helping to spark an extreme surge in prices at the prospect of an impending production cut between OPEC and Russia. The initial breakdown in relations between Saudi Arabia and Russia – over a 1.5 million barrels per day (bpd) production cut - ultimately saw both sides ramp up output in a war of oil prices.

This led to a curious situation where the normally supportive Saudi Arabians were driving oil prices down to a point where U.S. producers were completely undercut. This impact on U.S. producers simultaneously flipped Trump's position from seeking lower oil prices to desperately intervening to drive them up once again.

What should traders be watching out for at the OPEC+ and G20 meetings?

The first thing traders will be keen to see is whether a deal has been agreed, which is far from guaranteed. Despite talk of a verbal deal between Russia and Saudi Arabia, the key element that could drive Russian involvement is the ability to drive down output in the U.S. Given the independent nature of U.S. oil production, this could mean including major drilling companies in discussions.

The second most important element to watch out for will be the size of any agreed cut, with Donald Trump's claim of a potential 15 million bpd cut setting a high bar to overcome. With crude having spiked sharply on the prospect of a 10 million-15 million bpd cut, anything below this level would be deemed a failure.

Is the Brent price rising on key support?

The Brent chart shows how we have seen wide six percent swings throughout the week, as price respects a $32.34 to $34.52 range. That looks likely to hold for now, with the price starting to turn higher from the lower echelons of that range. This range is going to be a clear-cut zone which needs to be broken to provide a fresh directional bias. More specifically, a breakout from this zone in reaction to the OPEC+ announcement would carry more weight in signaling where we go from here.

Below is an infographic showing the main partner countries with which the EU's 27 member states recorded their external current account surpluses in the fourth quarter of 2019. 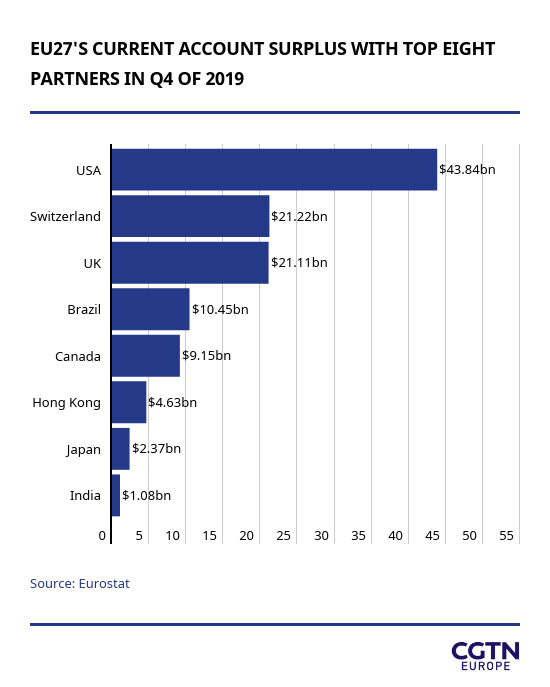