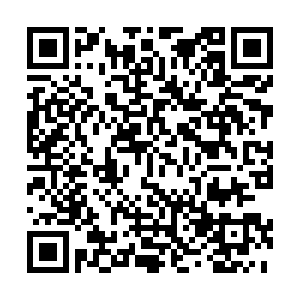 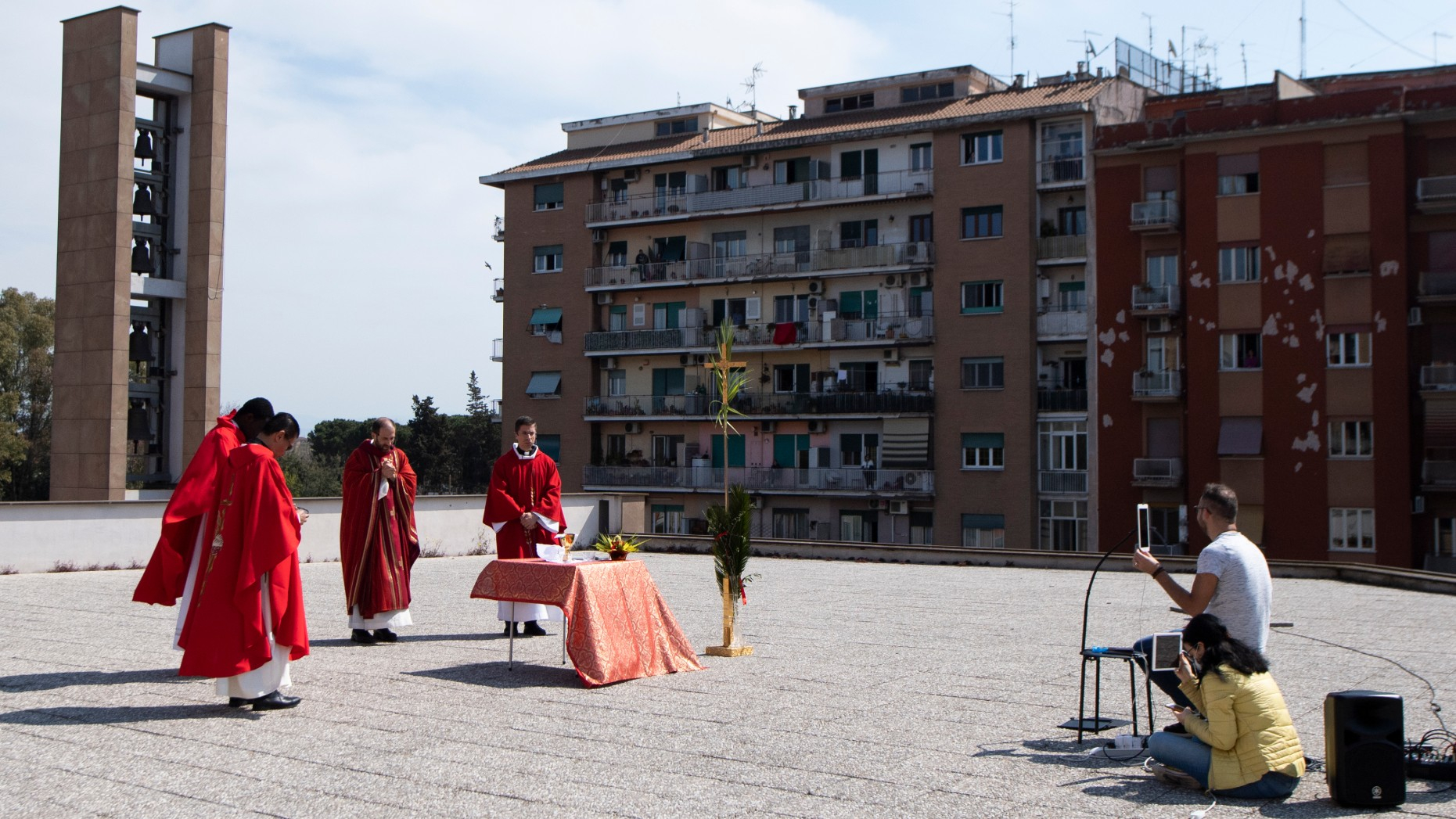 A priest celebrates mass for nearby residents and online worshippers from the rooftop of the San Gabriele dell'Addolorata church in Rome. /Tiziana Fabi/AFP

A priest celebrates mass for nearby residents and online worshippers from the rooftop of the San Gabriele dell'Addolorata church in Rome. /Tiziana Fabi/AFP

April is one of the busiest months of 2020 for the world’s religions, with major festivals celebrated by Christians, Jews, Muslims, Hindus and Sikhs. But with lockdowns enforced across much of Europe to stop the spread of COVID-19, marking these is proving difficult in an age of social distancing.

The festival Rama Navami, which celebrates the birthday of the Hindu God Lord Rama, was scaled back worldwide, while the colorful processions for the Vaisakhi festival on 13 April – one of the most important days in the Sikh calendar – have been canceled.

With Passover, Easter and Ramadan all imminent, what impact will the current restrictions on daily life have on this most important time of year for people of faith in Europe?

One of the most important events of the Jewish calendar, Passover is a week-long festival, which commemorates how Moses led the Israelites out of slavery in Egypt. It starts on Wednesday 8 April, with a special meal called a Seder, the festival's highlight.

A Seder happens on the first two evenings of Passover as families and friends gather to read religious texts, sing and tell stories. An extra cup of wine is placed on the table and the door is left open for the prophet Elijah, who will one day reappear to announce the return of the Messiah.

Many synagogues will be closed in accordance with coronavirus lockdown measures. Families have been encouraged to host virtual Seders, which are as interactive as possible. Israel enters a lockdown for Passover, meaning Europeans will not be able to travel to see relatives in the country, as per tradition. Before celebrations begin, houses must remove any traces of chametz (leaven foods), but traditional public burning ceremonies will not be possible this year. 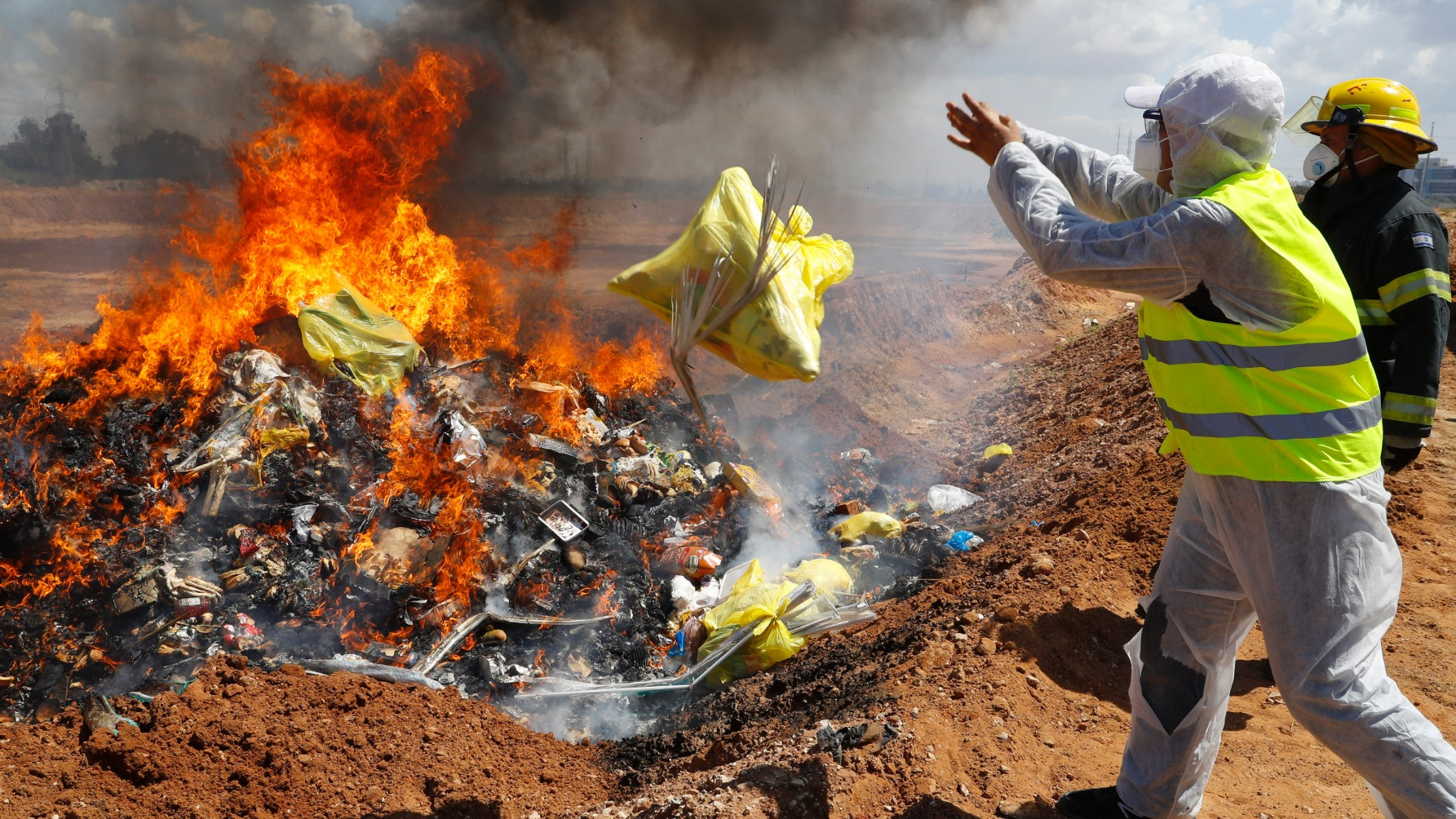 Municipal employees toss food with leavening agents collected into a fire during the Biur Chametz ritual for Passover. /Jack Guez/AFP

Municipal employees toss food with leavening agents collected into a fire during the Biur Chametz ritual for Passover. /Jack Guez/AFP

Holy Week began last Sunday, 5 April, and commemorates the events leading up to Jesus's crucifixion (Good Friday) and resurrection, celebrated on Easter Sunday. It is the most important festival in the Christian calendar.

The Pope, the head of the Catholic Church, marked the beginning of Holy Week with a service at a nearly deserted St Peter's Basilica in the Vatican. With public gatherings and church services banned across much of Europe because of lockdown procedures, priests and vicars are trying various methods to spread the word, including drive-by blessings and confession through car windows. Services on video conferencing software continue.

The Muslim holy month of Ramadan starts on 23 April. It commemorates the moment the Muslim holy book the Koran was first revealed to the Prophet Muhammad.

The planet's 1.8 billion Muslims abstain from food and water during daylight hours to devote themselves to their faith and getting closer to Allah. After sunset each evening, families and friends get together for the Iftar meal to break the fast. Many people visit mosques to pray.

Muslims with severe sickness, are permitted to break their fast during the day. Online prayer meetings will be commonplace in countries under lockdown. In the UK, the Ramadan Tent Project, which usually holds an Open Iftar in London's Trafalgar Square, is sending packs for people to create their own, including recipes games and fact sheets.