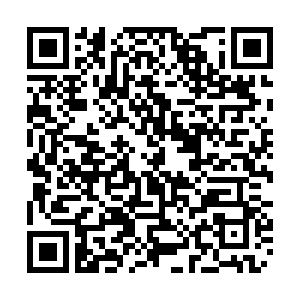 The EU's top scientist has been forced to resign after members of the European Research Council (ERC) voted unanimously for him to step down.

Mauro Ferrari, who only took over the role as president of the European Research Council on 1 January, seemed to explain his decision to step down in a strongly worded statement titled Return to the frontlines, to the frontier.

In the statement he said: "I have been extremely disappointed by the European response to Covid-19, for what pertains to the complete absence of coordination of health care policies among member states, the recurrent opposition to cohesive financial support initiatives, the pervasive one-sided border closures, and the marginal scale of synergistic scientific initiatives.”

However, in a statement in response to Ferrari's comments, the ERC claimed that all 19 of its members voted on 27 March for him to resign from his post.

The ERC cited four reasons for the request.

Firstly, it said that "during his three-month term in office, Professor Ferrari displayed a complete lack of appreciation for the raison-d'être of the ERC to support excellent frontier science, designed and implemented by the best researchers in Europe."

The statement also said Ferrari displayed a lack of engagement with the ERC, made several personal initiatives within the commission without consulting other members and he was involved in other external enterprises that sometimes took precedence over his ERC role.

The now former EU employee put forward the idea of forming a special program directed at fighting COVID-19, however this was rejected unanimously by the governing body of the ERC.

Ferrari admitted he expected a world very different from what he experienced during his three-month tenure.

"The COVID-19 pandemic shone a merciless light on how mistaken I had been: In time of emergencies people, and institutions, revert to their deepest nature and reveal their true character," he said.

After admitting he had lost faith in the system, Ferrari said he was moving back to the front line of the fight against the pandemic.

"Now it is time for me to return to the frontier, to the front lines of the fight against Covid-19, with real resources and responsibilities, away from offices in Brussels, where my political skills are clearly inadequate, and again at the true service of those who need new medical solutions." He said.