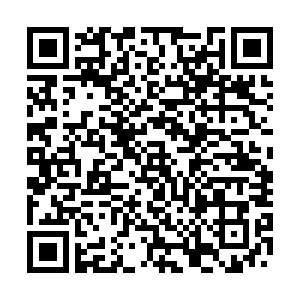 "The important idea is that their epidemic can be stopped."

That's Penn State biologist Ottar Bjornstad, with some good news for everyone. The research his team has completed looked at the situation in Wuhan, and the control measures which meant infection rates in the city were actually low for its population size.

You can read the full interview below.

Still in the Americas, perhaps the stand-out reaction to the pandemic has been that of President AMLO of Mexico. Unlike the majority of stimulus packages unveiled by world leaders, Mexico's does not focus on big business – but instead on personal loans and public works projects.

In Europe, stocks recovered slightly, but that was stunted by the UK prime minister being moved to intensive care in London, as he continues to suffer from COVID-19.

But one firm that appears to be riding the storm, despite some earlier pressure, is Airbnb. The firm, which had faced backlash from its own 'Hosts' at the beginning of the outbreak, has confirmed a new $1 billion dollar investment, as supporters see a hightened future appetite for travel.

P.S. did you know we send this briefing by email, too? You can sign up to receive it here.

Mexico's president, Andrés Manuel López Obrador, has followed through on promise to prioritize social spending over business bailouts as the country reacts to COVID-19. Household loans will be offered, and $1 billion will be offered in small business loans. Public works focused on improving infrastructure and creating two million jobs will be increased, the president known as AMLO added.

London stocks bounced as COVID-19 infections and deaths appear to be levelling off around Europe. The FTSE 100 gained 2 percent today, with big winners including energy suppliers and airlines. While the index is still 25 percent down on January highs, it has recovered to gain more than 15 percent since March lows.

Global cinema chain Cineworld has shut all its 787 global sites in reaction to COVID-19 – while simultaneously revealing talks with lenders have begun over the firm's debt commitments, which currently stand at  $3.5 billion.

Hungarian budget airline Wizz Air has pivoted to the help the repatriation of Hungarian citizens and fly medical supplies, paid for by the Budapest government. It has also run flights to Slovenia and North Macedonia, again with cooperation from national governments.

Short-term letting firm Airbnb has secured $1 billion in investments from Silver Lake and Sixth Street, both private equity firms. The injection means Airbnb holds around $4 billion. Silver Lake co-CEO Egon Durban said while the current situation is "difficult... the desire to travel and have authentic experiences is fundamental and enduring."

Landlords across Canada are being warned by banking and industry groups to expect less rent than normal unless the federal government steps in to offer loans or income. A rent strike is gathering momentum in Ontario, the country's most popular state, and organizers in Toronto say 100,000 letters have already been sent to landlords to warn of non-payment.

U.S. computer chip industry representatives have written to trade minister Wilbur Ross over their concern that restrictive new laws governing exports to China could harm income, and the global medical equipment industry, which uses the chips.

Although some stocks in Europe recovered today, there was turbulence in the currency markets as the dollar lost out against the yen, with investors reacting to Japanese prime minister Abe's huge stimulus plan, which was unveiled yesterday. But the pound did not share the same gains, which remained fragile as the UK's prime minister Boris Johnson was kept in intensive care.

Top building developers in China are confident of a quick rebound in the housing market and have maintained, or even increased, purchasing plans. As restrictions have been lifted, big firms have also bought out smaller firms, which were hit harder by the market freeze caused by the coronavirus earlier in the year.

South Africa's informal workers are in serious danger of being left behind as President Cyril Ramaphosa's government is slow to help, and unemployment is already nearing 30 percent.

South Korean tech giant Samsung said its first-quarter profit in 2020 would be its lowest in at least five years, though it managed to surpass $5 billion in spite of the coronavirus pandemic.

Major global charities such as Oxfam and Action Aid have called for developed nations and private lenders to cancel $25 billion in debts for developing countries, as they struggle to react to COVID-19. The IMF and the World Bank have both already pledged at least $50 billion in financing, but have not joined the discussion about wiping out debt.

CGTN Europe's Jamie Owen looks at the COVID-19 crisis, from the first reported case, to where we are today. 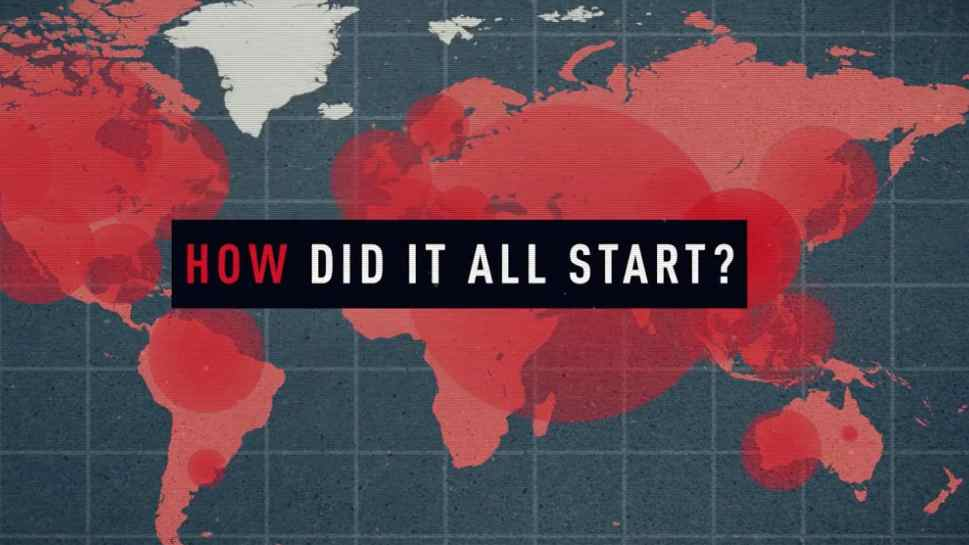 Ottar Bjornstad is a distinguished professor of Biology and Entomology at Penn State University. He spoke to CGTN Europe from the U.S. to discuss the decision by Chinese authorities to lift the lockdown in the city of Wuhan.

So, what do you think was the most crucial finding from your study of Wuhan's control measures?

So what we were able to do, which was very interesting, we had data from two previous years on travel in and out of Wuhan during the New Year and Spring Festival from 2017 and 2018. So we knew how many people were moving in and out. And then we could compare that with the number of people who were moving after the 23 January travel lockdown, the Level One response in Wuhan.

And so, we could really see how extremely efficient the lockdown was in terms of stopping movement in and out of the city. And, of course, once the level one response was in place, then everybody in the city was indoors. And so there was an extraordinary reduction in movement following that 23 January .

What can we learn from Wuhan's experience?

So, I think the most important thing that we can learn from the Wuhan experience and also the Chinese experience generally, and also the situation in South Korea, is that it is possible to stop this epidemic in place through the behavioral interventions. The crucial thing to keep in mind is that the total cumulative number of cases, confirmed cases of the coronavirus in the Hubei Province, was 67,802 and that is in a city of millions of people.

So the important idea is that their epidemic can be stopped. The crucial thing to ponder next is how to stop flare-ups when life is resuming there.

What particular sources did you use that might be unusual or different while you were collating the data and putting this study together?

So, we got data from travel volumes, from the usual sources like trade volumes, some flights. But then we were also able to use geolocated cell phone data on where people were. And so that allowed us on an unusual spatial and temporal resolution of where people actually were and how they were moving.

The next step will be how to contain the situation and manage flare ups. Will you continue this study and use similar data?

We're continuing to monitor now very carefully. I was at a meeting with people from China CDC earlier. The last day of any domestic cases of coronavirus in China was 17 March. But by 31 March, there had been reported 691 confirmed imported cases to China from 50 other countries.

Obviously, the importation from elsewhere means that we have to be very, very cognizant of the possibility that there might be flare-ups as life is starting to return to some kind of normalcy internally.

There have been peaks and dips, but the overall picture of business investment in Europe over the past decade has been a positive one. The percentage is calculated by looking at which companies are investing in permanent company structures – including buildings. The last available data are that of Q4 2019, before COVID-19 measures were put in place. 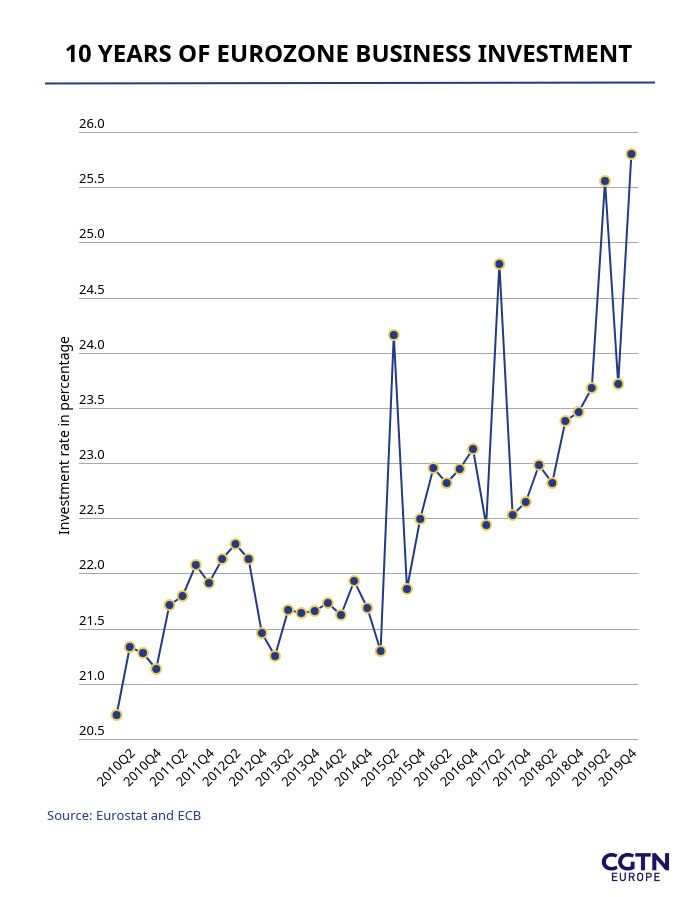