How does the UK government function without a prime minister?
Gary Parkinson 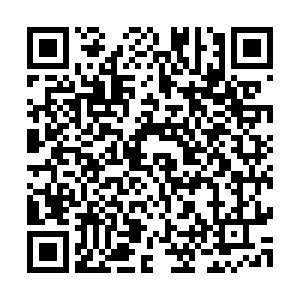 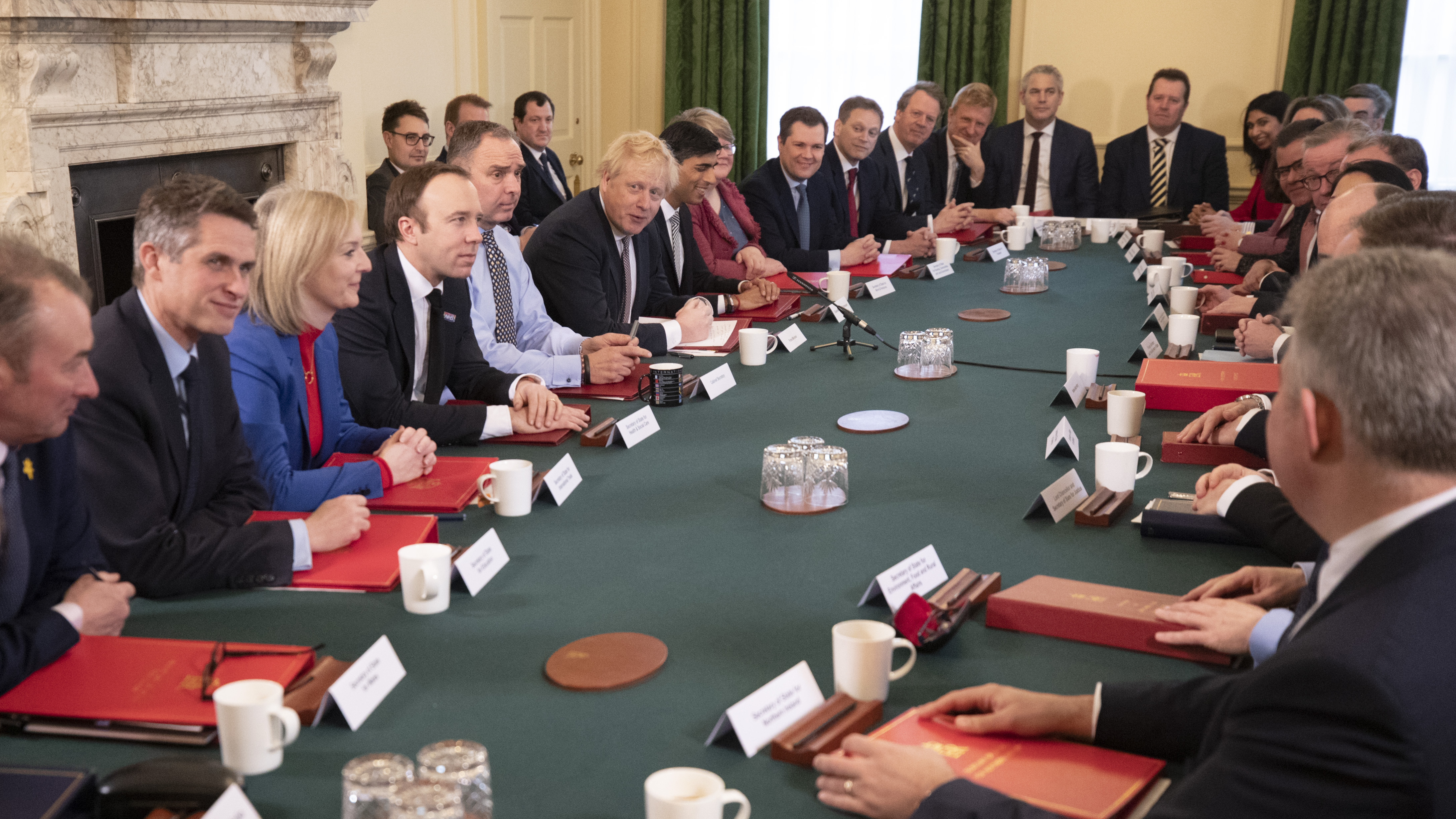 The first meeting of Boris Johnson's current cabinet at 10 Downing Street, on 14 February 2020. Johnson is currently in a hospital intensive care unit. /AP

The first meeting of Boris Johnson's current cabinet at 10 Downing Street, on 14 February 2020. Johnson is currently in a hospital intensive care unit. /AP

With UK prime minister Boris Johnson moved to an intensive care unit at St Thomas' Hospital in London, the country is currently functioning without a full-time leader. But how? And what happens if Johnson cannot quickly return?

Like many aspects of British life, the office of prime minister is surprisingly vaguely defined, without real codification. (The UK is one of only around half a dozen countries worldwide not to have a codified constitution – depending on how you define that.)

The very existence of the post – as leader of government and country – was gradual. Robert Walpole is generally recognized as the first prime minister, from 1721 to 1742, but was never actually designated as such and the title wasn't used in an official governmental action until 1878.

Only in 1937 did a parliamentary Act give "statutory recognition to the existence of the position of Prime Minister," and only then to specify its salary. So vague is the history that scholars disagree on how many prime ministers the UK has had, with disputes over the inclusion of Lord Bath (who served for three days in 1746) and Lord Waldegrave (five in 1746).

A first definition – after nearly 300 years

In December 2010, a draft Cabinet Manual made what the official website parliament.uk describes as the first official text describing the role:

There's a lot to unpick here. First, it acknowledges the UK's nodding acquaintance with the sovereign, who (since the restoration of the monarchy after the civil war) acts as a largely decorative head of state rather than head of government. The monarch approves the appointment (or retention) of the prime minister, who is invited to form a government and therefore selects a senior executive committee known as the cabinet – from the Italian cabinetto for a small, private room. In turn its members oversee the implementation of policy at various departments of state, such as the treasury, education, transport and so on. 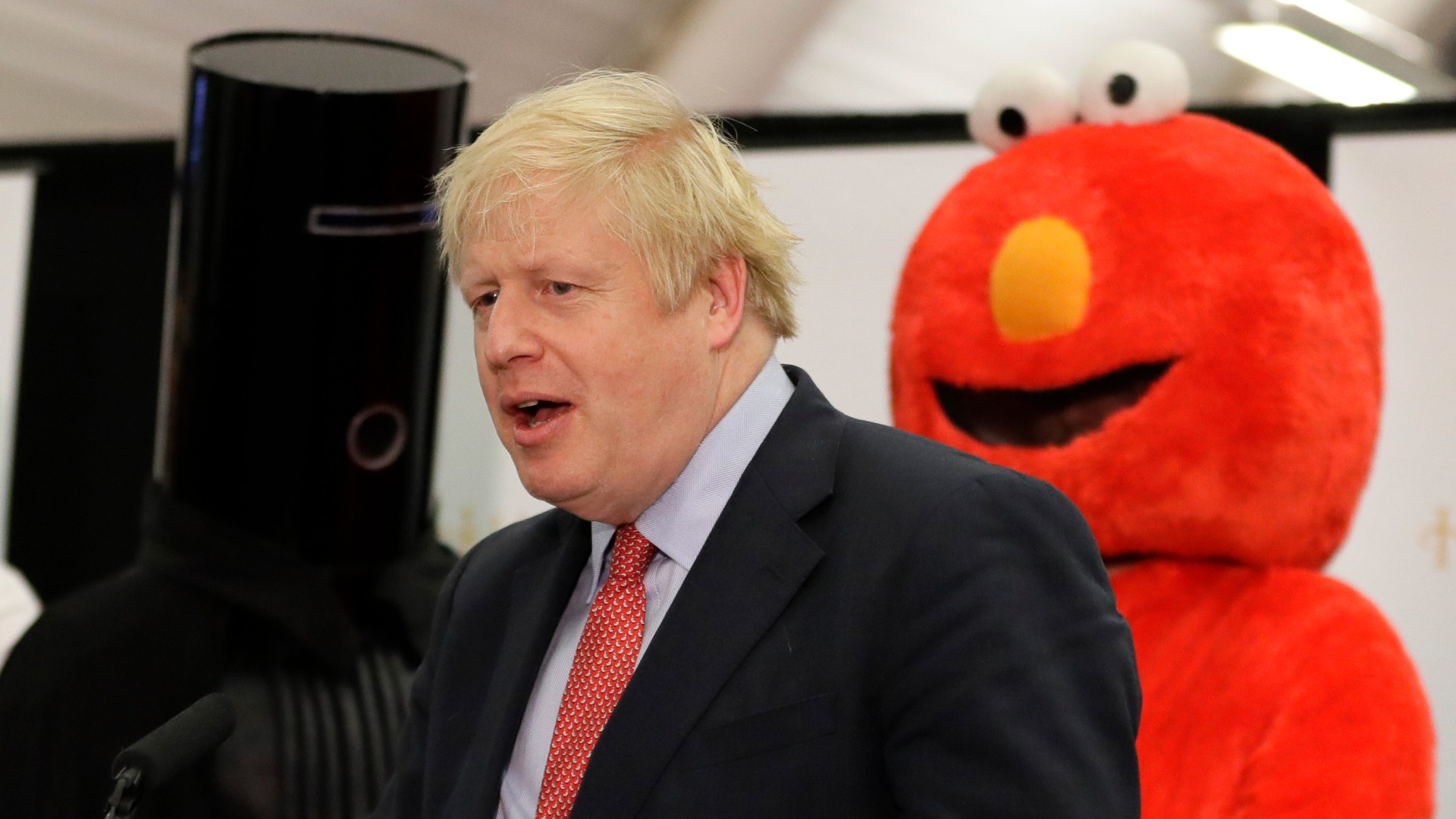 Here's a quiz question: How many people voted for Boris Johnson in the UK's December 2019 election? With all due respect, your answer is almost certainly wrong: from a registered electorate of 47,587,254 – of whom more than 32 million voted – the number voting for Johnson was 25,351.

That was enough to make him the elected representative for Uxbridge and South Ruislip, seeing off rival candidates including Labour's Ali Milani (18,141 votes), Lord Buckethead (125), Count Binface (69) and Yace "Interplanetary Tim Lord" Yogenstein (23). Therefore, he could take his place in the House of Commons, and lead his victorious Conservative Party into government.

Although it is manifestly true that party leaders can win (and lose) elections, the UK's parliamentary electoral system is decidedly non-presidential. Each local constituency elects its own member of parliament – usually a member of a larger party whose policies the voter prefers, but also a representative of local concerns.

If they are members of the winning party (or in very rare cases invited across the parliamentary divide), some of these MPs will be part of the cabinet, others may be junior ministers, but many more will be backbenchers without ministerial roles; in terms of governance, their main power comes from steering policy through parliamentary speeches and votes.

The executive committee without a CEO

All large organizations need an executive committee. There are 650 MPs, but only around 25 members of the cabinet. Cabinet meetings are usually held once a week at 10 Downing Street.

In theory, the prime minister is merely the "first among equals," with policy decided harmoniously around the green baize table (or, as is the way in spring 2020, via Zoom video-conferences). Cabinet collective responsibility decrees that all members publicly back the joint decisions made there, no matter how fiercely they may have objected in private.

In essence, the cabinet is a miniature debating chamber at the very heart of government, but different prime ministers have used that forum to different extents. More didactic leaders like Margaret Thatcher and Tony Blair have often come to cabinet for little more than rubber-stamping of policy decided elsewhere, usually in bilateral meetings with ministers.

Given the theoretically consensual structure of cabinet and the need for unified government in time of national crisis, it is possible for a cabinet-based government to continue in the absence of the prime minister – to a certain extent. 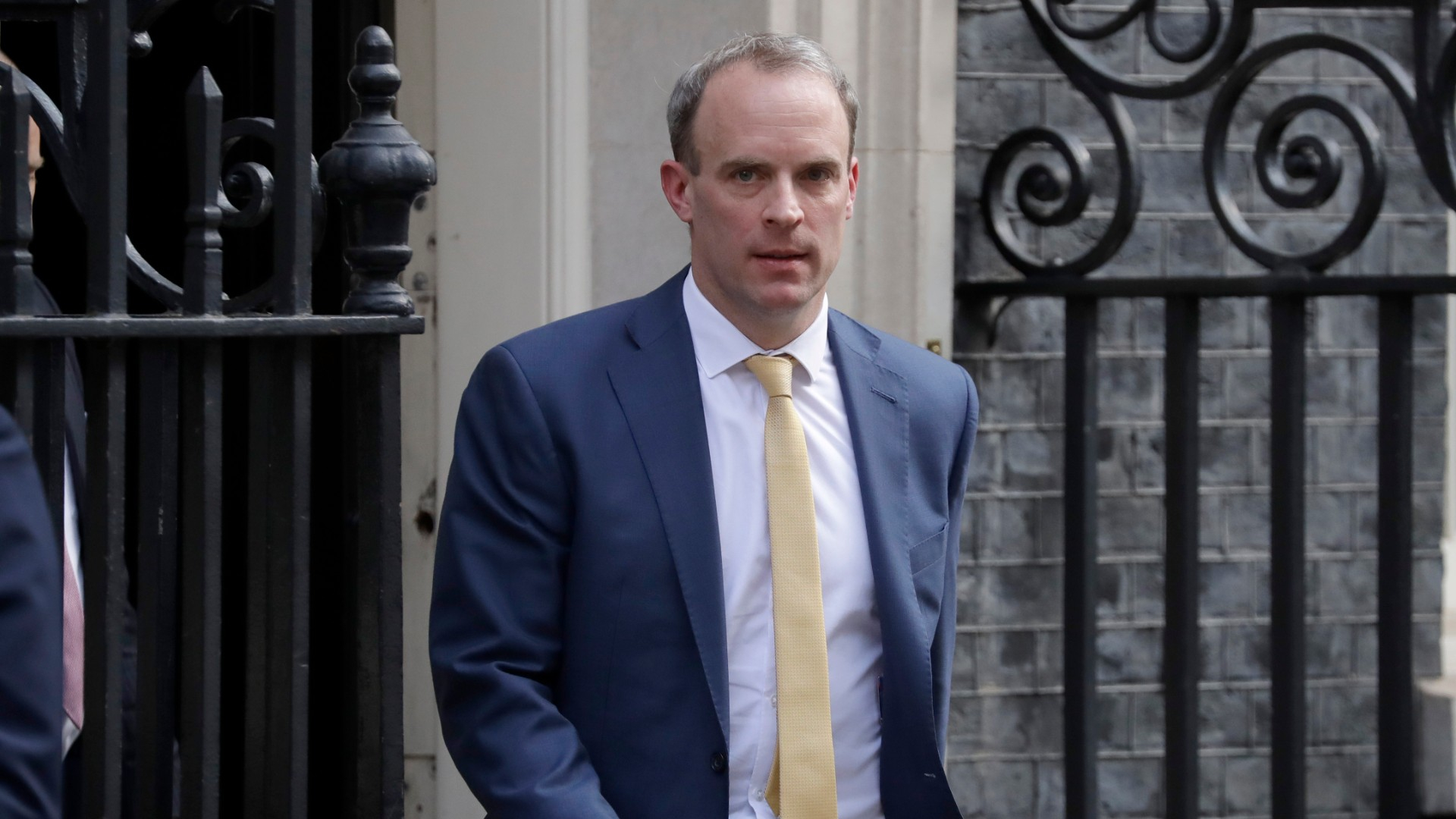 With Boris Johnson taken into intensive care on Monday evening, Dominic Raab has stood forward in his role as first secretary of state, the PM's de facto deputy. The foreign secretary was asked by Johnson to take over "where necessary" – another potential layer of confusion, especially as the PM's office at Number 10 insisted that despite Raab's duties, Johnson remains in charge.

On Tuesday morning, Cabinet Office minister Michael Gove assured the public that "the work of government goes on," that "we are all working together to implement the plan the prime minister set out" and that "we have proceeded completely by consensus, and we do so in a team way following the scientific advice and medical advice."

Other senior political figures have also made soothing noises. Former Conservative leader and cabinet member Iain Duncan Smith said "I hope I can reassure everyone, having sat at the table myself, the cabinet system of government allows this to happen. It is not a presidential system: we have a prime minister who is first amongst equals. The rest of those equals are still in post."

Echoing Number 10, Gove insisted "the prime minister always remains the prime minister," but there are clearly limits to what Johnson can do and questions over Raab's reach into the PM's wider executive functions, such as national security duties including control of the country's nuclear deterrent.

Notably, Gove declined to comment on who would carry out those functions, and that vacuum has worried some MPs. On Tuesday morning, Conservative MP Tobias Ellwood, who chairs the Commons defence committee, called for specificity: "It is important to have 100 per cent clarity as to where responsibility for UK national security decisions now lies."

Later on Tuesday, a Number 10 briefing confirmed that Raab would not replace Johnson at the weekly briefings with the Queen, which have been suspended while Johnson is ill. Nor can Raab hire and fire ministers. However, he does have, in concert with the cabinet, the authority to take the country to war if need be: "The first secretary of state [Raab] and the cabinet have the authority and ability to respond in the prime minister's absence," said a spokesman. 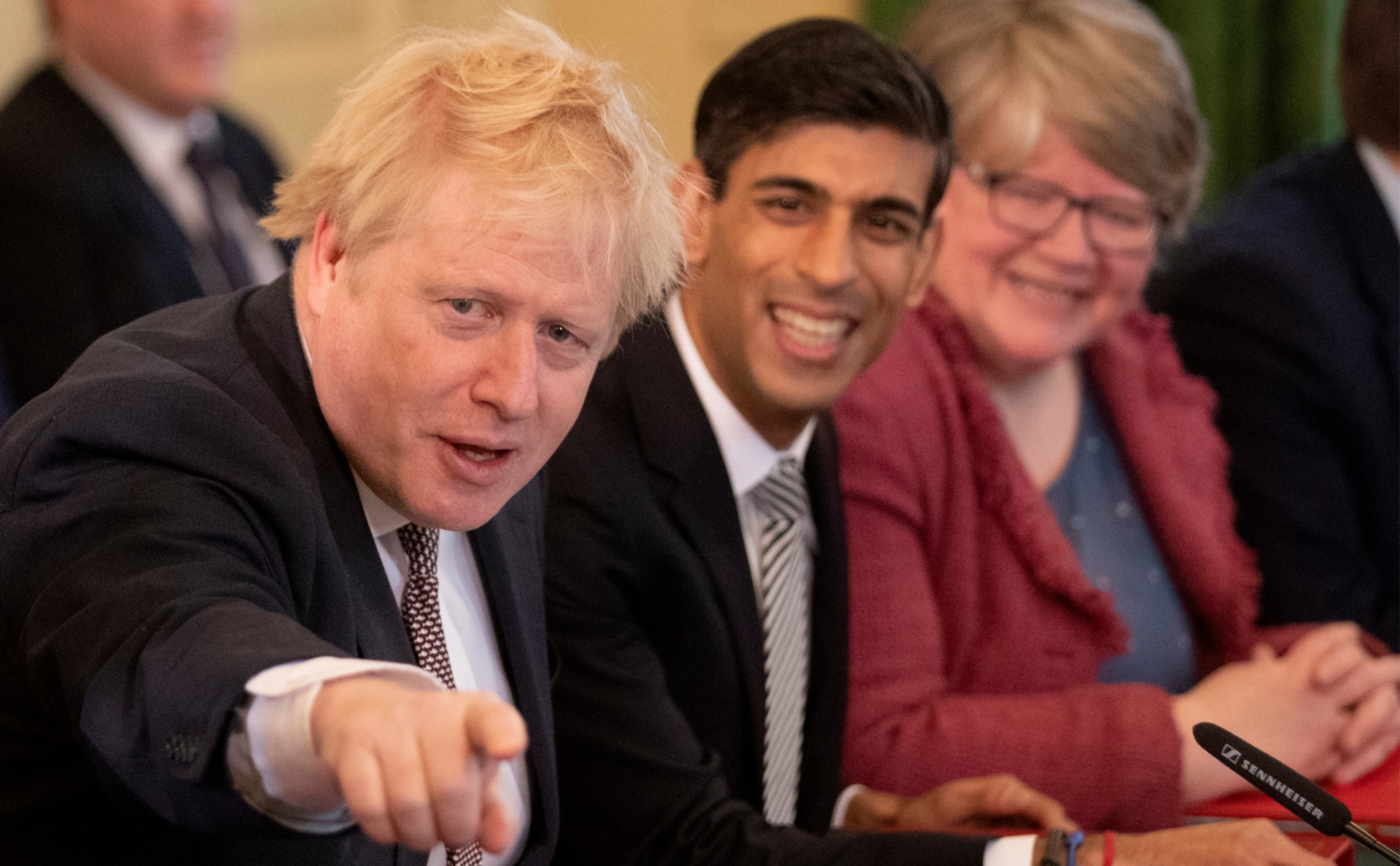 On 14 February, Johnson unveiled his new cabinet after a reshuffle ousted senior figures including chancellor Sajid Javid. If Raab should fall ill while Johnson is still incapacitated, Javid's successor Rishi Sunak, centre, will be in charge of the country. /Matt Dunham/AP Photo

On 14 February, Johnson unveiled his new cabinet after a reshuffle ousted senior figures including chancellor Sajid Javid. If Raab should fall ill while Johnson is still incapacitated, Javid's successor Rishi Sunak, centre, will be in charge of the country. /Matt Dunham/AP Photo

Clearly there is scope for confusion but also for compromise and finding a solution that works – for now, at least. But decisions may need to be taken soon. The opposition Labour Party has just taken a leisurely three-plus months to elect a new leader, but the government may have to act much more quickly than that considering the need for decisive leadership during the COVID-19 crisis.

If Johnson cannot return, it is likely that either the cabinet or the Conservative Party MPs as a whole would choose a replacement; this may be followed by a vote among the party membership to endorse - or challenge - the appointment, although this would most likely wait until after the worst of the coronavirus crisis has passed.

However, whereas a president can be replaced by a vice-president without much logistical fuss, the UK system is very different. Inside and outside cabinet, the prime minister is expected (and often impelled) to adjudicate between different departments.

Were Raab to step up to leadership on anything but a temporary basis he would surely have to step away from his role as foreign secretary – itself a key position, one of the four great offices of UK state with prime minister, chancellor of the exchequer and home secretary. This department would then have to reorganise under a new leader.

And what if Raab himself should fall ill, while Johnson has not yet recovered? On Tuesday, Number 10 revealed that the next in line is chancellor Rishi Sunak, a 39-year-old with six weeks of cabinet experience.