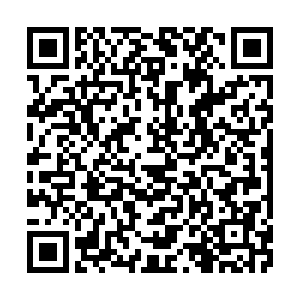 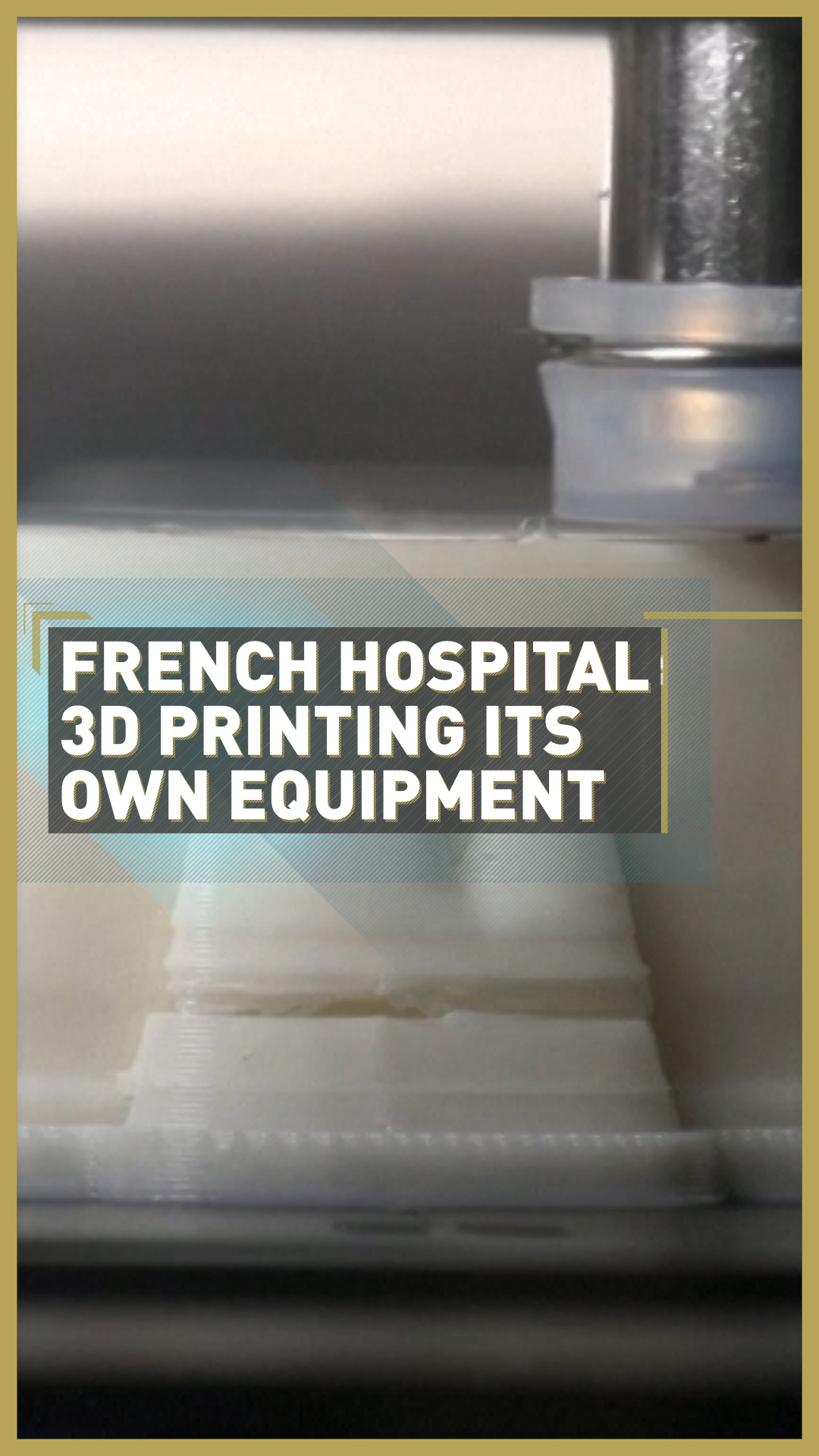 A French hospital has set up a makeshift 3D printing factory in its building to help produce medical necessities as the country continues to be overwhelmed by COVID-19.

The facility, set up in the hall of Paris's Cochin hospital, has 60 printers fabricating parts for medical equipment and other protective gear on site ready for use within hours.

The project was set up by the University of Paris in collaboration with Public Assistance-Paris Hospitals and French computer design company CADvision. 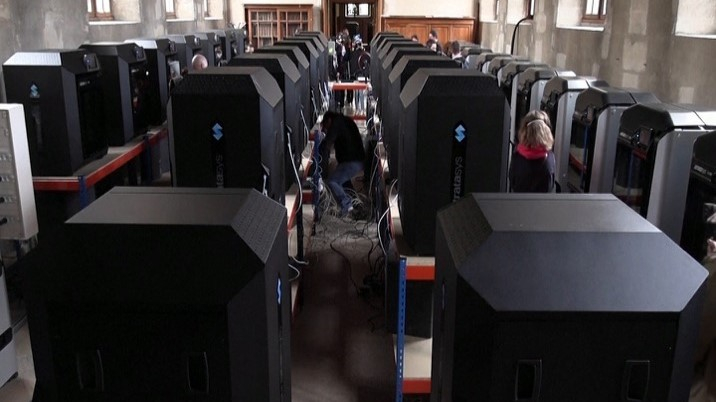 All 60 3D printers are packed into one of the hospitals halls. /Reuters

All 60 3D printers are packed into one of the hospitals halls. /Reuters

Reman Khonsari, a surgeon at the nearby Paris Necker hospital welcomes the idea: "The advantage of 3D printing is that we can go from a virtual prototype to an object in a few hours. To manufacture such a device through a usual industrial process, like plastic injection, one needs to produce moulds, one needs an entire factory to fabricate the object.

"Here we can go directly from a virtual prototype to a physical prototype, test it quickly, and then start large-scale printing in the following hours. So, it responds well to the needs during a crisis, for objects that are well suited to what 3D printing can do." He added.

The printers use a plastic filament heated at 300 degrees Celsius. Moulding the filaments in fine layers until a solid object is formed.

Ben Neuman, visiting associate professor at the University of Reading and chair of biological sciences at Texas A&M University-Texarkana, thinks the production factory is a good idea:

He said "I think it's going to help a little bit in some cases. And some of these mass are going to be durable enough that you may actually be able to find a way to sterilize them and re-use them. And they're also being able to print ventilator parts, which is something that a lot of countries are having a hard time getting." 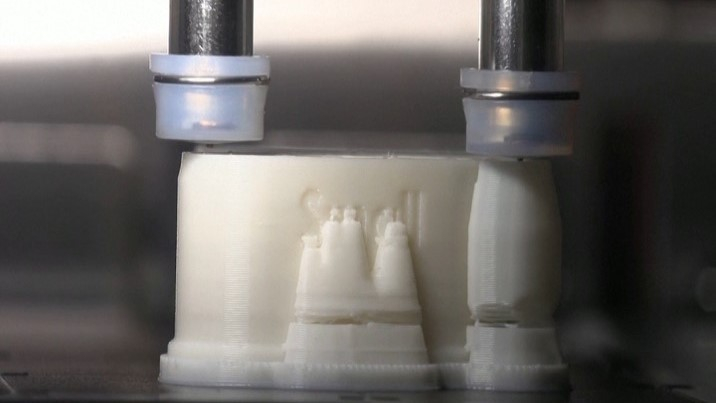 France's COVID-19 death toll has surpassed 6,000 in recent days and became the fifth nation to pass confirmed cases in China.

The country has struggled to cope with the overwhelming numbers of COVID-19 patients and has had to transport patients by plane to Germany and with the use of a high-speed train across the rest of France.

But the hope is, with the help of these printers, they will be better equipped for COVID-19 patients.