A matter of life and death: Which patients should doctors treat first?
Giulia Carbonaro 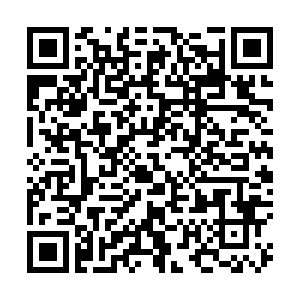 People are being told to stay at home during the COVID-19 pandemic – a measure to prevent hospitals from becoming overwhelmed and to avoid medical staff having to make one of their toughest decisions: Which patient gets treatment first? 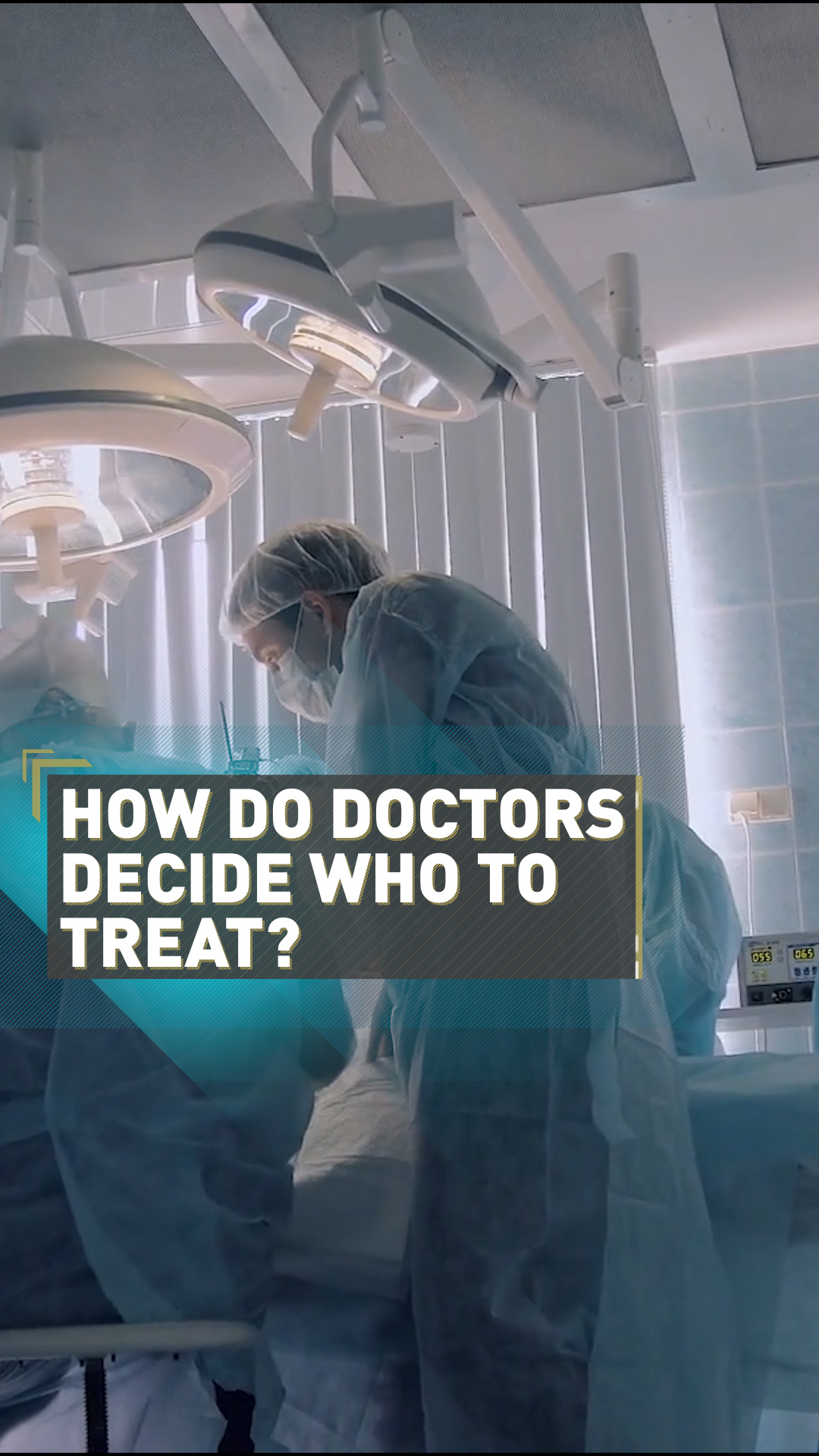 In overwhelmed hospitals in northern Italy, where the numbers of ventilators available doesn't meet the number of patients who need to be intubated, there have been cases of doctors forced to choose to turn away one patient over another, deciding whose life is worth saving.

"Everything that we do in medicine has a moral underpinning and we need to be able to justify the decisions that we make," says Mark Bratton, an expert on medical ethics and law, which he teaches at the University of Warwick Medical School, UK.

Bratton used to be a barrister but is now a clergyman, working in a beautiful medieval church in a very English village in the West Midlands. In the context of his work, he's done some thinking about pandemic ethics.

"What we are doing is applying well-established principles of medical ethics to this very unusual and unique situation," says Bratton. "And it may be the case that certain ethical principles acquire greater prominence because of the unusual situation."

A nurse comforting another at the end of an exhausting shift in the Cremona hospital, southeast of Milan, Italy. /Paolo MIRANDA / AFP

A nurse comforting another at the end of an exhausting shift in the Cremona hospital, southeast of Milan, Italy. /Paolo MIRANDA / AFP

Sorting the patients: the rules of triage

Medical ethics is a discipline in constant development, and almost as old as the practice of medicine itself. It has its roots in the Hippocratic oath, an ancient Greek medical text that dates back to a time between the fifth and third centuries BC. Historically, new physicians used to take this oath, stating principles like the rule of confidentiality, non-maleficence (do no harm) and beneficence (do good or avoid doing harm). The oath has been updated many times to adapt to the development of modern society and modern technology, one key moment being after World War II, when the horrors perpetuated by the Nazi doctors – non-consensual treatments, murderous treatments – were revealed.

Medical ethics permeates the actions of doctors across the world every day, but it's of fundamental importance in emergency situations, in war zones or in areas hit by natural disasters.

In these circumstances, doctors rely on triage, a process used to determine which patient gets priority treatment according to their medical condition, when there are not enough resources to treat all patients immediately. Napoleon's chief surgeon is traditionally considered to have invented the practice of triage when, during the Napoleonic wars (1803–1815), he ordered that soldiers in acute need should receive treatment first.

Triage can follow different ethical approaches. There's the one that Italy is following – the utilitarian approach – aimed at achieving the greatest happiness for the greatest number, trying to create as much good and to minimize as much harm as you can.

There's an egalitarian approach, that aims to treat everyone equally, regardless of how much happiness is produced as the result of it. And there is a deontological one that looks at what's right and what's wrong.

According to Bratton, when doctors make decisions, they tend to combine all these different approaches.

A medical worker tending to a COVID-19 patient in a hospital near Rome, Italy. /Alberto PIZZOLI / AFP

A medical worker tending to a COVID-19 patient in a hospital near Rome, Italy. /Alberto PIZZOLI / AFP

How to decide who's worth saving?

Doctors and hospitals in their practice follow principles that have been long established in the history of medical ethics. "Firstly, that everybody is of equal value. Whatever your background, whatever your creed, whatever your age. Every human being is of equal worth and deserves equal respect," explains Bratton.

The second principle that doctors follow is the one we find in the original Hippocratic oath, "First do no harm," which in everyday practice translates to minimizing or reducing harm to the patients.

"Now, of course, that is going to be one of the most relevant ethical issues in the current context. Given these overwhelming demands that are being made on time and resources, how do I, taking into account the whole picture and the constraints that I am working under, minimize the amount of harm that would otherwise result?," says Bratton.

"There are two other principles that are also important. One is the principle of solidarity. And I want to say, by way of observation, that one of the extraordinary features of this current crisis is the way that people are recognizing that they are all in this together," Bratton points out.

"And then there's another ethical principle. And it's going to be quite a difficult ethical principle to apply, which is the principle of transparency, because doctors and nurses will be making decisions under huge time and resource pressure. In normal circumstances, they would have an obligation not only to make good decisions, but also to give a proper account of how they arrived at the decision that they made.

"But in this situation, we need to remember that ethics and law are not algorithms. Doctors cannot come in and say, 'Ah, good. I can put this coin into the slot machine, entering all the different variables and – hey presto! – out comes the right answer for the situation.' They won't have time even to do that. Even where possible, they have to make what I would call a synthetic judgment under pressure. Taking intuitively all these factors into account. Because they won't have time to think."

These principles are guidelines that doctors can follow when faced with grave decisions.

Medical staff in Paris, France, prepare to evacuate 36 COVID-19 patients to the western regions of the country. /Thomas SAMSON/ AFP

Medical staff in Paris, France, prepare to evacuate 36 COVID-19 patients to the western regions of the country. /Thomas SAMSON/ AFP

An exercise in triage: Who would you treat first?

Bratton gives us a hypothetical example of a situation doctors could be confronted with, should hospitals become overwhelmed and should they have to choose between different patients.

"You have an elderly woman with a number of underlying health problems, which would probably have brought her life to an end in the short term, who comes in [the hospital] with somebody in their middle age who hasn't been particularly healthy but is an important key worker, and a young student who is hoping to go into university but is suffering particularly severely from COVID-19," illustrates Bratton.

"You've got limited resources, let's say a limited number of ventilators, a limited number of staff. You want to apply the principle of equal worth because they're all equal as human beings, equally precious. But you have to make a judgment. And so you might take the view that in the case of the elderly woman with a  number of other serious underlying issues to treat her in these circumstances would probably be to prolong her death rather than to prolong her life. You might want to invest a great deal more in the key worker because they're really important in society.

"Remember that principle of solidarity? We're all in this together. We've all got a part to play. That person has a particularly important part to play. And then you've got the young man who's got a serious case of COVID-19 but is otherwise healthy and may be more likely to recover.

"You might want to invest more on the key worker than you might the other two. So in order of rank, the key worker, number one. The young man, number two, the elderly woman number three. That's a very crude illustration of a triage system. Life is always more complicated than that, but it's in very general terms. I guess a meaningful example of the kind of decisions that doctors and nurses will have to make in reality."

What will the NHS do in the UK?

Bratton explains that legally the decision on prioritizing patients is taken by each hospital independently from national guidelines – and despite general policies and frameworks being set at the national level, they do not dictate what doctors and nurses should do in specific situations.

The British Medical Association has announced that, should British hospitals be overwhelmed, they should assume a utilitarian approach, like Italy, and choose to prioritize patients with more chances of survival.

"My fear often is that when clinicians and institutions are under huge pressure, such as they are now, it's easy to put ethics down at the bottom of the list in order to attend to the more urgent clinical issues which they're facing. But, of course, we need to remember, and that's perfectly understandable. You know, we wouldn't wish this crisis even on our worst enemies," says Bratton.

The moral burden of triage

The kind of distributive justice established by rationing intensive care according to utilitarianism may be the most rational and apt to the current crisis, but it's not the way medical staff normally operate. Doctors and nurses work face-to-face with patients, and their job ordinarily asks them to put the interests of the patients first.

Medical staff will find themselves in the situation of having to take decisions they might feel uncomfortable with, and that people might criticize, deciding who lives and who dies. It's an incredibly heavy moral burden our medical staff will have to carry. "The important thing is that they're able to justify those decisions ethically, let alone legally," says Bratton.

"A lot of ethics is not about determining with certainty what the right thing to do is and what the wrong thing to do is, it's accepting that different people may have come to different decisions in perfectly justifiable ways. The important thing is being able to articulate, to make accountable and transparent the reasons for the decisions that you've made.

"'Why wasn't my grandmother treated in these circumstances when in the bed next door somebody in a comparable position was being treated?' How can you justify that? And I think that those will be difficult questions to answer.

"Nevertheless, I'm confident that there will be a general appreciation of the almost impossible demands that are being made of our medical profession and nursing professions at the moment and that we can't expect a counsel of perfection."

In Bratton's opinion, these exceptional times of crisis will force the entirety of society to reflect on what are the values that really matter to us. "It's only when our values are put at risk as a result of a crisis that we're forced to dig more deeply, kind of morally, intellectually and personally," he states.