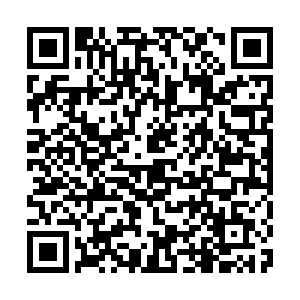 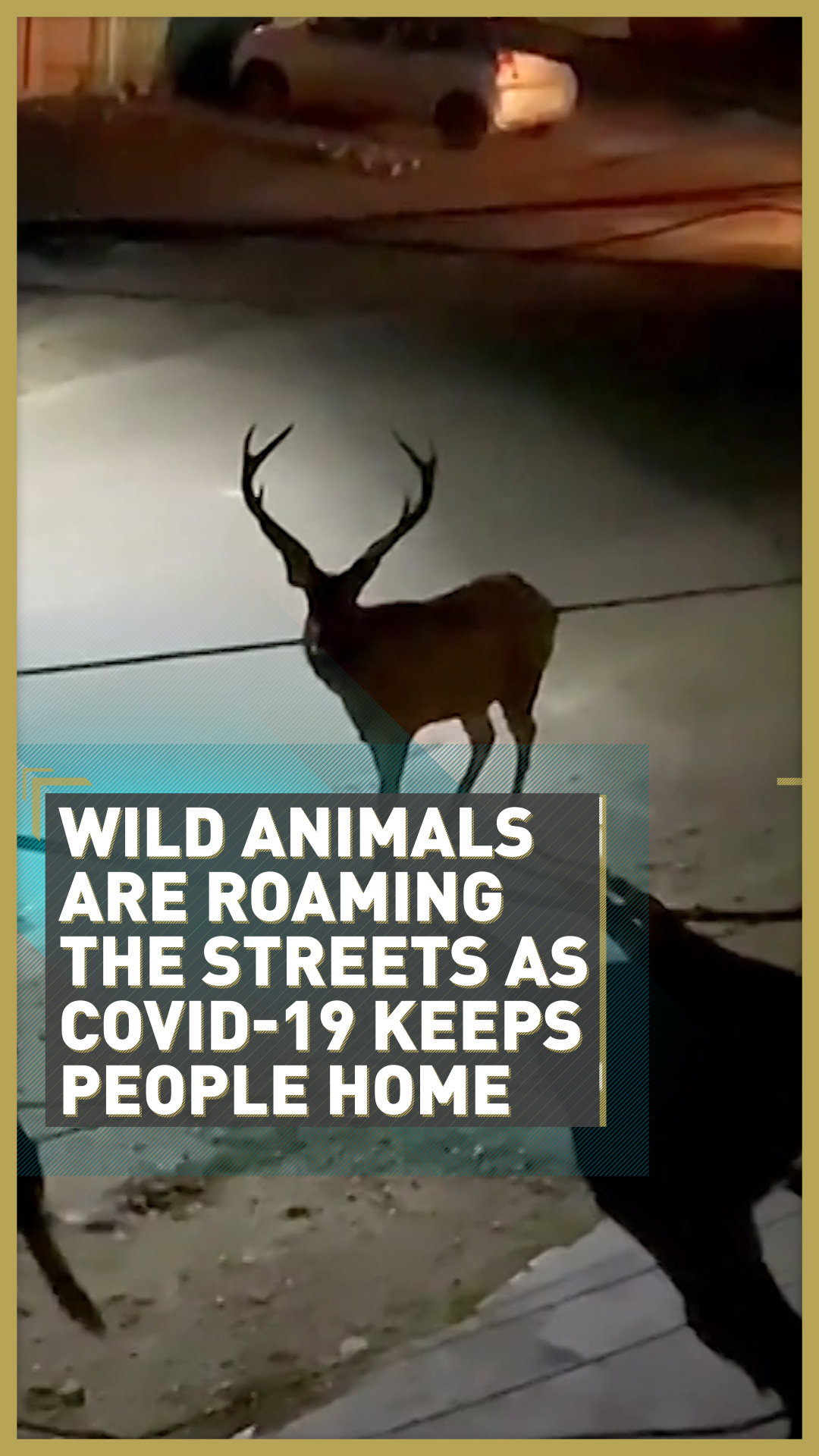 Wild animals have been spotted in urban areas across the world as they explore the empty streets of towns and cities, locked down in the fight against COVID-19.

Driven by a search for food and encouraged by the lack of people, animals including goats in Wales, pumas in Chile and monkeys in Thailand are increasingly entering the spaces left vacant by humans, who are isolating indoors due to the global coronavirus crisis.

It has even led to the discovery of an animal thought extinct, when a passerby filmed the Malabar civet cat searching for food on the streets of Kozhikode, India.

In Santiago, Chile, which is under curfew, a one-year old Puma roamed the streets for 15-hours before being tranquilized and released back to the wild.

Speaking to AFP, Marcelo Giagnoni, the head of Chile's agricultural and livestock service, which helped police capture the curious big cat, said: "This is the habitat they once had and that we've taken away from them." 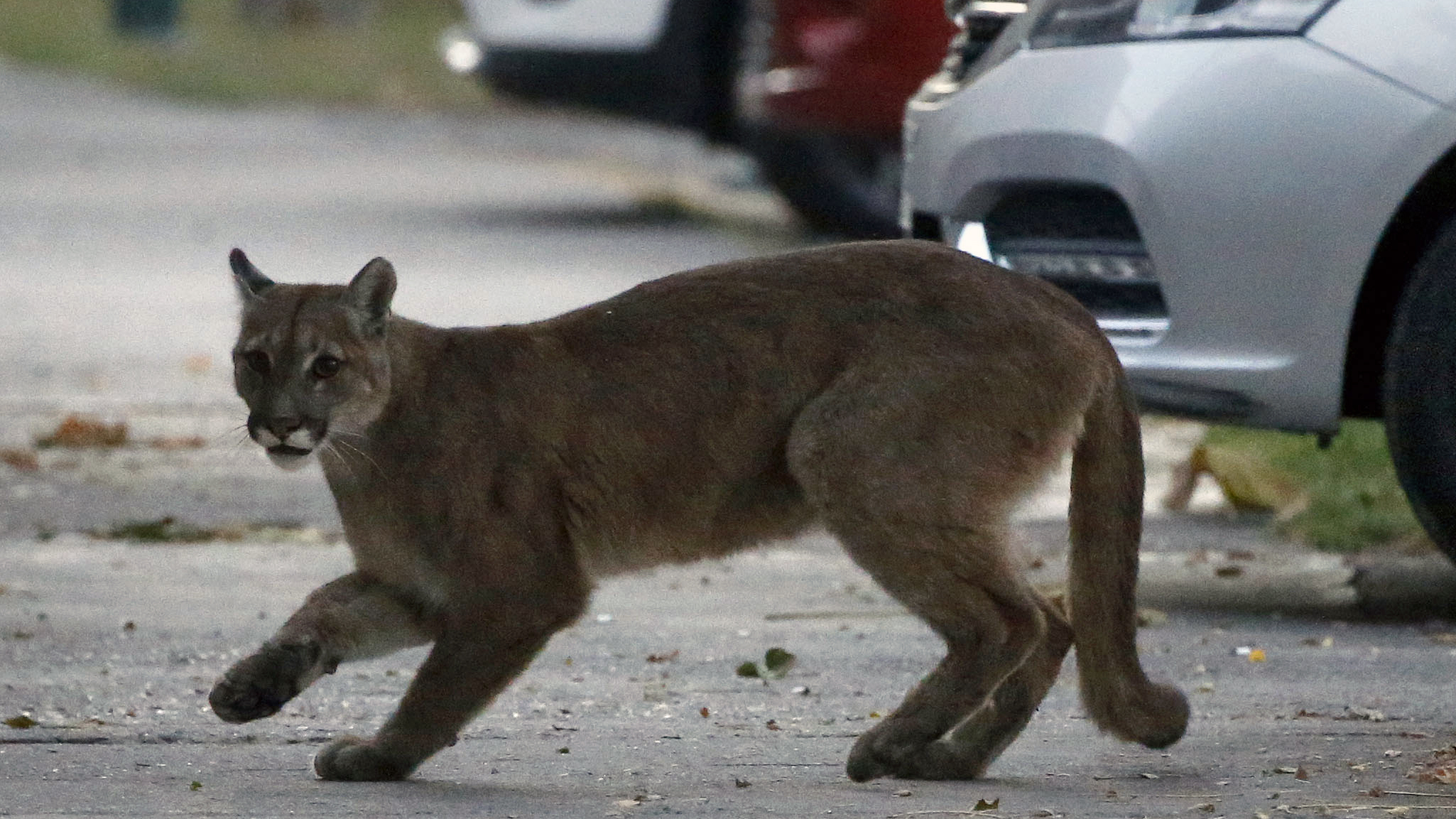 A puma in the streets of Santiago, Chile. Andres Pina/Aton Chile/AFP

A puma in the streets of Santiago, Chile. Andres Pina/Aton Chile/AFP

In the Welsh town of Llandudno, a herd of Kashmiri goats, which usually graze freely on a nearby headland, have taken advantage of the unusually quiet streets, spending the past three days feasting on flowers and hedges.

Town councillor Carol Marubbi said the goats didn't normally come into town unless the weather was awful, but on this occasion she said they probably realized something unusual was going on because there were so few people around.

"I think they're probably feeling a bit lonely and they have come down to have a look around," she told Reuters.

Due to the restrictions, wildlife has "free rein to wander our cities and towns," said Romain Julliard, head of research at the French Natural History Museum.

He told AFP that foxes were at the vanguard of the new urban explorers: "They change their behaviour very quickly. When a place becomes quiet, they're straight in there."

Animals that normally live in urban parks, such as sparrows and pigeons, are also more likely to venture beyond their usual territories, Julliard said, "freeing a space for other animals."

The lack of activity may allow some animals to flourish, but it poses a significant threat to those that rely on humans and the waste they produce for survival.

The German Animal Welfare Association, referenced by broadcaster Deutsche Welle, warned that the lockdown could lead to the deaths of urban-dwelling animals.

Leonie Weltgen, the charity's specialist for species protection, told the German Express newspaper that pigeons could die unnecessarily. "Pigeons are very loyal to their local habitat. They will not leave the city centers and will starve to death if they are not provided with food soon," she said.