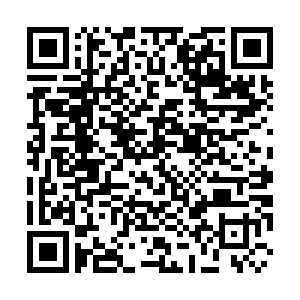 "This is not the time for different opinions. We have to act together."

It might seem like a simple statement amind a global health crisis, but coming from Hungarian leader Viktor Orban, it's anything but.

Hungary's parliamentarians are voting on a new bill, which would give Orban's administration the open-ended power to rule by decree. It's unclear how this would immediately impact businesses, although it seems unlikely restrictions to opening hours or public movement will be lifted any sooner.

Elsewhere around Europe, a "tsunami" of job losses has hit the Irish hospitality sector, and the Norwegian sovereign wealth fund has lost $124 billion (yes, billion) as markets continue their cliff-like fall.

There are some good headlines, such as the noted inventor of vacuum cleaners and space-age fans James Dyson pivoting his business to make medical ventilators. And as China appears to recover from its outbreak, our video today features a hairdresser who has decided to keep the delivery job he moved to when the outbreak began. It's a great example of how the global economy is changing in the face of the crisis.

As ever, don't be afraid to forward this briefing – anyone new to this daily update can subscribe here to have it delivered direct.

Happy reading, stay safe out there,

Job losses sparked by the COVID-19 crisis have hit Ireland, with the hospitality sector hit especially hard. Layoffs could amount to 350,000 staff, according to EY Ireland, as John Douglas, chief of the Mandate union for retail and bar workers described a "tsunami" of redundancies.

Dutch bank ABN Amro said it lost $200 million in one fell swoop this week, as a client of its trading arm failed amid ongoing market volatility.

UK food retailers are struggling to keep up with the demand for home delivery services, after Prime Minister Boris Johnson told citizens to use online options instead of going out to shop. Tesco chief executive said the supermarket is at "full capacity" for several weeks to come.

Debt markets are the latest to witness turmoil, as Ford's investment ratings were downgraded by Moody's and S&P Global. This forced $36 billion of the U.S. motor company's debt to the junk bond markets, putting pressure on traders and the car maker.

Famous for making vacuum cleaners and hand dryers, Dyson has today announced it will manufacture 15,000 medical ventilators. Most are bound for the UK's National Health Service, though around 4,000 of the newly designed machines will be sent to other nations.

As job losses mount and firms delay publishing results, European stock markets have fallen by an average of 2 percent. Newly released unemployment figures from the U.S. hit record highs at 3.28 million – up from just 282,000 last week.

New retail data from the Office for National Statistics show UK sales stagnated to their lowest level since 2013 last month – crucially, before COVID-19 forced most shops in the country to close.

Europe could face shortages of fresh fruit and vegetables in the near future, as suppliers in places such as Kenya and South Africa said stocks are running low and workers have been advised to stay at home.

The harm to the Irish economy from COVID-19 is expected to be a contraction of around 7 percent, according to the Economic and Social Research Institute. Before the pandemic, Ireland's GDP grew by 4 percent.

The Norwegian sovereign wealth fund – the largest in the world – has lost at least $124 billion since global stock markets crashed due to the ongoing pandemic.

Deng Mingkai, 21, had been a hairdresser for four years. He was supposed to return to work on 1 February, after the Chinese New Year holiday. But after COVID-19 hit the country, all he got was a notice of work suspension.

The coronavirus outbreak has caused tremendous economic damage globally. Businesses have shut down, some permanently, forcing many people into desperate situations. Some have had to ditch their careers and look for work in sectors with increased demand during the pandemic. 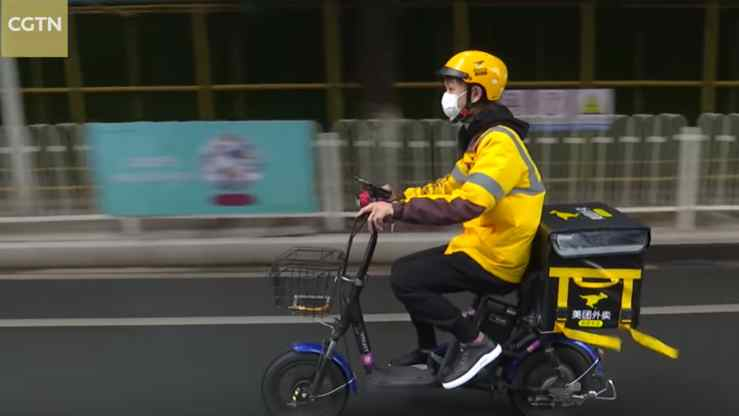 The coronavirus pandemic has caused turmoil to most, if not all, aspects of life as we know it – trade being one of them. Rajneesh Narula, a professor of international business regulation at the University of Reading, told CGTN Europe the scramble for essential kit is changing the dynamics of world trade.

Can you summarize the current international trade situation?

Yes, I think we're looking at wildly fluctuating demand for pretty much everything. So, certain things, everybody suddenly wants face masks, paracetamol, ventilators and nobody wants T-shirts and automobiles and so forth.

And normally firms plan their production a few months in advance. But that obviously isn't possible right now. But how do you reorganize supply chains on short notice? It's quite difficult, it's very hard to repurpose factories that made T-shirts to make ventilators and so on and so forth. But I think the biggest problem we're going to see is the weaknesses in the logistics aspect of the supply chain. That is the delivery people, the trucks, the ships, the people packing the things, the customs inspectors. And these are really important people in the supply chain.

What is this sense of rising food nationalism and export controls? Why are countries doing that?

And the last thing you want is to have a hungry population who find the price of staples, of rice, of wheat, rising. And, of course, with rising unemployment as well, you don't really want to have an unhappy population getting worried about their own survival. So, I think it's called food security in many sectors. But, it's not just the food security issue, it's also other things like medical supplies, like ventilators. You know, this is a big issue in the U.S. and in Europe, is a shortage of ventilators. But where are the ventilators coming from? Who's making them? So there's also that thing that you're now going to have a new trade war of trying to control the supplies of what is now deemed to be essential goods.

So, could you call this essentially 'hoarding' at a national level?

Yes, that's precisely it. I think we're going to see this phenomena grow and we're going to see 'This is my factory. You can't have any if it's output' and so on and so forth. And we can already see this because Trump has passed a bill which allows him essentially to nationalize or control production of factories for the national interest, which is also going to be a problem because these factories might belong to German or Dutch or Chinese companies and suddenly the ownership is changing.

So it leads to a kind of tit-for-tat, a new form of trade war as everybody wants to control what they deem to be important for their national security.

And who are the biggest losers going to be, presumably developing countries, certain countries in Africa that may only have a handful of ventilators, for example?

When you look at developing countries, that they don't really have much to offer. They have commodities. They're commodity producers and the demand for commodities has fallen. So, on the one hand, they don't have the money that is needed to buy things, to import ventilators or face masks or medicines, it is going to be in short supply. At the same time, nobody's going to sell them this stuff. So you're going to, as you say, look... they're going to look to charitable organizations and the kindness of strangers, if you will, who are able or willing to offer free or subsidized or give them some kind of access.

Rajneesh Narula summarized the current picture when it comes to global trade – but what did it look like before COVID-19 struck? Today's graph shows the trade done between EU member states and the bloc's main trading partners last year. The U.K. is included although it was a member in 2019, to show its importance to Europe-wide trade. 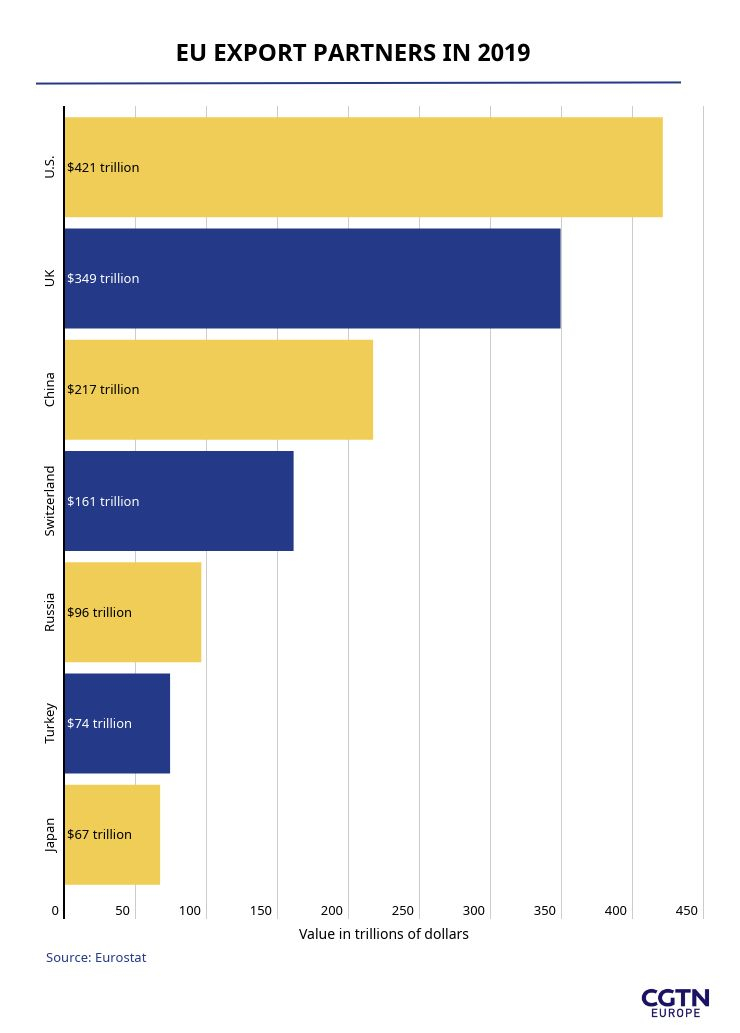