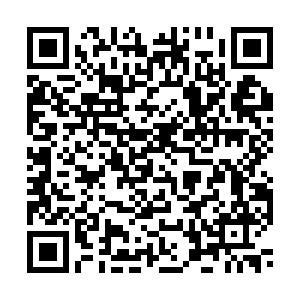 - Italy's infection rate has slowed down for the fourth consecutive day. The daily death toll also decreased from 743 to 683 victims. But the number of deaths among doctors, nurses, and pharmacists grows, with a total of 36 medical staff members dying after testing positive for the virus.

- Spain is extending the state of emergency in the country for two more weeks after its recorded death toll has surpassed China's.

- The French government has announced it will launch a special train to transport patients from the east of the country – the worst affected area – to the west to offer relief to hospitals.

- Ireland extends restrictive measures to any indoor social event and limits outdoor gatherings to a maximum of four people, after the number of confirmed cases hit 1,329, with seven deaths as of 25 March.

- Finland's government has announced the region around the capital Helsinki will be isolated from the rest of the country, after a total of 880 cases were registered there.

- Britain's Prince Charles has tested positive and displays mild symptoms. His wife, the Duchess of Cornwall, has tested negative. They are both self-isolating at their residence in Scotland.

- The UK registered a drop in reported crime of as much as 20 percent in some areas of the country after the government's call for people to stay at home.

- France's president Macron has announced he will launch a new military operation and investment plan for the national hospitals to fight the outbreak.

- An 84-year-old man is the first British prisoner to die of COVID-19. He had been detained in a prison in Cambridgeshire.

- The UN warns that restrictive and protectionist measures to fight the pandemic, together with a shortage of field workers after potentially getting sick, could cause global food shortages around the world.

- In Russia, Moscow will close all shops – including restaurants, cafes, and bars – except pharmacies and groceries stores.

- The Russian government will also ground all international flights from and to the country starting tomorrow. Only flights repatriating Russian citizens abroad will be allowed to fly in the country.

- Iran, one of the countries that's been hit hardest by COVID-19, is extending the closure of schools and universities and the ban on large gatherings.

- The U.S. senate has passed a $2.2 trillion aid package to bolster its economy including funds for small businesses and hospitals. 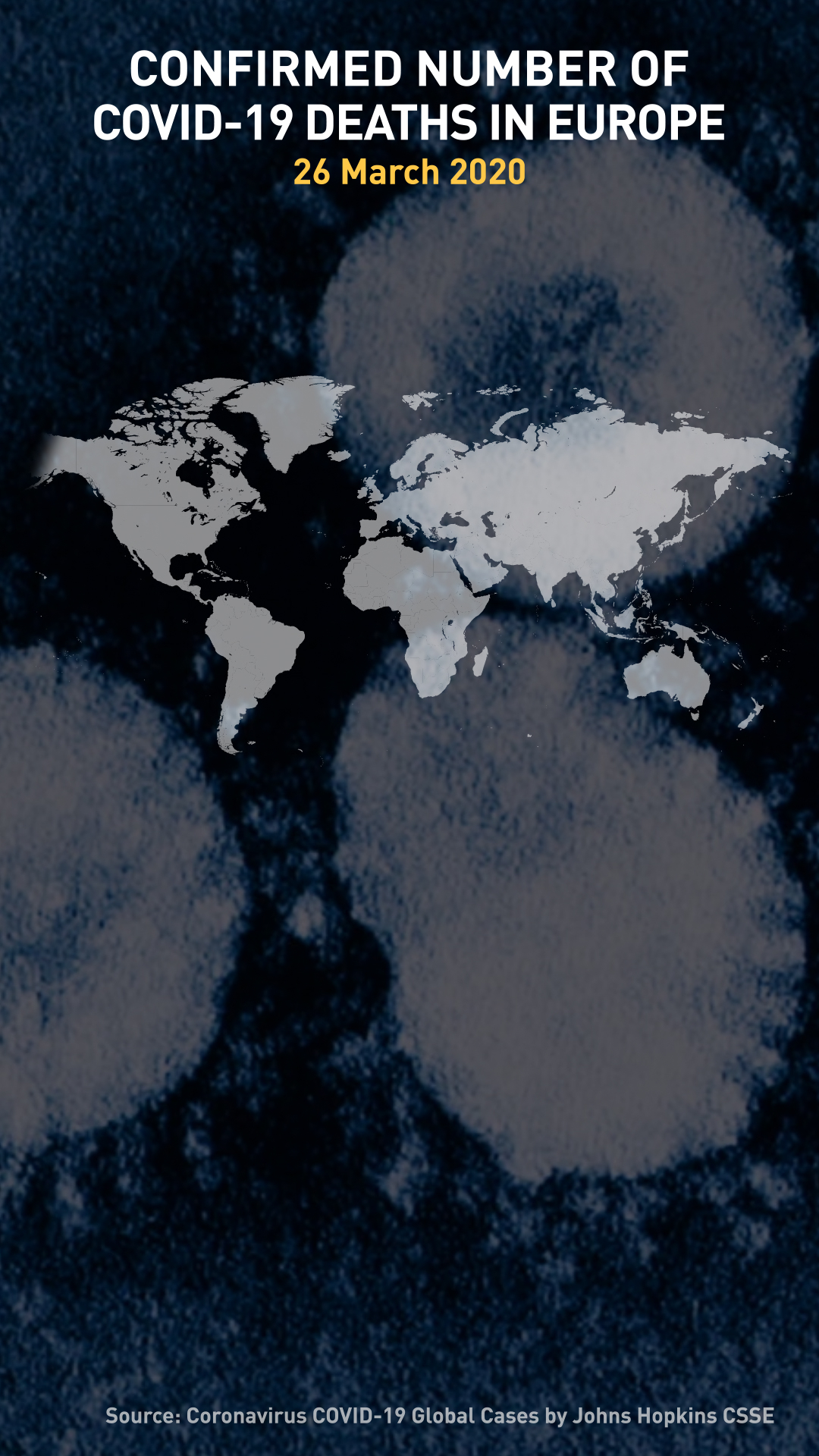 Spain has officially surpassed China's COVID-19 death toll, 3,647 victims – a number only behind Italy's. This data have raised questions on the efficacy of the national lockdown, which has now been extended until 11 April.

Opposition leaders have called on Prime Minister Pedro Sanchez to instigate tougher measures and completely shut down the country, banning all movement of people – unless in case of emergency.

This could mean the closure of more airports and train stations across the country. In the days leading up to the lockdown, many traveled across Spain to rejoin their families, a move believed to have spread the virus. 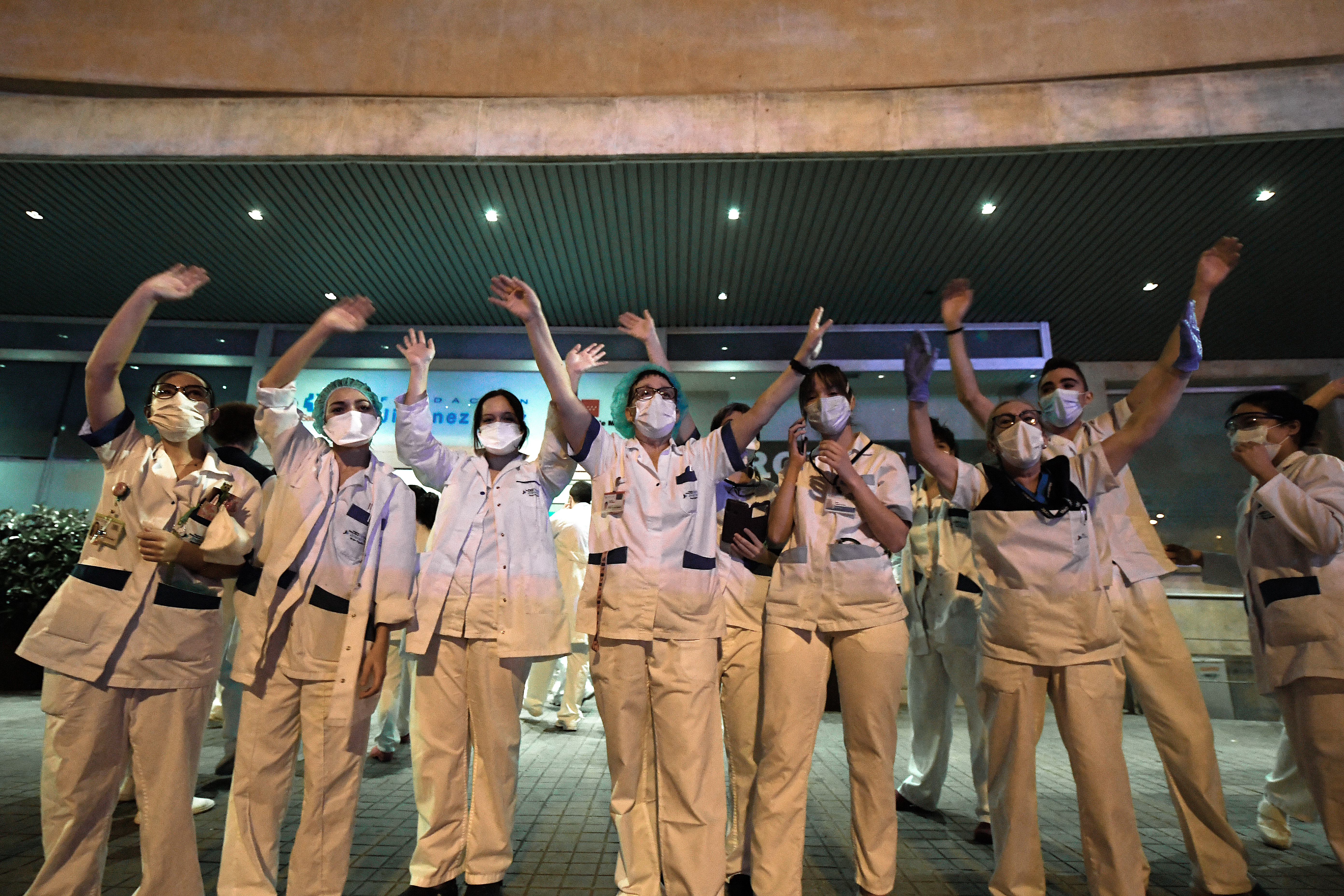 Healthcare workers in Spain wave back at people cheering them from their houses outside the Fundacion Jimenez Diaz hospital in Madrid. /Oscar Del Pozo/AFP

Healthcare workers in Spain wave back at people cheering them from their houses outside the Fundacion Jimenez Diaz hospital in Madrid. /Oscar Del Pozo/AFP

The head of Italy's civil protection, Angelo Borrelli, has tested negative for COVID-19. Borrelli has been one of Italy's key figure in the country's response to the coronavirus outbreak. He had cancelled yesterday's daily news conference after developing symptoms. He will now continue working from home.

Though the number of new cases is decreasing for the fourth consecutive day, along with the death toll, the number of medical staff infected with COVID-19 is on the rise in the country. According to the latest data, a total of 6,205 doctors, nurses, and pharmacists have tested positive for the virus and 36 have died. Officials and members of medical establishments have called for more testing on medical staff and better protection.

Yesterday, Italy recorded the highest number of tests since the beginning of the outbreak in the country, a total of 27,500. But the companies that provide the testing kits say they're running out of material.

A 19-year-old Italian citizen living in London died after a week of fever and coughing. His family suspects he was infected with COVID-19 and thinks his symptoms were not taken seriously enough.

The UK's chancellor is expected to announce plans today to pay self-employed workers up to 80 percent of their recent earnings, following pressure in Parliament for the government to do more for Britain's five million self-employed.

More than half a million people in the UK have volunteered to help the NHS with support roles, doubling the initial target set for the initiative.

A home finger-prick test for COVID-19 will be checked for efficiency this week. If effective, NHS staff could be offered the test in the next few weeks, and it could be made available to the general population through delivery by Amazon.

Two large conference centers in Birmingham and Manchester have been added to the list of 13 sites across the UK being considered for conversion to makeshift hospitals, as work progresses on the 4,000-bed Excel Centre in central London.

In terms of transport, black cab drivers are being considered as a possible transport service for the NHS.

Sports clubs around the country, also affected by the lockdown, have shown their support for the NHS. Among others, English Premier League football club Brighton and Hove Albion has promised to reserve 1,000 seats for healthcare workers at their remaining matches.

French president Emmanuel Macron has launched a "massive investment plan" for the health sector, as his country continues to battle the spread of the outbreak.

Macron declared his goal is to see 29,000 tests being carried out each day. He also announced that the military is going to be mobilized in what will be known as "Operation Resilience." The army's transport, medical and logistics expertise will be used to support the healthcare system.

Also in France, Paris Orly airport – the country's second busiest – is going to close until further notice from 31 March. The National Statistics Institute says there has been a drop in economic activity of around 35 percent since the start of the lockdown and the closure of such a big airport will signal another hit to the economy. 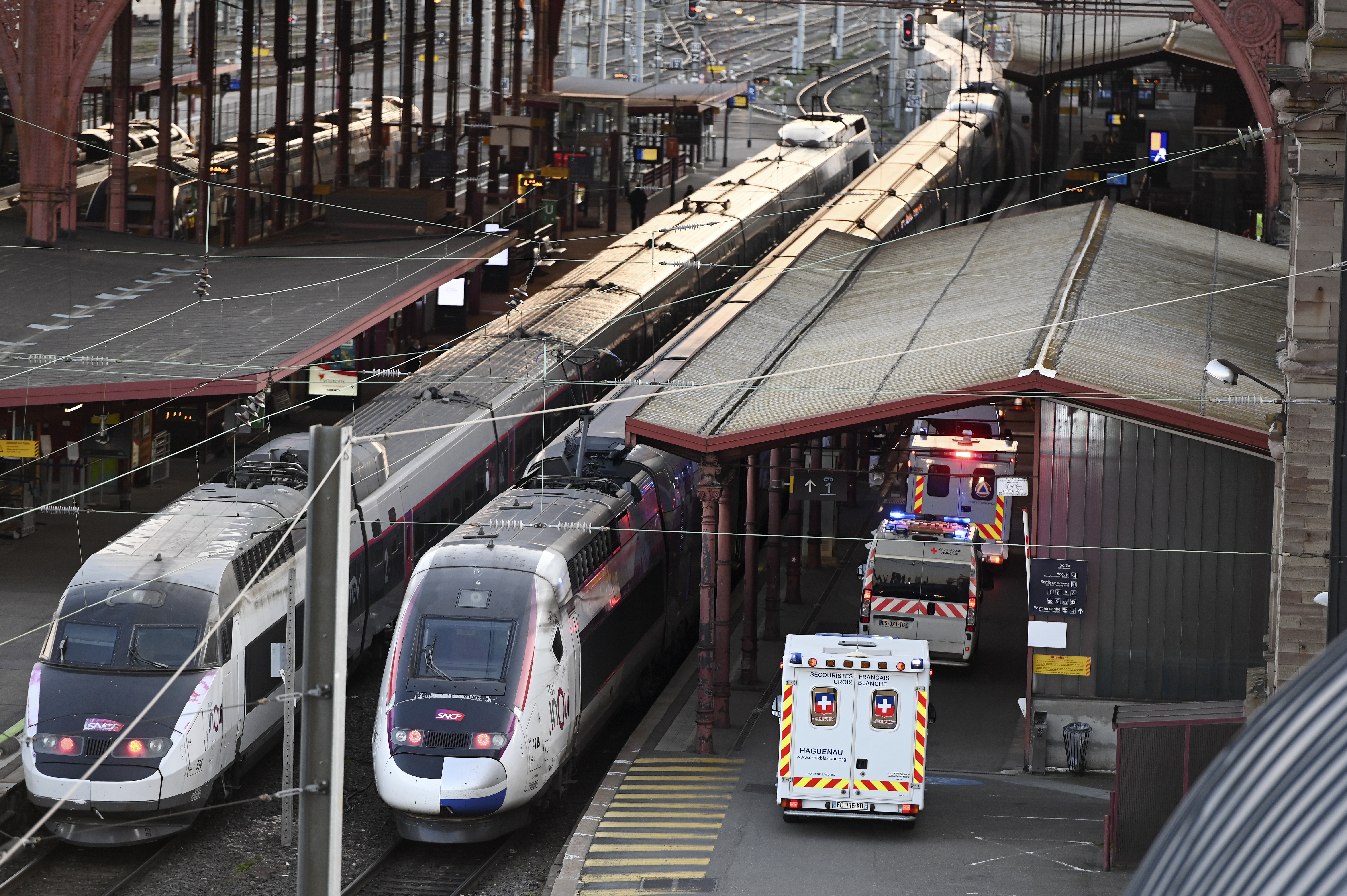 Patients will be transferred from Strasbourg to the Loire region in an attempt to ease the pressure COVID-19 is putting on hospitals in France's eastern areas. /Frederick Florin/AFP

Patients will be transferred from Strasbourg to the Loire region in an attempt to ease the pressure COVID-19 is putting on hospitals in France's eastern areas. /Frederick Florin/AFP

German chancellor Angela Merkel's second COVID-19 test came back negative on Wednesday. A government spokesperson said she will continue to work from home and will be tested again at the beginning of next week.

Consumer sentiment in Germany has slumped to its lowest level since the 2008 financial crisis. In its monthly consumer sentiment index, Nuremberg-based market research firm GfK forecasts a decline of 5.6 points to 2.7 points for April. The index has only ever been lower once before – at 2.6 points in May 2009.

Amazon says it plans to hire several hundred additional employees in Germany to keep up with increased demand from customers. The company also says it is prioritizing delivery of household goods, food and other necessary items that are harder for customers to procure at the moment.

The European Parliament has approved three emergency plans to help combat coronavirus. MEPs unanimously agreed to relax slot rules for airlines: these rules mandate that carriers operate 80 percent of their take off and landing times. If they don't, they lose privilege the following season.

MEPs also signed off on the $40 billion (€37bn) Coronavirus Response Investment Initiative, an investment fund to support healthcare systems, workers and businesses across Europe. Lastly, they agreed to provide financial assistance to member states and also countries negotiating their access to the EU that are seriously impacted by major public health emergencies.

The vast majority of MEPs weren't physically in the Parliament chamber, but voted remotely. This was the first e-voting session in the EU Parliament's history.

In Belgium, all passengers arriving at the Brussels Airport are now being ordered to quarantine for 14 days, a measure that's also required of people simply picking up passengers at the airport.

The country has reported 4,937 confirmed cases of coronavirus and 176 deaths as of Wednesday.

The Hungarian Defense Forces have set up a field hospital on the premises of Budapest's Szent Laszlo Hospital to better respond to the coronavirus pandemic. Medical officers said the field hospital could assess and direct patients to the appropriate facility.

The latest COVID-19 victim in the country was Steven Dick, 37-year-old, deputy head of mission at the British Embassy. It's unknown whether he had underlying medical conditions.

Switzerland has introduced temporary restrictions on the export of protective medical equipment. From today, licences will be needed to export masks, gloves, goggles and swabs. The measure is aimed at heading off shortages among medical staff in the country, which will shortly start its own domestic production of face masks.

From Thursday, the Swiss government and central bank will start pouring money into the slowing national economy to help it deal with the effects of the coronavirus pandemic. The cabinet signed off a 20 billion Swiss franc ($20.4 billion) emergency fund, through which companies can get no-interest loans. So far, 34,000 companies with around 484,000 employees - almost 10 percent of the Swiss workforce – have requested aid to compensate workers for shorter shifts.

Swiss tennis star Roger Federer and his wife Mirka announced they would be personally donating 1 million Swiss francs ($1.02 million) to help the most vulnerable families in Switzerland impacted by the coronavirus pandemic.