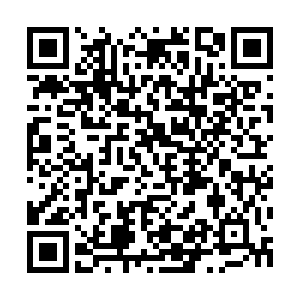 "We're on a war footing, as if we were digging trenches," says one healthcare professional. But another says: "It's like fighting a war with a toy gun." While a third warns that: "It will end up like in a war where soldiers don't die while fighting on the battlefield, but because of lack of equipment." Because of this, says another, medics feel like "cannon fodder."

To follow the extended military metaphor, the lethality does not just come from the enemy. Fighting against a seemingly irreversible rise in patient numbers, healthcare staff are also working themselves to the point of exhaustion, at which point they become susceptible to acquiring the very disease they're trying to conquer. And when COVID-19 carriers can be asymptomatic for a number of days, they can be spreading it around dangerously overstretched hospitals ever more full of the ill and infirm.

Although it was initially described as preying on the old and weak, the coronavirus is attacking medics in worrying numbers. The figures are startling. According to a report last Wednesday by Italy's Group for Evidence-based Medicine (GIMBE), health workers represent 8.3 percent of cases in what is now the world's worst-hit country. By Tuesday 24 March, Spain's ratio was 14 percent, according to the country's emergency health chief Fernando Simon. The very people that society desperately needs to stand up to COVID-19 are succumbing to it. One nurse comforts another, each in protective gear, at the Cremona hospital, Lombardy. /Paolo Miranda/AFP

One nurse comforts another, each in protective gear, at the Cremona hospital, Lombardy. /Paolo Miranda/AFP

"The problem right now is the supply of the protective gear," said GIMBE director Nino Cartabellotta. "We already have a limited number of doctors and nurses. Under extreme circumstances, we could even ask them to keep working even if they tested positive for coronavirus. Still, they should be equipped with protective devices to avoid spreading the virus further.

"If we don't provide them with adequate protection, it will end up like in a war where soldiers don't die while fighting on the battlefield, but because of lack of equipment. The more medical personnel are infected, the weaker the responsiveness of the healthcare system."

In the areas where the virus struck first, that is already happening. Cremona is one of Lombardy's worst-hit towns; at the nearby Oglio Po hospital, director Daniela Ferrari revealed this week that one in five personnel has tested positive for COVID-19, including 25 doctors out of 90.

Retired doctor Romano Paolucci returned to help out at Oglio Po, but the numbers are stacking up: "We are at the end of our strength. We don't have sufficient resources – and especially staff, because apart from everything else, now the staff are beginning to get sick." 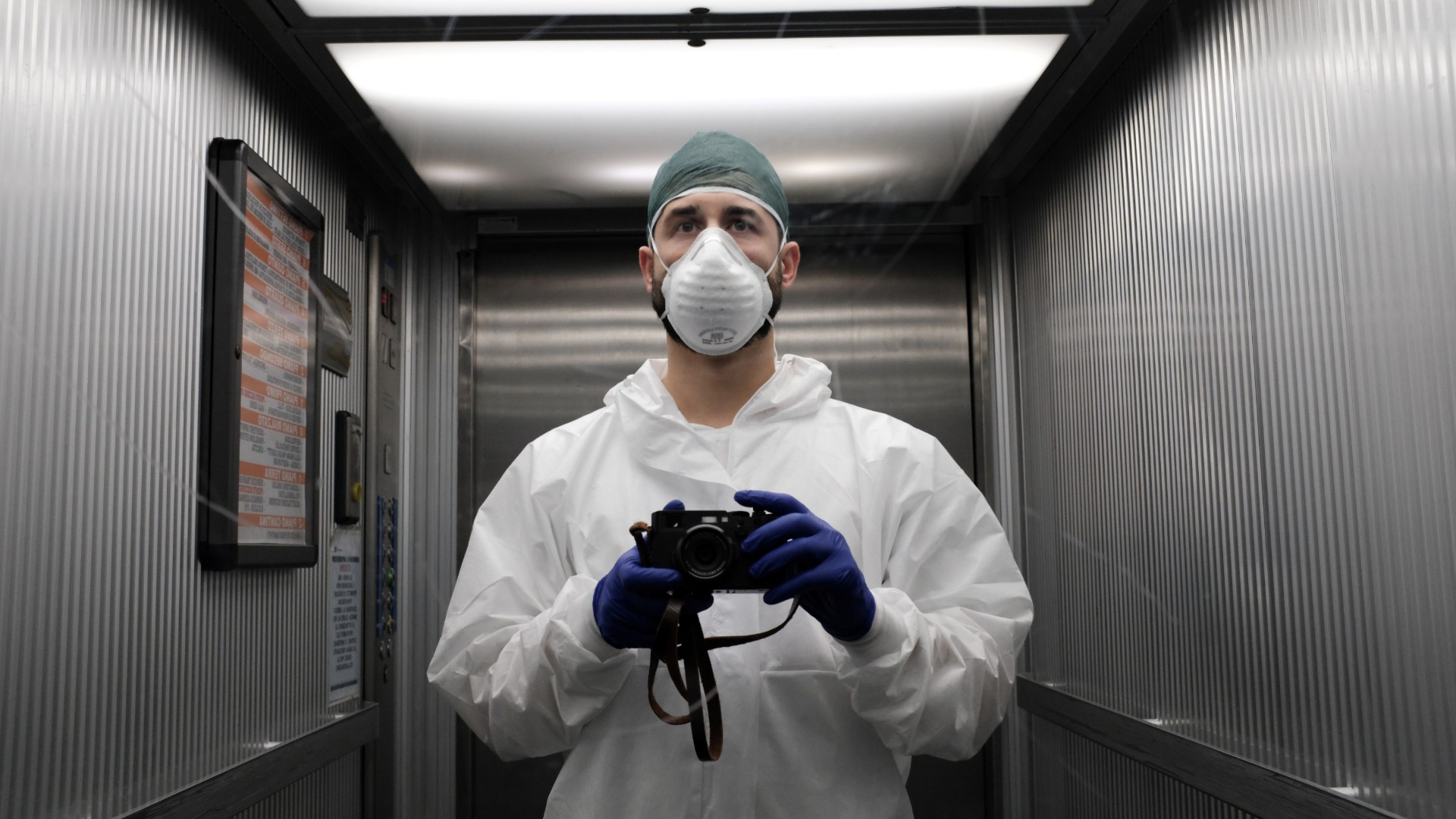 The problem isn't unique to Cremona – or for that matter to hospitals. In Bergamo, northeastern Lombardy, 134 family doctors out of 600 (22 percent) are ill or quarantined, according to local GP association head Guido Marinoni. The city's nursing homes have 5,805 workers, of whom 1,464 – 25 percent – are infected.

It seems that healthcare professionals can become unwitting vehicles of contamination: infected by patients but often initially asymptomatic while contagious, those hard-working medics can unintentionally spread the disease themselves – especially community doctors before a lockdown.

"If a person with the disease contaminates on average another two people," says Marinoni, "a doctor who is moving around the community can contaminate at least another 10 people – and this spreads the contagion in an exponential way."

Marinoni notes that for the first two weeks after Italy's initial case, those family doctors were not given masks and gloves. "It's like fighting a war with a toy gun," he says. "I hope the rest of Europe learns from the good things Italy did, but also from our mistakes." While Marinoni despairs, some are angry. "The government should have thought of this some time ago," says Cartabellotta. "It is logical that following the global explosion of the pandemic, countries producing masks and other protective devices are now keeping them to themselves and have stopped their exports."

Outside Italy, others not as far along the curve are frightened as they await the full force of COVID-19. In the western French city of Anger, as her hospital tries to stockpile surgical blouses, face masks and disinfectant gels, intensive care nurse Emmanuelle Dubourg Davy says: "We're on a war footing, as if we were digging trenches."

Again, the military metaphor is hardly ill-fitting: in eastern France, where intensive care units are already overwhelmed, the army has set up a field hospital and is flying in patients from around the country. As the infection spreads, Dubourg Davy and her colleagues are on the front line and the odds are bad. Anne Geffroy-Wernet, an intensive care doctor at Perpignan's main hospital and a union leader, predicts that as many as 40 percent of such health workers could fall sick.

"We are fighting the spread of the virus by imposing a lockdown on society, but we also need to stop it spreading within the health sector," said Italian trade union representative Rossella Delcuratolo. "Health workers live in fear of infecting people at work and at home." 'Lambs to the slaughter'

The sudden huge spike in the need for personal protective equipment (PPE) has caused shortages across Europe. Some Spanish doctors, having run out of disposable coats, have had to tape garbage sacks to their arms. In London, some nurses have tied plastic aprons around their heads or clinical waste bags around their legs. No wonder Rinesh Parmar, chair of the (UK) Doctors' Association, said: "We have had doctors tell us they feel like lambs to the slaughter, that they feel like cannon fodder."

A lack of protective equipment is one thing, but it seems that even some levels of protection are proving insufficient; for instance, some masks are better than others. There is a clear difference in efficacy between surgical face masks – the standard rectangular type, often a pale blue – and FFP3 (filtering facepiece level 3) respirators, the more circular design with a central circular exhalation valve.

The rectangular surgical masks will filter out any particles larger than 0.1 microns, depending how well-made they are. However, the vast majority of virulent droplets are smaller than this, and the loose fit at the edges of the mask means more pandemic-carrying particles can access the wearer's mouth and nose round the side. FFP3 respirators block anything larger than 0.06 microns and they also fit snugly around the nose and mouth, significantly reducing access.

The mask that can save lives

As cases spiral upwards, the UK's National Health Service has joined the desperate scramble for PPE. B Nirmal Kumar, a surgeon who is also a director of medical education, ends his interview with CGTN Europe by pleading with Prime Minister Boris Johnson to make sure his colleagues are adequately protected.

"The front line [staff] need enhanced protection," Kumar tells CGTN Europe. "The FFP3 mask provides good protection both for the medical professional and for the patients, because it's a two-way process – we don't want to spread it in the community too. We have heard reports of colleagues being infected, who are being treated in the intensive care units. So it is protection-essential, prime minister, please, because our healthcare staff are vital for the health of the rest of the population."

Kumar notes that one of the countries to have stopped COVID-19 cases curving upward, Singapore, was ready and supplied at the medical front line: "They provided good protection right at the outset for all their professional medical professionals, nurses, doctors and the front line, full FFP3 masks – and they had almost a zero percent healthcare workers being infected."

As scientists learn more about the communicability of the virus, the World Health Organization (WHO) is warning that the virus particles can survive airborne for several hours – and they say this has particular ramifications for medics who perform procedures such as intubation, where a tube is placed down a patient's throat to aid breathing.

"When you do an aerosol-generating procedure like in a medical care facility, you have the possibility to what we call aerosolize these particles, which means they can stay in the air a little bit longer," explains Maria van Kerkhove, head of WHO's emerging diseases and zoonosis unit. It's therefore "very important that healthcare workers take additional precautions when they're working on patients and doing those procedures." A nurse rests after a 12-hour night shift at the Cremona hospital. Exhaustion is a major problem for healthcare workers. /Paolo Miranda/AFP

A nurse rests after a 12-hour night shift at the Cremona hospital. Exhaustion is a major problem for healthcare workers. /Paolo Miranda/AFP

Kumar agrees that medics face a double threat, which could be called both acute and chronic. "There is evidence that there are two types of exposure," he says. "One is an intense viral exposure in a very heavily infected patient, as was seen in the SARS epidemic in Toronto a few years ago, where the persons on the front line, who were putting the tubes in in the intensive care units without protection, got seriously ill – it did not matter how fit and well they were.

"On the other hand, you may have a low-level exposure on a daily basis without protection. Even in young and fit patients, that can be of concern. Until we know more about this pandemic, we need to protect our front-line staff, our trainees, with good masks that will allow them to provide the urgent work that we need to continue doing while waiting for the routine work to be done at a later stage."

There is one final danger: that well-meaning medics, facing an overwhelming caseload, work themselves so close to exhaustion that they render themselves more vulnerable. There has been much talk about attempts to "flatten the curve" by delaying the peak of cases; this, though, is a problem from the other direction, wherein the line of healthcare capacity – the line we're trying to flatten the curve under – starts to drop as doctors and nurses themselves fall prey to the virus.

Kumar insists that no matter how bad the situation gets, it is "absolutely essential" that medics get sufficient rest if they are to remain a help rather than a hindrance. "Immunity is best when you are well-rested, you are well-fed and you're not exhausted," he says. "The most basic requirement for a human to function well is good sleep: having six or seven hours of sleep for a young professional is vital.

"Exhaustion does not help your immune system, however fit you are otherwise. Evidence from China and Italy is clear that medical professionals need good protection and at the same time they need to have their health looked after – first of all by themselves, but also by the hospitals and authorities to allow them to get that rest and relaxation."