What will be the economic fallout of COVID-19?
Andy Murray 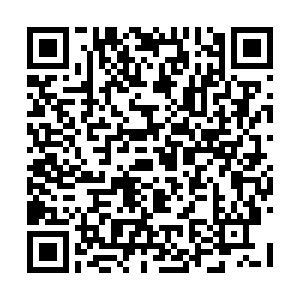 An elderly woman wheels her shopping trolly down a deserted high street in Cardiff, South Wales, after the UK was put into lockdown. /Geoff Caddick/AFP

An elderly woman wheels her shopping trolly down a deserted high street in Cardiff, South Wales, after the UK was put into lockdown. /Geoff Caddick/AFP

Over the past week, European governments have announced a raft of economic rescue packages worth at least a combined $1.85 trillion to combat the financial effects of the COVID-19 pandemic.

With more financial stimulus expected in the coming weeks from other central banks in the European Economic Area (EEA), plus increases to existing plans, the continent is determined to ensure its short-term financial stability. Many economists predict the cash injections needed over the next three months and beyond will ultimately dwarf those made a decade ago during the banking crisis.

But at what cost? What does this mean for the medium- to long-term impact to countries once the crisis is over? After years of being told European governments can't afford to spend such vast sums, preferring to reduce debt and deficit, what will be the fallout?

Who has promised what?

Germany is top of the tree. Chancellor Angela Merkel has pledged "unlimited" funds, with an initial $587 billion injection announced last week, around 15 percent of its GDP. Proposals are afoot to increase this to $800 billion by the end of this week, after Berlin fast-tracked an emergency budget on Monday. What governments are committing to COVID-19 rescue packages

What governments are committing to COVID-19 rescue packages

"We're putting all our weapons on the table,' said finance minister Olaf Scholz.

The UK has promised $398 billion to support businesses (14 percent of its GDP), including grants and business loans. While France has pledged $323 billion (nearly 12 percent) and President Emmanuel Macron also set aside $50 billion for immediate economic aid.

Italy, the European country worst affected by the pandemic, has approved an emergency $28 billion plan to support its businesses that have been affected by a nationwide lockdown. This represents 1.5 percent of its GDP.

Spain will support its economy with a $220 billion package, including paying benefits to workers temporarily laid off. It will also suspend mortgage payments for those affected by the crisis. At 15.7 percent of its GDP, no country has pledged a bigger proportion of its income, at least until Germany's new measures are formally ratified later this week.

Even smaller economies, such as Latvia ($1.07 billion, three percent of GDP), have put forward plans to protect businesses and their workforce.

On average, EEA countries are contributing about five percent of their GDP to protecting financial stimulus. What governments are spending as a proportion of their total GDP

What governments are spending as a proportion of their total GDP

Why was this needed?

The short-term goal is two-fold: to protect otherwise profitable businesses from going to the wall and secondly to support workers whose hours have been massacred by the need to contain the coronavirus pandemic. All finance comes from government borrowing, helped by the reduction of central banks' interest rates a month ago to almost zero.

"Governments were forced into action and they've mainly delivered what was needed," Thomas Sampson, an associate professor at the London School of Economics, tells CGTN Europe.

He explains that governments want to create conditions for a V-shaped recovery once the pandemic passes, whereby markets and business recover at a rate similar to the inevitable fall while the coronavirus crisis is at its worst.

"It's like putting the economy in the freezer. You want to freeze it as it is now, so that when everyone goes back to work, we can pick it up where we left off," says Sampson. "By supporting businesses, you increase the speed at which things can get back to normal."

Protecting low-income workers has been especially important, so consumer spending continues despite the enforced closure of shops through lockdowns across the continent.

The next step is to provide similar measures, particularly grants as opposed to loans, for small companies in need of a more immediate cash injection and the self-employed. Germany's new plans include a provision for $15,000 over three months.

Certain sectors require further attention, particularly leisure and tourism in the Mediterranean or central Europe's cafe culture, both of which provide a significantly to their countries' economies. Airlines are also asking for governmental relief.

New measures are being put in place to help businesses, like these in a shopping center on the outskirts of Troyes while France is in lockdown. /Stephane de Sakutin/AFP

New measures are being put in place to help businesses, like these in a shopping center on the outskirts of Troyes while France is in lockdown. /Stephane de Sakutin/AFP

What will be the fallout?

Once the crisis passes, there will be a major reassessment of where each government's finances stand and what they can afford going forward, but "there's no economic need for it to be paid back quickly, it will be more of a political choice," says Sampson.

That will eventually be done by cutting public spending or raising taxes, but over a longer period than after the 2008 financial crisis because of the pandemic's unprecedented nature.

"The medium- and longer-term fallout is higher government debt and an indefinite future. Once conditions return to normal, that debt has to be financed," Iain Begg, a professor at the LSE, tells CGTN Europe.

"If it's a three-month blip and we're back to normal, then there should be no problem, but if it lasts closer to a year, or it goes away and comes back again, then it's a different story entirely. Anyone who tells you they can put a number of months on this is making it up as they go along."

Begg is an expert in EU economic policy and sees a key difference between the impact of coronavirus and the last financial crisis.

"There was a playbook. Nationalize the banks and so on. This is between a war, which have traditionally had economic benefits, and a financial crisis. Everything is on lockdown, so the uncertainty over how long it lasts is a big problem," says Begg.

Business is slow at this covered market in Chaource, France, as the government promises economic aid. /Stephane de Sakutin/AFP

Business is slow at this covered market in Chaource, France, as the government promises economic aid. /Stephane de Sakutin/AFP

Italy, which has pledged $28 billion, had a slow economy to begin with. What will the effect be there and other countries with economies still recovering from the last recession?

"They'll have more catching up to do and may need support from various European funds like the European Stability Mechanism. We're not there yet, it's only if the economy tanks and their debt-to-GDP ratio becomes much higher that they'll have to engage in those Greek bailouts," says Begg.

Based on 2,000 years of economic history, according to Begg, these measures can cause inflation in the long term, once businesses are up and running again. This will be gradual, but will start when confidence returns and consumers start spending again.

It isn't, however, all doom and gloom.

"I would be reasonably optimistic that although we're in for a hairy ride, a way will be found to find the levels of cash necessary. In these emergency circumstances, they'll want stability and then work out how to deal with the rest by the time the dust settles," concludes Begg.

After years of financial prudence, governments have let go of the economic leash. How they'll rein it in again is another matter.