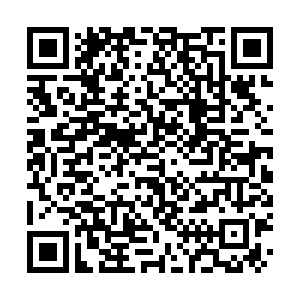 "Whole markets are completely breaking down."

That's not the view of a radical economist, or a kooky professor at an institution you've never heard of – no, those are the words of Peter Altmaier, the German finance minister.

In an interview with the Handelsblatt newspaper, he underlined just how threatened the global market system is, as the COVID-19 pandemic continues.

There was hope today a new deal in the U.S. would provide a welcome boost for traders, but lawmakers again refused to pass the huge stimulus worth almost $2 trillion.

The European Commission, on the other hand, has removed its stringent budget rules in an attempt to free up capital and allow member states to approve large packages.

And in Mexico, President AMLO, as he's known, announced no tax breaks or financing packages for big companies, instead saying "the poor" would be the focus of relief efforts.

Finally, do make sure you watch the video in today's briefing. We talk to workers and managers at the Honda factory in Wuhan about going back to work after a two-month break.

Reading online? Sign up here to get Global Business Daily emailed directly to you.

In the U.S. the Dow Jones Industrial Average has recovered significantly on hopes that lawmakers may soon come to an agreement on a stimulus package. Those hopes still seem a fair way off, though, as Senators blocked a $2 trillion deal for the second time, over the lack of controls on how corporations could spend the cash.

The European Union's finance ministers have agreed to suspend their tough rules covering countries running deficits, because of the impact of COVID-19 on member states' economies. It is the first time the measures, which have been a key part of EU policy, have been suspended.

A group of FinTech start-ups in London have created what they are calling "CovidCredit" – a tool to help freelancers calculate lost income and prove it using open banking, as the UK begins its period of lockdown.

International Olympic Committee chief Thomas Bach said he and Japanese prime minister Shinzo Abe did not discuss the cost of postponing the 2020 Tokyo Olympics to the summer of 2021, because the decision was made to "save lives." Organizers said they hope the Games can be the "light at the end of the tunnel" for the COVID-19 pandemic.

The union representing bank workers in Italy says it may call a strike if concerns over their safety are not addressed, as the pandemic continues to kill in large numbers in the nation.

After nearly a month of searching, the European Commission said it has found firms willing and able to supply 25 of 27 member states with facemasks and other protective equipment.

German Chancellor Angela Merkel – who today tested negative for COVID-19 – has agreed to an $810 billion stimulus package, aimed at boosting the economy after the pandemic.

Iranian president Hassan Rouhani has said about half of all government workers in the Middle East's worst-affected country are working from home to stop the coronavirus spreading further.

A group of textiles and fashion firms in Italy will soon be able to provide half the face masks the country needs to halt the spread of the virus, according to the national emergency commissioner Domenico Arcuri. He said many more were being delivered from China by plane.

The Chinese government will begin relaxing restrictions on travel to and from Hubei province, in an important milestone in the country's two-month battle against the COVID-19 pandemic. The Hubei Health Commission announced it will begin on Wednesday and initially apply to all areas of the province except for Wuhan.

China is urging local governments to step up efforts to boost car sales. A statement issued by the Ministry of Commerce and the NDRC says the measures can include subsidies for buying new cars and incentives to trade in old vehicles for new ones.

G20 leaders will congregate via video conference on Thursday to discuss the group's response to the ongoing global health crisis. Finance ministers and heads of central banks will meet in a similar fashion to come up with an "action plan," it is understood.

Mexican President Andres Manuel Lopez Obrador (or AMLO) said "the poor" would be the focus of any financial recovery aid his government put in place, as he decried previous bailouts that have focused on banks and businesses and ruled out tax assistance for big firms.

Japanese pharma firm Anges and Osaka University have revealed they will soon begin testing a COVID-19 vaccine on animals – an important step in the fight against the virus.

After two months in lockdown, the workers at the Dongfeng Honda factory in Wuhan are back at work. The city's epidemic control efforts have allowed life to slowly return to normal, even if the factory manager said it was a "rush" to complete orders after the enforced quarantine. 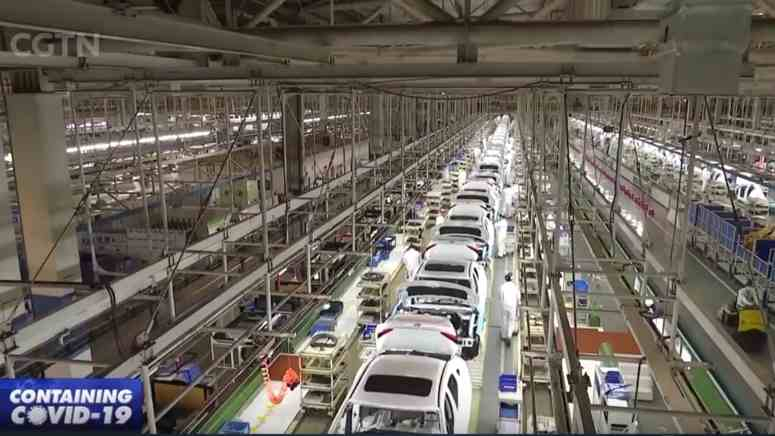 Ben Evans is a personal trainer in the UK – but with travel prohibited and people encouraged to work from home, he has moved increasingly to offer online classes. Ben talked to CGTN Europe about the challenges of moving a physical business online.

How has demand for online fitness classes changed?

Well, certainly in recent weeks, the demand for my fitness classes has definitely gone up pretty gradually, it's been rising over the last two years. I personally haven't been giving online courses until about six months ago, but it is definitely on the rise in the last few years.

Have you noticed the increase lately?

Definitely. In the past, our clients trained here in the gym. They've all now transitioned to online training over the last couple of days. But certainly people coming from outside of Facebook and just general public, there's definitely been more of them coming to us online in the last few months.

And for your experience, you're a personal trainer, how hard is it for you to work out a fitness routine or a program for each individual remotely?

It makes it slightly harder because obviously you're not with the client. So, if you need to adjust their posture, you need to just stop there and try to explain that on the webcam where they need to reposition themselves, whereas in the gym you could do that a lot easier.

How hard is it then for you to be able to do it?

It's harder, but it's not impossible. I mean, I've been in personal training for 10 years, so [have gone] through the transition from groups to one on one or small group classes like we run here to online has been tough.

But I'd like to say we have to be able to adapt and overcome anything that comes at you in this industry. And, unfortunately, this is quite a big transition for ourselves and for our clients as well.

Did you have clients who preferred online classes even before they came?

Yes, some do. I mean, a lot of our clients are, you know, very high up in their careers. Are very, very busy and don't have much time. And quite often they'll ask for online training so they can do it if they're away on a business conference, so they can do it in a hotel room. So if they've got a laptop or an iPod or some other device, we can still run through their training.

Don't panic. I mean, there's always something you can do. You don't necessarily need an expensive gym membership. There's always stuff you can do in your own home and your garden.

Do you think this trend will continue after the crisis is over?

I think there will always be a demand for person-to-person training when it comes to working out. Most people do like the personal touch. But as I say to some people, working online is better. It's a lot easier for them. Obviously, less travel costs, less travel time. I think what this will do is highlight how much more convenient working online can be and that's perfect for us.

Our updated map of COVID-19 deaths in Europe. To keep up to date with coronavirus news in Europe, you can sign up to our midday bulletin here. 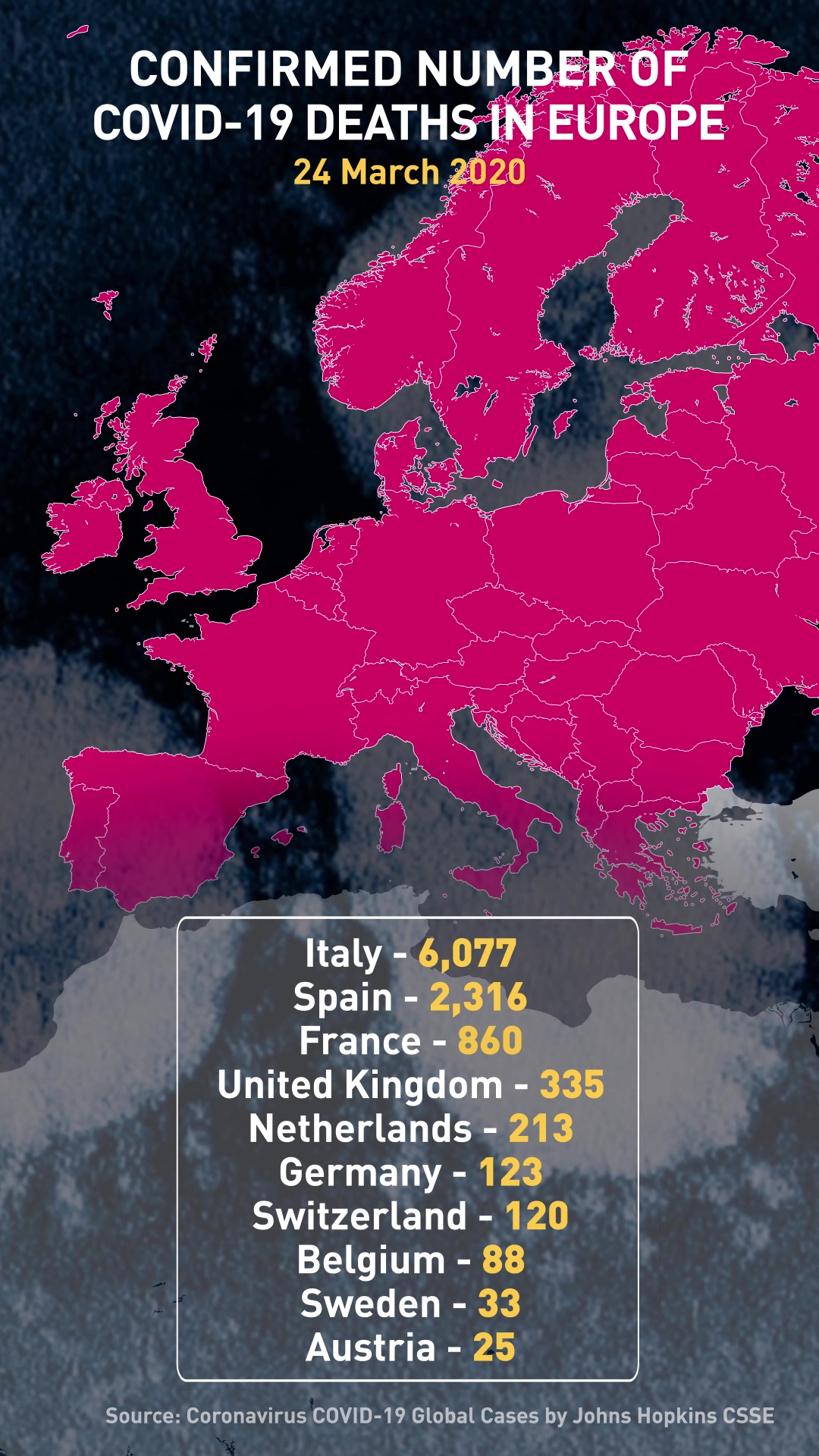