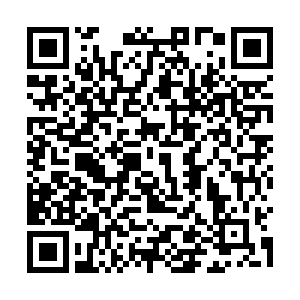 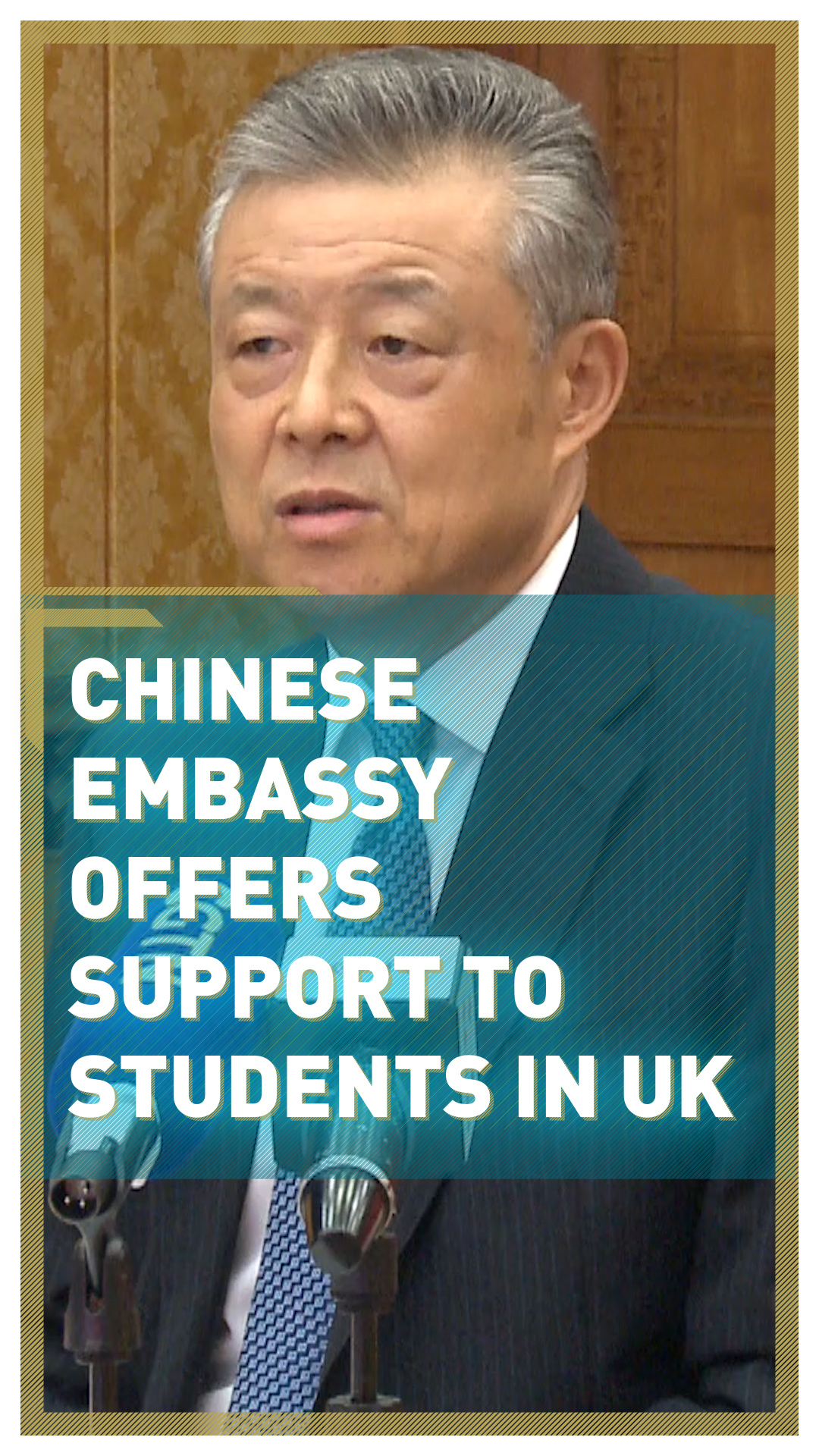 The UK has more than 110,000 Chinese overseas students being educated in 150 universities, but how well are they coping with their lives and studies in the UK at the moment? The Chinese ambassador to the country has stepped in to help.

On Monday, a video conference call was made between Liu Xiaoming and student representatives who have decided to stay in their country of study during the COVID-19 pandemic.

Liu Xiaoming said: "We have set up a hotline with 150 universities in the UK, with Chinese students studying there, to respond to their needs as soon as they raise them.

"We care about the safety and security of every Chinese student in the UK and will never leave anyone behind."

When the epicenter of the epidemic was in Wuhan, the Chinese students in the UK voluntarily donated more than one million yuan ($140,000) worth of protective materials to Wuhan.

Having contributed a lot to the progress made by China against the outbreak, they are now the ones who need help. On behalf of the Chinese government, the embassy in London will hand out 200,000 boxes of protective equipment to all the Chinese students.

In the meantime, student representatives have been telling the ambassador about their current living conditions and psychological state.

One student representative said: "11,000 pairs of masks have been distributed [to Chinese students] through the Cambridge Federation of Students. At the same time, we have also established a community in the Cambridge area, with 10 to 12 people in each mutual help group."

Most of the 110,000 Chinese students in the UK haven chosen to stay through the epidemic. They have set up many help groups named "fighting against COVID-19" and have helped each other with living materials and mental wellbeing.

Yu Yue, a student representative, said: "In the UK, especially in London, our supplies are relatively sufficient, so the bigger problem is everyone's psychological problems.

"So, how to deal with it in such a difficult period, when everyone's psychological pressure is relatively high, and you can't go out on the street regularly as before, this requires us to help everyone to ease their emotions and build up their confidence every day in the mutual help group."

Several students also said it is helpful for them to not go back to China to avoid carrying infections into the country. 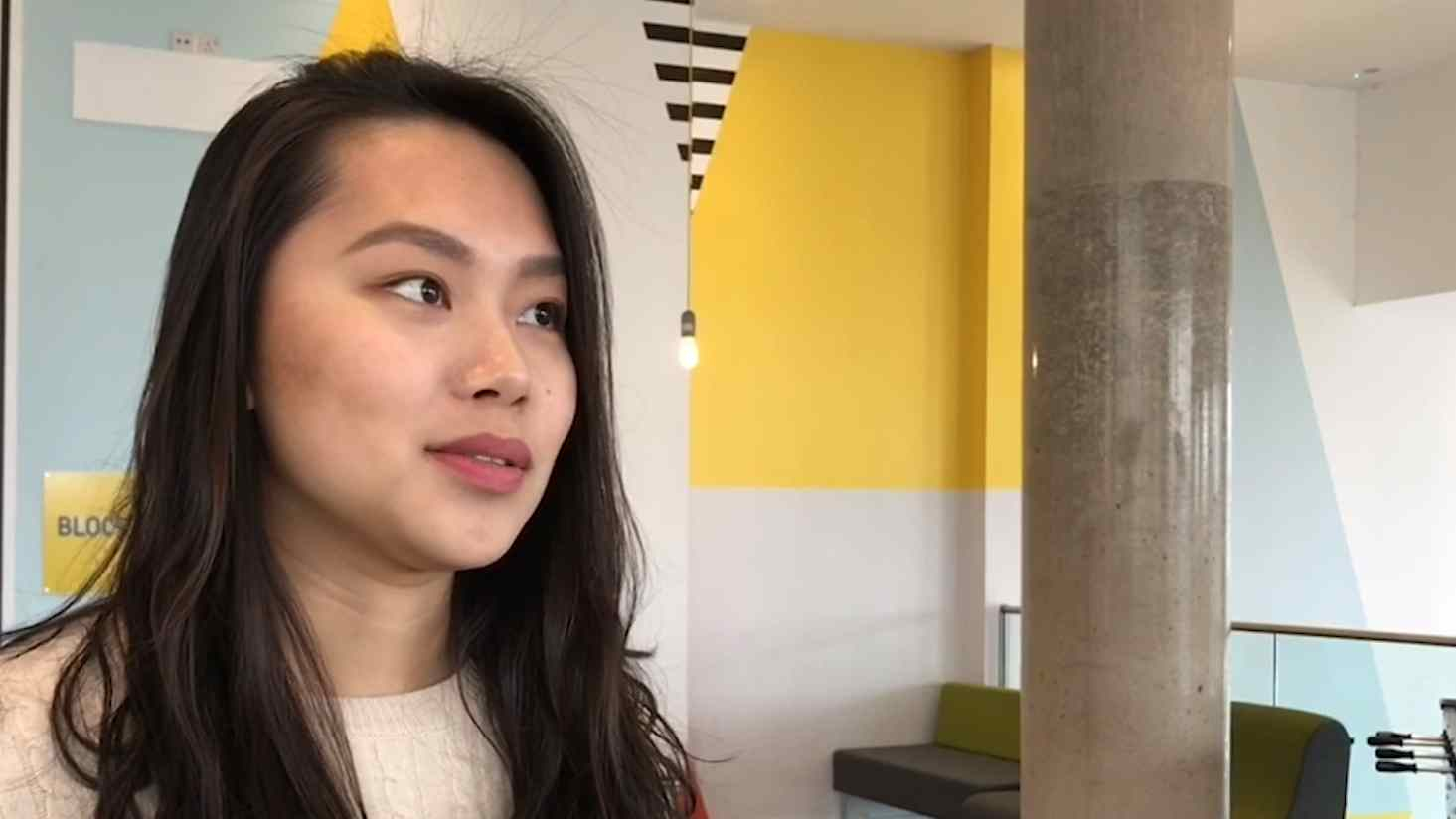 Cheng Yijia is staying in the UK. /CGTN

Cheng Yijia is staying in the UK. /CGTN

Foreign students are among the groups most affected by the tough measures against COVID-19 in the UK. As schools and universities are closed across the country, many are deciding whether to stay or leave.

"It's really difficult to get a ticket to China now. I believe the UK will take due measures against the virus," said Cheng Yijia, a student from Loughborough University. "I have assured my parents that I will take care of myself."

Yao Qingling, another student from the same university, has made sure her fridge is full as she stays: "The risk is high to get infected during long flights."

But not everyone is worried about daily supplies.

Li Yuanjie, their schoolmate, said he hasn't stocked anything at home.

"I think the UK is prepared for a long-term battle against the virus. I don't think there will be any issue of supplies of daily necessities."

China has reported zero homegrown cases of COVID-19 in recent days. All new cases have been imported through people traveling from abroad. Some of the students say they don't want to compromise China's fight against the virus at this critical moment.

"The airports are running at their full capacity right now. I don't want to add to the strain of the transportation and medical services by going home now," said Zhang Huanqiu from the University of Westminster.

"Nearly half of my Chinese classmates have decided to stay. I am confident that we will be able take care of each other in case anyone falls sick," said Zhou Xingze, from Loughborough University.

But it is not an easy time.

"I believe the pandemic's psychological impact is at least as big as its physical impact," said Li Yuanjie.

But many still believe staying put is the best option, at least for now.