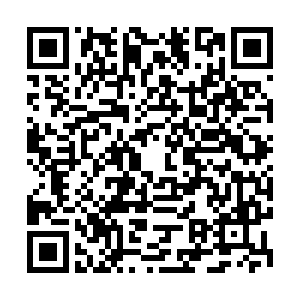 - Angela Merkel announced strict new rules ("not recommendations") restricting German citizens to meetings of no more than two people - shortly before it emerged that she is self-isolating after her doctor tested positive for COVID-19.

- Spain warned that "the worst is yet to come" after the country's death toll topped 1,700 and the number of confirmed cases rose to more than 28,000.

- Italy's Prime Minister Giuseppe Conte has ordered the closure of all businesses until 3 April with the exception of those required to maintaining the nation's supply chain.

- France's National Assembly voted for an emergency bill granting the government special powers to restrict freedom of movement and issue decrees for the requisition of certain goods and services over a period of two months.

- Up to 1.5 million vulnerable people in the UK who are at risk from COVID-19 should not step out of their homes for at least 12 weeks, the British government has announced. Deaths rise 48 to 281. 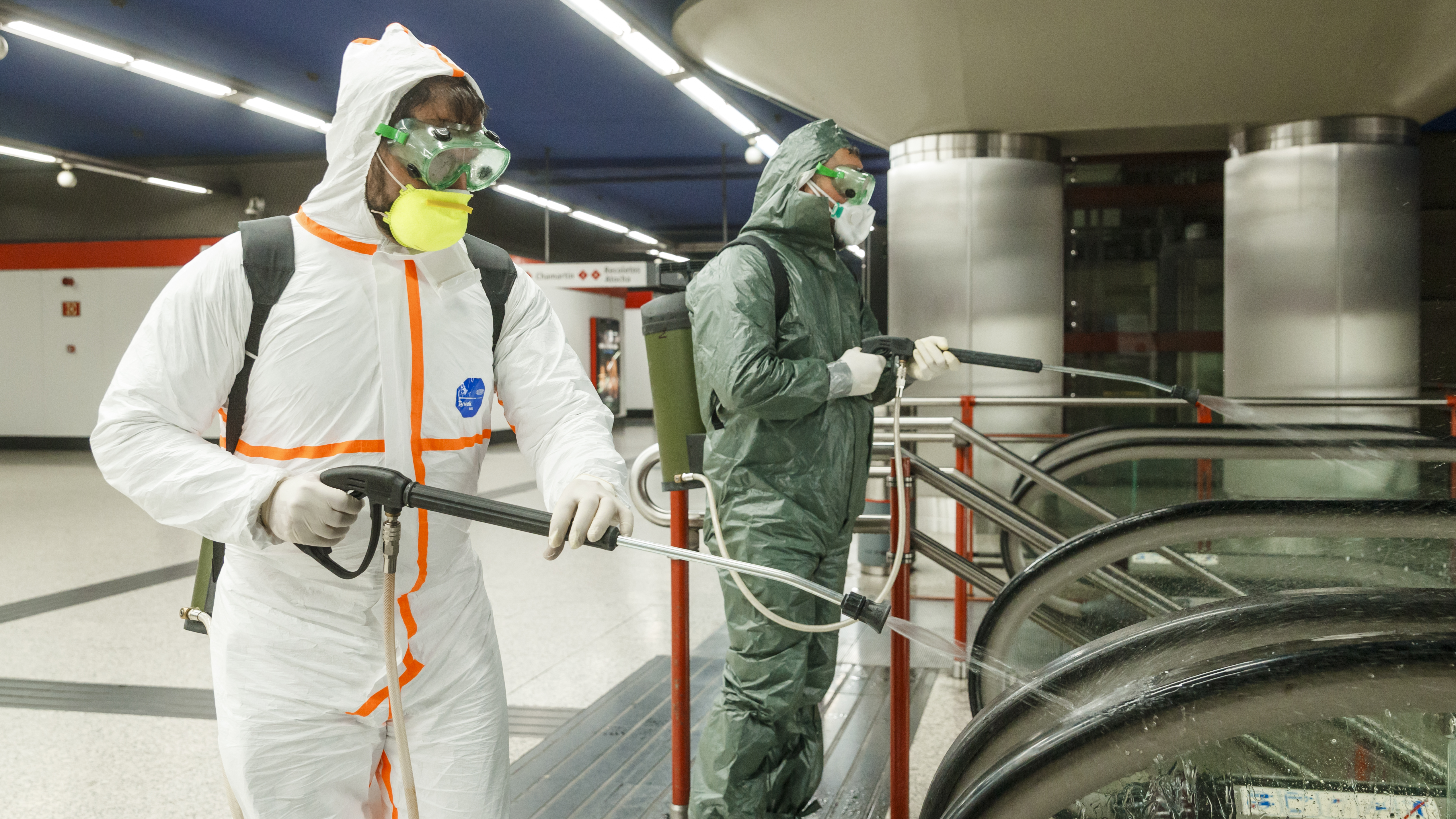 Spain has the second-worst outbreak of COVID-19 in Europe. /Baldesca Samper/AFP

Spain has the second-worst outbreak of COVID-19 in Europe. /Baldesca Samper/AFP

- France was considering closing its border with the UK on Friday if the latter had failed to take more stringent measures to contain the outbreak, French newspaper Liberation reported.

- Hospitals in the German state of Baden-Wuerttemberg have offered to treat critically ill patients from the neighboring Alsace region in France.

- Walt Disney is delaying the launch of its streaming services by two weeks following a request from the French government, the company said in a statement.

By Ira Spitzer in Munich

Germany has 22,364 confirmed cases and 84 deaths as of Sunday, 9:30 GMT, according to Johns Hopkins University.

Chancellor Angela Merkel will hold a teleconference with the country's 16 provincial leaders to discuss whether further nationwide restrictions are needed to slow the spread of the virus. Currently just two states have imposed limits on freedom of movement, although public gatherings have been banned and non-essential shops have been closed nationally.

By Richard Bestic in London

UK Prime Minister, Boris Johnson has warned that the country's health system is in danger of being overwhelmed unless the British people pull together to slow the spread of the disease.

Johnson has described the rising infections as 'very stark and they are accelerating.'

The UK, he said, was just two or three weeks behind Italy, which is registering thousands of deaths from the disease.

Meanwhile, Environment Minister George Eustace has called for an end to widespread panic buying in supermarkets and shops.

It's being reported that Spain will extend the state of emergency for another 15 days after the current one ends. This new lockdown till 13 April will cover the entire Easter holiday.

All hotels have been closed with some being converted into makeshift hospitals. Retired doctors and medical students have also been drafted in to help as the number of infected cases rise exponentially.

An Air Serbia Airbus A330 has touched down at Belgrade Airport - the only flight arriving here in days. Due to a COVID-19 outbreak, Nikola Tesla airport closed its operations on Thursday. At the tarmac, Serbian President Aleksandar Vučić and Chinese Ambassador Chen Bo were present to welcome a team of six Chinese medics and 10 tons of much needed medical supplies - respirators, face masks and anti-microbial medical gowns. 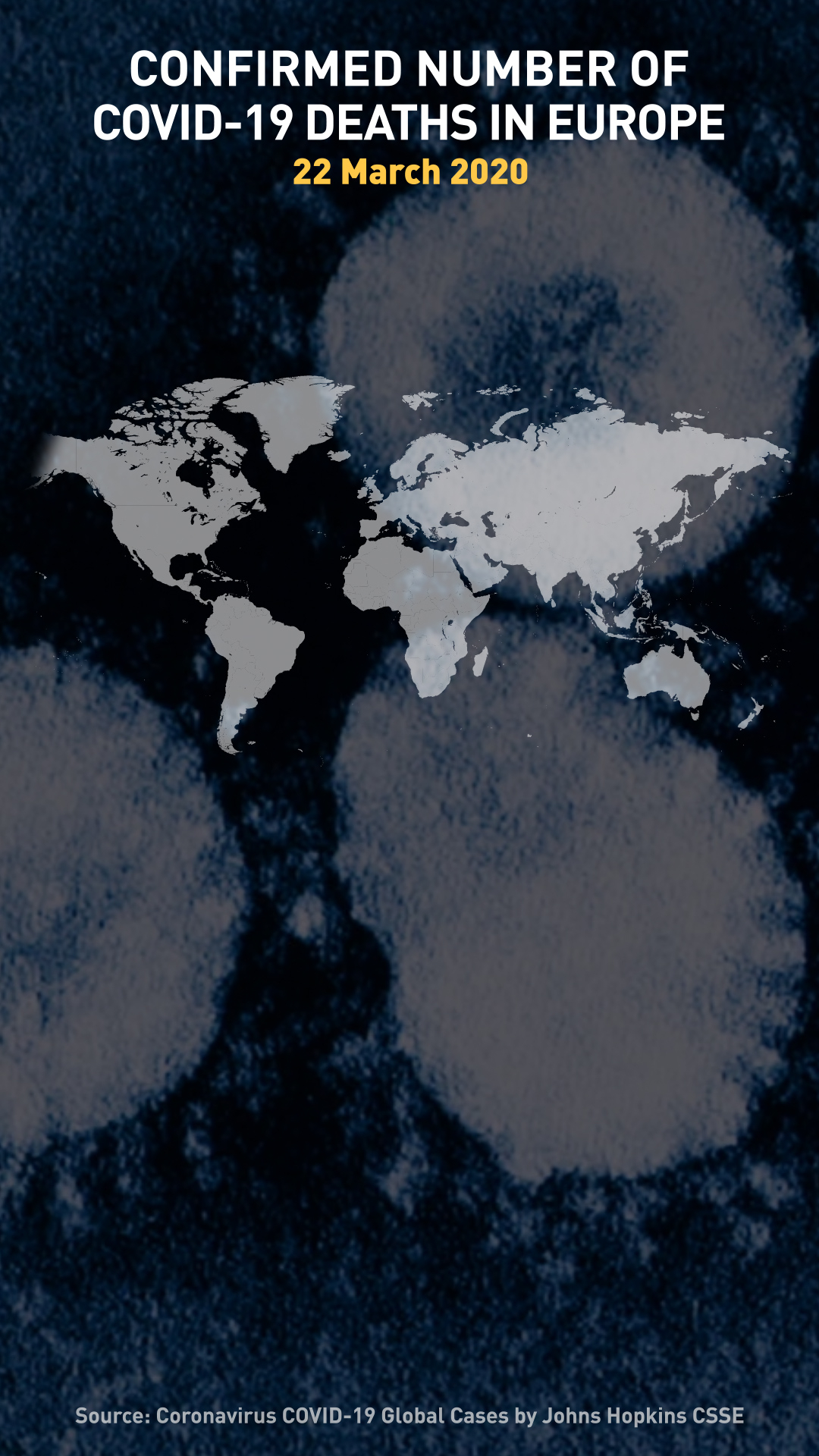 - PM Morrison: 80 percent Australia cases are imported, mostly from US